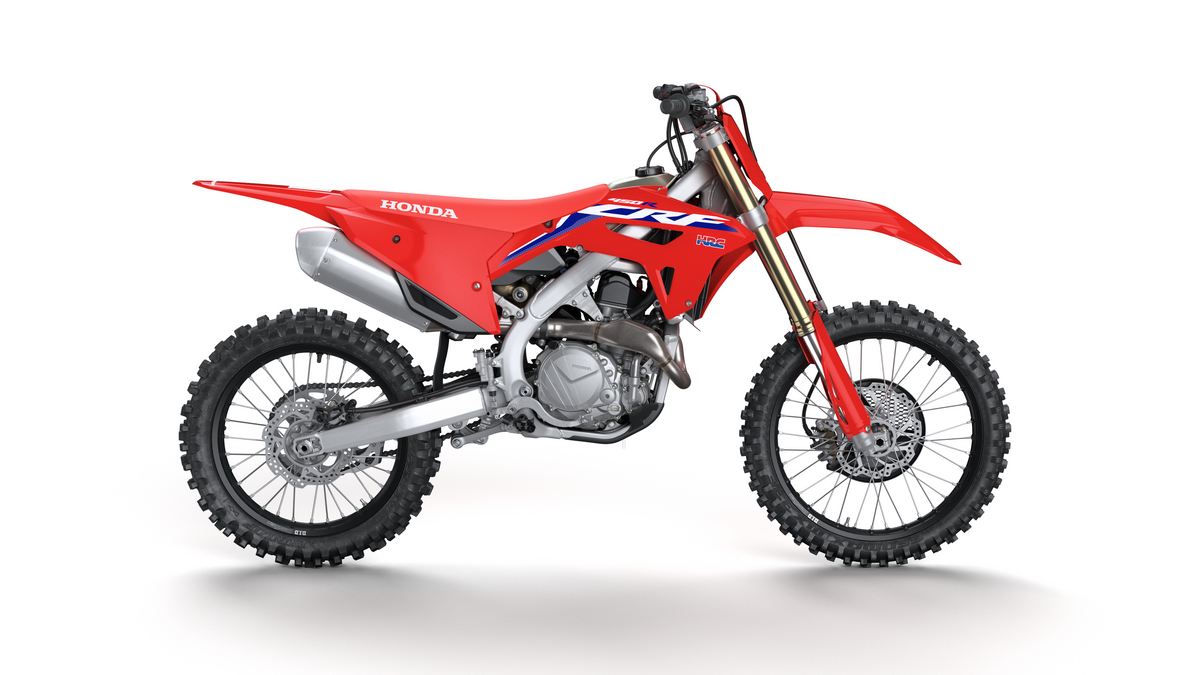 Not even 90 days into 2021 and already receiving big news from one of the OEMs about their 2022 line. Honda Powersports has announced that there will again be multiple versions of the incredibly popular CRF450R motorcycle in the next production run, including a “base” model and race-inspired Works Edition, and now a price-point bike, all of which will arrive at dealers over the next few months.

To say that Honda’s latest iteration of the CRF450R has been well-received would be an understatement. With an all-new engine and chassis that focused on power and precision, the bike received plenty of interest upon its debut early last year. Like many things, the manufacturing process was greatly impacted by the pandemic, and the total number of bikes produced was far lower than usual, especially for a bike that proved to be so popular.

Honda has already taken advantage of the CRF450R’s reputation and versatility by expanding the platform from the race track into off-road and dual-sport riding. The 2022 lineup will feature six motorcycles unique in their own ways, but we’re most interested in the motocross bikes.

As expected, Honda has refined the still-new marquee CRF450R and CRF450RWE motorcycles with updated suspension and an improved ECU setting, changes that address the shortcomings universally noted in initial reviews (soft suspension settings, lackluster low-end engine performance). The 2022 CRF450R will have an MSRP of $9599 and be in dealers by May. The CRF450RWE will again feature an assortment of high-end components, including a hand-ported cylinder head, coated suspension, and parts from Yoshimura, Hinson, Throttle Jockey, and DID; it will have an MSRP of $12,399 and be available in August. 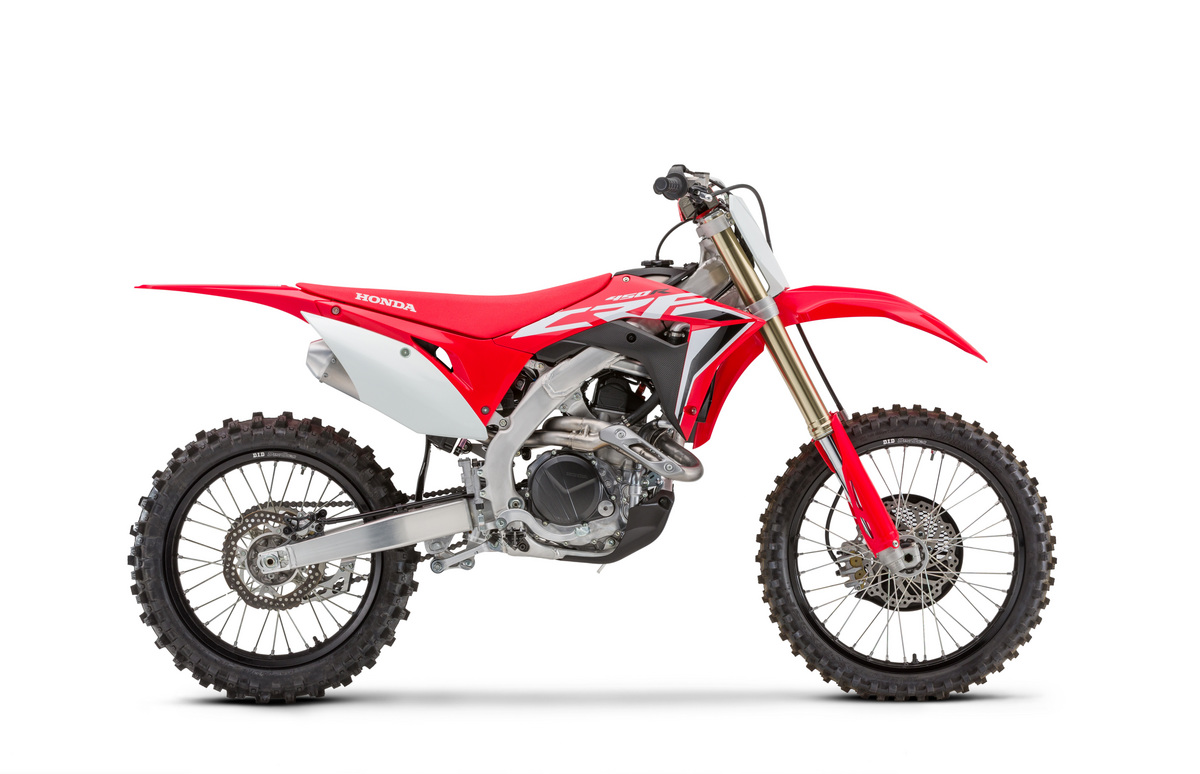 But, in our opinion, the biggest surprise of all is the CRF450R-S. Yes, it essentially is an unchanged 2020 motorcycle carried into a new year, but Honda’s decision to keep it in production stands to have a massive impact on off-road motorcycling as a whole. The brand stated that the recent boom in power sports sales encouraged them to keep the previous generation design in production again (they did the same in 2021 as a way to make up for the new bike’s limited supply), that the additional motorcycle inventory will help meet the buying public’s demands, and that it will bring a competitive yet cost-effective bike to market. The last detail is especially important. Honda knows there are consumers that don’t feel the need for the latest and greatest technology when riding; some just want to purchase a new bike without breaking the bank. The 2022 Honda CRF450R-S will carry an MSRP of $8599, significantly less than the top-billed CRF450R, and will be at dealers in September. 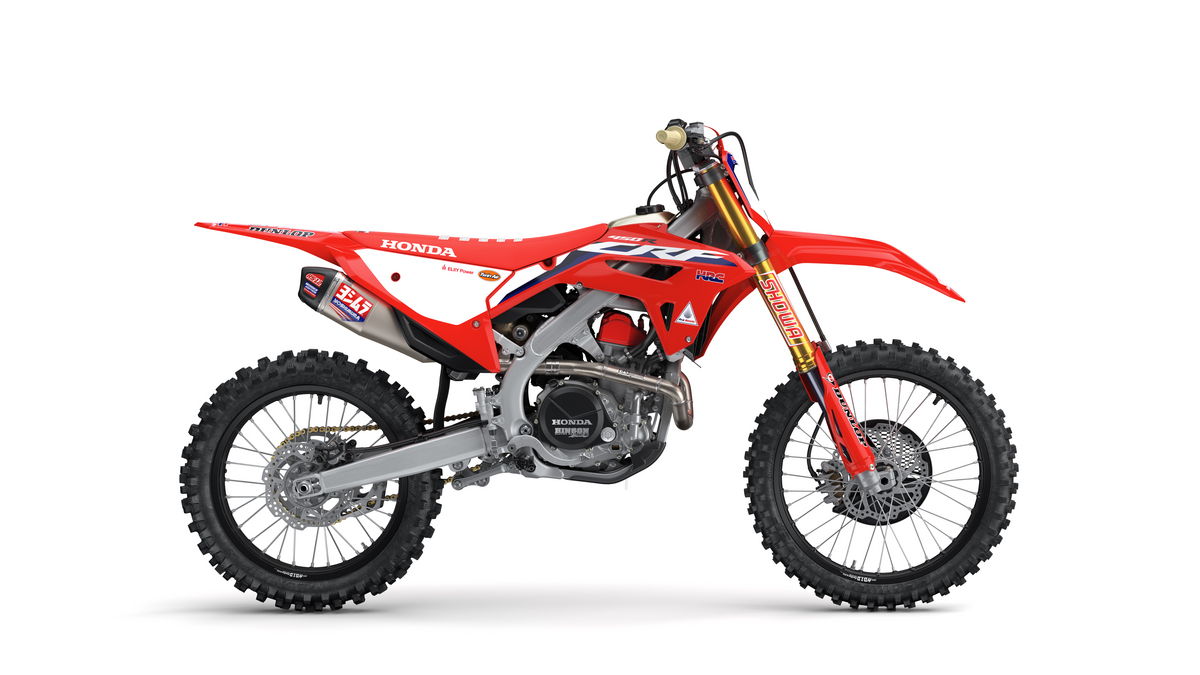 American Honda today announced the return of the CRF450R motocrosser for 2022, as well as its five siblings that specialize in a variety of applications. The clear point of reference when it comes to motocross, Honda’s CRF450R currently leads the 2021 AMA Supercross series, at the hands of Team Honda HRC’s Ken Roczen, while the CRF450RWE adds top-shelf performance features for the most demanding customers. The CRF450X opens things up a bit to closed-course off-road racing, whereas the CRF450X expands horizons to everything up to and including the deserts of Baja. Meanwhile, the CRF450RL adds the possibility of linking trails and dirt roads via public roads. Finally, there’s the CRF450R-S, a great option for value-focused motocrossers. Add them up, and it’s a collective of dirt bikes that covers the needs of motorcycle enthusiasts who enjoy getting dirty in any number of ways.

“Back when we first expanded our CRF450 lineup for the 2019 model year, our goal was to offer application-specific models that would put Red Riders at the front of the pack no matter what their preferred means of dirt-bike riding,” said Brandon Wilson, Manager of Advertising, Experiential and Sports at American Honda. “Three years later, the family has expanded and improved, and the 2022 collection is better than ever. We expect these bikes to continue to run at the front of the pack, in the dirt and on dealer showrooms.”

Honda’s CRF450R continues to be the powersports industry’s benchmark motocrosser, carrying Team Honda HRC’s Ken Roczen to three 2021 AMA Supercross wins so far and, together with its limited-edition CRF450RWE sibling, posting the most U.S. sales of any MX model. For 2022, the legendary machine gets an updated ECU for enhanced drivability, particularly in the lower rev ranges, while suspension valving is revised for better holdup and improved balance. “Razor Sharp Cornering” continues as the model’s theme, with three main focus areas: power, handling and consistency. Unsurprisingly for the platform campaigned by Roczen and teammate Chase Sexton, as well as reigning FIM World Champion Tim Gajser, the CRF450R continues to draw lessons from Honda Racing Corporation’s global race program.

For those who demand the absolute best when it comes to motocross performance, the premium CRF450RWE (“Works Edition”) is based on the legendary CRF450R, but with a long list of elite-level upgrades based on the machines in the Team Honda HRC factory race shop. As is the case with the CRF450R, this model gets an updated ECU and suspension valving, for improved drivability and balance, respectively. The CRF450RWE is the clear benchmark with it comes to setting low lap times.

The CRF450RX is well-suited for closed-course off-road competition such as GNCC, WORCS and NGPC, as proven at the national-championship level by SLR Honda and JCR Honda. Based on the motocross-focused CRF450R, it has off-road-specific features like dedicated ECU and suspension settings (both of which are updated for 2022, for improved drivability and balance), plus an 18-inch rear wheel, aluminum side stand, handguards and a 2.1 gallon fuel tank. The combination yields a race machine that’s ready to chase arrows and ribbon wherever it finds them.

“Legendary.” “Dominant.” “Unbeatable.” In discussions of motorcycle racing in Baja, those are just some of the suitable adjectives for the CRF450X, which earned Honda’s record 30th Baja 1000 victory last November, at the hands of SLR Honda riders Mark Samuels, Justin Morgan and Justin Jones. A record 14 of those wins have come aboard the CRF450X, firmly establishing it as the ultimate desert-racing weapon, but it’s also a great trail machine, thanks in part to its 50-state year-round off-road-legal status, plus off-road appropriate features like a side stand, 18-inch rear wheel, headlight, sealed chain and six-speed transmission.

By its very nature, dual-sport riding demands many things from a motorcycle, a fact that presents challenges for engineers. That’s what makes Honda’s adaptable CRF450RL so amazing: based on the legendary CRF Performance platform, it has a 449cc Unicam® engine, twin-spar aluminum frame and premium, long-travel suspension that make it a stellar performer off-road. At the same time, it’s surprisingly smooth and comfortable when linking those experiences via pavement, thanks to a quiet muffler, a vibration-damping urethane-injected swingarm and a wide-ratio six-speed transmission. Throw in Honda’s legendary durability, and it’s no wonder this road-legal dirt bike has made a name for itself in the dual-sport world.

The off-road category has seen exceptional growth in recent years, creating strong demand for 450cc motocross machines. While many riders demand the latest technology, a large number of customers also see price as a top priority, but without making a big sacrifice in terms of performance. By offering both the advanced CRF450R and the CRF450R-S (based on the 2020 CRF450R platform), Honda addresses the needs of both groups. The same platform raced by Team Honda HRC’s Ken Roczen in 2020, the CRF450R-S features Honda Selectable Torque Control (HSTC), which maximizes rear-tire hookup to keep the Unicam engine’s horsepower driving the bike and rider forward.