The Husqvarna FC 350 is our favorite white motocross bike as it has the right amount of horsepower, excellent handling, and unbeatable components. For 2021, the bike has some suspension refinements and they sure are exciting! Hear from the Bro Show himself, Andy Jefferson, about all the new changes on the middleweight Husky. 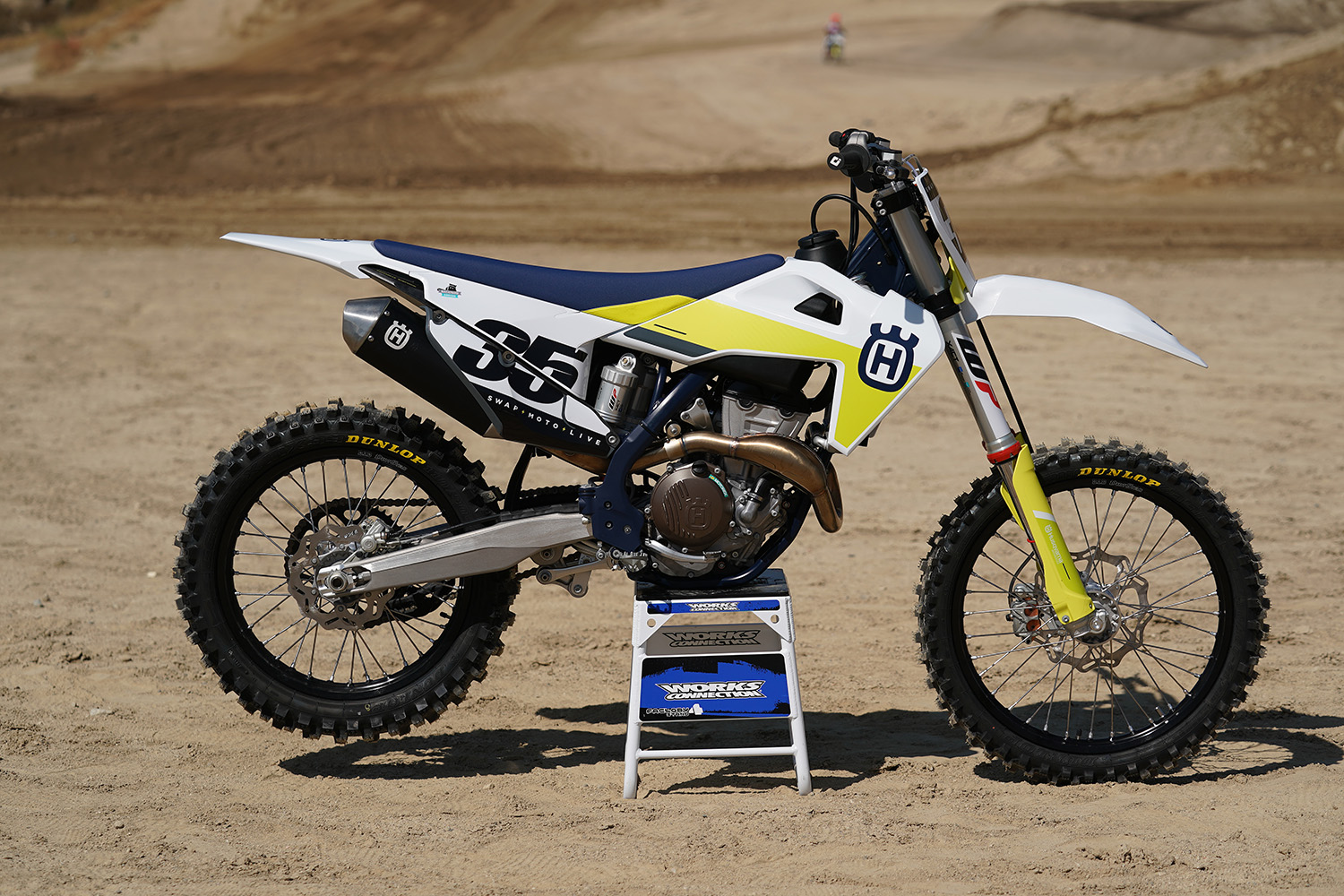 The Husqvarna FC 350 was one of our favorite bikes of 2020 as it handled amazingly well, had just the right amount of power, and handled and cornered better than any full-sized 450 for us. For 2021, refinement is the buzz word for the Husqvarna FC 350. Aside from the Bold New Graphics and new more-forgiving seat cover that gives the new Husky a nice, new look, the rest of the bike remains unchanged as far as the engine, chassis, and componentry go. What has been updated is are the WP suspension components. Last year, Husqvarna took a departure from its sister brank KTM and equipped its motocross bikes with proprietary suspension settings. With overall comfort and the average rider in mind, Husky set up its WP shock and Xact 48 air fork with much softer settings than the KTM. While the ride was indeed comfortable and plush, most of our test riders felt that the settings gave the Husqvarnas a soft, wallowy feel on the track. 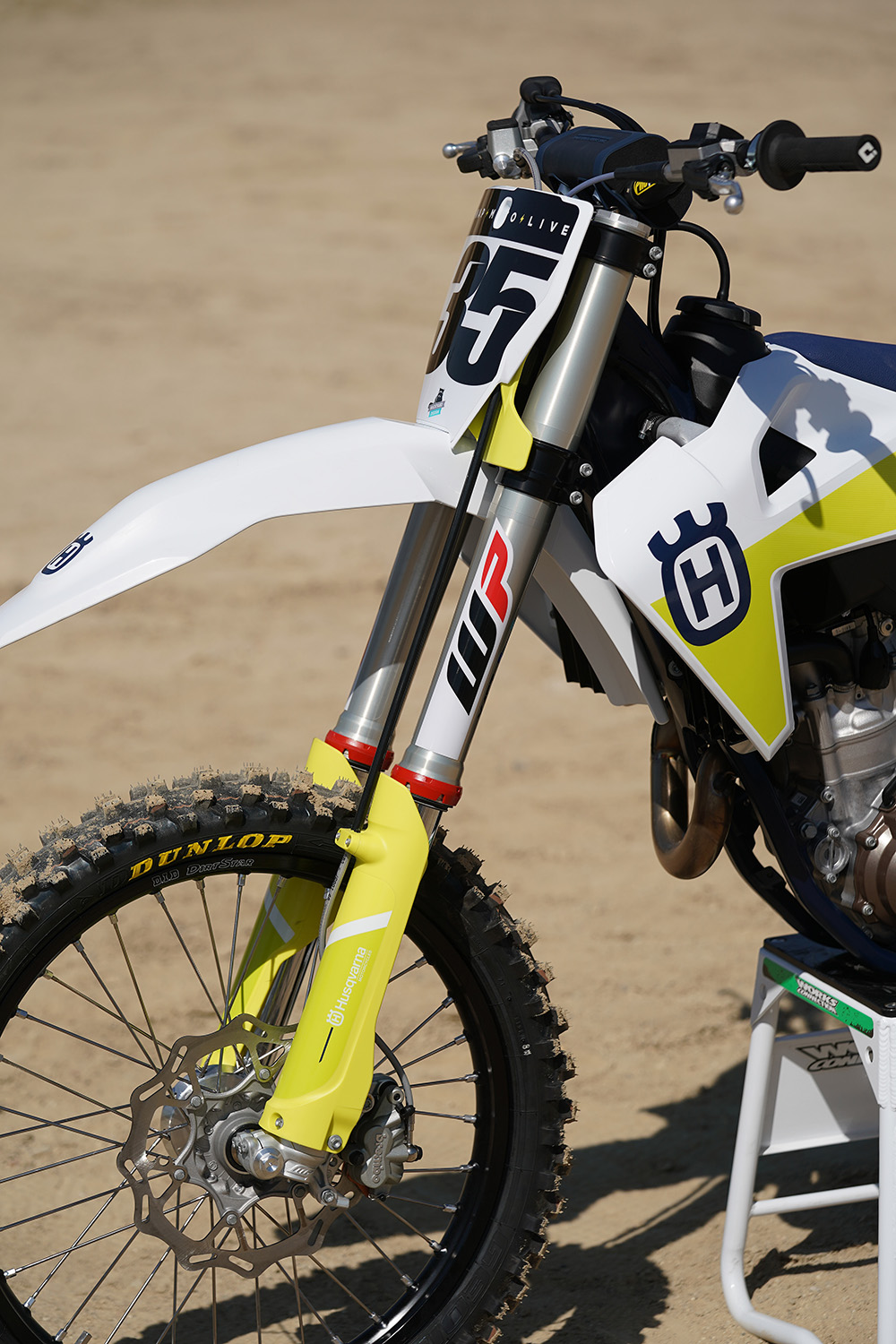 The 2021 WP Xact 48 air fork received a complete revamp, The fork has been shortened 10mm, but thanks to internal changes, the overlap between the inner and outer tubes remain the same, thereby offering the same rigidity/flex combination in the bike’s front end.

For 2021, Husky firmed up both the fork and shock but threw a giant twist into the suspension equation. The fork is 10mm shorter, but internally the components have also been adjusted to maintain the same amount of overlap between the inner and outer tubes. This is critical for maintaining the same overall feel of the front end,  as the rigidity of the fork has not been altered. Simply shortening the tubes without adjusting the internal cartridges would alter the feel of the front end on the track, as it would reduce the overall flex character of the front end. 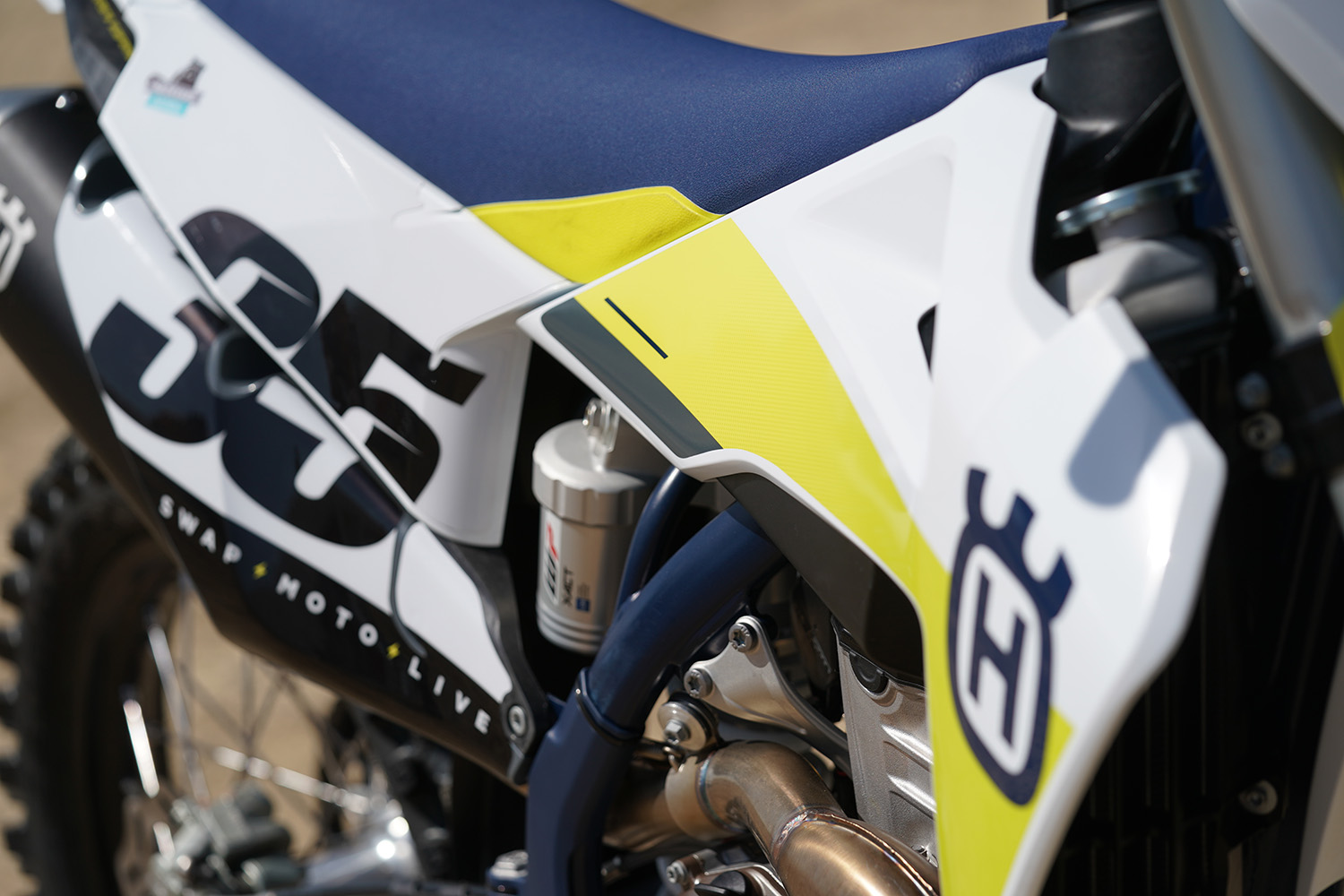 The rear end has been shortened 10mm to match the shorter fork.

Out back, the shock, too, has been shortened to match the fork. In addition to the firmer valving, the shock also received new low-friction SKF seals for better suspension feel and response. So why did Husqvarna shorten both the fork and shock, you ask? While 10mm may not seem like much, the change is intended to yield a lower center of gravity and help improve the bike’s overall handling, but especially cornering abilities. 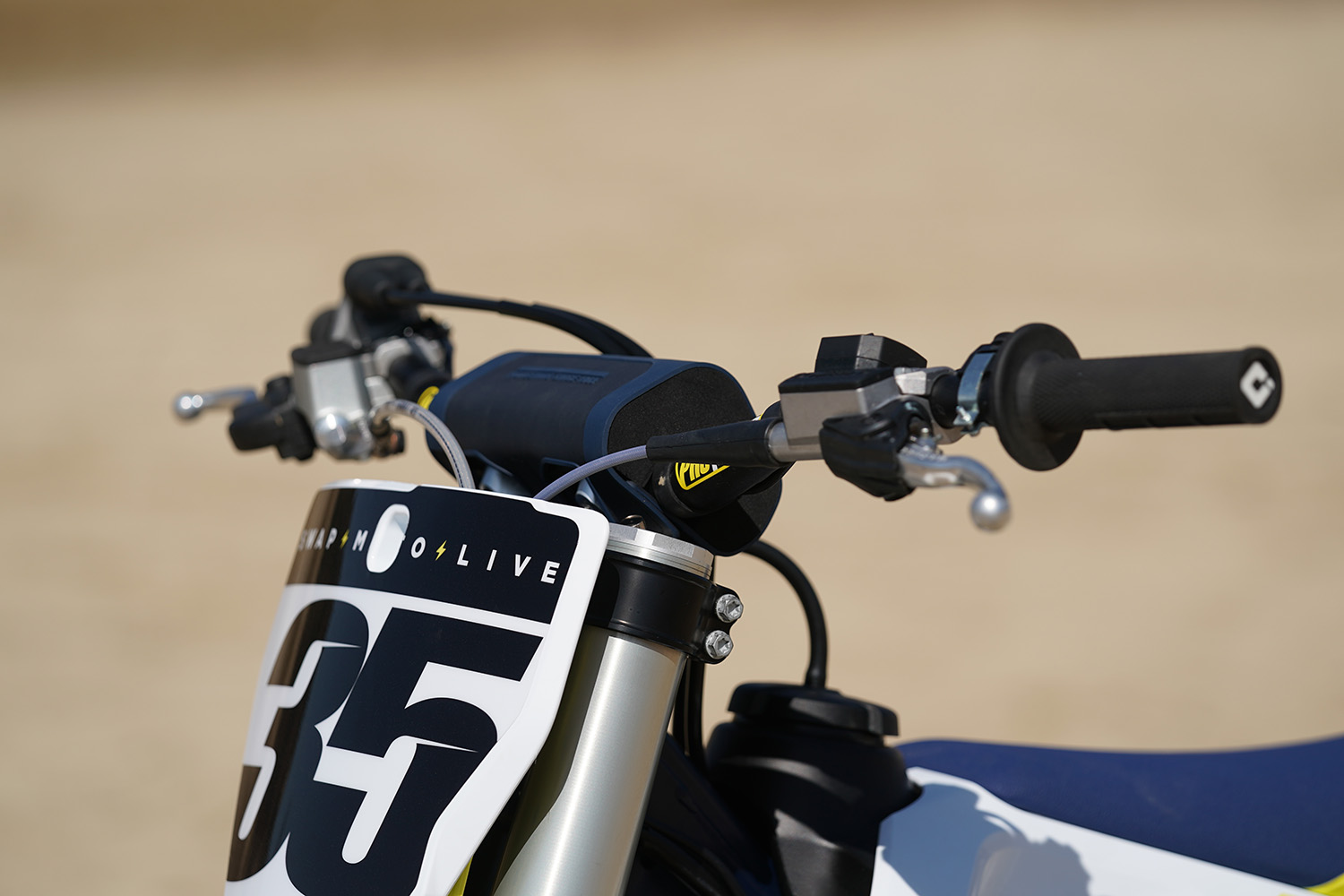