We’ve said it before and we will say it again: the KTM 350 SX-F is quite possibly the most underrated bike in the sport. At the highest levels of racing, pros pass on the mid-sized 350 SX-F because it is at a power disadvantage to a full-sized 450. Even though. there are definite advantages to racing the smaller bike, the first season that KTM fielded a pair of the 350s with Andrew Short and Mike Alessi, they were so outgunned on the deeply tilled start straights of the MX Nationals that they never raced them again. For the rest of us mere mortals, however, the 350 SX-F is a very viable option as it is easier to ride, handles better, and is quite frankly a lot more fun. 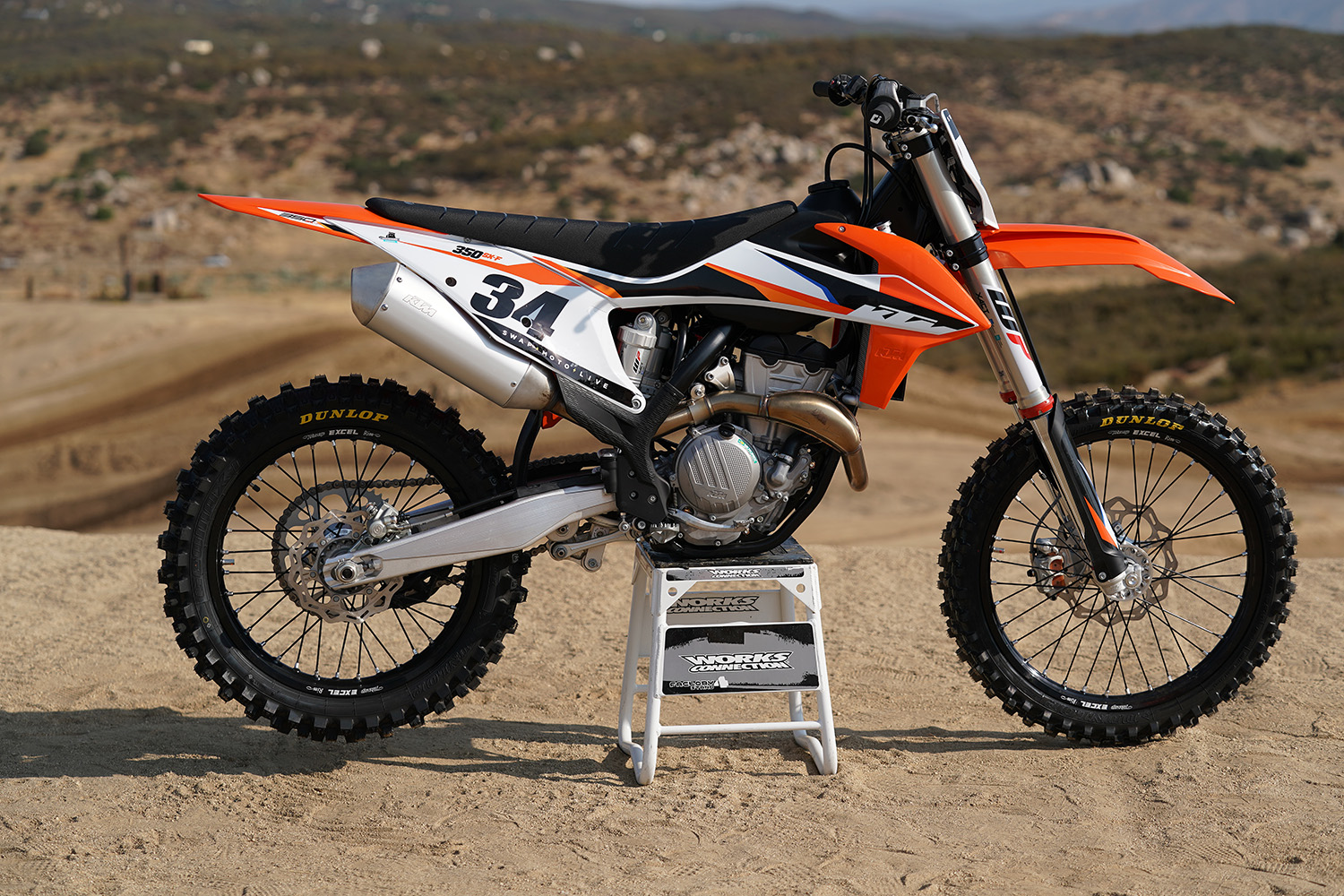 For 2021 – like the rest of the KTM motocross lineup – the 350 SX-F has minimal changes and returns with only revised front and rear suspension settings and some cool new inlaid graphics. KTM USA’s Nate Abelia brought the new 350 out to Cahuilla Creek for us and before we took to the track, we cornered him to get the lowdown on the new WP suspension components.