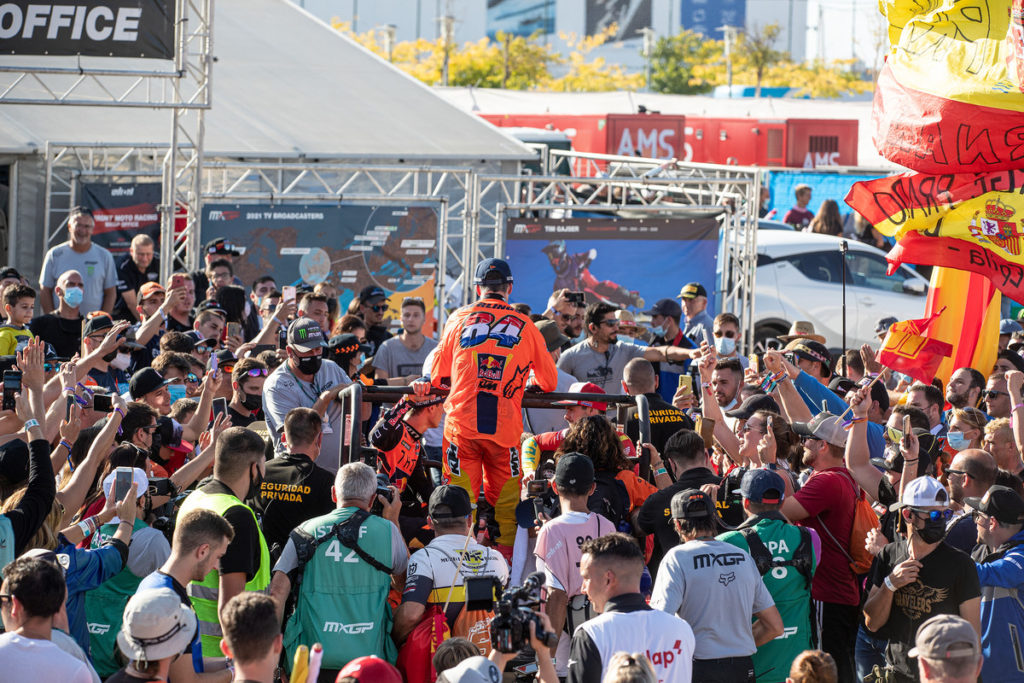 Red Bull’s content factory never stops and the latest project by the energy drink giant is an episodic series on Jeffrey Herlings. The last few years have been extremely tough for the Red Bull KTM MXGP rider, as serious and complex injuries (broken foot in January 2019, broken ankle in June 2019, broken neck in September 2020) forced him to miss multiple rounds of the Monster Energy FIM Motocross World Championship and re-evaluate his approach to racing.

Hearing the people closest to Herlings say he’s “not as talented” as some competitors is a bit strange, but that’s because they see another side to the multi-time champion: his determination. Episode nine of the video series has insight from Red Bull KTM MXGP staffers Ruben Tureluren, Dirk Grubel, Valentina Ragni, and Wayne Banks and footage of the Herlings’ hard-fought win in Spain.