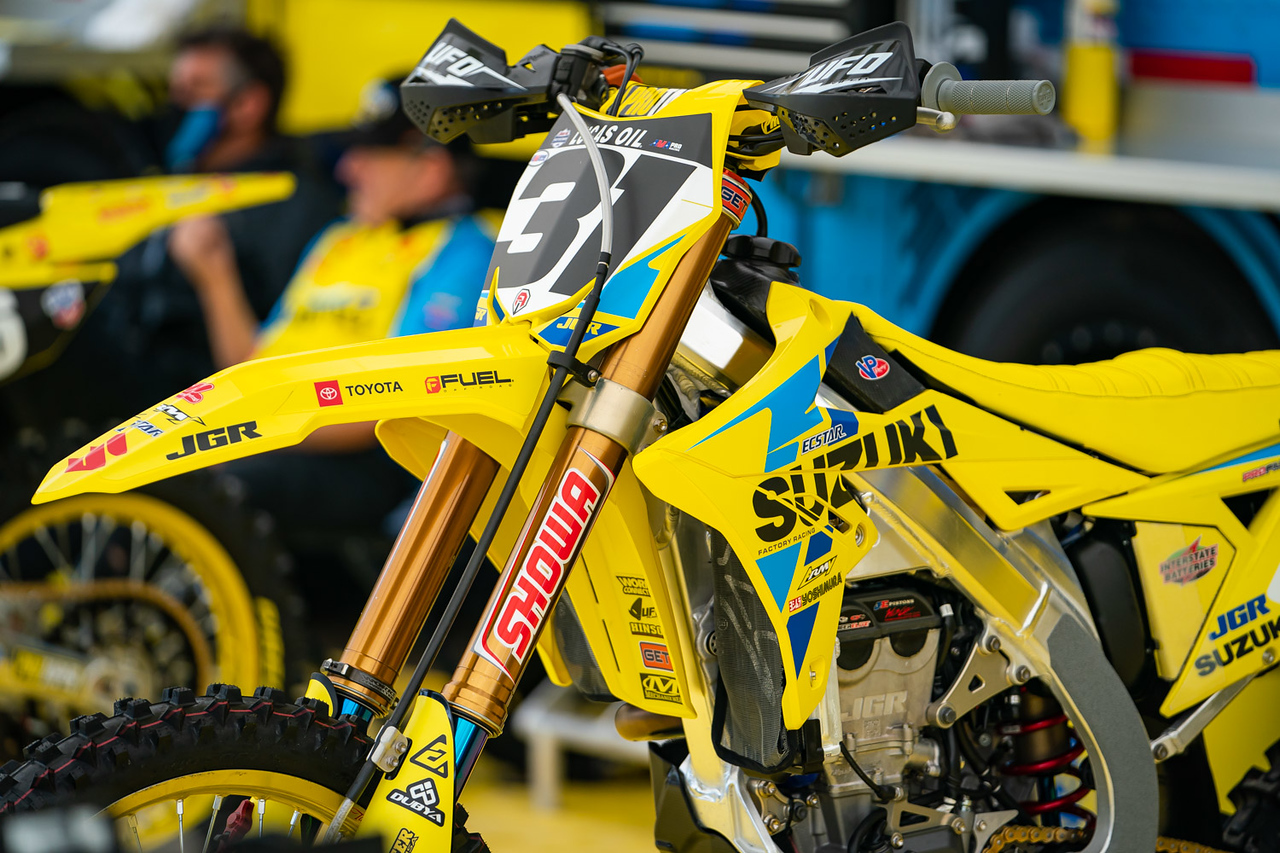 The news no one has looked forward to is finally here: JGRMX will end their race team immediately. Talk of the shutdown has circulated within the industry, has been confirmed by multiple people involved, and has been announced via a social media video.

The North Carolina team, owned by NFL Hall of Fame coach Joe Gibbs and run alongside the Joe Gibbs Racing NASCAR operation, spent 13 total years in professional motocross, worked with a long list of high-caliber riders, and had served as the flagship racing efforts for both Yamaha and Suzuki at different points in time. This is terrible news for just for the team staff and riders, but the industry as a whole.

JGRMX’s legacy is worthy of a much larger write-up thanks to their ambitious efforts in management and engineering, the caliber of riders that they employed, successes at the highest levels of the sport, and the series of setbacks that have forced them to close shop.

Launched in 2008 with Yamaha equipment, they won their first race with Josh Grant at the 2009 Anaheim One Supercross one year later and contended for top-five finishes through the rest of the season. In 2012 JGRMX signed a multi-year contract with Yamaha and brought James Stewart to the team with a high-profile deal, which included a possible shift to four-racing in the future, but concerns over the then-revolutionary design of the YZ450F eventually caused the rider and team to split just a few months into their agreement.

Justin Barcia joined the squad in 2015 and this started an eventful era for the team. An increase in issues with Yamaha, both the corporation and the motorcycle, caused JGRMX to shift their alliance to Suzuki motorcycles in 2017 and later changes at the OEM made them Suzuki’s only factory-supported motocross race team in the world. JGRMX managed both the 250 and 450 Class programs and at the start of 2019, they were responsible for seven total riders (Justin Hill/Chad Reed/Weston Peick/Alex Martin/Jimmy Decotis/Enzo Lopes/Kyle Peters) and had two rigs on the road.

Despite a star-studded lineup and respectable finishes, longtime title sponsor AutoTrader.com ended their relationship with JGRMX in 2019, a decision that forced the team to restructure mid-season and reduce their overall size. This ultimately was the deciding moment in JGRMX’s fate, as the search for a replacement sponsor was something they worked on until today’s announcement.

Team Manager Jeremy Albrecht told us on multiple occasions that the team had made progress with potential partners, including a deal with the Cherokee tribe of North Carolina, and things looked encouraging early in the summer. Unfortunately, the necessary support did not come in time, a matter that is said to be further complicated by delays in negotiations with Suzuki, and the team will not be part of the pit area in 2021.

What does this mean for the riders and staff? That still remains to be seen. We’ve spoken with a few people involved and because they knew this was a likely outcome, they had backup plans in the works, which will be announced over the next few weeks.

More details about this situation will come out over the next few days, but for now, you can watch the farewell video posted by the team and read the official press release from Suzuki.

Suzuki Motor of America, Inc. has concluded its partnership with Joe Gibbs Racing. The combined efforts of Suzuki and JGRMX were able to deliver solid results and raise the level of performance of each of the team’s riders.

Together, Suzuki and JGRMX demonstrated the potential of the Suzuki RM-Z250 and RM-Z450 motocross machines over several successful racing seasons.

“Suzuki Motor of America, Inc. is honored to have worked with a premier racing partner like Joe Gibbs Racing,” said Chris Wheeler, Suzuki’s MX Support Manager. “This partnership produced solid success and many strong friendships over the past several seasons and we would like to thank the entire team at JGRMX for their hard work, passion, and dedication to Suzuki racing.”

Wheeler added that Suzuki will announce its plans for the upcoming 2021 Supercross and Motocross racing season in the coming days.