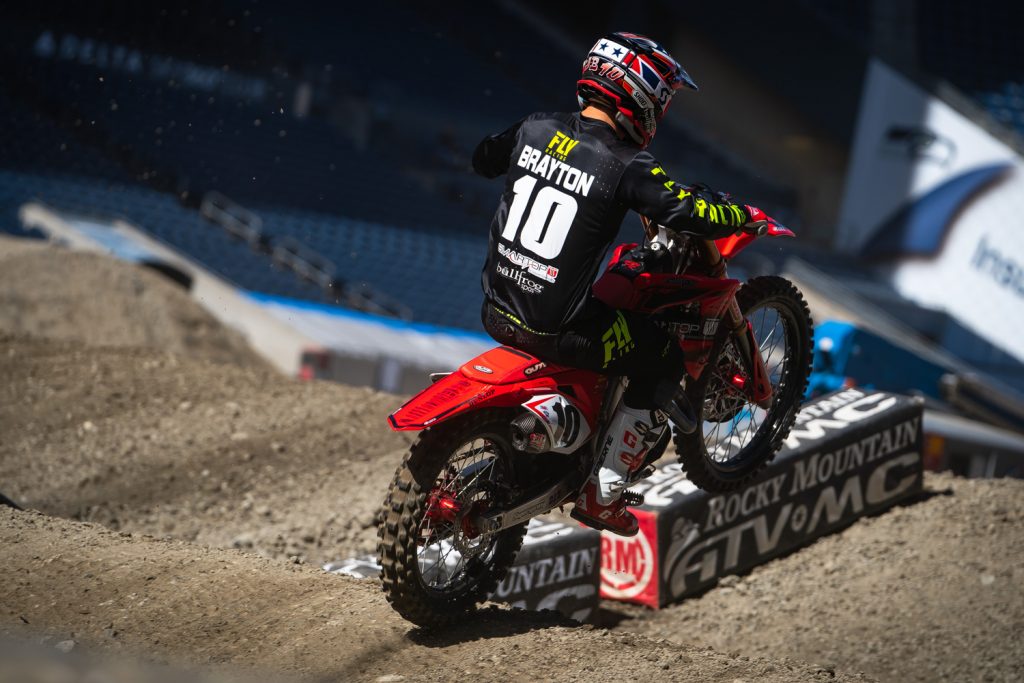 SmarTop/Bullfrog Spas/MotoConcepts/Honda rider Justin Brayton has undergone a complete medical examination on his knee following a crash at the 2019 Seattle Supercross and the diagnosis gives more insight on Brayton’s status for the remaining rounds of the 2019 Monster Energy Supercross Series.

As the field filed into the first lane of obstacles on the opening lap of the 450 Main Event, Brayton jumped into an accident that included two other competitors and was caught in the rear-wheel of another rider’s motorcycle. When the motorcycles landed, Brayton was bucked by the rebound action of the suspension, then shot into the air and off of the track. He was immediately tended to by the Alpinestars Mobile Medical Unit staff for a possible knee injury and was given an on-site diagnosis of damage to the ligaments.

On Monday, Brayton underwent an MRI in Charlotte, North Carolina and the examination revealed a tear in the MCL (medial collateral ligament) and damage to the ACL (anterior cruciate ligament). As a result, Brayton will wear a brace on his knee and will use crutches to alleviate strain on the injury. The initial recovery plan is for Brayton to begin a light cycling routine and physical therapy next week, and doctors anticipate two to six weeks of rest and therapy before he is cleared for full activity.

The injury forces Brayton to the sidelines for the immediate future, but he and the SmarTop/Bullfrog Spas/MotoConcepts/Honda team are hopeful for a return to racing at the 2019 East Rutherford Supercross in late April at the latest.

SmarTop/Bullfrog Spas/MotoConcepts/Honda have reached an agreement with Ben LaMay for a fill-in role, which will begin immediately and run for three races. LaMay’s first event with the team will be this weekend at the 2019 Houston Supercross, where he will be alongside Mike Alessi (Alessi is currently a fill-in rider for Vince Friese, who is sidelined for the remainder of the Monster Energy Supercross Series with a knee injury).

LaMay scored a season-best 14th place finish at the 2019 Seattle Supercross and is currently 19th overall in the 450 championship standings of the 2019 Monster Energy Supercross Series. 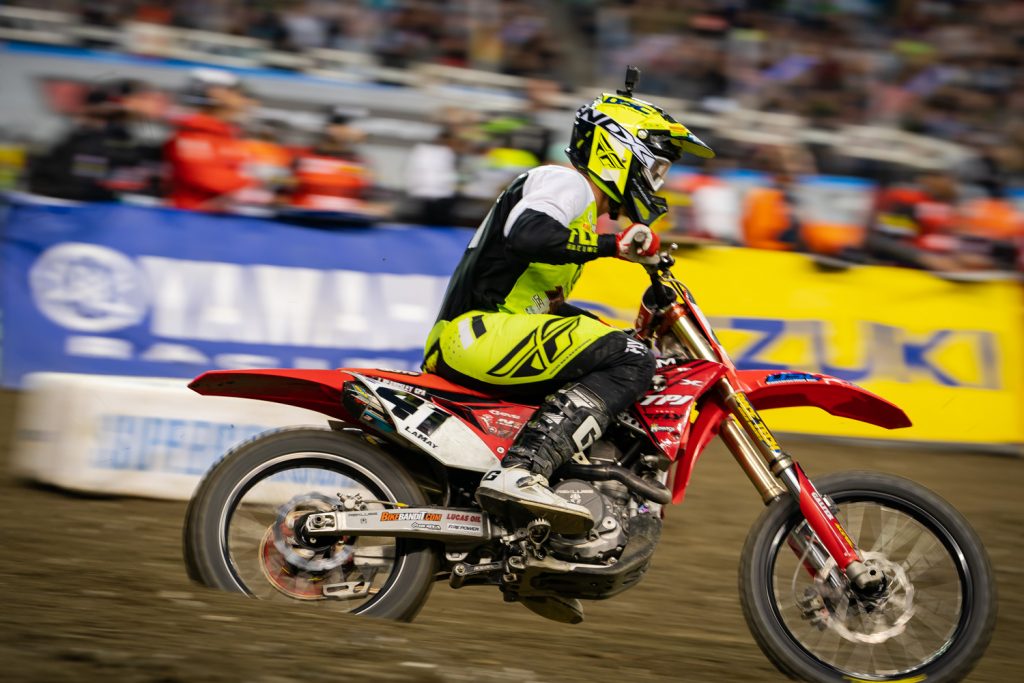