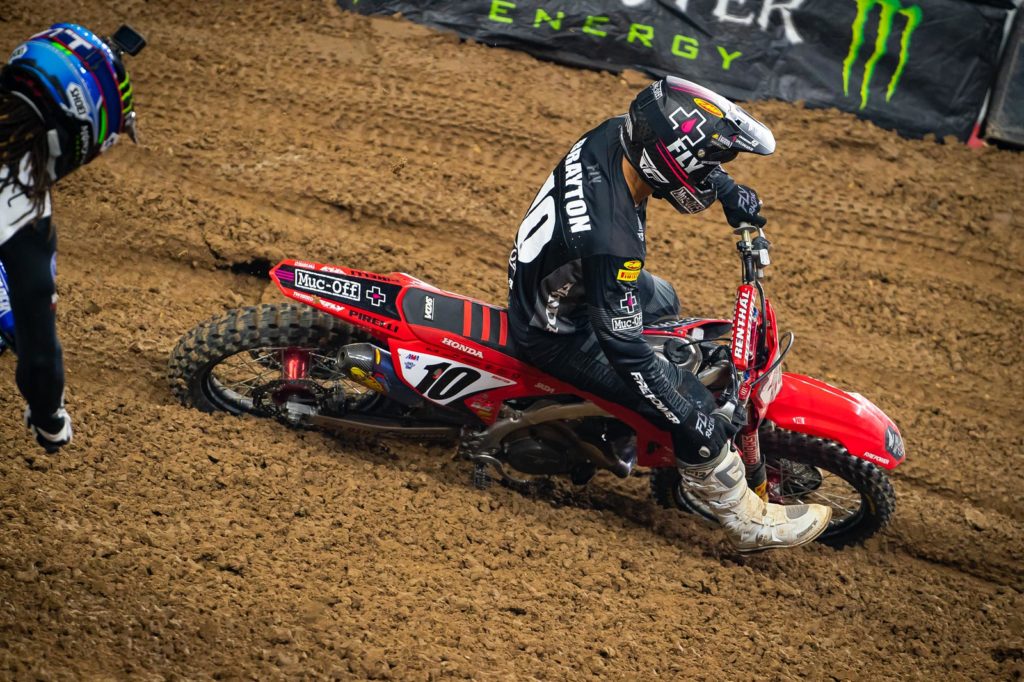 We’re starting to see who will be where in the pit area next year. On Wednesday, MotoConcepts Racing announced that Justin Brayton will return to the team for his 20th and final season as a professional competitor in the Monster Energy Supercross Series.

The 37-year-old racer spent the past few seasons as part of Muc-Off Honda, which was highlighted by a third-place finish at the 2021 Houston Two Supercross and multiple 450 Class championships in the Australian Supercross series. Brayton thanked the team for their years together in a social media post on Tuesday, saying, “We were able to achieve some great things in a short amount of time. To get a 450 podium in what was essentially the team’s first year is very rare.”

Brayton’s future has been in question for a few months. A crash at the 2021 Arlington Two Supercross resulted in season-ending hand injuries and led to a role with the Race Day Live broadcast crew, which prompted speculation that his time on the track had come to an end. Instead, multiple teams reached out with offers to be a full-time racer (SX and MX), and by July, Brayton was openly saying that he would run 2022 as a farewell tour.

JB10’s return to MCR comes amid an overhaul of the Mike Genova-owned, Tony Alessi-managed operation. MotoConcepts supported Broc Tickle, Benny Bloss, Shane McElrath, and Vince Friese in the 450 Class through the 2021 Supercross season, but after all four riders faced issues and injuries, the team began to explore new opportunities in professional racing (McElrath, Tickle, and Bloss parted ways with the MCR after Supercross). The Brayton press release states that “MCR is finalizing the remainder of its 2022 roster and releasing further details in the near future,” which is expected to include Vince Friese. 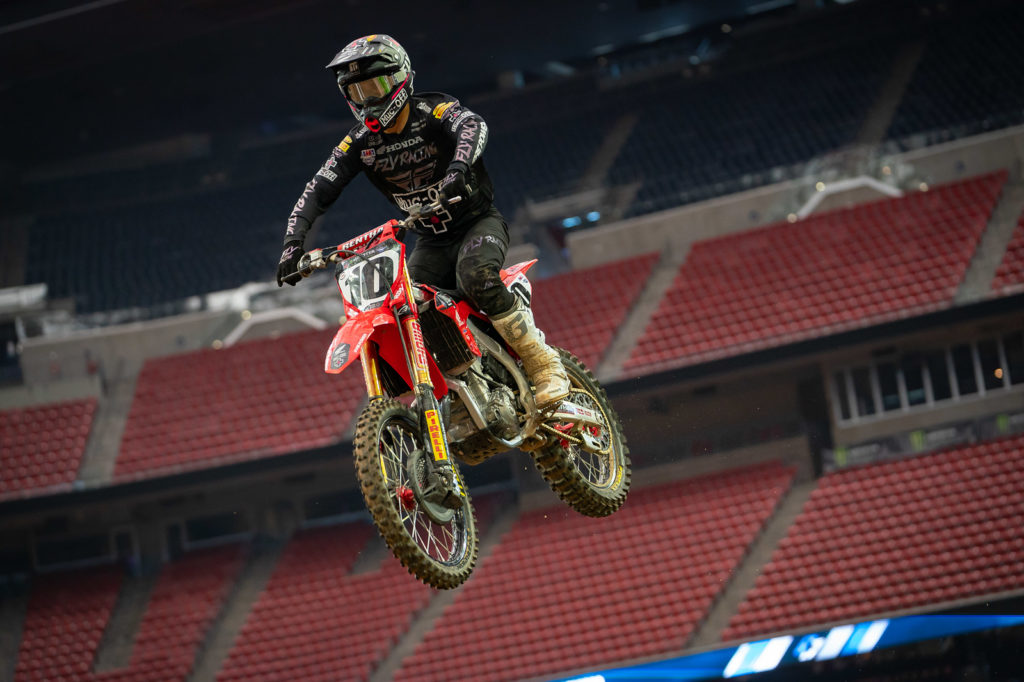 MotoConcepts Racing (MCR) is excited to announce the return of Justin Brayton to their roster for the 2022 Supercross season. Brayton enters his farewell season with an impressive resume, including a multi-year reign as the Australian Supercross champion, a consistent top-five finisher, and his record-setting race in 2018 when he became the oldest racer in history to secure a 450SX Main Event victory at the famed Daytona race.

Brayton shares the team’s enthusiasm to be back under the MCR tent. “Mike Genova and I have had a great relationship from the time we met and I’m excited to be back alongside him and the MCR team. I’ve learned a lot from him not only at the races but outside of racing as well. We’ve maintained our close friendship the past couple years even when I haven’t been on the team. My trust in Tony Alessi as the team manager is very high so I couldn’t be happier to be back with the team that helped me win the Daytona Supercross. It’s an exciting time in my career,” said Brayton.

The 2022 Supercross season represents Justin’s twentieth season as a professional racer during which he has gained unparalleled experience and knowledge making Brayton a team manager’s ideal rider to work with. “It is an honor to have Justin on the MCR race team for the 2022 Supercross race season. It brings back fond memories of our work together during the race winning 2018 Daytona Supercross season,” said Tony Alessi. “As this is slated to be Justin’s farewell tour and race season it is our hope and expectation to end his career on a positive note and one that fans will remember.”

Team owner Mike Genova shares Alessi’s goal to create a memorable season for Brayton and the entire MCR team. “Justin has a charisma that fans and industry professionals are drawn to. I have a great amount of respect for Justin as a racer, and as a person. He is high caliber in every category, fits the belief system, and models what MCR is about foundationally. I’m excited to work with Justin again and am confident we’re going to be competitive while having a lot of fun during the 2022 season,” said Genova.

MCR is finalizing the remainder of its 2022 roster and releasing further details in the near future.

2022 Justin Brayton Shootout This Weekend In Iowa
Michael Antonovich May 9, 2022