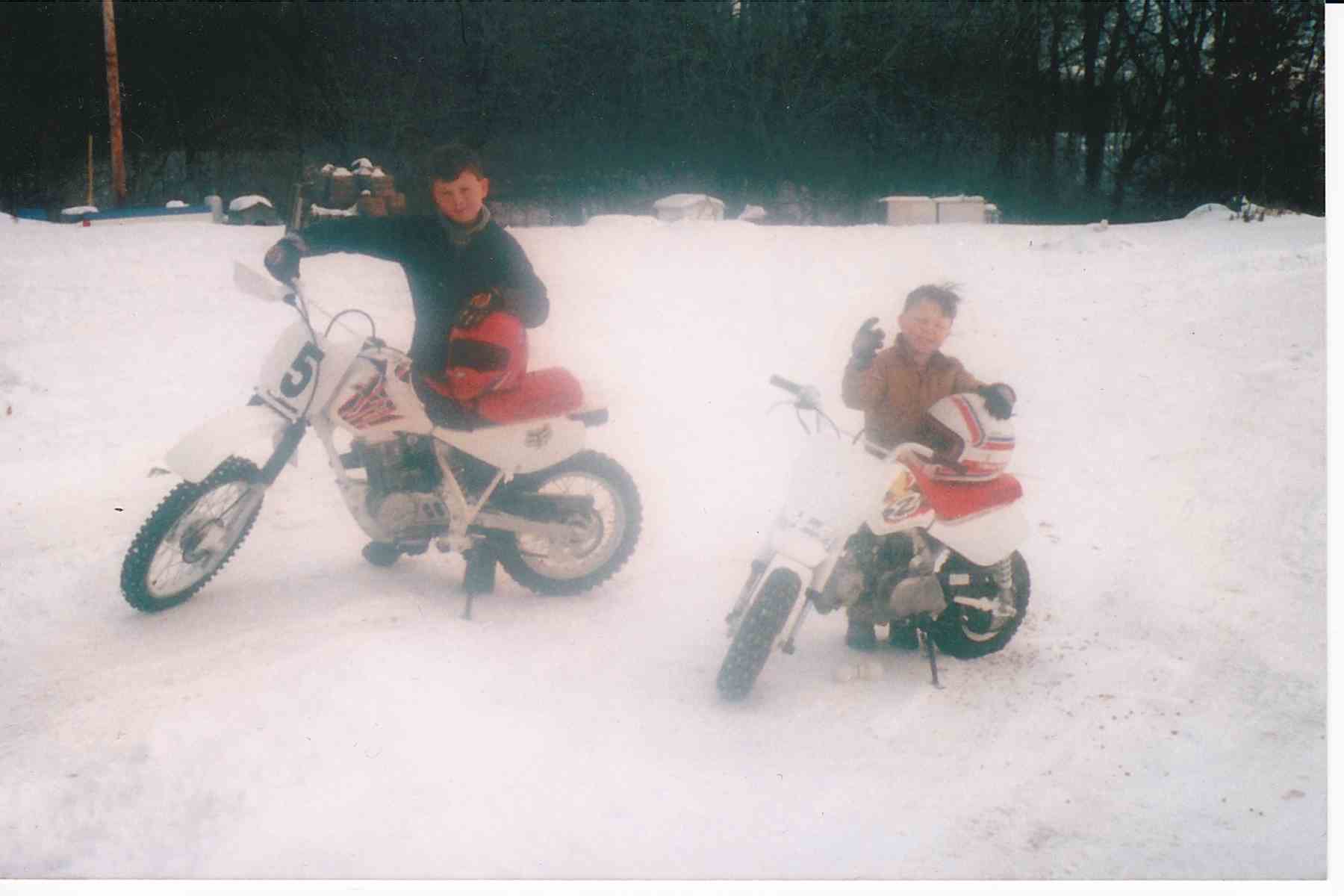 Some of my favorite Christmas memories were motocross related. Shocker. For ten years, nearly everything I asked for had something to do with dirt bikes. I thought we were making it easy for my parents every holiday season, and in our defense, it was hard to go wrong with anything from Fox Racing in the early 2000s. Somehow, my mom and dad always came through.

We weren’t spoiled, per se; Mike and Jenny wanted the best for us, but they made it known that those things were luxuries, that all of it could go away at a moment’s notice, and that we knew exactly what they did to get it. Now that my brother and I are “adults,” we see how wild those wish lists were and know how lucky we are to get what we did. Thank you, Mom and Dad.

Four gifts stand out. They varied wildly in price and came around the same time, and things would have turned out differently without them.

By this point, we’d gone to the STL SX a handful of times, hunted down copies of new magazines at local stores, and had carved a small track into the front yard. Despite an avid interest and hours in the saddle of the XR80R, we were very much in the “hiking boots-cotton jersey-jeans” stage of riding. It was obvious that our gear needed an upgrade. All the guys in the magazines had real boots and gloves. Fortunately, my mom found the packages sold by Chaparral and ordered the matching Ocelot jersey-pant-chest protector-boots, plus the Fox Racing-Honda jerseys.

With one rip of wrapping paper and a promise that we’d line up at BET the next summer, we went from little Midwest hicks on Hondas to racers in the making. I most definitely told the entire family that I was “about to start training” later that afternoon.

That gear lasted a long time. By the time I grew out of the boots, they were soft as butter and had been “customized” with Whiteout to show my initials and number (inspired by the painted Tech 8s that Alpinestars made for pros). The pants and jersey were indestructible, thanks to the heavy-duty polyester, and my mom’s decision to buy them a few sizes up means that I could probably still fit in them.

By the next Christmas, motocross was the only thing on my mind. The first season for Antonovich Racing was wildly successful, as Kyle and I both landed on the podium at our first race, and I scored a breakthrough win in the Playbike Class at the St. Clair County Fair.

My dad saw that I’d outgrown the air cooler XR and we talked about the all-new 2003 Honda CR85R a lot that fall. The few added ccs were impressive, but really, we most admired the bright red bodywork that made it look like the full-size CRs. A lifelong motorcyclist that still loves all things Honda, my dad knew when the brand-new bike landed at Belleville Honda, pulled the cash out of his stash, and to my mom’s displeasure, wheeled one out of the dealership. Respect.

Big Mike was just as excited about the new bike as I was because he gave it to me on Christmas Eve. He hid it in our basement, behind an outdoor swing, then repeatedly sent me downstairs to get something for him, hinting every time that something might be down there. By the third or fourth trip to the basement and his repeated “Damn, you still didn’t find it?” comments, I was fed up and had a meltdown. What a brat…

Finally, he directed me to it, and holy shit. The first kickstart of the two-stroke engine proved that it was also a bit too big and much too powerful for my 12-year-old self, but there was no going back.

MXmas continued the next morning when my mom handed me a copy of American Motocross Illustrated, a hardbound book that put all of Simon Cudby’s photos from the 2002 race season in one place. I’d seen most of the shots in Racer X, one of the two print titles that landed in our mailbox every month, but the details fully came through in the thick glossy pages and showed how Simon’s view of the pit area was completely different than what I saw as a fan.

The $3100 spent that year is extravagant, no doubt, but basically turned out to be the equivalent of a college education.

The cheapest gift proved to be the most impactful. My mom grabbed two motocross magazines from the newsstand, one MXA and one TWMX, and put them in mine and Kyle’s stockings. Kyle got the TWMX, I got the MXA.

Eventually, I got a hold of it and flipped through to see spreads from the 2000 outdoor Nationals, the MXdN in France, the X Games, plus interviews with Brian Deegan and Sebastian Tortelli. The Kawasaki ad with riders buried like crops in the field was weirdly cool. It had the edgy style of the BMX magazines I was already into and made Southern California seem like the epicenter.

And that was the start to everything else.

Similar moments will occur for others this holiday season. A little kid will get a Stacyc or mini bike. An entry-level rider will get an upgrade in gear. Someone will be offered the chance to be part of a race for the first time, either as a spectator or competitor. Big or small, it will make them a lifelong fan.

Give the gift of motocross this holiday season.