There might have been a break in action for the 2019 Lucas Oil Pro Motocross Championship last weekend, but that doesn’t mean the motocross world stopped altogether because some of the bigger events in the sport took place around the world. Up and coming racers duked it out in a series of motos for supremacy at the 2019 Loretta Lynn’s Amateur Motocross in Tennessee, freestyle motocross riders pushed their discipline to new levels in various events at the 2019 X Games in Minneapolis, the Monster Energy FIM Motocross World Championship faced their roughest race at the 2019 MXGP of Belgium, and news stories emerged every few hours. Need a quick recap? Here you go… 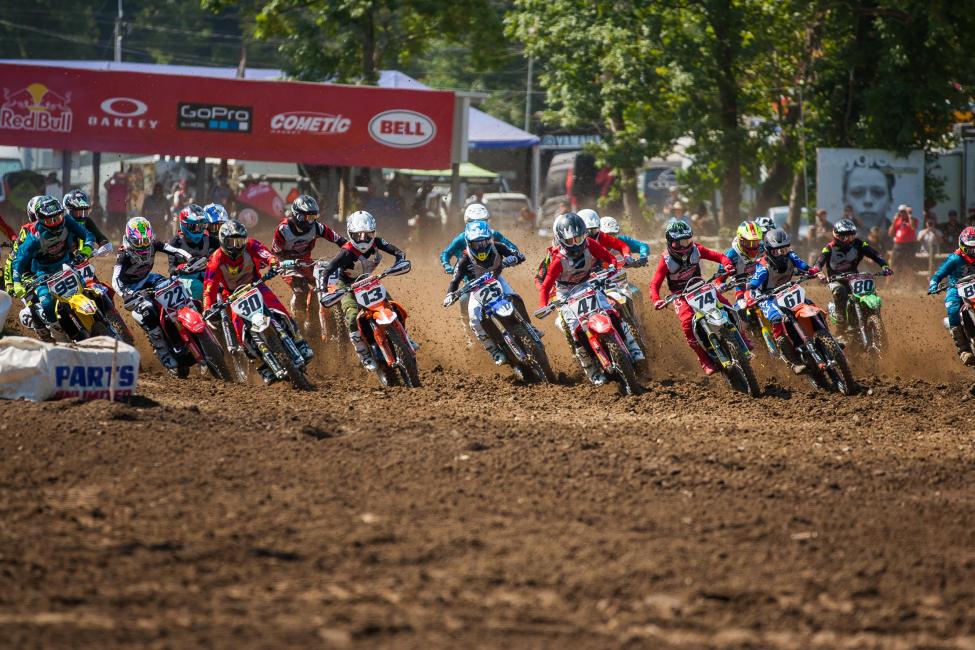 We kept an eye on the action at The Ranch and yeah, it was some of the best racing in years. If you’re a fan of the amateur racing scene, you know which names have been poised for success since they were on 65cc bikes, and a lot of them made their mark in Tennessee. Jalek Swoll, Jo Shimoda, Pierce Brown, and Jett Lawrence showed incredible skill and experience, only to things out of their control prevent them from taking all of the honors. Swoll’s week was marred by mistakes and a groin injury but pulled it together to win the Open Pro Sport class and the AMA Nicky Hayden Horizon Award for the most promising amateur. Jo Shimoda was consistent and stayed near the front of the pack, yet had various issues that him from the top step. Pierce Brown nursed a recently fractured scapula in order to get through the week, a less than ideal end to this part of his career. And Jett Lawrence, in his first visit to the race, nabbed his share of podium finishes and lost out on a title due to an engine issue. All four riders are set to be on the starting line at Unadilla this Saturday.

While those four experienced a wide variety of setbacks, virtual unknown Hardy Munoz quietly logged consistent results and stepped into the top spot in the 250 Pro Sport division. The Chilean claimed one of the most coveted titles of the week, all without winning a moto. Will this be enough to land Munoz a ride with a pro team or more support for 2020? That remains to be seen.

Stilez Robertson snapped his streak of poor luck and injuries at the premier amateur event and took the 250 B class championship over Jarret Frye and Dilan Schwartz, two prospects that each took wins in the class through the week. All three will bump up to the A Class in 2020 and will be on the starting line at pro races in the future. 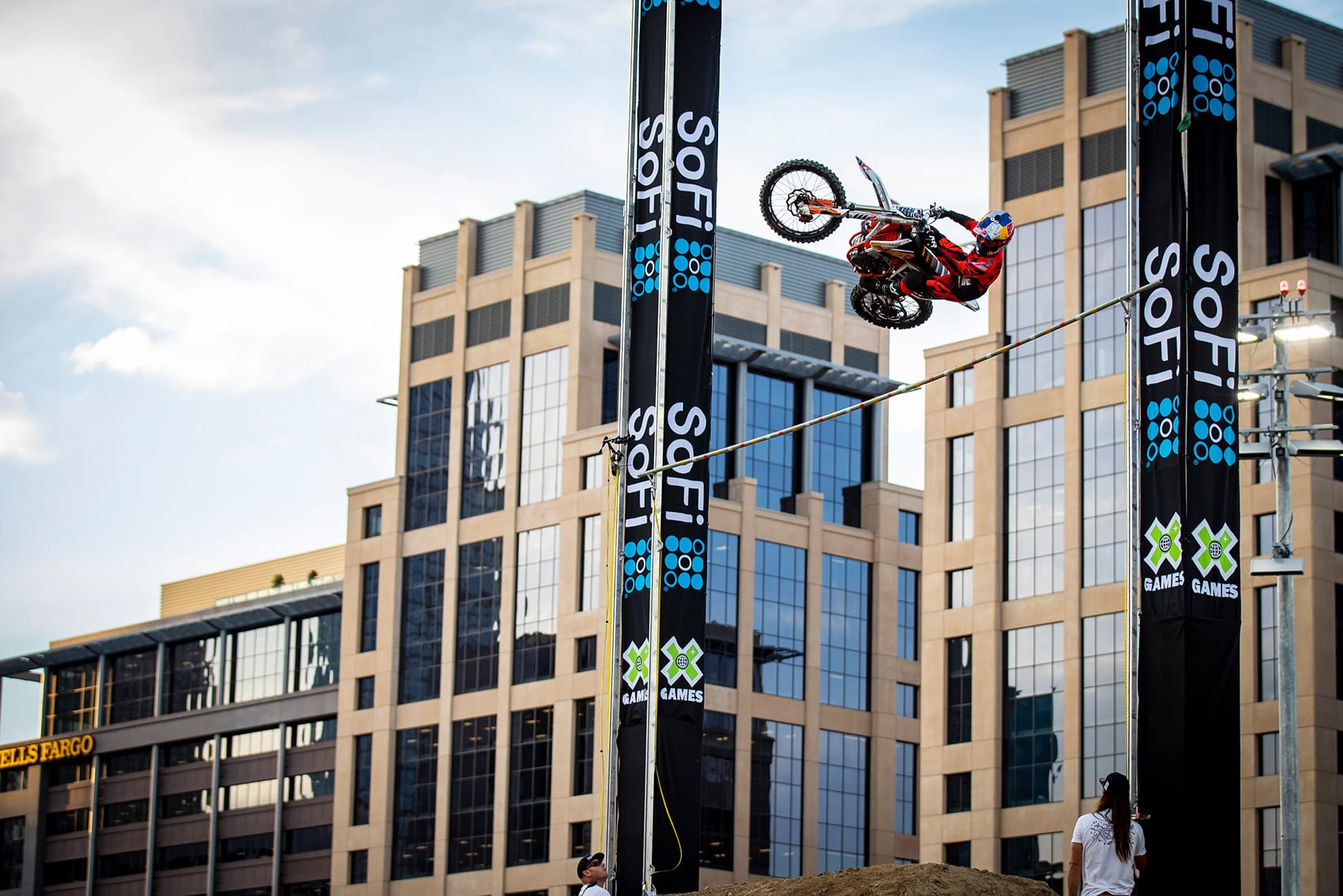 Freestyle motocross continues to reach unimaginable levels and that was on display for three days at the 2019 X Games in Minneapolis. The long weekend started Thursday night with Step Up, where Jarryd McNeil continued his run of dominance in the reverse limbo event by being the only rider to clear the bar at 40 feet. Things got even bigger on Friday, when Corey Creed boosted his bike 32 feet 6 inches in QuarterPipe with an impressive straight up-straight down technique on the intimidating ramp setup. Hours later, Rob Adelberg put in a stunning Freestyle Motocross run that included every front and backflip variation in his repertoire for a 92.33 score and gold medal. On Saturday David Rinaldo somehow managed to do a body varial while in the middle of a backflip, the first time he’d ever landed the trick, and secured the top honors in Best Trick. Then Tyler Bereman put a perfect period on his return from injury by twisting his KTM backward to win the Best Whip event. Sunday’s Harley Davidson sponsored Hooligan Flat Track racing capped off the weekend, and Daniel Mischler won the circle track competition over a full field of riders.

Big thanks to our buddy Frankie Garcia for the X Games coverage on our Instagram account and congrats to him and his dad, Frank, for living the dream by racing together on Sunday.

Of all the events on the 2019 Monster Energy FIM Motocross World Championship calendar, few races hold the honor of the MXGP of Belgium. Held at the famed Lommel circuit, the challenging sand track tests riders and can make even one of the best in the world look like a rank amateur. Jorge Prado and Tim Gajser inched closer to the MX2 and MXGP champions with their overall wins, while Max Anstie was arguably the fastest rider of the weekend with his win in Saturday’s MXGP qualifying moto and a dominant performance in Sunday’s MXGP Moto Two. Unfortunately for Anstie, his chance at the overall was dusted by a crash at the start of MXGP Moto One, but his win and teammate Glenn Coldenhoff’s podium result gave the Standing Construct KTM crew something to celebrate. 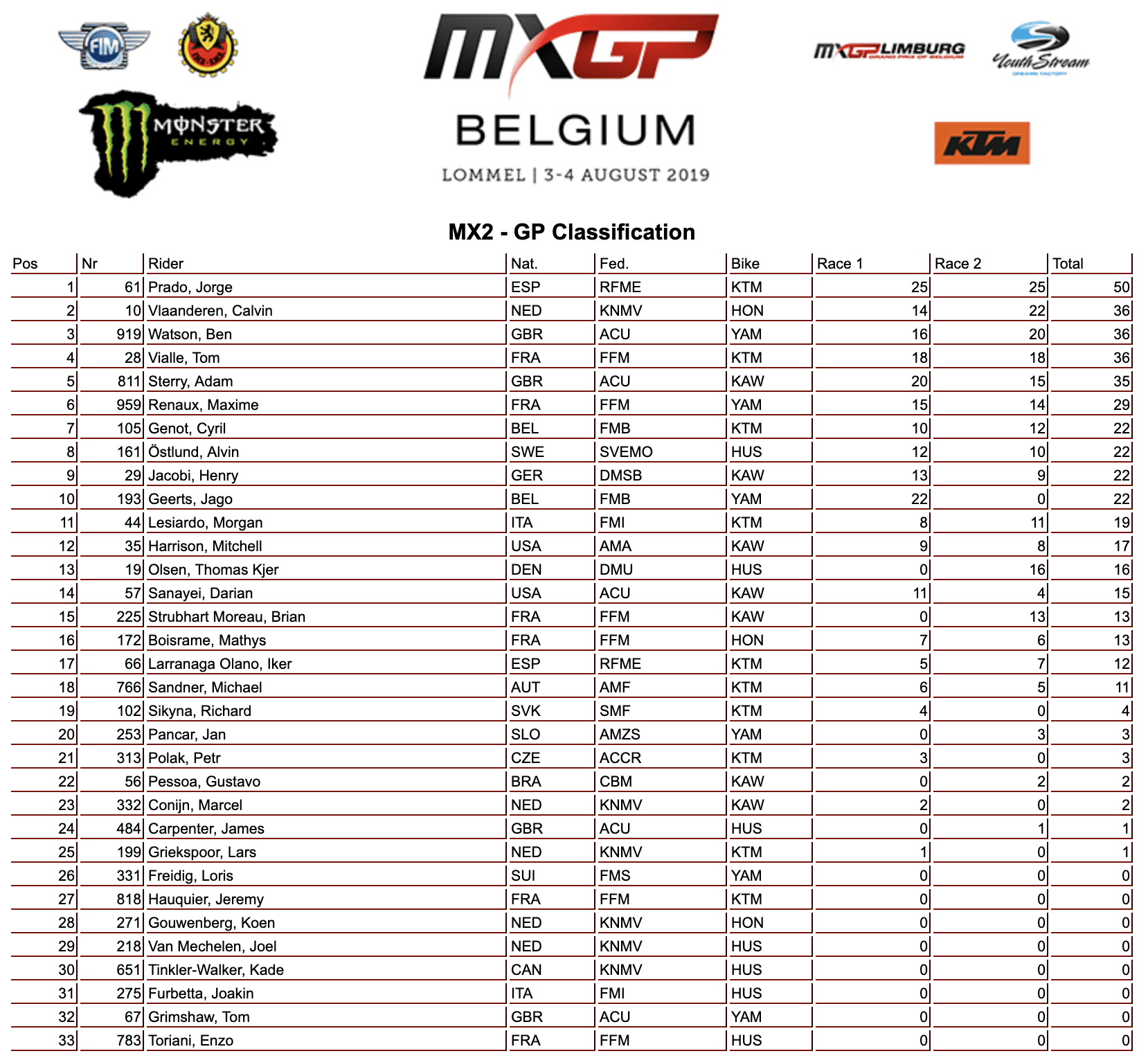 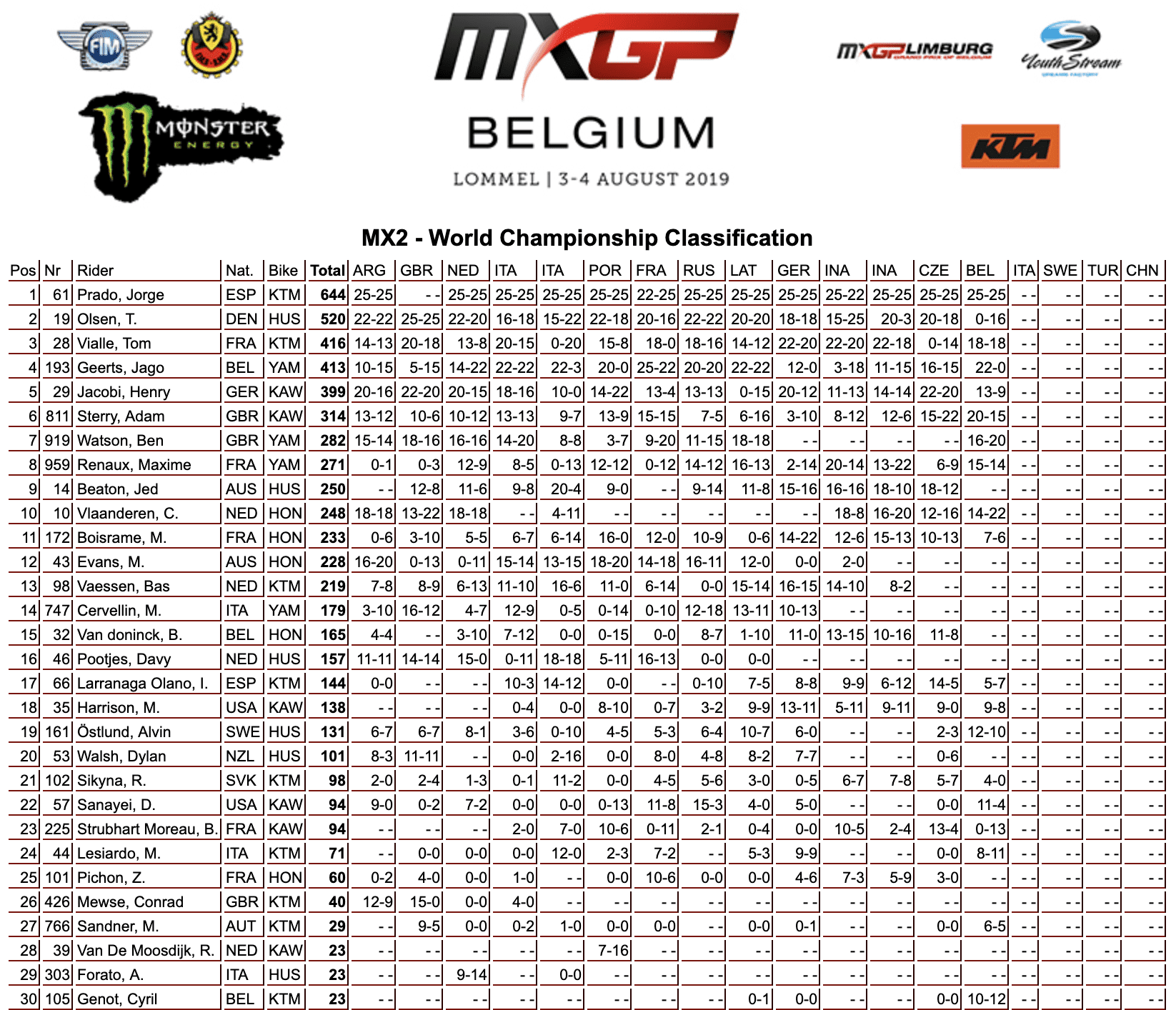 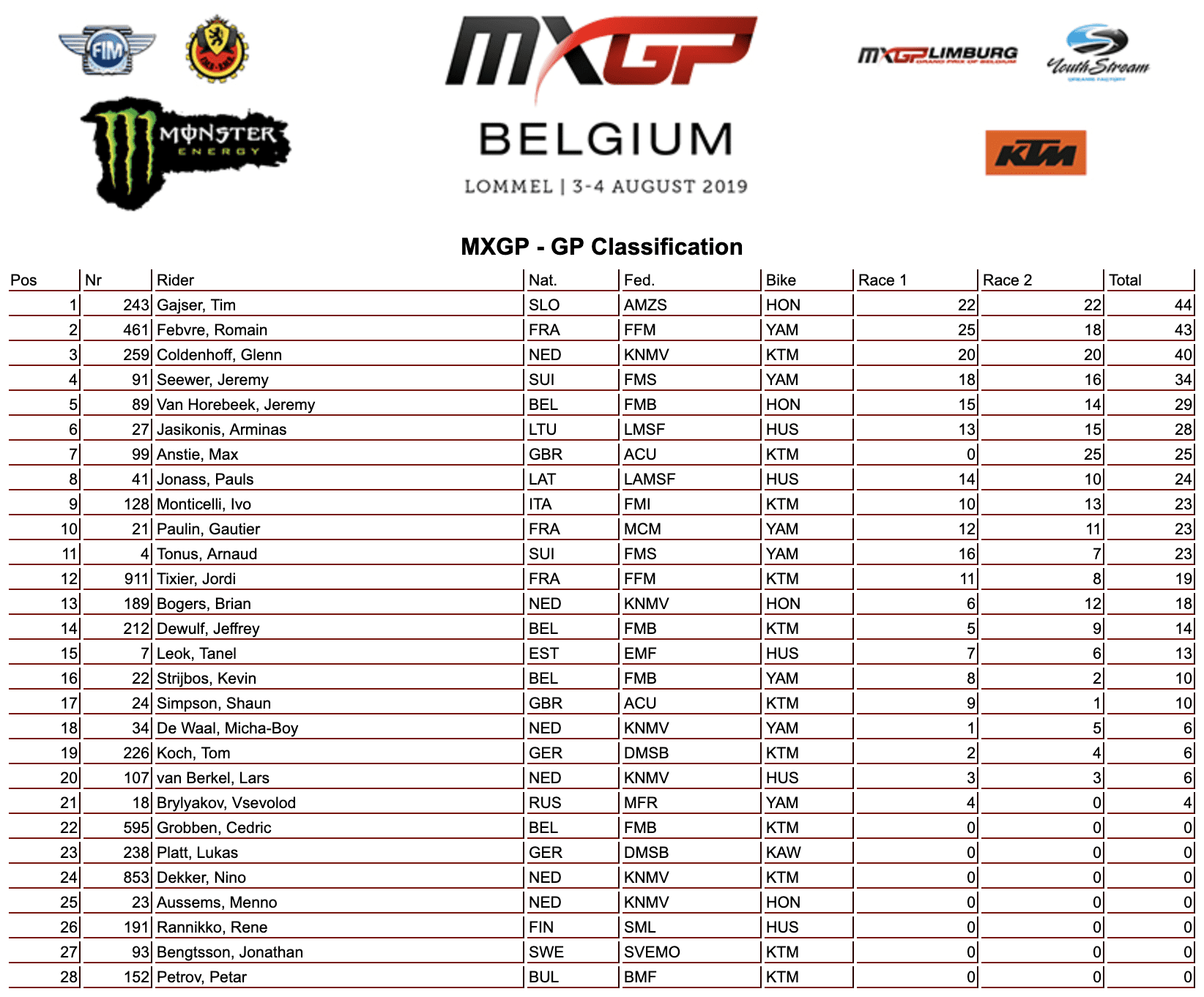 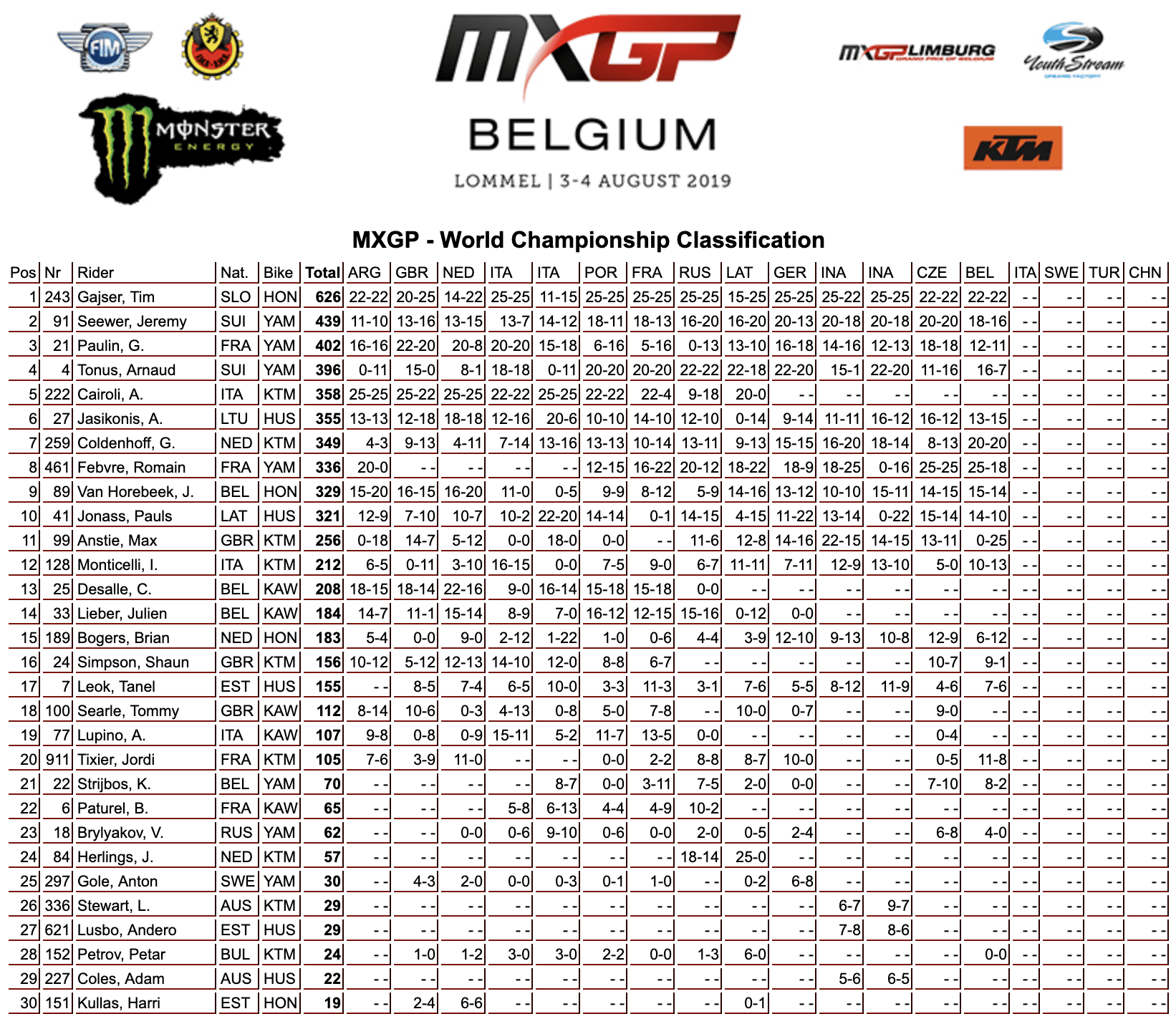 During the weekend at Lommel, Team Switzerland and Team Belgium took the time to announce their riders for the 2019 Motocross of Nations that will be held at Assen. The small European countries are powerhouses at the international event and both of their rosters will include racers that have experienced their share of success at the MXON. Expect Team USA to be announced this weekend at Unadilla.

The last push of the 2019 Lucas Oil Pro Motocross Championship will start this weekend with the 2019 Unadilla Motocross, round of the summer. Both championships are very close and there are realistically three riders in each class that could leave with top honors, should everything go their way. To get excited about the last motos, watch the extended highlights from the prior nine rounds and give the point standings a glance. 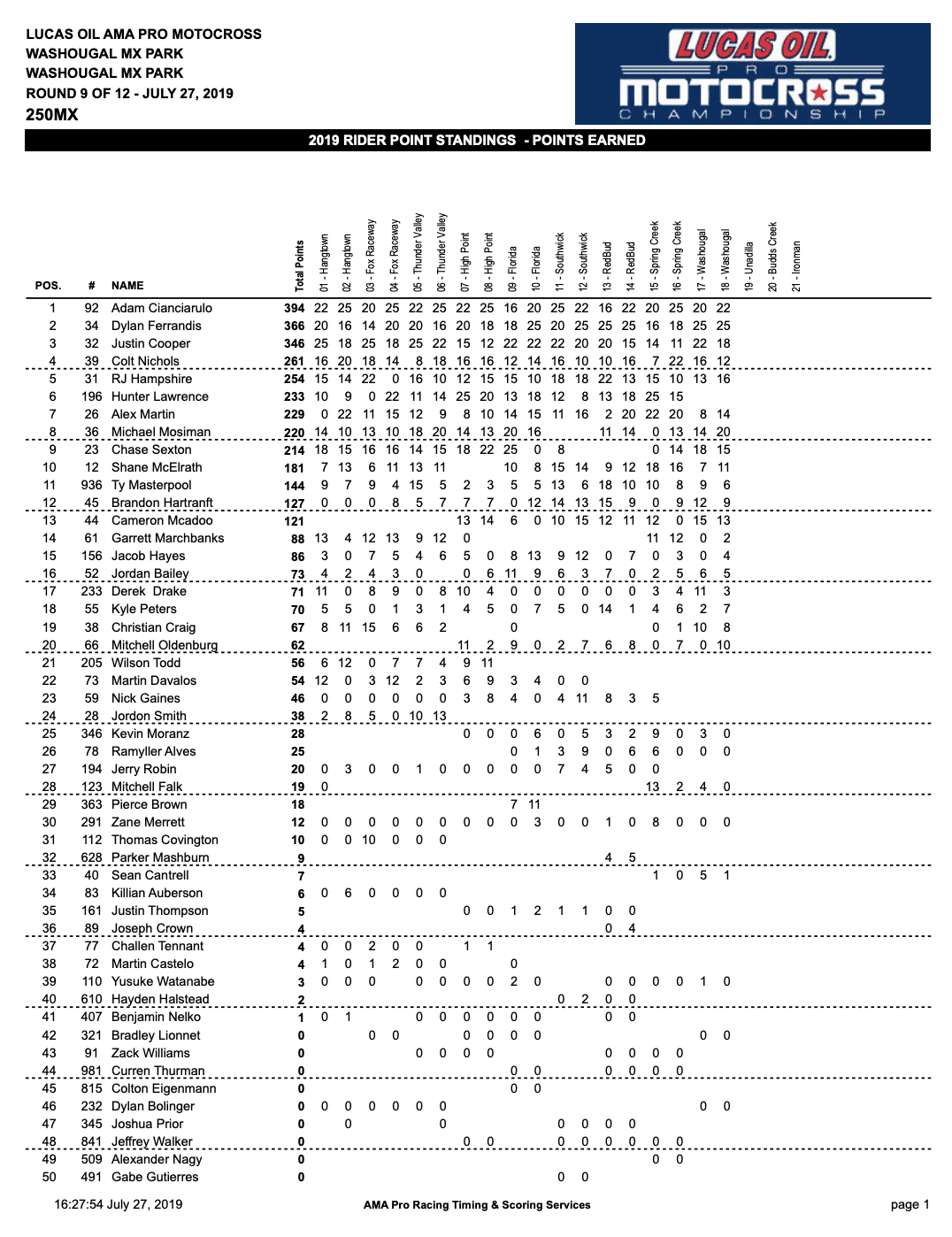 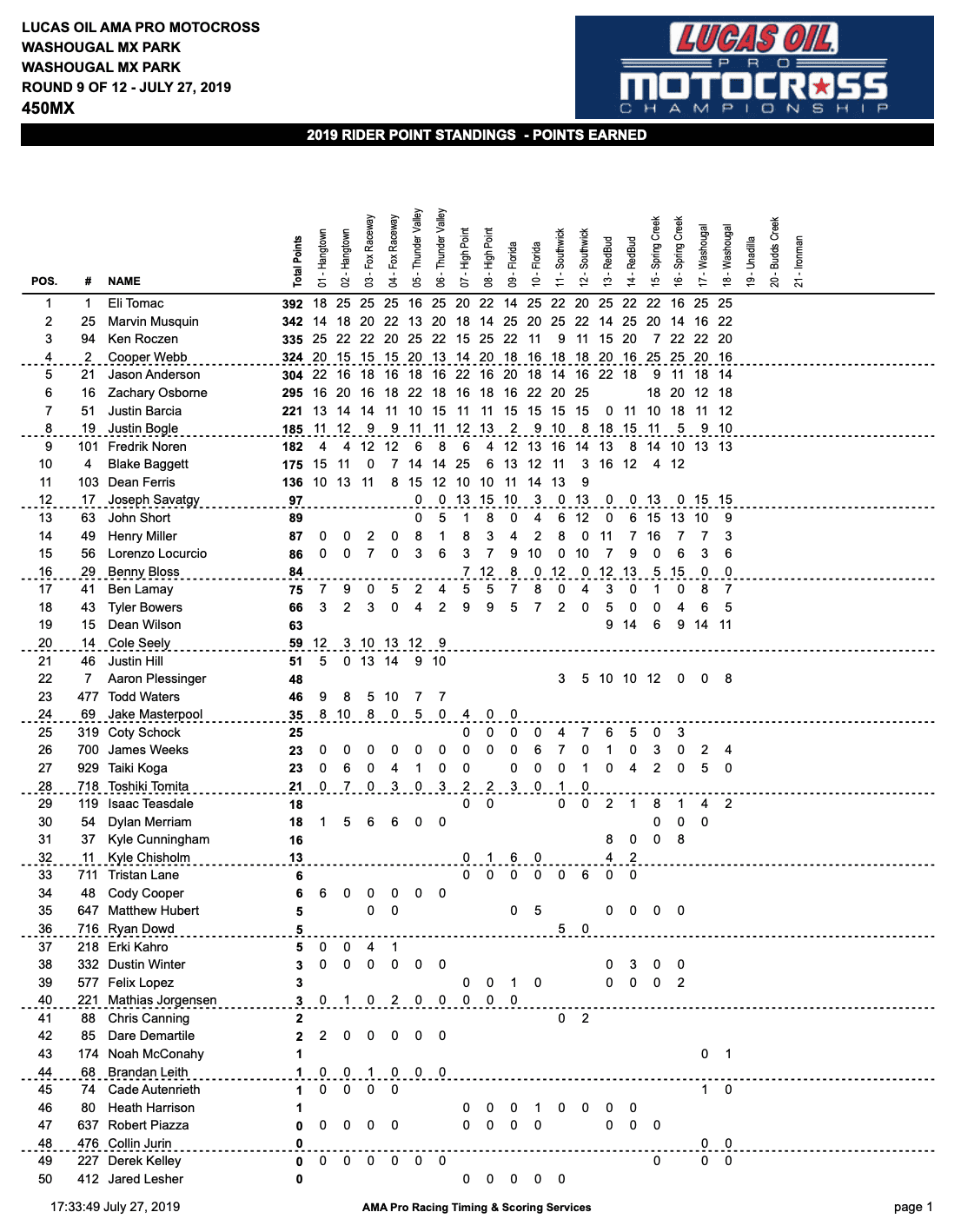 Feld Entertainment just put out the track map for the 2019 Monster Energy Cup and it’s a new take on design, that’s for sure. The offseason event that’s known for its Joker Lane, three-moto format, and big payday will feature two different starting gates and three different tracks in 2019. How will that happen? For one race, riders will do the entire course in the opposite direction. Ricky Carmichael and Mike Muye explained their plans to Racer X in an exclusive interview and say that the way the course will be built should erase any concerns riders have about going backward. The race takes place at Sam Boyd Stadium on October 19th.