Kickstart | Calm Before The Storm 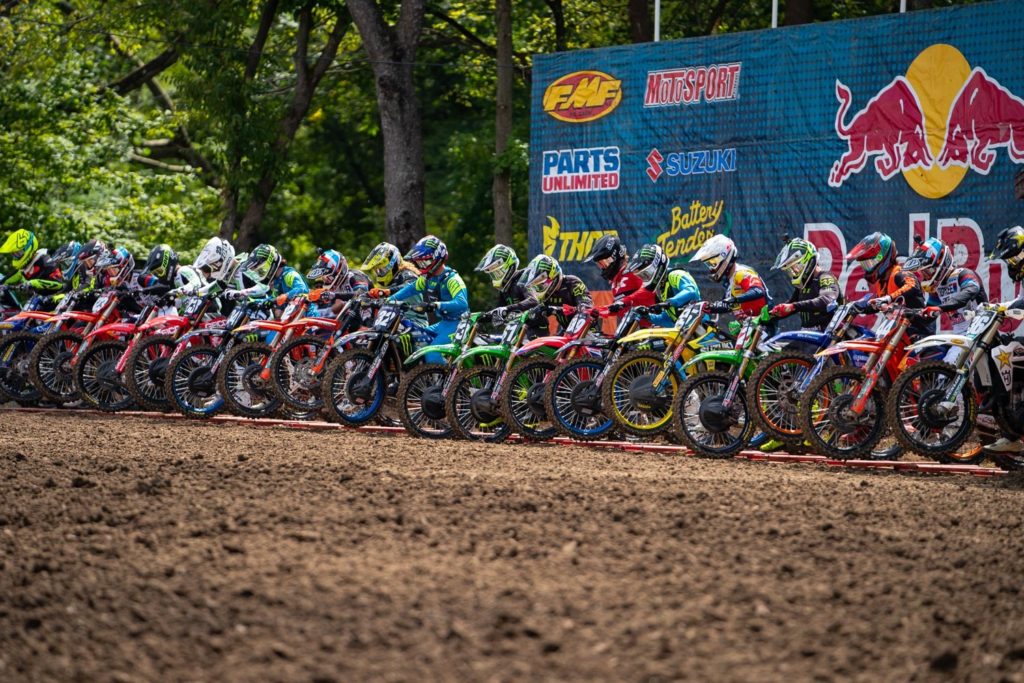 We’re just over two weeks away from the start of the 2020 Lucas Oil Pro Motocross Championship. Getting to this point hasn’t been easy and there are still plenty of obstacles ahead, but a nine-round race season seems like a very good way to get us to the middle of October. Details for the tour are being announced at a quick pace and in the last week, MX Sports confirmed that there would be limited race entries, distributed a safety packet that anyone with a credential must adhere to when on-site at the races, and rearranged the dates of the RedBud doubleheader. Things like this will continue to come from here on out, especially with ever-changing restrictions in places that the series will visit, and good or bad, we’re all going to take each development as they come.

Teams have taken advantage of the longer than usual break between the end of SX and the start of MX, which allowed some to make up for the missed testing time in March-April. Some are getting creative with their routines, including those that opt to put in practice motos on public tracks at the end of the day, after everyone has left and when the course is at its worst. It’s not a new strategy by any means, but it allows riders to avoid the chaos that comes during an open practice day in SoCal and lessens the chance of a season-upsetting injury.

Which leads us to the next talking point: Can you remember an outdoor season with a field this fast or healthy? It’s very likely that more practice motos have been logged over the course of the last month than in any July going back to 2013 (the thick of the RD-RV era) and we’re a little amazed more crashes haven’t claimed competitors. It’s a huge bummer that Aaron Plessinger will be out for the summer, especially because he had been running where so many expected him, and that Monster Energy/Pro Circuit/Kawasaki’s roster has been altered after Austin Forkner/Jordon Smith/Garrett Marchbanks had their injuries, but that’s not really a lot of people out for this time of year. Are riders backing down their efforts during the mid-week motos to limit the risk of injury and make it to the season? Eh, not quite, because it looks like everyone is still willing to go all-out when they’re in public. Instead, they seem to have found the fine line between a pace that’s faster than ever but not flirting with disaster. We’re very, very excited to see how close the lap times are during the practice sessions at Loretta’s.

Later this week we’ll go into full details about the rider-team rosters for the summer, because there have been some changes like guys stepping up to the challenge of a new class (Mumford/Sexton/Cianciarulo), others returning from injury (Musquin), and a few making their debut (Anstie). Seriously, it’s going to be tough to predict the top-10 riders every week for any moto.

The potential for the on-track action overshadows how some details are still uncertain. Despite how we’re going to cram a full summer into roughly a two-month timespan, and that races are quickly approaching, Ironman and Florida are still the only two rounds that have been publically approved to sell general admission tickets and you can do so through promotocross.com. Washougal and RedBud are taking full advantage of the loosely written rules that will allow “amateur day competitors” to be on the property after their state governments restricted large public gatherings, but no other track has come out and said what they’ll be able to do, including the opening round in Tennessee. Spring Creek is hopeful that fans will be able to come, same for Thunder Valley. We’re hoping to know more by the end of this week. UPDATE: On Tuesday afternoon, tickets to the Loretta Lynn Motocross were made available for the public to purchase.

We’ve gotten a few messages and comments from fans asking if all of us should be worried about the problems that Major League Baseball is going through or if the continued uptick of positives cases will bring Pro Motocross to a halt. In our opinion, this is one of those times where motocross not being a mainstream sport will play into our favor. Unlike Supercross, which took up residency in the state-owned/managed Rice Eccles Stadium for a month, all of the Nationals take place on private property. Yes, the track owners have to communicate their plans to their local health and public officials, but they aren’t as restricted or under as watchful of an eye as Supercross was. A number of auto racing championships have traveled the country for months with little to no issue, and we expect the Nationals to fly under the radar as well. The only thing that could really upset the summer is if the United States went back into a full lockdown, which is highly unlikely at this time.

Another big difference between MX and MLB is the testing procedures. Unlike baseball, the only procedure in place will be a temperature check upon arrival to the track. No nasal swab, no waiting for test results, and no pre-race quarantine after travel will be necessary. Really, it’s the only way that the “work pods” could openly travel to different states without flying private. Per the health and safety plan, the only time that someone will be required to take a COVID test is if they had displayed symptoms or had a fever during the temperature check; A person would be allowed on track property if they bring back proof that they went somewhere to have a test done and it came back negative.

The low-level testing procedures have been met with criticism and praise by some within the sport. Those that approve feel that it is just enough to check the boxes necessary in reaction to COVID-19, while those that oppose think it’s not enough. Will this be a big enough issue that teams will sit out the summer entirely, like how Honda announced they will not take part at the Loretta Lynn’s Amateur National? We thought that was really going to be the case a few weeks ago when there was some serious pushback towards the nine-round schedule, but by now we assume every OEM-supported team will race, partly because there has been little objection or protest towards the other forms of racing that they participate in.

Right now every effort is being made to run the Lucas Oil Pro Motocross Championship as intended, with nine rounds in eight venues around the country. Everyone is doing what they must to make sure they are prepared, knowing all the while that a proclamation by a government official could cause changes. There are some backup plans, like subbing in High Point should a track not be able to race or shortening the schedule if necessary, but those are things that will only be used as a last resort. MX Sports knows if they drop the gate for one round of Pro Motocross this summer, they will have to do everything in their power to see the season through, even if it’s just to the six-round minimum that everyone has agreed to. These two weeks before Loretta’s is the calm before the storm…

Ken Roczen | Will Miss All Of 2020 Pro Motocross