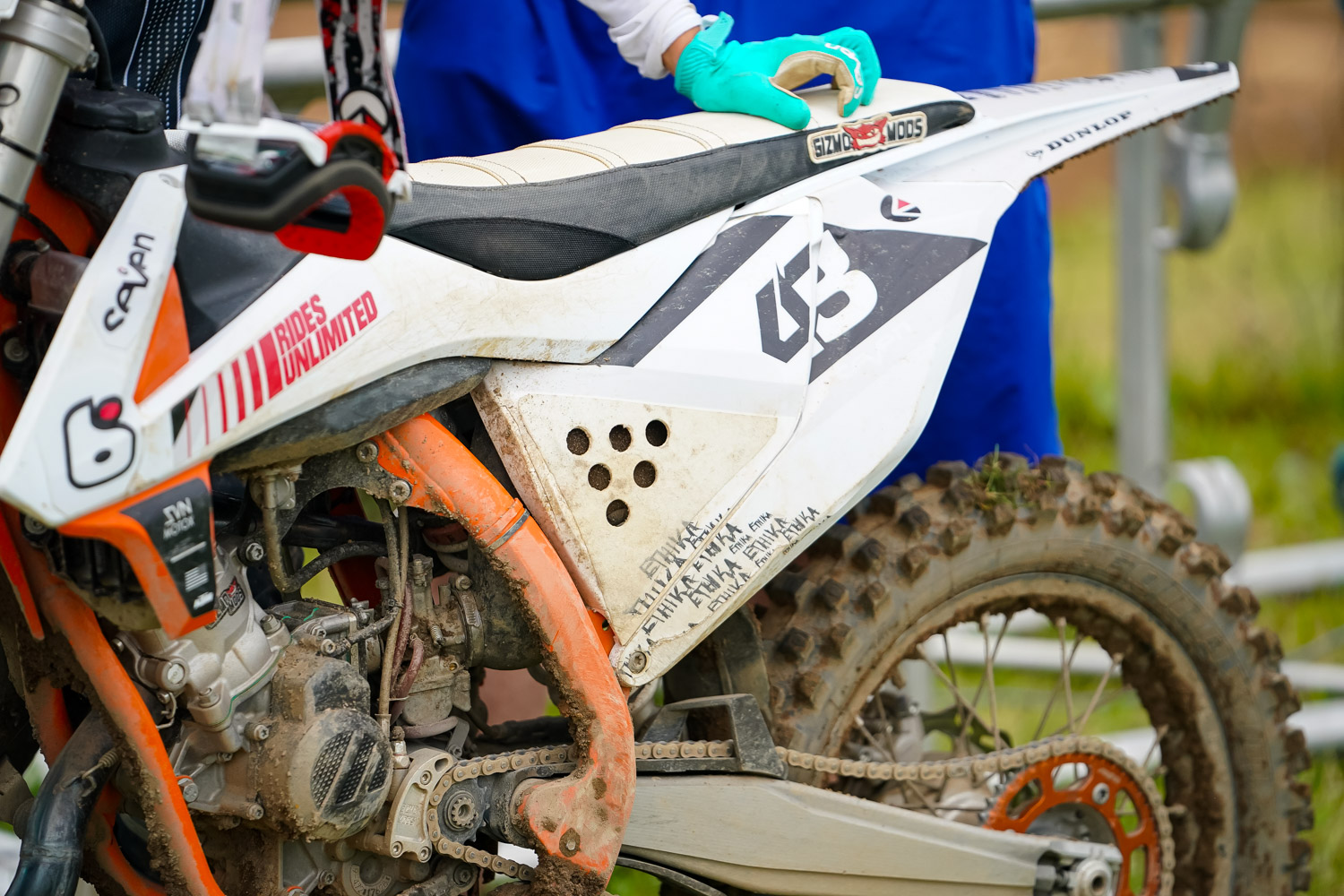 Just because we’re in the doldrums of the offseason doesn’t mean that the work is over. If anything, we might be busier than ever! These last few weeks have been a slam but we’d rather be busy than not, especially after the uncertainty we all went through earlier in the year. As 2020 comes to a close and the prep for 2021 begins, we figured now would be a good time to gather some of the content and news that’s come out recently and put it all in one spot. Hey man, they can’t all be masterpieces… 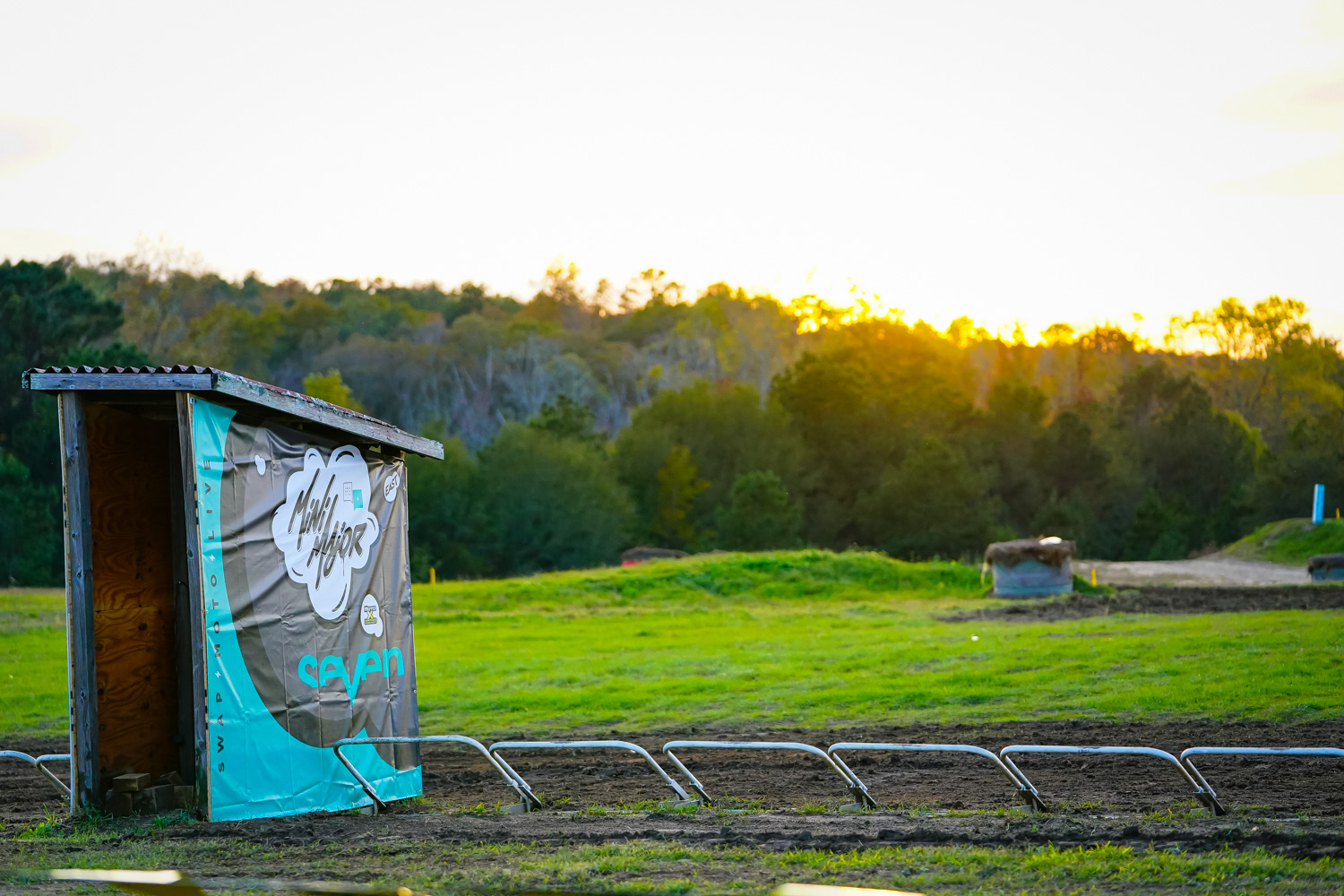 Much of our focus over the few weeks was making sure that the 2020 Mini Major East went off without a hitch, as this was the first-ever venture for the Swapmoto Live-Swapmoto Race Series-CMXRS crew outside of Southern California. The race has become a very popular event on the West Coast, thanks to its minis-only format and the range of young riders on the starting line. Yes, we want to see the top talent come to the starting line for certain classes, just like the super prestigious amateur events, but at the same time, it’s important to have classes for competitors of all skill levels so that they feel just as appreciated.

We’d wanted to run a second Mini Major for years, despite challenges with race season calendars, the availability of tracks, or uncertainty in interest. The unexpected spike in rider turnout at tracks around the country this year made it clear that it was time for us to take the show on the road and after just a few weeks, our staff and supporting sponsors like Seven MX/6D Helmets/Stacyc/Custom Upfits had worked out the details with Matt Walker to bring our program to Silver Dollar Motorsports Park in Reynolds, Georgia.

Getting things to the other side of the country took some effort (thanks for driving the van from CA to GA, Dommer and Doni) but by Friday every Acerbis track marker and Seven MX pylon was in place for the first laps of practice. Matt Walker has always hyped up the dirt in Southern Georgia and after seeing it for ourselves, we can confirm that the Moto X Compound’s prep and Maschio equipment is legit. An unexpected rainstorm on Saturday swept through the area forced a slight delay, but within an hour, the dirt was turned over and the program was going again.

One detail about the Mini Major East Coast that deserves some attention was the increased interest in the Girls classes. Walker told us there is a growing number of female riders down south and that it was worthy of a bonus, so he helped pull together a sizeable purse that was paid in gift cards (cash can’t be passed around in ‘Amateur’ racing). Katie Benson was the big winner with 1-1 scores in the top Girls division and walked away with 1200-bucks, while others were awarded for their results and Custom Upfits holeshots.

The excellent weekend has us already thinking about what to do for the 2021 Mini Major East Coast. Have a suggestion or a comment? Drop a comment below and let us know!

Thank you to everyone that helped make the 2020 Mini Major East a massive success. It was great to chat with the families and riders we got to know over the weekend and we hope that this event lived up to your expectations. The track crew’s efforts cannot be overstated enough and our race series team did an excellent job making sure every detail was sorted out before the gate every dropped. Again, we at Swapmoto Live and the Swapmoto Race Series appreciate the support and we can’t wait to come back for another race in the future! Check out our content from the weekend and check back soon for the full results link… 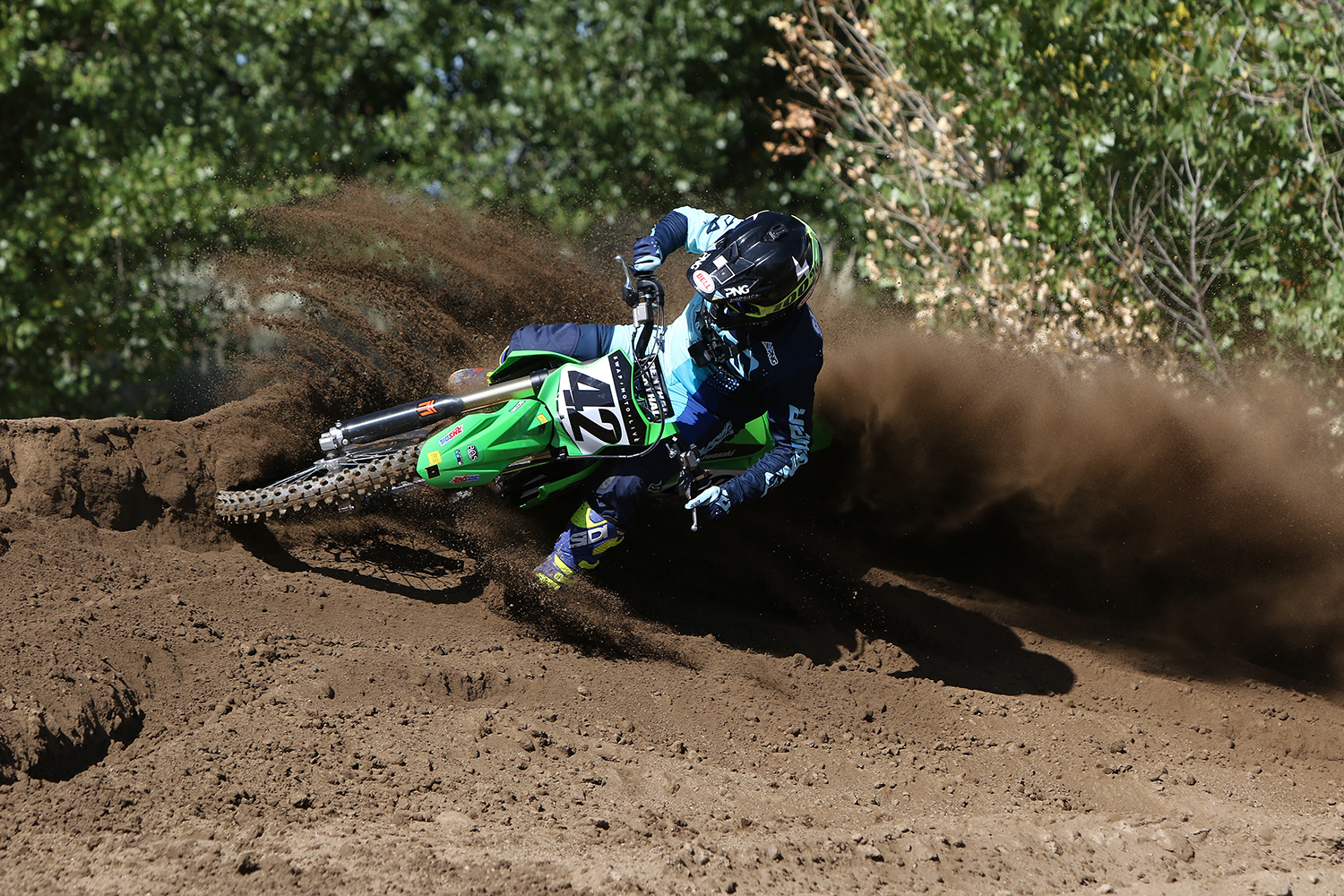 Our West Coast crew will spend the next few days at Cahuilla Creek MX running the 2021 250 Motocross Shootout, so while we pump out the details of the small-bore showdown, we figured this was a good time to get our 450 Motocross Shootout back on your mind. We know that there are riders of all sorts in motocross, so we’ve made it a point to add specialty categories to our comparisons, including the Big & Tall Shootout for the 450 bikes.

The 2020 Monster Energy FIM Motocross World Championship wrapped up its season last week with a set of races in Italy. The last two rounds were important for their own reasons, as Tim Gajser claimed his second consecutive MXGP title at the MXGP of Pietramurata and Gautier Paulin wrapped up his excellent professional career at the MXGP of Garda Trentino. Thanks to the GoPro sponsorships that both riders have, we’re able to see the defining moments from their perspective.

Stewart Baylor’s 2020 season has been something. A fan-favorite for his laidback attitude and skill on a bike, Baylor’s signing-split with FactoryONE Sherco, silence about the situation, absence in the middle of the season, and then a stunning return to GNCC racing after the summer break with AmPro Yamaha has been the story of the year.

Baylor is one to speak his mind and depending on who you talk to, that can be a good or bad thing. That ability comes out in this 16-minute video by GNCC videographer Mason Rader, as Baylor explains the knee surgery and in a roundabout way hints that it was a factor to the release from a three-year contract, complications that he encountered after the operation, and his renewed outlook on racing, especially as he eyes the now-open throne.

This is an excellent video by Baylor and Rader.

Jeff Emig and Ricky Carmichael’s video program with Fox Racing, Real Talk 447, is always an excellent watch. The two legends in the sport are good friends and together, they’re able to explain the details of what it takes to be a champion to the masses. For their latest episode, they chatted with newly crowned 450 MX champion Zach Osborne about his career, run to the title, and the importance of family in his program. Zach is a super fan of the sport and it’s very cool to see the three connect on camera.

Last week David Izer from the famed DMXS Radio show called Anton for a long chat about all things in the industry. DMXS has been around for years and we appreciate their support of SML and their annual pre-race party at the ATL SX, so it was a pleasure to talk about a long list of topics and recent happenings.