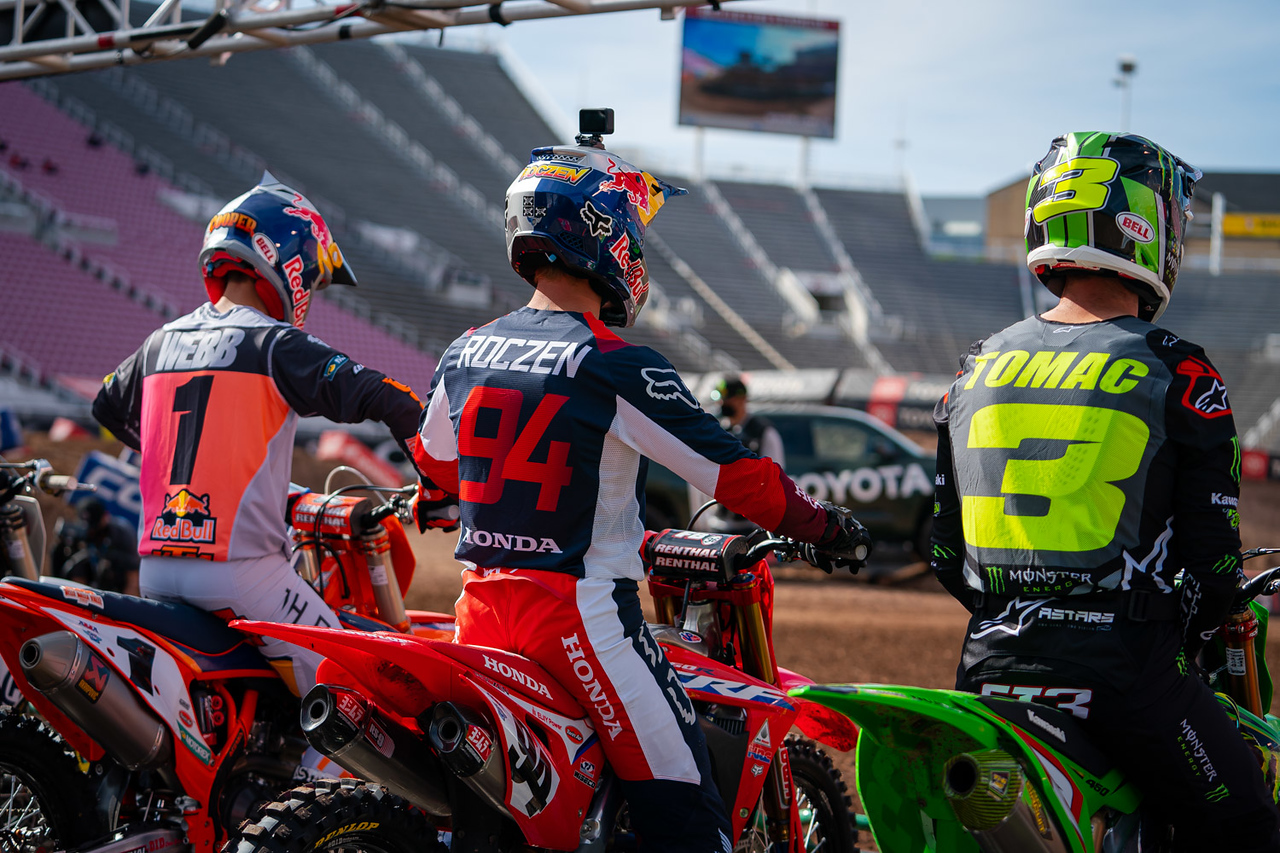 Last week Sean Brennen, our main point of contact at Feld Entertainment, invited me to be on the panel for the Monster Energy Supercross Series preview show. Being part of last year’s preseason special was a highlight to my career as a moto media guy and seeing it on the big screen at Angels Stadium before the first gate drop at Anaheim One was something I’ll never forget. The Feld staff scheduled an early slot on Monday morning, so on Sunday night I rewatched last year’s video and highlights from the season and thought about what I could mention the next day.

Do the same if you feel so inclined…

It seems so long ago, huh? I’ll avoid getting into a whole contrived explanation segway about how 2020 has been, because WE ALL KNOW, but it’s impossible not to notice how the events of the last 10 months will impact Supercross for years to come. Riders have experienced defining moments on and off the track, multi-million dollar legacy race teams have closed their doors, and the series has been forced out of its decades-old, comfortable, predictable routine.

The thought of an Eli Tomac-Cooper Webb-Ken Roczen battle was on everyone’s mind at this time in 2019, and although Webb was the defending champion, his accomplishment was overshadowed by the usual debate about if Tomac would finally breakthrough or if Roczen could return to his former level. The 450 SX title had eluded both riders for years, Tomac due to strange mistakes and Roczen due to injury, and they entered 2020 with their own goals. Everyone involved at Monster Energy Kawasaki, including Tomac, made it clear that the expectations and pressure were at an all-time high and that anything less than the championship would be considered a failure. Roczen, on the other hand, was doing everything possible to get his body back to full health so that he could break that lengthy winless streak and reaffirm his place in the sport. That 2019 championship revitalized Webb’s career and was the most-talked topic of his program, but some doubted that he’d be able to do it again and believed the number one plate would change hands by the end of the season, which made the chip in Webb’s shoulder even bigger.

We know how the rest of the year played out for all three riders. Tomac avoided disaster on the track and was crowned champion at the SX finale, Webb overcame an illness and injury early in the year to end in the runner-up spot, and Roczen put in a dominant-triumphant Main Event win at the St. Louis round but experienced severe energy issues in the closing rounds. The summer wasn’t as solid; Tomac failed to defend his 450 MX title and the other two spent months on the sidelines so they could recover from a back injury (Webb) and assorted health concerns (Roczen).

Their absence allowed other riders a much-needed opportunity. Jason Anderson, Justin Barcia, Marvin Musquin, and Blake Baggett all scored moto wins, while Zach Osborne and Adam Cianciarulo battled for the 450 MX title and made it clear that they are now part of the “elite group.”

The nine riders mentioned above have faced success and stresses over the last year, on the track and off, that will be used as motivation. Tomac and Roczen got burdens off their backs (Tomac with a title and Roczen with multiple wins) and became fathers for the first time. Webb made it clear that he can outduel anyone for a win and got married. Osborne contemplated retirement after a back injury, came back to score the 450 MX title, and adopted the racer-dad role more. Cianciarulo got closer to his ultimate goal of being one of the guys by winning 450 MX motos and became even more of a well-rounded adult. Anderson parted ways with Aldon Baker and silenced doubters with finishes at the front of the field indoors and outdoors, but hasn’t raced since July due to an arm injury. Musquin returned to action after spending an entire year on the sidelines with multiple knee injuries and won a moto at Ironman, the track he got hurt at the year before. Barcia won races and after a very active round of negotiations with two teams, signed a multi-year contract to GASGAS. Baggett channeled his potential for a stunning moto win at RedBud, had surgery to remove a cyst on his right hand, and then unexpectedly parted ways with his team days ago. And that’s just a few of the two dozen people expected to be in the Main Event at Houston One.

Where am I going with this? We are in a golden era of our sport and sorry to be blunt, it’s only going to last a little longer.

Every rider is currently working on their training, sorting out the bike, and getting back up to speed before the gate drops on January 16, and the lack of preseason races will allow them ample time to work out the details. Here’s hoping that everyone stays healthy all the way through the offseason because as we saw last year, there are a lot of riders capable of mixing things up with a win/podium/top-five finish/fastest qualifying lap/etc.

But yeah, we’re a few years away from a major flush in the talent pool. Some of the elite guys in the sport are nearing the end of the illustrious careers (Chad Reed will not return full-time, Tomac/Roczen/Musquin have one year left in their current contracts and will either continue or retire after 2021, Barcia/Osborne/Anderson/Brayton are good for another few years) and how 2021 goes will certainly play a part in their decisions. While they contemplate the pros and cons, a handful of others (Webb/Cianciarulo/Chase Sexton/Dylan Ferrandis) are eager to start their time at the top and are expected to raise the level of the sport even higher.

Realistically speaking, there are eleven riders truly considered capable of winning races in 2021 and a handful of others that could make things interesting if the right situation occurred. Name another time when we could say the same.

Oh, and Feld just announced a change to the schedule and now the riders will click off seven Supercross races in twenty-eight days, during the middle of the season. This is going to be good. 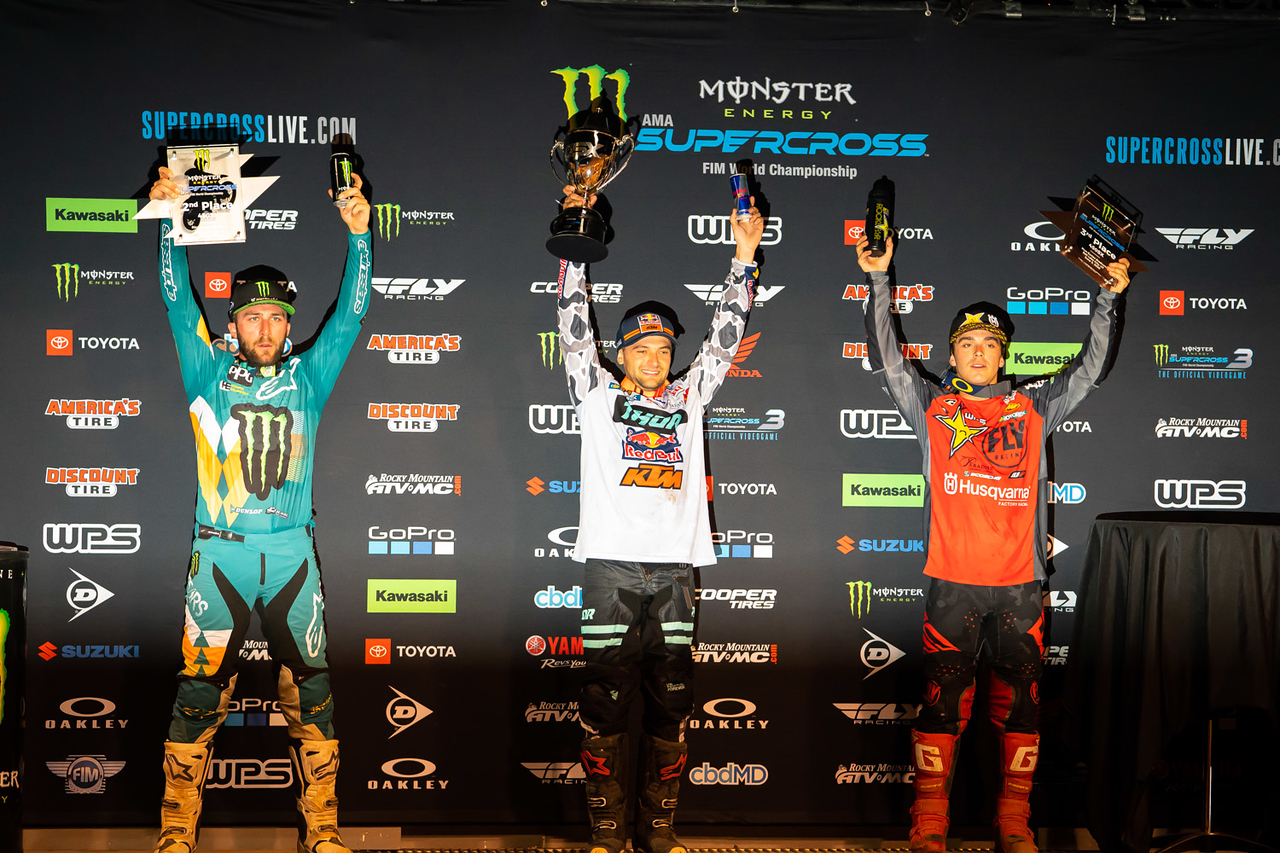