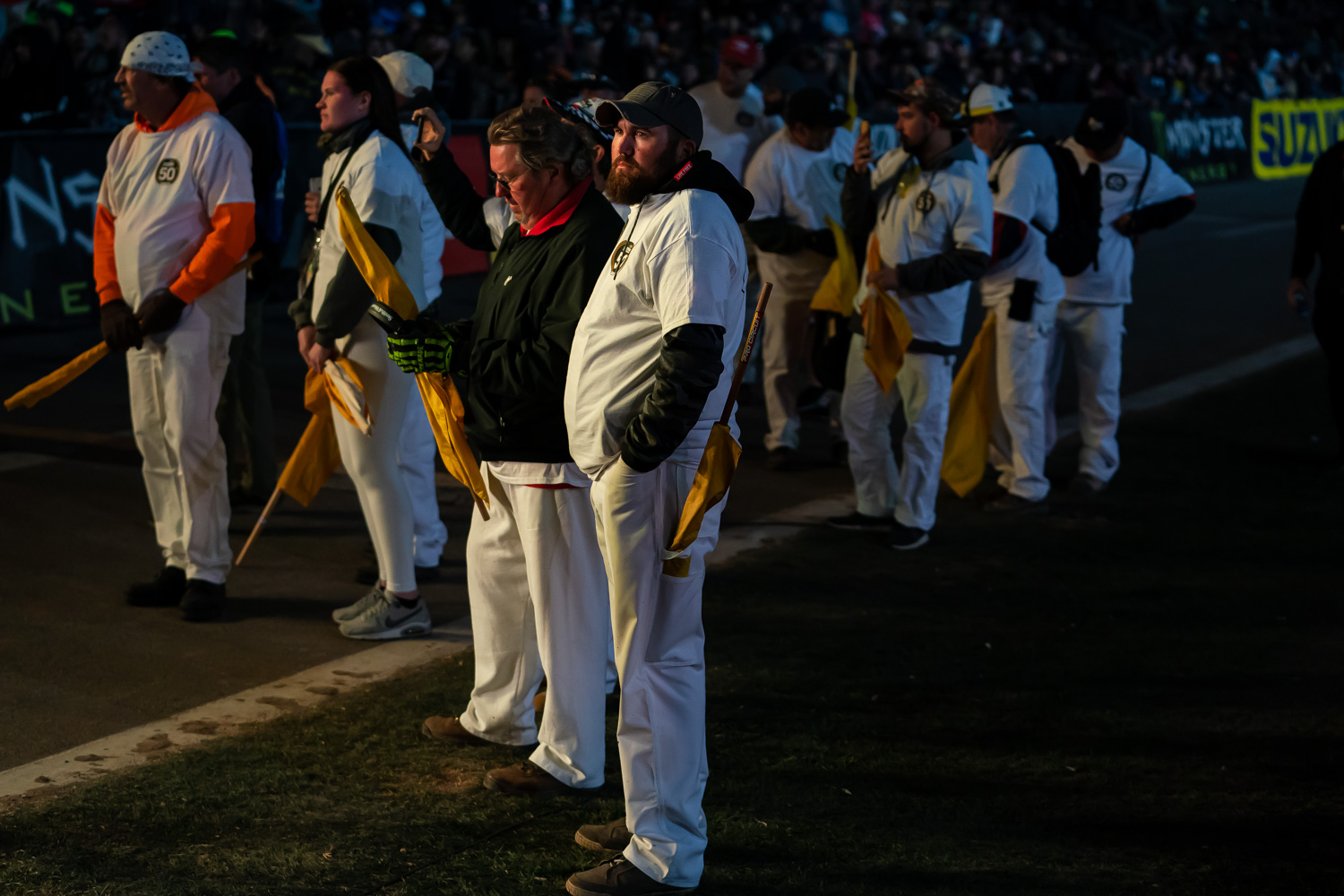 Certain things that were going on in the MX world 12 months ago still stick out in my mind. After an exceptional Main Event the week prior in Atlanta, everyone’s attention was on the championship battle between Tomac and Roczen, the longshot hopes of Webb and Barcia, and the next run of races that were scheduled.

The week between Atlanta and Daytona was the typical Florida motocross tour. Although we work for rival publications, close friend Travis Fant and I decided to split hotel costs and hit the key tracks on our way south (I went to MTF, Blake Baggett’s compound, and the Pro Circuit Open at Tampa MX before going to Daytona). It was business as usual for everyone at those places, and the usual “how can we grow MX?” topic came up in conversations between practice laps.

We’d heard rumblings about what was happening elsewhere in the world for a few months and for a while brushed it off as nothing too serious, but the first feelings of uncertainty started in the garages at the famed motor speedway after a few people mentioned the possibility of the Seattle round being scrapped.

I hadn’t booked a plane ticket for the Seattle race yet, due in part to prices and because things in the PNW had seemed a little shaky for a while. When the race was over on Saturday night, I grabbed a few minutes with Sean Brennen from Feld Entertainment and asked if there was any reason to hold off running my credit card. To his credit, everything Sean said at the time was right; the series had no intention to change their plans, especially because the trucks were going to be loaded up and headed to Indianapolis the next morning. I looked at prices again, packed up the last of my things, and headed to the rental car, still a little unsure.

Oh, one important detail that needs to be brought up for context: I got extremely sick right before the Arlington round and was a mess for weeks, complete with low energy and hacking coughs. My wife and I assumed it was due to the weekly travel and weather changes, but just before Daytona, I went to urgent care for a check-up and was diagnosed with a difficult sinus infection. The doctor’s note gave me some peace of mind that I wasn’t going to be SX Patient Zero, but I kept to myself during the race weekend.

Anyway, I woke up in Jacksonville on Sunday morning, started the long drive back to St. Louis, and even followed the Feld Entertainment service rigs for part of the way north. I looked at the schedule printed on the trailer door, thought about what might happen the following Saturday at Lucas Oil Stadium, snapped a cell phone phone, and ducked into the fast lane with hopes of making up time.

Things went sideways a few days later, and though it’s been 12 months, we are still far from being straightened out entirely.

Expect to see a lot of “this time last year” articles posted online over the next few weeks. What, did you expect a bunch of content creators to completely overlook the hottest topic of the time? I figured we’d get ours out of the way early. That way, we can direct the attention to things that more “of the moment” instead, including incredible pro racing that will soon be taking place around the world, how the OEMs continue to produce high-quality motorcycles and that some are committed to making advancements in battery technology with the latest pact, and how the industry as a whole, from brands to dealers to tracks, is working to meet the demands of very excited consumers.

The first few weeks of the pandemic were stressful for everyone. I had a few freakouts along the way (being stuck at home for the first time in my adult life probably didn’t help), but eventually noticed the surge of people at riding areas, had to hunt to find a bike, and understood that this might be motorcycling’s much-needed chance to attract new participants.

From what we’re hearing and seeing already, 2021 should be the biggest time of our sport’s recent history. Tracks around the country are adding dates to their calendars and have been packed with people, which is a massive indication that people really do want to ride, gas prices are reasonable, and the weather is about to warm up everywhere.

No one knows how long this golden era of MX might last, so let’s enjoy every lap of it.

Kickstart | Twelve Down, Five To Go