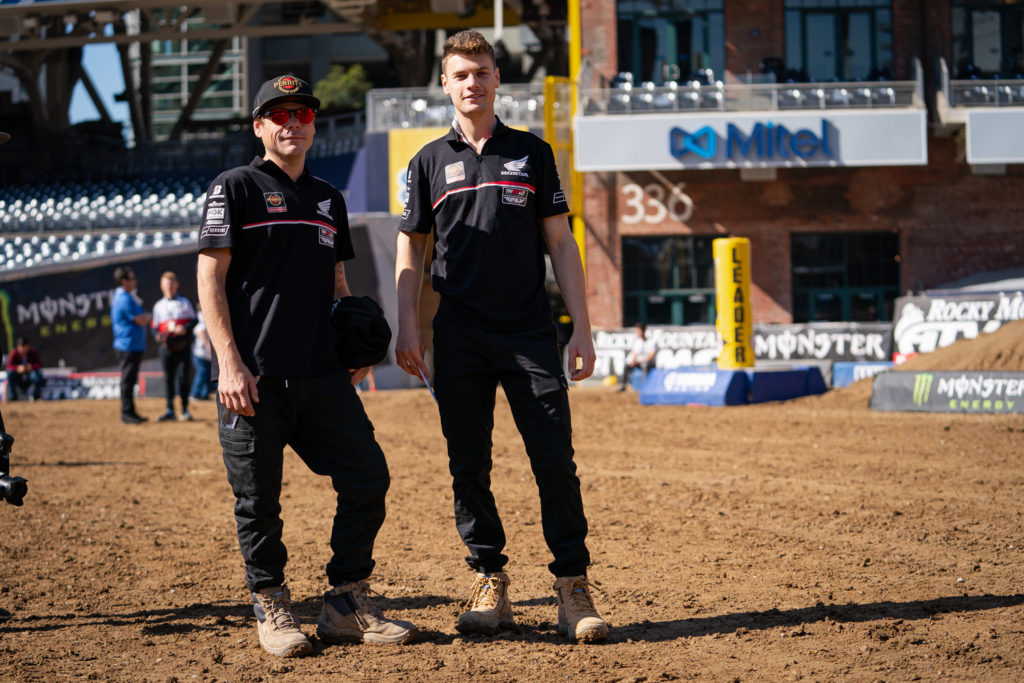 Aaron and Luke Clout. The brothers have made the move to the United States for a run at the 250 West Coast region. Aaron, on the left, spins the wrenches on the Penrite Honda CRF250R, while Luke has raced his way to seventh in the championship, the highest-ranked Honda-mounted rider.

When Luke Clout signed with the Penrite Honda team late last year, it was understood that their efforts would be focused on winning the championships that run in Australia; a six-race stint in the 250 West Coast region of the Monster Energy Supercross Series was an opportunity for the rider and team to pursue personal goals. There was no promise it would go any further, but team owner Yarrive Konsky felt that if the on-track results were good, it would show Honda Australia that it was better for the rider to stay in the United States for the second half of the 250 West Coast season, and not race the upcoming outdoor series in Australia. It seemed like a lofty goal, considering the hurried chain of events (Clout confirmed his deal as soon as the Australian Supercross Championship concluded, dropped from a 450 to a 250, moved to the United States in early December, and tested with Jamie Ellis at Twisted Development and Ricki Gilmour at KYB) and competition of the West Coast.

To describe the opening rounds of the 250 West Coast region as “chaos” would be putting it lightly, but someone always benefits when things are wild and this time, it’s Clout. After a rough Anaheim One (chalk it up to first race nerves), Clout clicked off five top-10 finishes and entered the West Coast break seventh in the championship standings, the highest-ranked Honda-mounted rider. Injuries and missed races by GEICO Honda’s Christian Craig and Jett Lawrence and Penrite Honda teammate Mitchell Oldenburg (hand for Craig, collarbone for Lawrence, knee for Oldenburg-all are aiming to be back in action at Seattle) certainly helped Clout’s cause, but he’s made it this far, diced for spots at the front during Heat Races, and posted a steady string of results (7-6-10-5-6). That’s what matters the most. 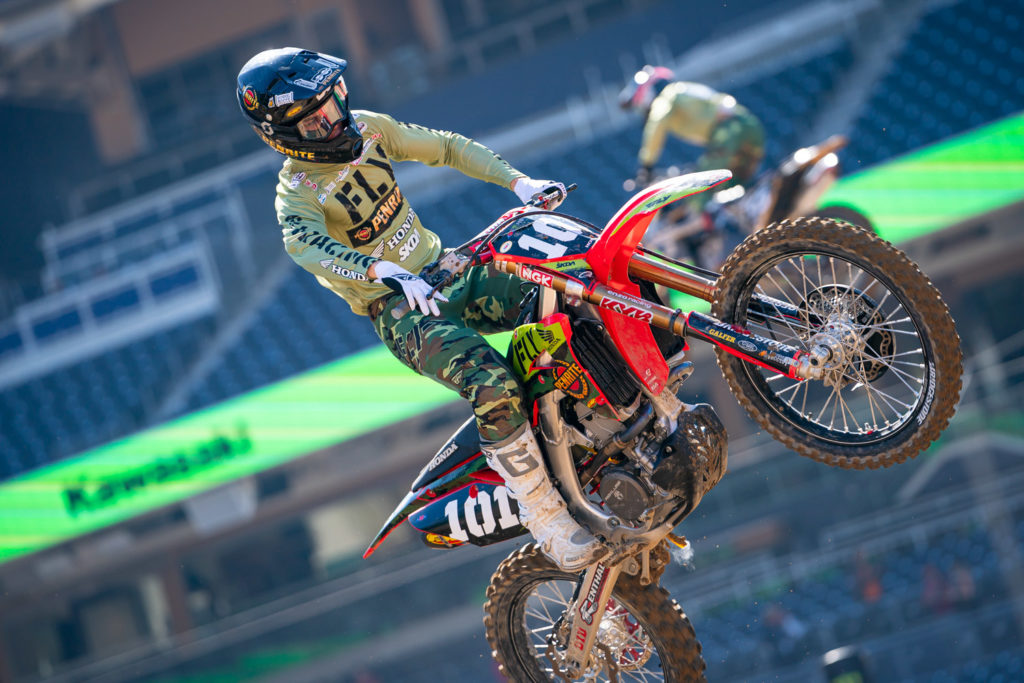 After some meetings and multiple US-Australia flights, Konsky has sorted out the details. Brett Metcalfe and Kyle Webster will head up Penrite Honda’s effort, allowing Clout to stay in the United States for the remaining West Coast rounds, return to Australia in May, have a break, and then prepare for the Australian Supercross Championship in late 2020. It’ll essentially make him a Supercross-only rider, much like what Justin Brayton is now, except he’ll race a 450 when he’s down under.

This break between races will be important for Clout because while the full-time US riders will have to turn their focus towards testing for the upcoming Lucas Oil Pro Motocross Championship, he’ll be able to further fine-tune his Supercross skills. Now, we’re not saying that he’ll steal a win away when the series comes back in Seattle, but he could become a serious contender for top-five finishes against the completely full field.

So pumped that I’ve been given the opportunity to finish out the supercross season here in the US, I can’t wait for the final 4 rounds! A massive thank you to everyone at @hondaracing_aus @honda_mc for making this happen! best of luck to everyone racing the series and I hope to see my team mates @bmetty24 / @kylewebster96 on the top step!