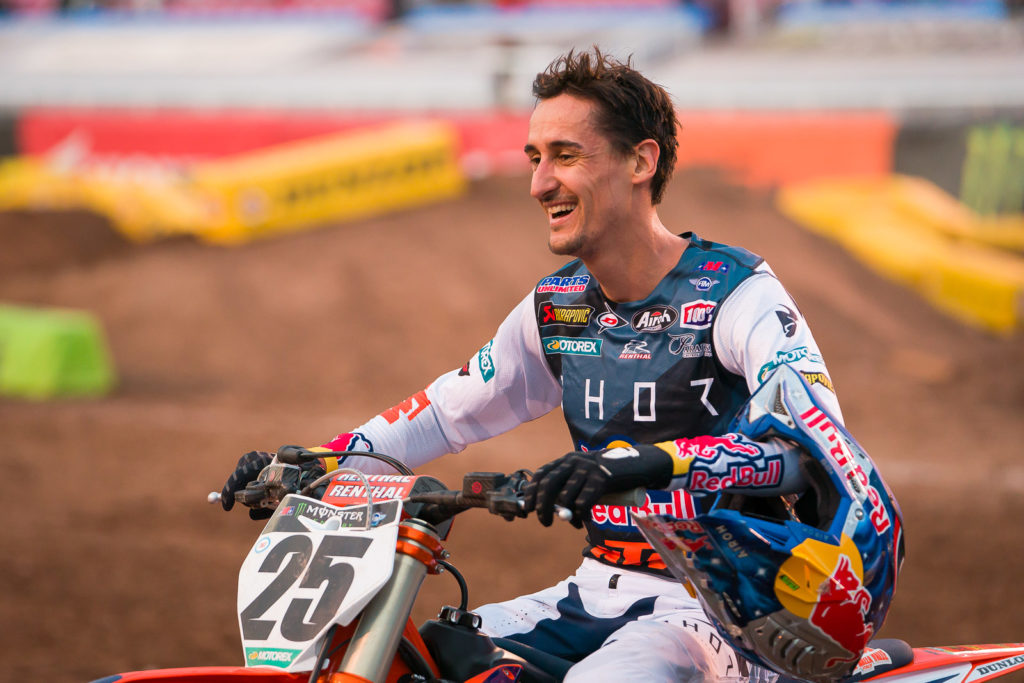 Red Bull KTM has confirmed that Marvin Musquin will remain part of their 450 Class lineup, but under very different terms than before. On Wednesday, KTM announced that Musquin will run a Supercross-only program in 2022, a deal widely believed to be a part of career-wind down by the longtime racer.

The announcement comes after a long negotiation between the rider and the company. Per conversations with people familiar with the situation, Musquin was initially offered a one-year extension this past Spring, but because of the deal’s financial terms, he did not immediately put pen to paper. KTM’s pursuit of Aaron Plessinger exacerbated this situation, as the orange factory team does not have a history of fielding three bikes, and there were discussions about moving Musquin to one of the other brands in the KTM-Husqvarna-GASGAS group. A brand change would have been quite the conclusion: it would have ended the 14-year partnership between KTM, Red Bull, and Musquin that dates back to MX2 titles in the FIM Motocross World Championship, as well as complicate separate contracts with gear, helmet, and goggles sponsors.

Fortunately for all involved, Musquin and KTM reached an agreement to go through the final round of the 2022 Monster Energy Supercross Series, with the rider aboard an all-new 450 SX-F with factory support. Musquin’s comments in the press release make it seem that testing and feedback of the new bike will be an important part of his deal, saying, “It will be another fun challenge working with the new bike, which will be a lot more work but that’s exciting!”

Musquin will be 32-years-old when the gate drops on the first race of the 2022 season and will have spent roughly half of his life as a professional racer. Complications from a knee injury in 2019 caused him to miss the entire 2020 Supercross season, but solid results in the 2020 Pro Motocross series and a 450 Main Event victory at the 2021 Salt Lake City One Supercross helped Musquin reaffirm his rank at the highest level of the sport.

In other Musquin news, the FFM has also announced that he will no longer be part of Team France’s Motocross of Nations effort due to ongoing effects caused by a recent bout of COVID. 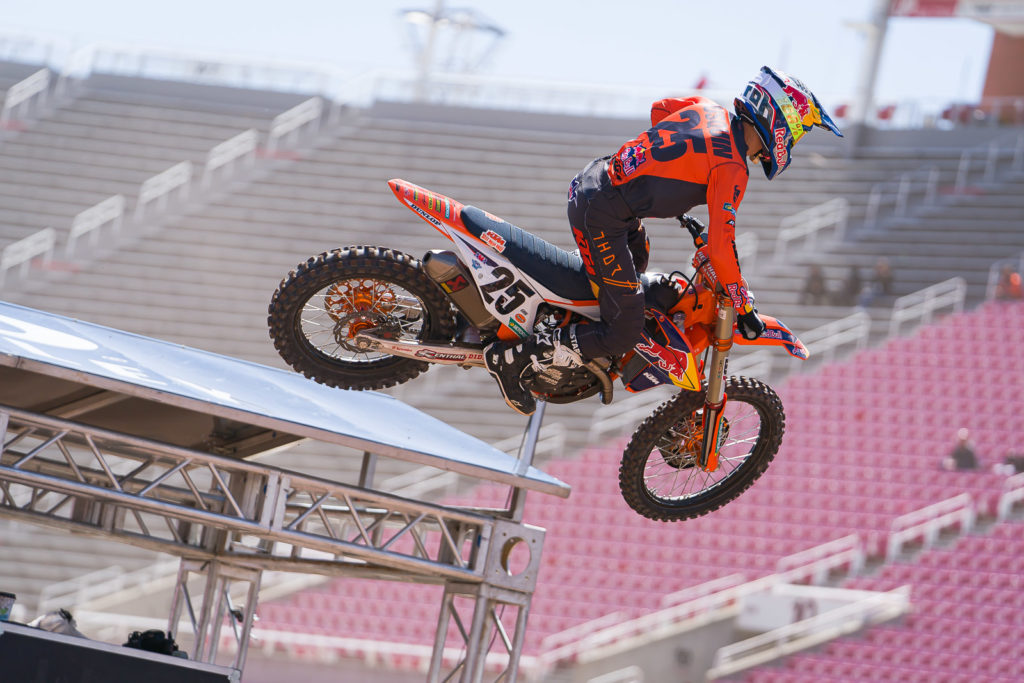 KTM North America, Inc. is pleased to announce that Marvin Musquin has locked in a deal to remain with the Red Bull KTM Factory Racing team through the 2022 AMA Supercross Championship.
Entering his 12th season with the U.S. Red Bull KTM Factory Racing team in 2022, the French rider has become synonymous with the READY TO RACE brand thanks to his top level of performance and commitment within the sport. Enjoying success at the last two rounds of the 2021 AMA Supercross Championship, the 31-year-old has proven that he still has plenty to give as he charges full-steam ahead towards a career-first 450SX title come January.
Marvin Musquin: “I’m really happy to extend my contract for another year making 12 years racing in the U.S. and 14 years in total with the with the Red Bull KTM family! It’s no secret that everyone on the team is like family to me. It will be another fun challenge working with the new bike, which will be a lot more work but that’s exciting! I look forward to focusing my efforts on the Supercross series and to the Supercross schedule being back to normal starting back at Anaheim in January!”
Ian Harrison – Red Bull KTM Team Manager: “Marvin has been an integral part of our team for many years and I am really happy we can continue working together for another season. He has achieved a lot with our team and been a part of the many milestones we have reached as a group in the U.S. over the last 12 years. Through highs and lows, he has overcome many obstacles and injuries throughout the years and all the while he fights back and shows he still has the desire to win – as he demonstrated during the 2021 Supercross season.”
Roger De Coster – Director of Motorsports, North America: “Marvin will be back for another SX season and I think he wants to prove to us that he is like red wine and gets better with time. After serious knee surgery two years ago, Marvin worked hard to recover and he is back in top shape, so we feel that and after finishing strong this year in SX with a win and second in the last two races, he will be back capable to perform at a top level.”
Tags: