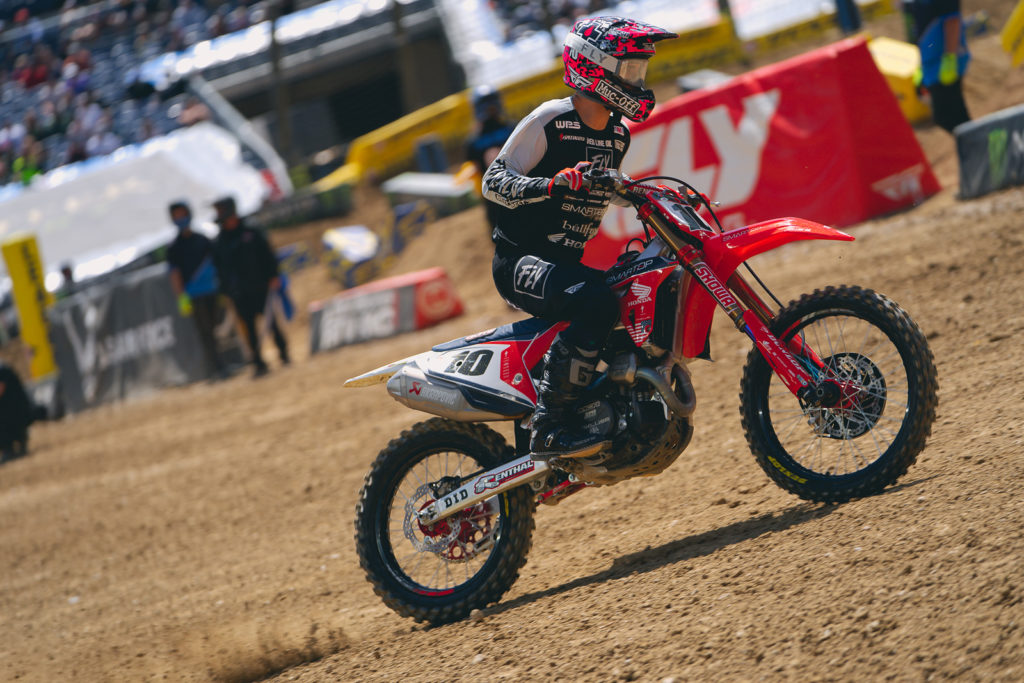 When the FIM World Supercross Championship was announced a few months ago, we quickly assumed that MotoConcepts Racing would be involved. Mike Genova, the owner of the independent team that’s become a mainstay in the paddock, has always been vocal in his beliefs that following the traditional schedule of US SX and MX would only take his team and the sport so far.

So we weren’t surprised when MotoConcepts Racing was among the first teams awarded a highly sought-after license. MCR will field four riders between the SX1 and SX2 categories during this year’s pilot season, which will take place in the final months of 2022, and is confident that their lineup will be championship contenders.

According to Genova, the program presented by SX Global checks every box for MCR, including financial support for teams, appearance fees, logistical support for the international tour, and a vested stake in the future of the series. The business side of him sees plenty of positives, too, as the commercial opportunities could bring more money to the team, its partners, and his other ventures.

Cole Seely on the SML Show

First Day Back | Cole Seely Aboard his MCR Honda