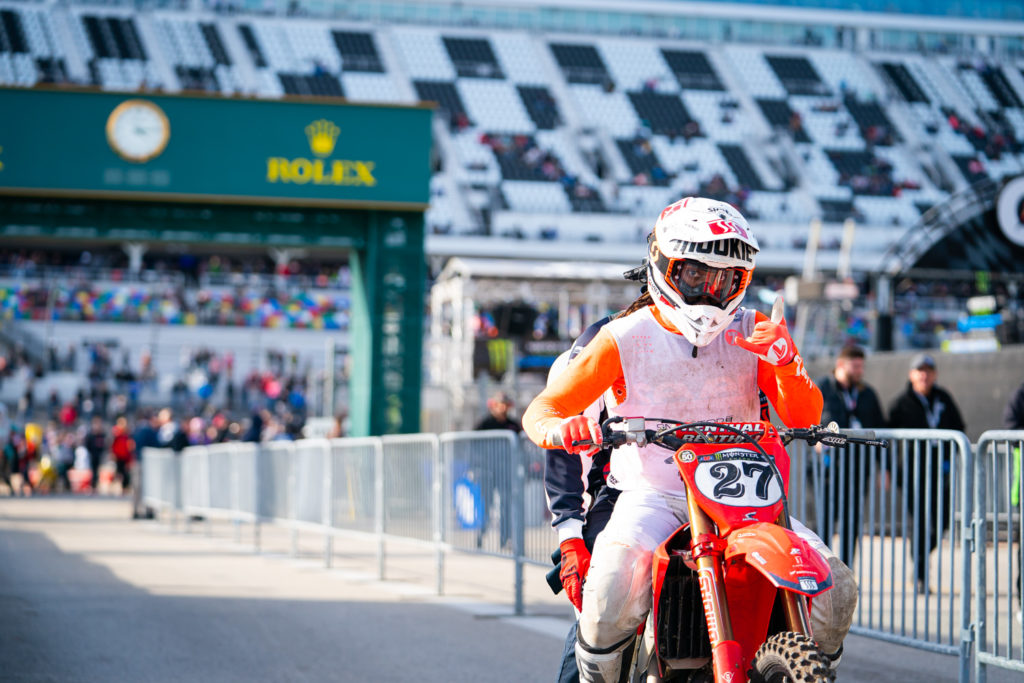 The lack of racing doesn’t mean there’s a lack of news to report on. We’re going to make this entire installment of Kickstart free of COVID-19 coverage (you can click here for more developments on how it’s impacting the motocross industry), so it’ll be a rundown of things you may have missed in the past week and things to expect in the coming days. 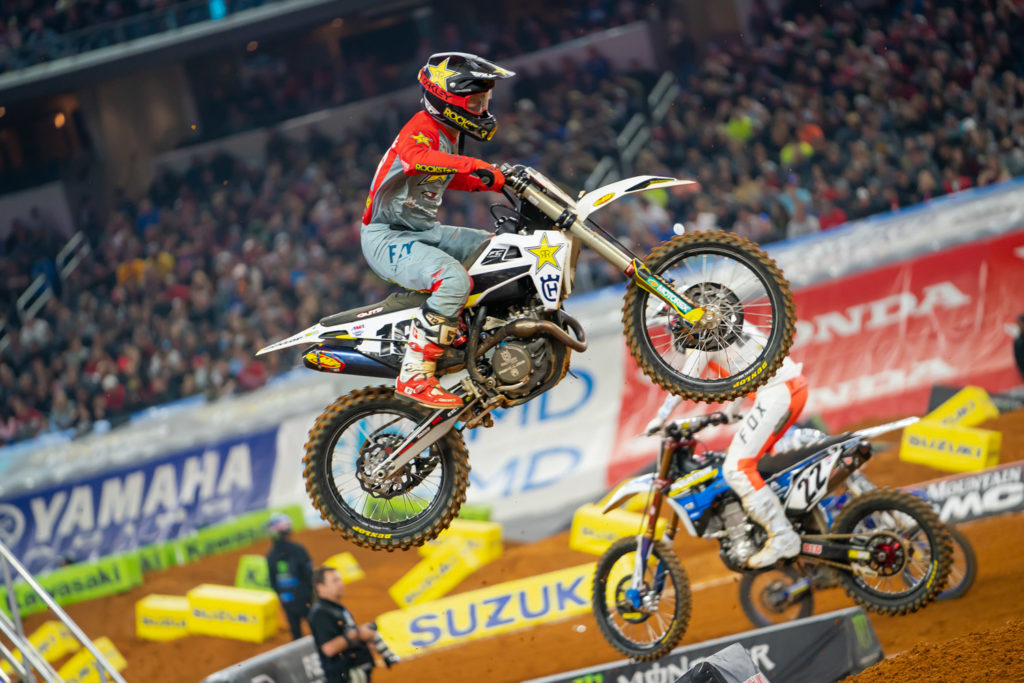 A practice crash put Zach Osborne on the sidelines just before the 2020 Atlanta Supercross and last week the Rockstar Energy Husqvarna Factory Racing rider shared more details on his recovery, including that his initial injuries were misdiagnosed. In his post on Instagram, Osborne explained that a second checkup for continued pain revealed that in addition to the broken and bruised ribs, there were compression fractures to the vertebra in his back, plus another small fracture to the wrist. Osborne will remain off of the motorcycle for the next few weeks to recover.

Unfortunately I received some rough news this week about my current injuries. I was originally told at the hospital I that I had 1 broken rib, 2 bruised and partially collapsed lungs and a sprained wrist. After two weeks of significant discomfort from what I thought was a broken rib, I was advised to get more checks. I underwent an MRI on my abdomen which revealed three compression fractures in my back as well as two other fractures. An x-ray on my wrist showed a small fracture as well. I’m not sure how all of this was missed at my original hospital visit but it’s nice to have some answers and to be moving forward and closer to being back to my normal self. I’m grateful for all the people around me and their support through what has been a very tough year for me. The plan for now is to get well and be back to 100% health for the opening outdoor National at Hangtown! 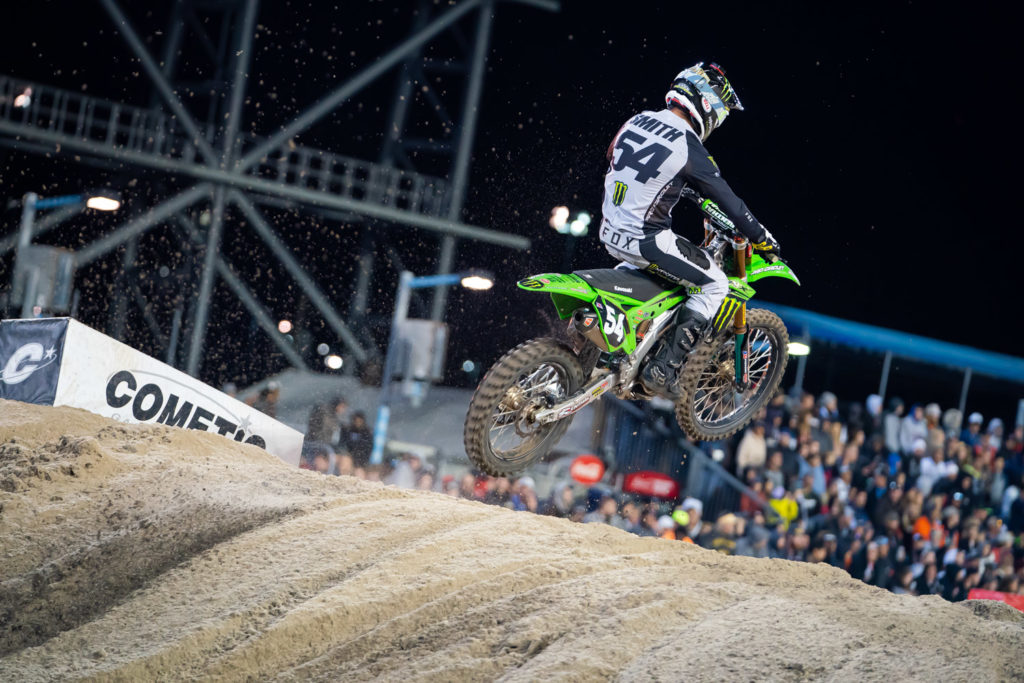 The days after the Daytona Supercross had to be rough for Jordon Smith, as the full extent of the knee injury he suffered in the 250 Main Event became clear. An MRI on Tuesday revealed a complete tear to the ACL, plus partial tears to his MCL and meniscus in the Monster Energy/Pro Circuit/Kawasaki rider’s knee. By Friday, Smith’s doctors advised him to undergo surgery to completely repair the damage and sit out the remainder of the 2020 race season, a procedure he will undergo in the near future. This is an unfortunate situation for Smith, who is in his first year with the PC team, but it will allow him more time to sort out ongoing issues from a separate wrist injury that bothered him in the opening rounds of the East Coast region.

Well the team and I have decided it is going to be in my best interest to go ahead and get my Knee fixed. Next Wednesday I am going to get surgery. This is going to end my 2020 season… I am so bummed, Missing almost all of last year with a frustrating wrist injury and now going to miss this year. I’m a fighter though and I never give up. We will get this thing fixed rehab it and be back with the @pcraceteam race team next year to finish what we started. Thanks for the support! It’s been tough on me lately but I’m excited to get back to 100% and just have fun doing what I love again! 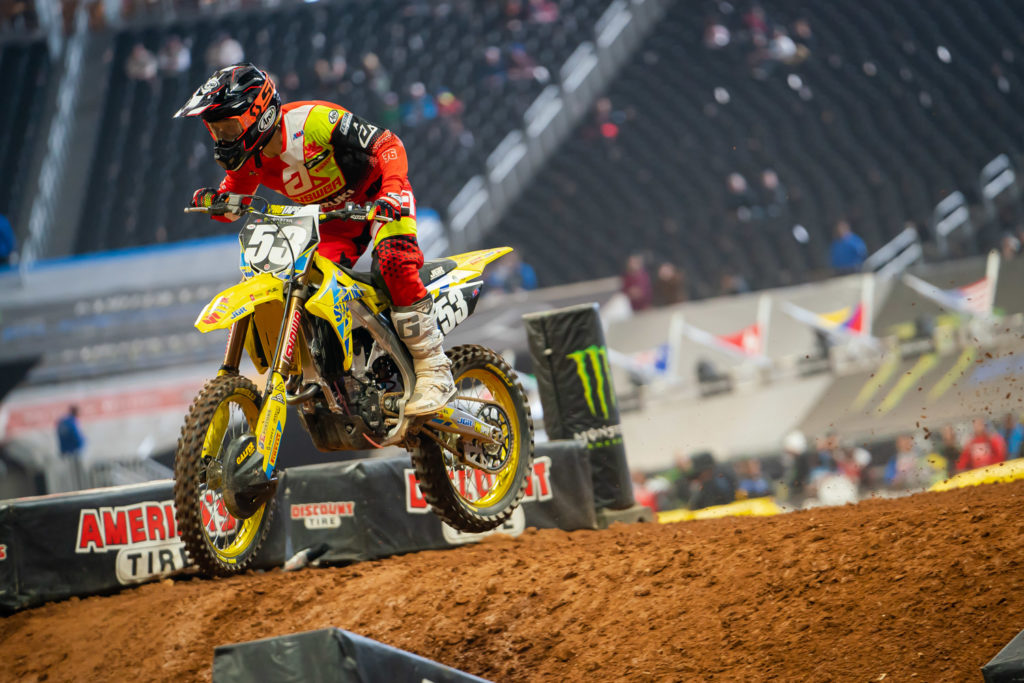 Hip injuries were a known hindrance to Jimmy Decotis in the first part of the 250 East Coast region, but last week the JGRMX/Yoshimura/Suzuki Factory Racing rider revealed that issues with fatigue had also been a factor. Diagnosed with Lyme Disease in 2017, Decotis has worked to overcome the energy-draining illness and raced at the highest levels, but a recent downturn had left him feeling lethargic and required a blood panel and other tests to determine the reason.

As most of you know I didn’t race in Daytona after riding practice. The last couple of weeks I have been feeling pretty run down with extreme fatigue, anxiety and just not myself. I’ve been avoiding posting about it until I have answers. However I feel I need to update everyone that supports me. I’ve done a complete blood panel, EBV panel and Lyme test. I’m still waiting on results and I haven’t figured out exactly what the problem is but this stuff sucks. I feel bad for my team, my sponsors and everyone involved with @jgrmx & @suzukicycles. I am doing everything in my power to figure out the problem. I love racing my dirtbike and when it’s taken away from you because of health problems that are out of my control it can be pretty depressing. I really hope my sponsors and fans understand I would never sit out of a race unless I felt It was my only option. I pushed through my injuries at the first couple of rounds but this is way different than a broken bone. I’ll update everyone when I get my blood work back. I’m hoping for some good news because there’s nothing more that I want than to be racing my dirtbike and challenging up front where I know I belong. Much love to everyone that supports me 🤙🤙🤙 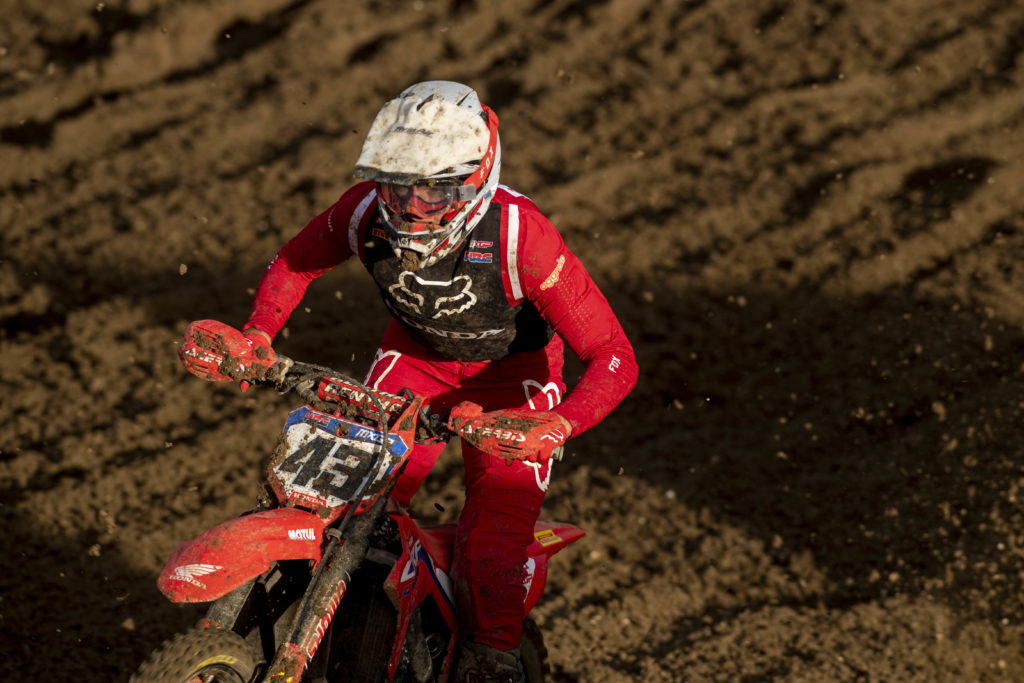 A spill during MXGP Moto One at the 2020 MXGP of the Netherlands resulted in a dislocated shoulder for Mitch Evans, an injury that will put the Team HRC rookie on the mend for a few weeks. Evans had his arm in a sling during his interview with MX Vice following the Dutch race but didn’t have it on during a photo before his long flight home to Australia from Italy.

“Don’t give me drugs, just hurry up and get that 🤬 back in!” When you try to tell the doctors how to do their job 😂 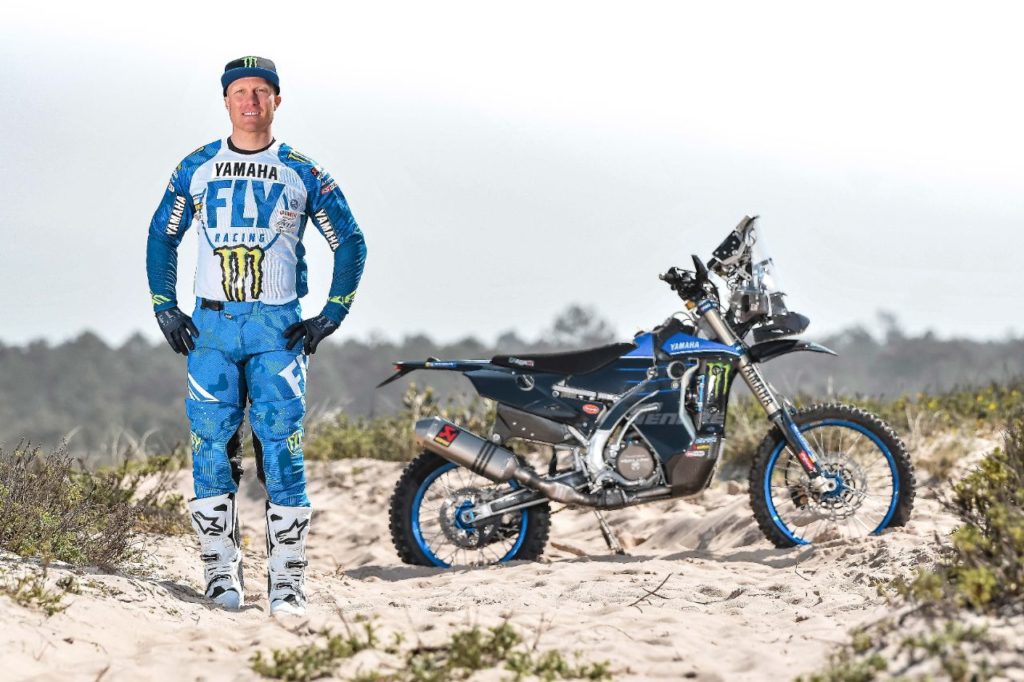 Andrew Short’s off-road news always catches us by surprise. On Saturday morning, we woke up to an email that announced his signing to the Monster Energy Yamaha Rally Official team for the 2020 FIM Cross-Country Rallies World Championship. Short’s career has taken a wild turn since he stepped away from Supercross and he’s become a top-10 level rider in a very challenging and completely different discipline of motorcycle riding. In addition to change in bike brand and energy drink, Short is able to resume his “lifetime” gear contract with Fly Racing (his deal at Husqvarna mandated Alpinestars apparel in the Rally events).

Really happy for the opportunity to join the Monster Energy Yamaha Rally Official Team. I was scheduled to race in Abu Dhabi next week but now the race is postponed. Had the chance to ride the bike the last two days and meet some of team. Going to be fun to go racing with these guys and look forward to the challenge. It’s also rad to join the guys at @monsterenergy ( thx @monster_joe ) who are stoked on @dakarrally . I love Rally and to be associated with people who have a similar passion on racing makes me smile. Even better is I’m at home with my family at @flyracingusa again. Helmet safety is big deal for this sport and to have confidence in your equipment is huge. Looking forward to preparing as fast as I can for the future. @monsterenergy @yamaharacingcomofficial @yamahamotorusa @akrapovic @ks_tools @michelinmotorcycle @flyracingusa #revsyourheart #bLUcRU #tenere

Standing Construct GasGas Factory Racing rider Glenn Coldenhoff tapped former motocross racer/fitness guru Ryan Hughes to help him with his physical preparation for the 2020 Monster Energy FIM Motocross World Championship, and thanks to this new video on Coldenhoff’s YouTube channel, we get a glimpse at their workout. Hughes is known for his intense methods and principals (all organic, glass containers, hot yoga, and mental clarity), and he instills the importance of proper technique into Coldenhoff during their routine. We doubt that you’ll watch all five minutes of a gym day (there’s not even a knobby tire in this video), but press play for just a minute so that you can get an idea of what racers do to be in peak condition on the bike.