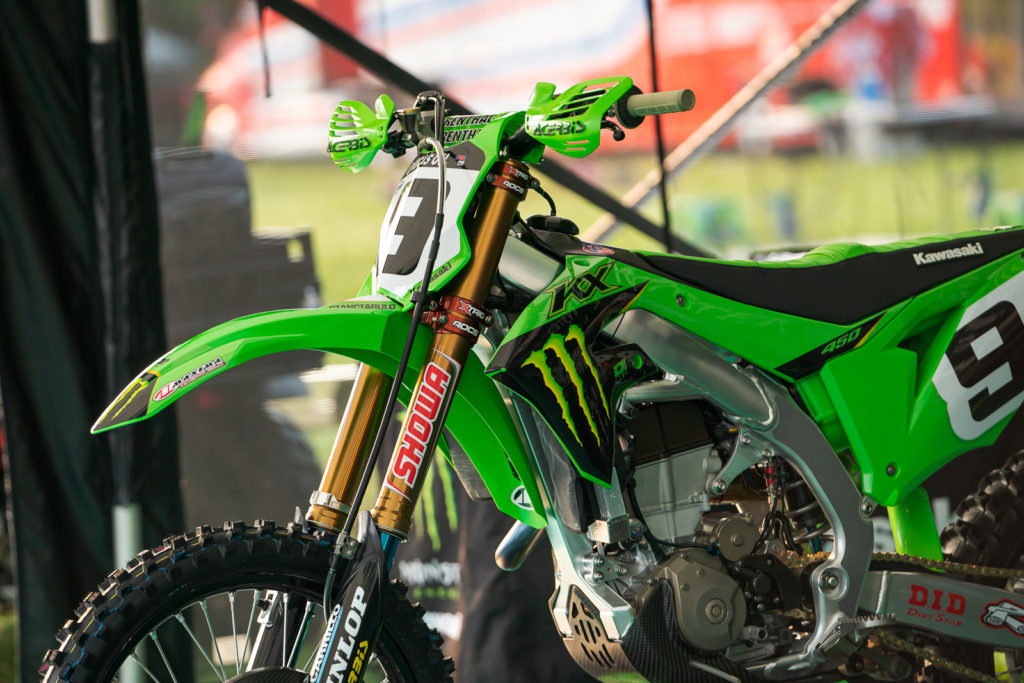 Monster Energy Kawasaki has confirmed its 450 Class roster for the 2022 AMA Supercross and Motocross race seasons, with new hire Jason Anderson joining Adam Cianciarulo under the factory tent. Anderson’s move to Kawasaki puts the former 250 SX and 450 SX champion aboard a KX450 for the next year, while Cianciarulo will continue his current multi-year contract with Team Green.

Anderson’s deal came together at the height of the signing season after it became clear early on that a return to Rockstar Energy Husqvarna Factory Racing, the only team that Anderson had worked with in his pro career, would not occur. There were rumors of a move to Monster Energy/Star Racing/Yamaha or even a new team started by longtime support Bobby Hewitt in the spring, but ultimately, the Monster Energy Kawasaki option proved to be the best.

This will be a massive change for Anderson in many ways. The Kawasaki KX450 is far different than the Husqvarna FC 450 that he’s spent much of his career aboard, as the KX is an aluminum frame with Showa suspension while the FC is a steel chassis and WP suspension, and the two race bikes share very few technical components like exhaust/handlebars/etc.

The other change alterations will be to his schedule and location. Kawasaki is not known for supporting riders at overseas events in the offseason like the Paris Supercross or AUS-X Open, races that Anderson has made a big part of his annual program. A vagabond of sorts, Anderson has relocated to Southern California for the upcoming preseason to work directly with the team at the California test tracks.

Cianciarulo remains thanks to a multi-year contract he signed in 2020, and the 2022 race season will be his third in the 450 Class. AC spent much of the 2021 season dealing with an ulnar nerve issue in his right arm, a troublesome injury that caused him to lose grip strength during Motos and ultimately pull out of the MX season to undergo surgery. Cianciarulo has recently gotten back on the bike and, like Anderson, will stay with the team in California for much of the upcoming preseason.

Eli Tomac’s departure from Monster Energy Kawasaki marks the end of a successful era for the rider and team; he has signed with Monster Energy/Star Racing/Yamaha for the 2022 season. 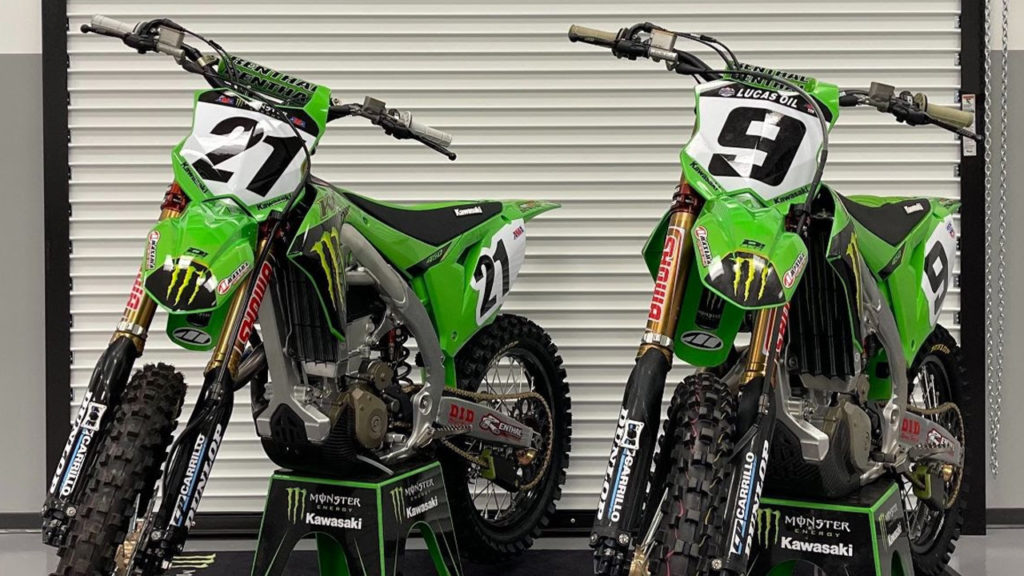 he Monster Energy® Kawasaki race team is preparing to line up in January for the AMA Supercross Championship and AMA Pro Motocross Championship in 2022. Team Green™ Kawasaki graduate, 2019 AMA Motocross 250 Champion and Monster Energy Cup Champion Adam Cianciarulo will compete in his third year aboard the KX™450 with focus on the top step of the podium. Cianciarulo will be joined by 2018 AMA Supercross Champion Jason Anderson stacking Kawasaki with two championship contenders in 2022. In addition, Kawasaki welcomes Broc Tickle to the team as a testing and development team member.

“We have a very strong 2022 team roster,” said Kawasaki Racing Senior Manager, Dan Fahie. “We are pleased to welcome Jason to the team and to continue reaching for our shared goals with Adam as he steps into his third year of 450 racing. We have learned a lot about our KX450 and are in a good place heading into 2022 with the development of the motorcycle. It is a pleasure to be working with Broc again, he is a great rider and we believe he will be a great asset to our racing program.”

Anderson closed out his amateur racing career with Kawasaki Team Green, winning the AMA Horizon Award aboard a KX™250 before moving on to become a 250 Supercross West Champion. Well proven in his career, Anderson has five 250SX wins, seven 450SX wins and 53 combined 450 podium finishes to his name. Now reunited with Kawasaki, Anderson is prepared to repeat his former success and fight for premier class supremacy in both the AMA Supercross and AMA Pro Motocross Championships.

“It’s great to join the Monster Energy Kawasaki race team for 2022,” said Anderson. “I’m ready to start working with the team to have a successful run right out of the gate when we go racing in January. The bike is proven, and the many accolades of the team speak volumes to what we can achieve together. I’m looking forward to the good times ahead.”

Meanwhile, Cianciarulo hopes to see his record-setting amateur years with the Kawasaki Team Green race team and success underneath the Monster Energy/Pro Circuit/Kawasaki team awning reach a culmination in 2022 with his goal of championship contention in the upcoming year of premier class racing. Building from his AMA Pro Motocross Rookie of the Year honors that came along with second place in the 2020 450MX Pro Motocross standings, Cianciarulo led 51 laps during the 2021 season and secured three overall podiums. Cianciarulo now looks to capitalize on a full off-season of development with the team to claim the top step of the podium in 2022.

“I’m ready for the 2022 season,” said Cianciarulo. “I’ve had a lot of great experiences in my first two seasons with the team. We have made major strides together and are positioned to perform at our very best in this upcoming year of racing. I look forward to continuing to improve and reaching our goals together.”

The Monster Energy Kawasaki racing team will also welcome Tickle back to Team Green as an official testing and development team member for the 2022 season. A former 250 Supercross West Champion as a part of the Monster Energy/Pro Circuit/ Kawasaki team, Tickle has celebrated much success with Kawasaki and will now offer vital support to the Kawasaki racing effort.

“I am really thankful for this opportunity with Kawasaki,” said Tickle. “I will be helping test the KX450 and provide the team with information and feedback that makes a positive impact on the track with Adam and Jason. It’s been an awesome start for me to be around a solid group of professionals all working towards the same goal. It’s also nice to be around a familiar group that I’ve worked with before and they’ve all been very welcoming.”

The Monster Energy Kawasaki team is already hard at work preparing for the 2022 Monster Energy AMA Supercross season that is slated to begin in Anaheim, California on Saturday, January 8.