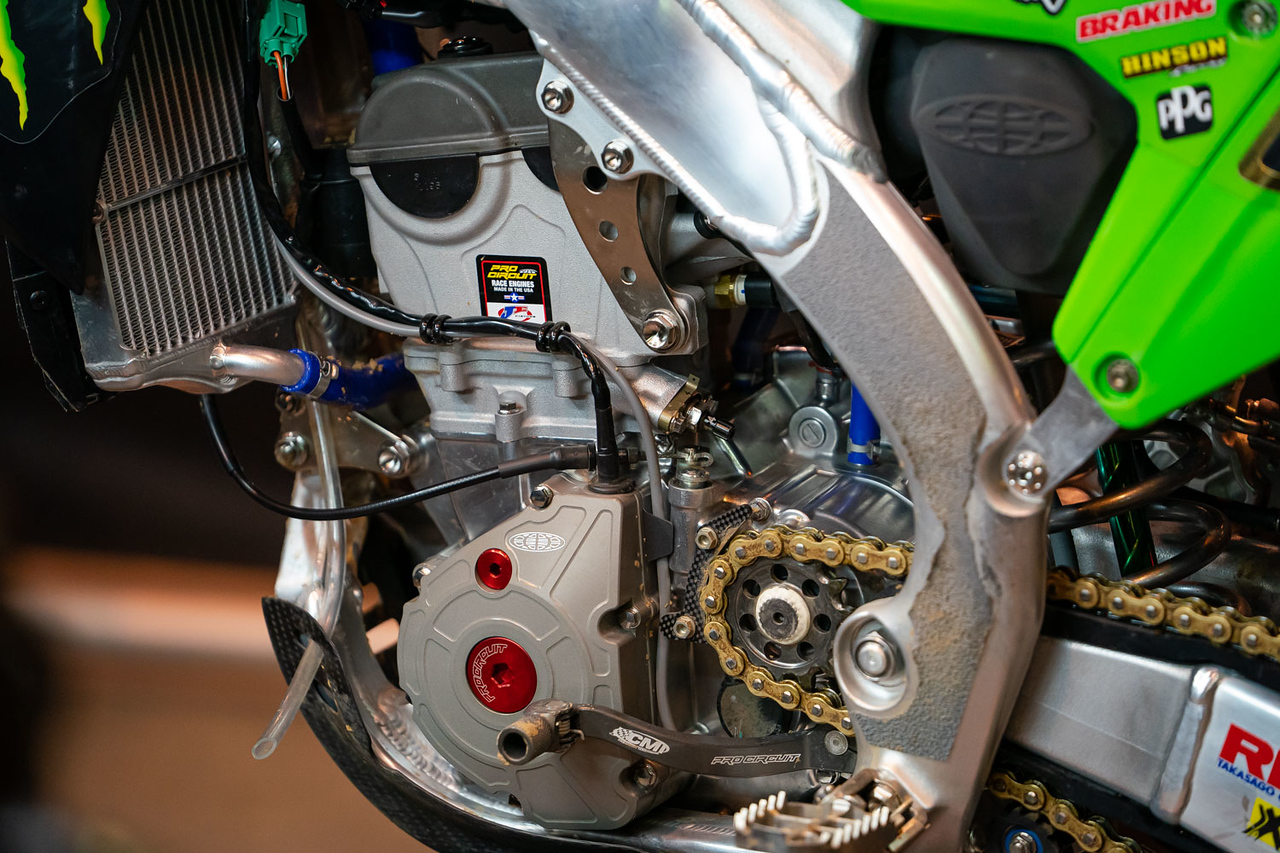 The team announcements continue to come. On Friday the roster for the Monster Energy/Pro Circuit/Kawasaki squad in 2021 was confirmed, with three riders set for a return to the rig and an amateur rider that will move to the professional ranks.

Cameron McAdoo, Austin Forkner, and Jordon Smith will continue their time on Mitch Payton’s team next year, an expected return for all three thanks to multi-year contracts held by Forkner and Smith and a recent extension signed by McAdoo. It was a tough year for the group, as all three were sidelined with injuries at various points in the season (McAdoo was out for early Supercross rounds after a lung injury and currently has broken fingers, Smith tore his ACL in March and missed the rest of the year, Forkner suffered serious internal damage in June and sat out the summer) but all three will be recovered and ready when it’s time to start the preseason prep.

Seth Hammaker is the new addition to the crew, as the longtime Team Green Kawasaki rider is ready to leave the amateur ranks and start the next part of his career. Hammaker has long been in line for a spot on the squad (he’s reportedly been in talks to fill-in for the team in 2018 and 2019) but health issues this year have hampered his progress. He was diagnosed with Epstein Barr late in May and sat out the summer’s major amateur events in order to recover. Now over the illness, Hammaker is expected to be ready to race Supercross in 2021.

This is a major development for the free-agent market as we go deeper into the offseason, especially for the riders that were said to be in talks with the team for the fourth and final spot, a position that was opened after Garrett Marchbanks’ departure. It wasn’t clear if Hammaker would get the call up a few weeks ago, so Mitchell Harrison and Darian Sanayei spent the summer as fill-in riders on the team and were hopeful that good results would earn them a full-time contract, while Brandon Hartranft is known to have had meetings with the team over the last few weeks.

All four riders will be aboard the new 2021 Kawasaki KX250, the latest generation of the small-bore four-stroke which features an all-new engine and chassis.

The complete press release, including quotes from Mitch Payton, is posted below…

The upcoming 2021 racing season marks 28 years of winning for Kawasaki and Pro Circuit. The successful Monster Energy/Pro Circuit/Kawasaki boasts an impressive resume including the most combined supercross/motocross wins in the 125/250 class at 29 championships, including the 2019 AMA Pro Motocross championship achieved by Monster Energy® Kawasaki rider Adam Cianciarulo.

Returning to the Monster Energy®/Pro Circuit/Kawasaki race team for 2021 aboard their all-new 2021 KX™250 motorcycles is long-time Team Green™ racer Austin Forkner along with Jordon Smith and Cameron McAdoo. The trio welcomes, Seth Hammaker, as he graduates from the Monster Energy Kawasaki Team Green amateur race program.

“We have a great team returning for the 2021 season combined with an all-new KX250 motorcycle,” said Mitch Payton, Pro Circuit owner. “We’re looking forward to continuing to work with our solid group of guys and Hammaker joining the crew. There is a lot of talent between our four riders, and we will provide all the necessary tools to help each of them reach their full potential. The Monster Energy/Pro Circuit/Kawasaki team has high expectations to put Kawasaki and Pro Circuit on top of the podium.”

Forkner will enter the new season as the most experienced rider on the team. The 12-time 250 class race winner has high hopes of capturing multiple championships after his successful 2019 and 2020 seasons were cut short due to injury. 2020 brought the fresh face of Smith who earned three top-5 finishes out of the four rounds he competed in before withdrawing early due to injury. McAdoo returned in 2020 to the brand that he found great success with throughout his amateur career, achieving career-bests in both supercross and motocross series, and looks to keep that momentum going into next season. Making his professional debut, Hammaker is set to join the team for both series at the beginning of the 2021 season.

2020 Salt Lake City Five Supercross | How Was Your Weekend