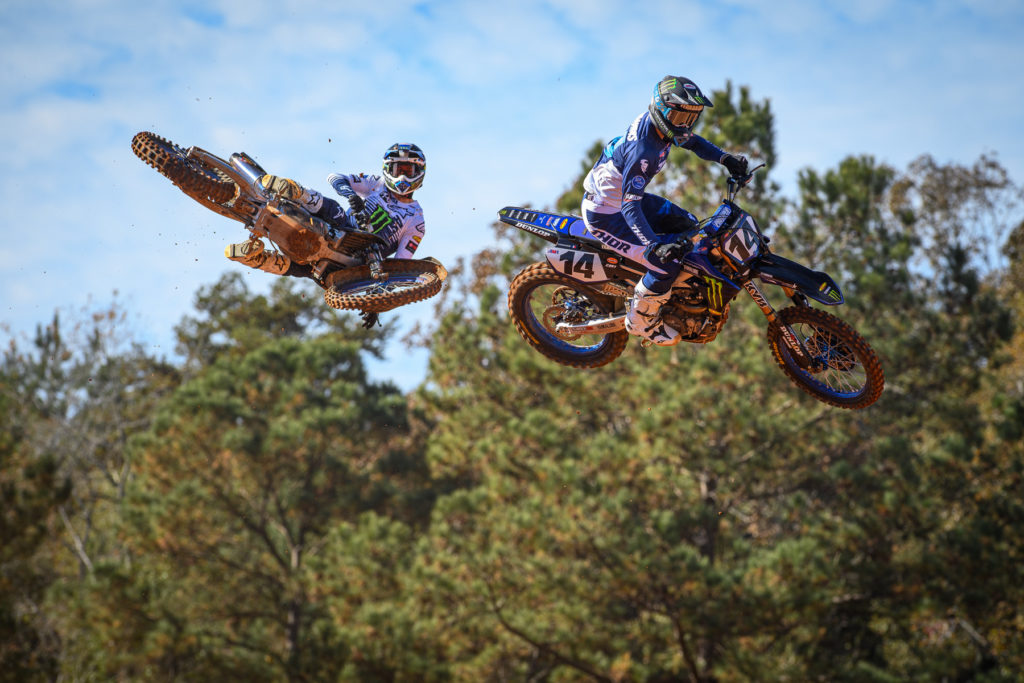 Three AMA titles and a slew of wins helped Monster Energy/Star Racing/Yamaha prove they’re worthy of being Yamaha’s authorized factory effort, and while the success sets the bar high for 2022, they look to be up for the challenge. It was a busy offseason for the Star Racing squad, and over a few months, they moved their entire operation from California to Florida, set a roster with eight of the top riders in the sport, and restructured their workforce of mechanics and team personnel. As a result, Justin Cooper, Colt Nichols, Jeremy Martin, Christian Craig, Nate Thrasher, and Levi Kitchen will pilot the team’s YZ250F machines in the 250 Class, while Eli Tomac and Dylan Ferrandis will be at the controls of the bigger YZ450F in the 450 Class.

Here’s a detailed recap of what’s happened at Star Racing.

– When we say the entire operation is based in the South, we mean it. The team purchased Ricky Carmichael’s GOAT Farm in 2020, then spent the better part of the last year tearing down their California race shop and erecting all-new buildings on the property while contesting for race wins. The move meant every working staff member also needed to relocate, and while most are now settled in the Tallahassee area, the move was one reason a few employees decided to resign.

– Eli Tomac’s decision to switch teams is one of the big stories going into 2022. Enticed by the performance of the YZ450F and friendly with people involved in the project, the move to the BluCru could add a few more years to the multi-time champion’s career. Tomac has maintained personal deals with Bell Helmets, Oakley, and Alpinestars.

– Dylan Ferrandis continues with Star Racing and enters year two of his 450 Class career. The reigning 450 MX champion didn’t make many changes to his program in the offseason, as he’s stayed with mechanic Alex Campbell and sponsors Bell, 100%, Thor, and Alpinestars.

– Star Racing’s small-bore team is not only the biggest in the pits but one of the most accomplished. Defending 250 SX titlists Justin Cooper and Colt Nichols are the obvious standouts of a lineup that includes two-time 250 MX champion Jeremy Martin, 250 SX Main Event winners Christian Craig and Nate Thrasher, and incoming rookie Levi Kitchen.

– Nichols nor Cooper will run the number one plate in 2022. Instead, they’ve decided to swap coasts, with Nichols going West and Cooper going East, for a rare attempt to win both regions.

– Cooper, Craig, Thrasher, and Kitchen continue to work with team trainer Gareth Swanepoel, while Ferrandis and Nichols have David Vuillemin looking after their programs.

– Jensen Hendler has been hired for the 250 Class Team Manager position.

– Eli Tomac’s addition to the lineup brought changes, too, as the new hire did not bring a mechanic with him. After much deliberation, Star Racing decided it was easiest to reassign one of their current workers and promoted Josh Ellingson to the job. A longtime employee of the team, Ellingson has spent the last few years with Justin Cooper and was partly responsible for the 250 West Coast title.