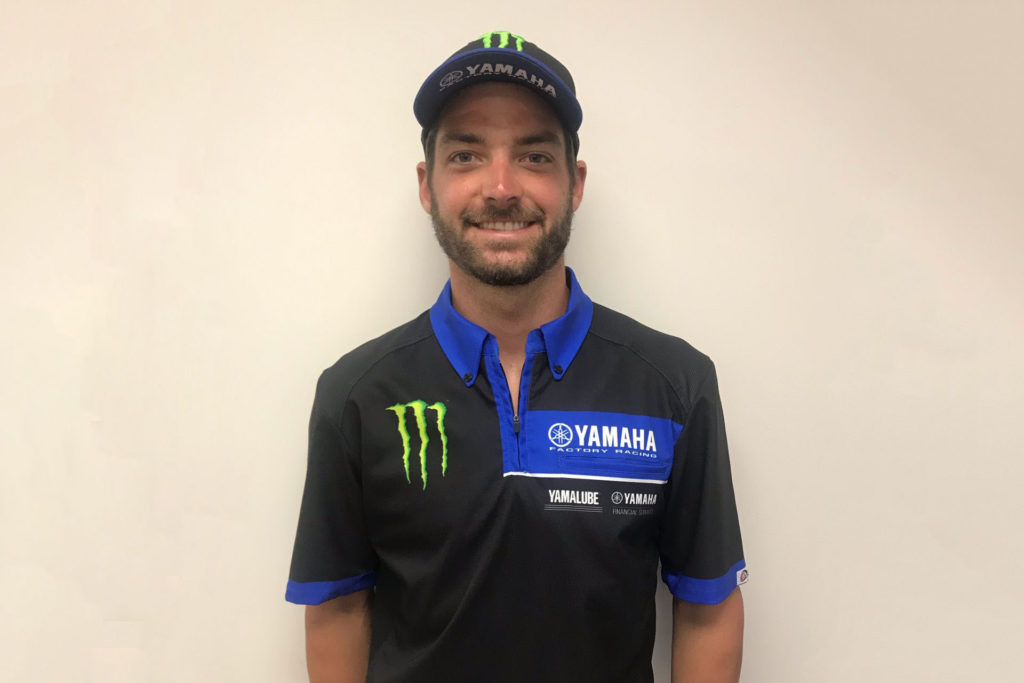 Aaron Plessinger’s wrist dislocation put the Monster Energy Yamaha Factory Racing team in a tough position. With AP out for up to 12 weeks due to the injury and necessary surgery, the Blu Cru was forced to find a suitable replacement rider and get them ready for the upcoming Lucas Oil Pro Motocross Championship, a nine-round run that starts in just a few weeks. While this is not an ideal situation, it’s something that Yamaha has dealt with more than a handful of times in recent years, and they’ve already tapped Broc Tickle to fill-in for the summer. Tickle joined the team Thursday for a test session at Fox Raceway, a track that was open to the masses, and put in plenty of motos on the YZ450F. By Friday morning, the deal was done and publically announced.

“I’m super excited about this opportunity and grateful to be a part of the Monster Energy Yamaha Factory Racing Team for the outdoor season that starts up here in a couple weeks,” said Tickle in the press release. “For myself, I’m just really looking forward to it. It’s a great opportunity and a good group of people around me. We’ll start off at Loretta’s and build from there.”

To say that 2020 has been an eventful year for Tickle would be putting it lightly. His suspension from competition for a failed anti-doping test in 2018 ended in February 2020, just in time for the Tampa Supercross, and he put together a program to run the rest of the Supercross season as a privateer. When the JGRMX/Yoshimura/Suzuki Factory Racing team’s original 450 roster was sidelined with injuries, Tickle was hired fill-in but suffered a broken hand two races into the deal. Tickle and the team continued together during the portion of the Supercross season that was spent in Utah, and even though another broken hand there caused him to miss two races, he was soon back up to speed and posted a season-best sixth-place result at the final round. This finish put Tickle 20th overall in the championship standings, which netted him a bonus payout from the AMA.

When Supercross wrapped up, Tickle returned to California and as recently as this week, was spotted on a JGR Suzuki as he prepared for the outdoor Nationals. Since JGR is set to have their full lineup of riders for the summer (Joey Savatgy and Fredrik Noren in the 450 Class, Alex Martin in the 250 Class), it’s somewhat understandable to see Tickle split and sign with another team. Both deals are fill-in rides, yes, but there were sponsorship conflicts between Tickle and the JGR team like gear-helmet-boots that had to be worked out, many of which will be avoided at Yamaha. UPDATE 7/26: Tickle informed us that although he was practicing aboard a JGR bike, he was responsible for paying mechanic Travis Soules.

There is one very big detail to the Yamaha deal that must be addressed: There is little to no promise that a good summer on the blue bike will earn Tickle a factory ride from Yamaha for 2021. Plessinger, the rider he is subbing for, has a confirmed spot with Yamaha next year (something we learned about and posted back at Daytona) while Justin Barcia, the team’s other rider, is at the end of his current contract. A third-place rank in the Supercross championship would have gotten Barcia an automatic renewal, but struggles in Utah dropped him to fifth in the final standings. What happens between Barcia-Yamaha will be decided through the summer, as BamBam needs to score results to get a job offer. In addition to that, there’s the impending advancement of current 250 Class riders Dylan Ferrandis and Shane McElrath to the 450 Class in 2021, and those two are certainly worthy of attention.

Tickle will be a great addition to Yamaha for the summer for a number of reasons. The former 250 West Coast Supercross champion has proven himself to be a top-10 rider in the past and has already been a part of factory teams, including Suzuki and KTM prior to his WADA-FIM suspension. He knows how an OEM-run team operates and won’t be learning on the job, the way some have had to in the past.

His testing skills and recent time on different makes of motorcycles will be another huge plus. Tickle has been recognized as a very thorough and attentive test rider throughout his career, and in the last 12 months has put in laps on KTM, Husqvarna, Suzuki, and Yamaha motorcycles. It’s no secret that Monster Energy Yamaha Factory Racing has struggled to dial in the power and handling of the YZ450F to their rider’s liking over the last few years, to the point that Barcia pleaded to go back to a mostly stock bike this past offseason, so Tickle’s new insight could come in handy for Yamaha’s staff of technicians. That both rider and team are based in Southern California full-time will be a tremendous help in all of this, too.

This is a much-needed opportunity for Tickle. The signing with Red Bull KTM was supposed to be the opportunity of a lifetime but was ultimately short-lived, as the 2018 suspension came just as he started to hit his stride in Supercross. Tickle used the pause as a chance to learn more about the physical side of the sport and he took courses that gave him a better idea of how to eat, train, and recover. The 2020 Supercross races with JGR were great because he was on factory equipment, didn’t have to bear the burden of being a privateer during the pandemic, and was able to concentrate on getting adjusted to racing after more than a year away, but the hand injuries and mid-season stoppage kept him from developing any sort of momentum. A solid summer of results will get Tickle back on the radar of various teams and sponsors, just in time for what’s shaping up to be a tremendous transitional year in pro racing.

I want to give everyone a huge thank you @jgrmx @suzukicycles @rmarmy @pirellimx @jbonejgr @mrrenezapata @jaredkeller96 @deanbaker113 @wes.hunter 🙌🏼 I truly appreciate the hard work and supporting me over the last 6 months and I’ll see you guys at the races 👍🏼 During this time and where I’m at I decided to take on a offer from @yamaharacingcomofficial @monsterenergy for the 2020 9 round @promotocross championship. I’m looking forward to this opportunity and excited to keep building momentum in 2020! CHEERS 🍻

2020 Salt Lake City Five Supercross | How Was Your Weekend