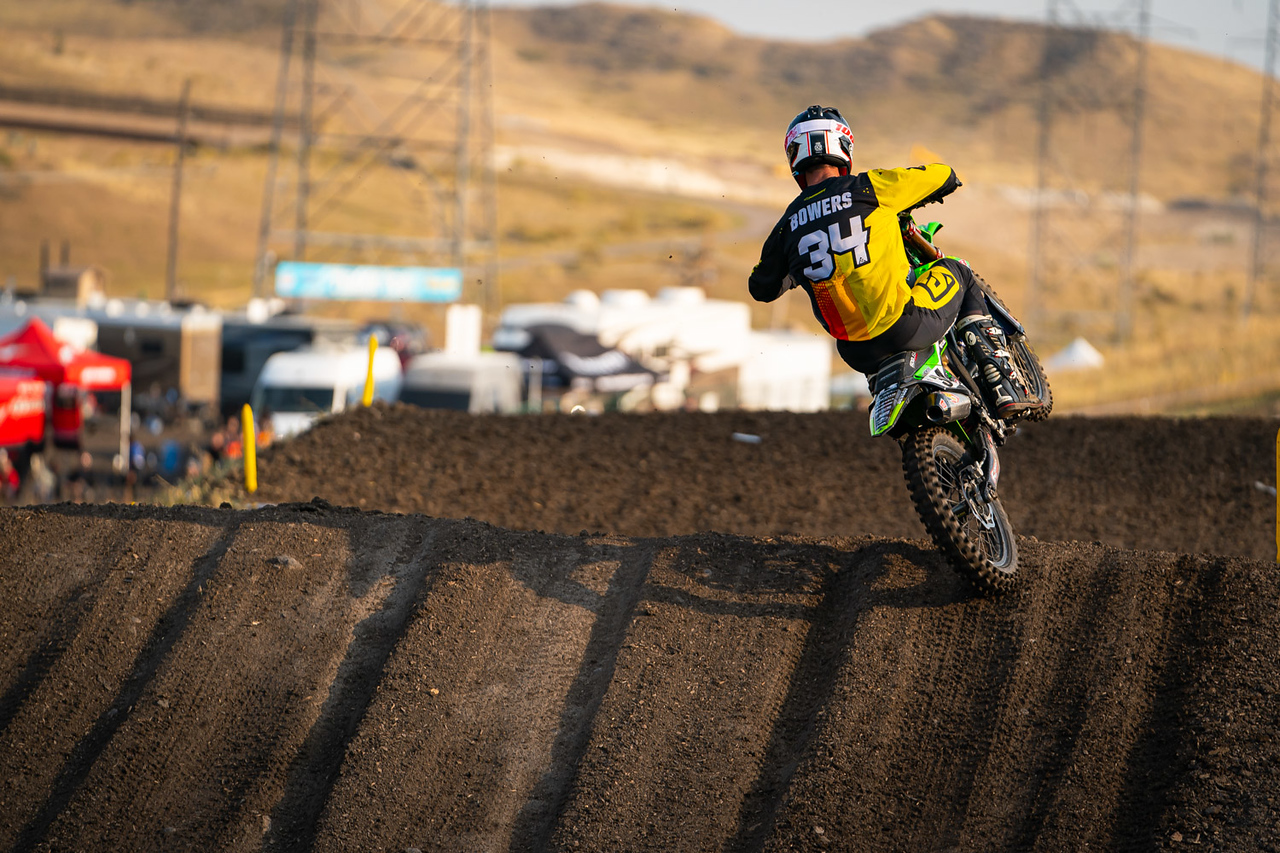 For many of us, days spent at the track are a rarity, a welcome break from the norm, and a chance to burn some energy. But for racers, a day at the track is just another part of their personal program, a necessary task if they ever want to finish near the front of the pack. Add in the real-life responsibilities, like having a young child, and soon you’ll see how those weekly practice motos can become very difficult.

Having a kid is a life-changing moment, something that racer Tyler Bowers knows all about. The independent 450 Class rider just wrapped up a full year of traveling and racing around the country, something that most of us don’t have to worry about, and he did it while balancing a move to Florida, the pandemic, and raising his young daughter. While that sounds like a lot, Bowers was quick to explain that maintaining a balance of dirt bikes and real-life helped him avoid burnout and says that it’s something everyone can copy.

HAVING A PURPOSE & BALANCING A SCHEUDLE

It wasn’t always easy and in the beginning, he was admittedly worried about what being a dad would do to his career. “I talked to Osborne when we were pregnant with her and I told him that I didn’t know what I was going to do. He told me, ‘It’ll make your career so much better, you’ll be better because of it.'” But Bowers has been able to alter his program as Max grows up and he said she can even be a helpful tool to his program. “She gives me a schedule that I have to follow, and I know when I have to come home from the track.”

Bowers said having someone that requires your undivided attention especially helps in his recovery because it requires him to take a break from the physical training routine, thus saving his body. “You’re never really bored when you have a kid and when I get home, when I need to rest, I’ll play with her and relax. When she was little, I’d get on the floor and watch cartoons, and those are my rest days,” he shared. “But when I would get bored before I had her, I would do something like a run or a cycle, just because I felt I had to. So yeah, she helps me with recovery in that aspect.”

The move to Florida and raising Max has led Bowers to change details in his weekly program and now he’s only able to get to the practice track a few times a week. Instead of stressing about the lack of time, Bowers says the limited riding schedule allows him to focus on the task and forces him to give a full effort, something that he admits didn’t happen when he was putting in consecutive training days. “I have to be smarter about the days that I go to the track. The couple of days that I get at the track during the week, when my wife and I switch off on watching her so the other can get things done, I have to really make it worth it,” he noted. “I make sure that I have plenty of energy for the day and if I’m struggling, I still try to hammer it out because I know I have limited time.”

Yes, raising a kid is a never-ended job, but Bowers wouldn’t want it any other way. The full-time father and racer said that it’s helped his career tremendously and because he doesn’t only have dirt bikes on his mind every day, he’s more eager ready to ride and train when given the chance. Finding a balance between work, personal responsibilities, and riding is something that we all must do, and according to Bowers, each individual task will help you enjoy the others more.