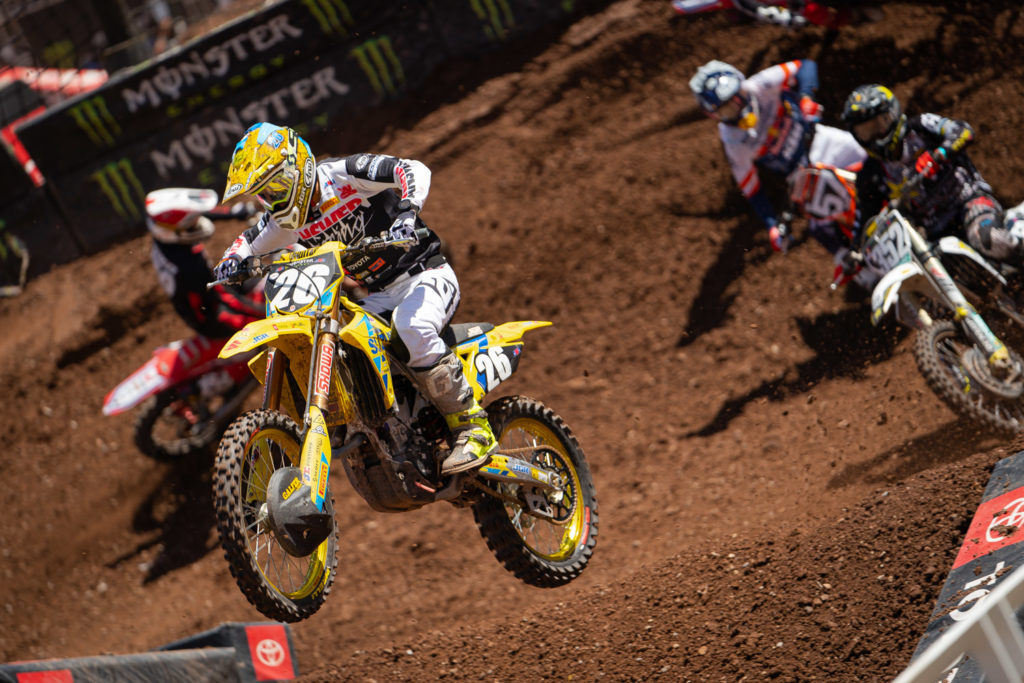 There’s a big difference between riding defensively and going out of your way to block off lines to keep your competition at bay. One of the many unwritten rules in racing is that the rider in the front of the pack controls the pace and gets to determine where they want to go on the track, while those behind will need to pick and choose their place to make a move. The lead rider is encouraged to hold their spot and prevent pass attempts with their line choices, but if they intentionally and repeatedly go from one side of a lane to the other as a way to hold up the competition, that rider is committing the cardinal sin of motocross. The difference between “riding defensively” and “cross jumping” is what makes a move acceptable or dangerous, and we asked Alex Martin to share his take on the matter. There’s a right way and a wrong way to ride defensive and if you listen to A Mart’s advice, you shouldn’t have to worry about being a dirty rider.

“Cooper Webb in particular is very good at this. He has very good racecraft in all situations and he can pretty much predict where a guy is going to be so that he can block the inside line, which makes it really difficult to pass.”

“During one of the Salt Lake City Supercross Main Events, I was getting a lot of pressure from Michael Mosiman and Jett Lawrence, so I basically had to go five feet further towards the inside lines in the corners than I would have during my laps in practice or even a Heat Race because I was trying to protect the inside lines. One time I didn’t go in as far inside as I should have and Mosiman ended up getting me.”

“You almost have to take extreme lines when you have people all around you, especially in the Main Events. When you don’t protect the inside line, you open yourself to a guy or two passing you. That will flush five laps of work down the drain and then you have to work even hard to catch back up and pass them.”

“I would say that ‘riding defensively’ is to protect the inside lines and not leave the door open. But if you’re jumping and changing direction in rhythm sections, then you’re ‘cross jumping.’ If you are doing that or taking people out, you’re making a conscious effort to do it. I think that morally there is a big difference between trying to protect your lines or trying to take someone down.”

Moto Tip | Racing Into The Sun