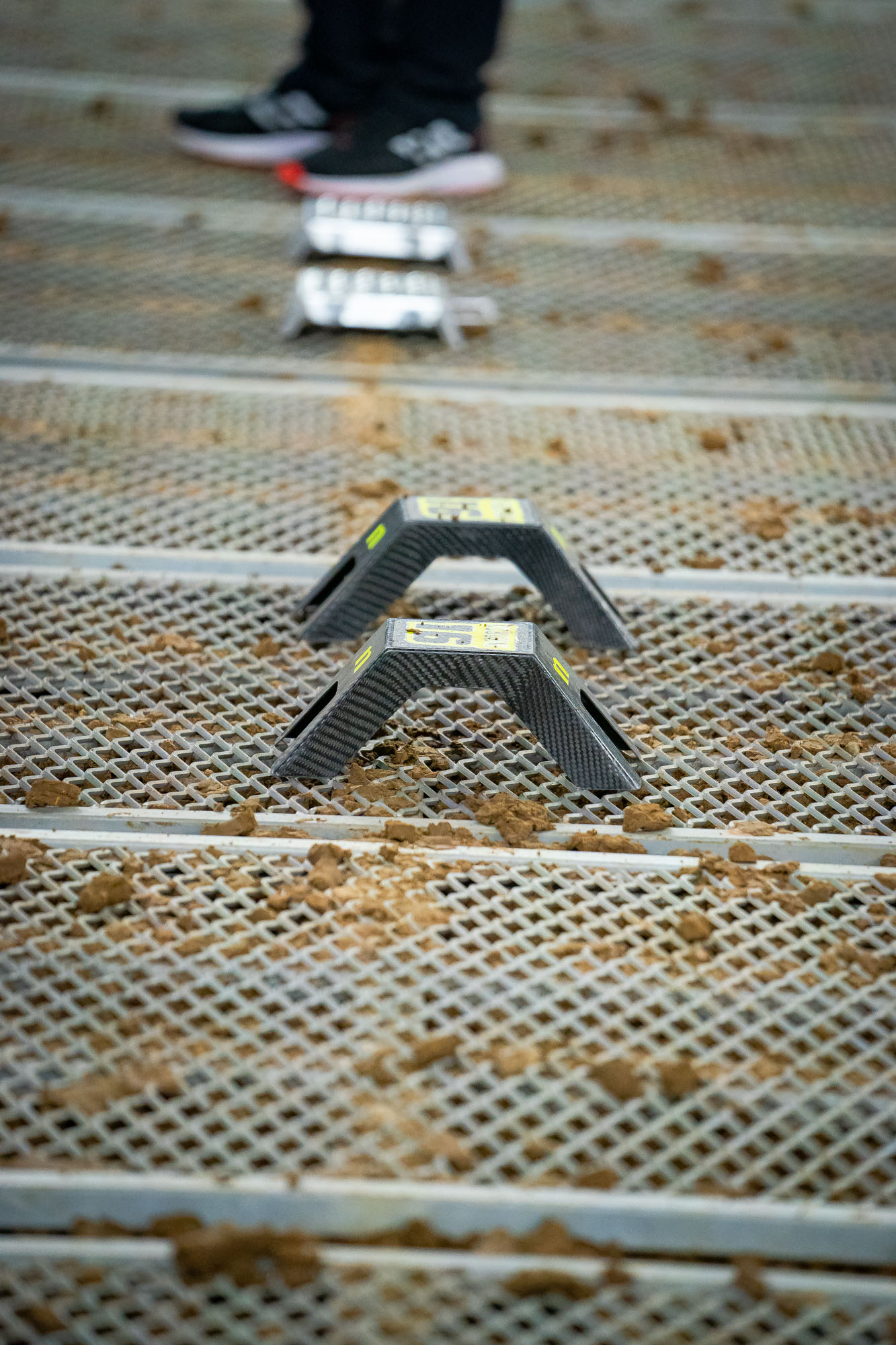 It’s been a few years since Supercross first implemented metal grates on the starting line, but already we’re starting to see them used at practice tracks and training facilities around the country. The metal grids have plenty of perks, including consistent traction for every racers and less maintenance for the course workers, and we expect to see them become even more widely used in amateur competition.

We asked Rockstar Energy Husqvarna Factory Racing rider Zach Osborne to explain through the proper technique and tips for great starts on the grates, including body position, gear selection, and RPM. Here’s what he told us…

The launch out of the gate is important because the bike is trying to go forward. It’s completely different than what you’re used to with dirt.

You can use a lot more RPM on a start grate because there is much more traction than dirt. You could literally hold the bike wide open, fling the clutch, and it’s going to hook-up. I start at a much higher RPM, but it’s all about finding a happy medium of keeping the front-end down but having the bike revved up as much as possible to get a good launch.

We have the plastic panels on the gates racing Supercross, so it’s important we can “boost” up and over the plastic. That’s a lot easier to do with the grates than it is on dirt. With dirt, we were trying to get the bikes to drive forward, and once we got to the plastic, there would be a lot of wheel spin. We don’t notice the plastic now unless we make a mistake and feel the tire spin on it. 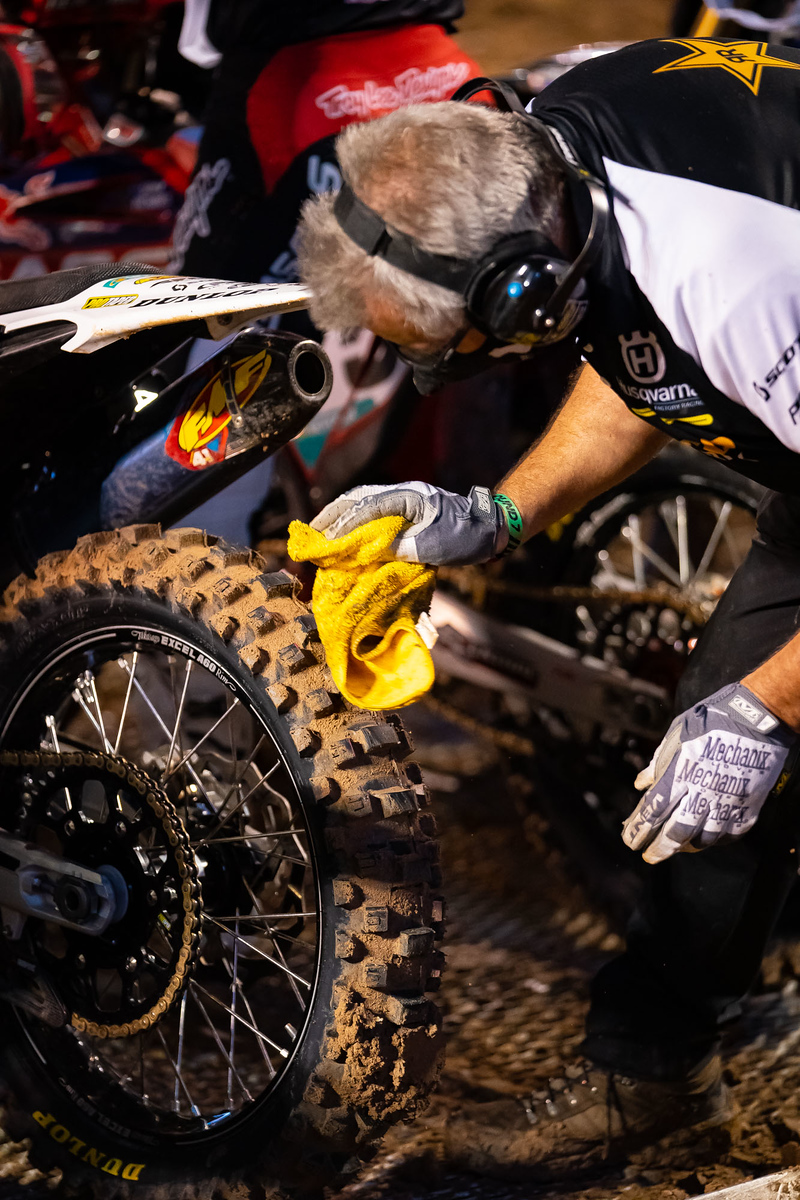 My body position on the start doesn’t change much from Supercross grates to the motocross dirt starts, so I think it’s more about finding the RPM and how you use the clutch. With dirt starts, it’s important that you feed the clutch. But with the grate, you can let it go.

A holeshot device is super important, maybe even more so now because there is so much grip. I’ve never done a start on a grate without a holeshot device, but I think you’d dang near loop out every time because of the grip. You have to have some help to keep the front-end down.

First gear feels too torquey so you don’t really need it, and third gear is out the window because the grate is so grippy that it pulls the bike down too much. One year I did third-gear dirt starts, and they were great, but when I tried to translate it to the grate, it was not even close. It drags the engine down too much, and you can’t overcome it. 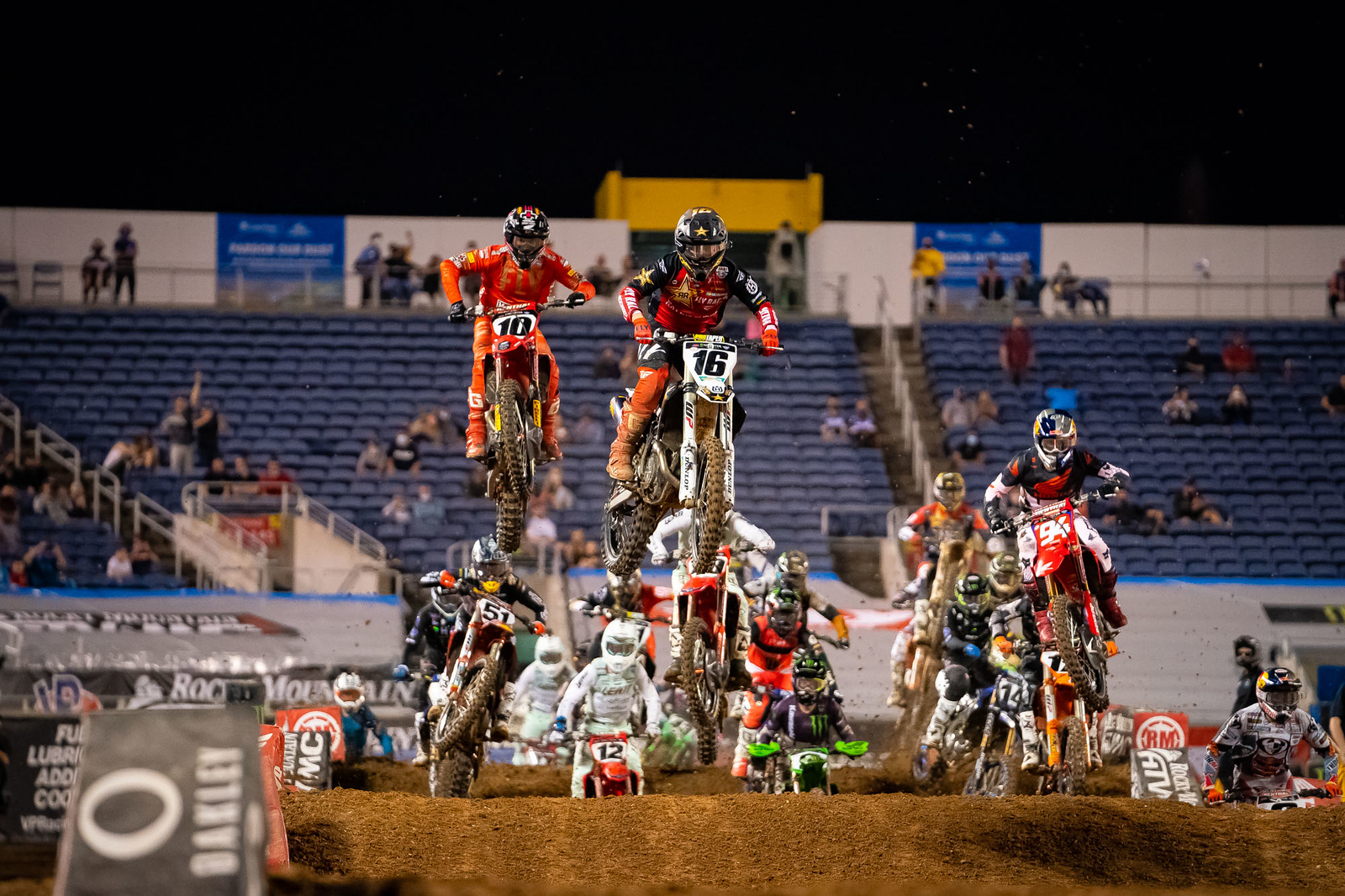 Moto Tips | How To Set Up & Use Starting Blocks
Michael Antonovich February 5, 2021

Moto Tips | Stepping Up To A Faster Class

Moto Tips | How To Set Up & Use Starting Blocks