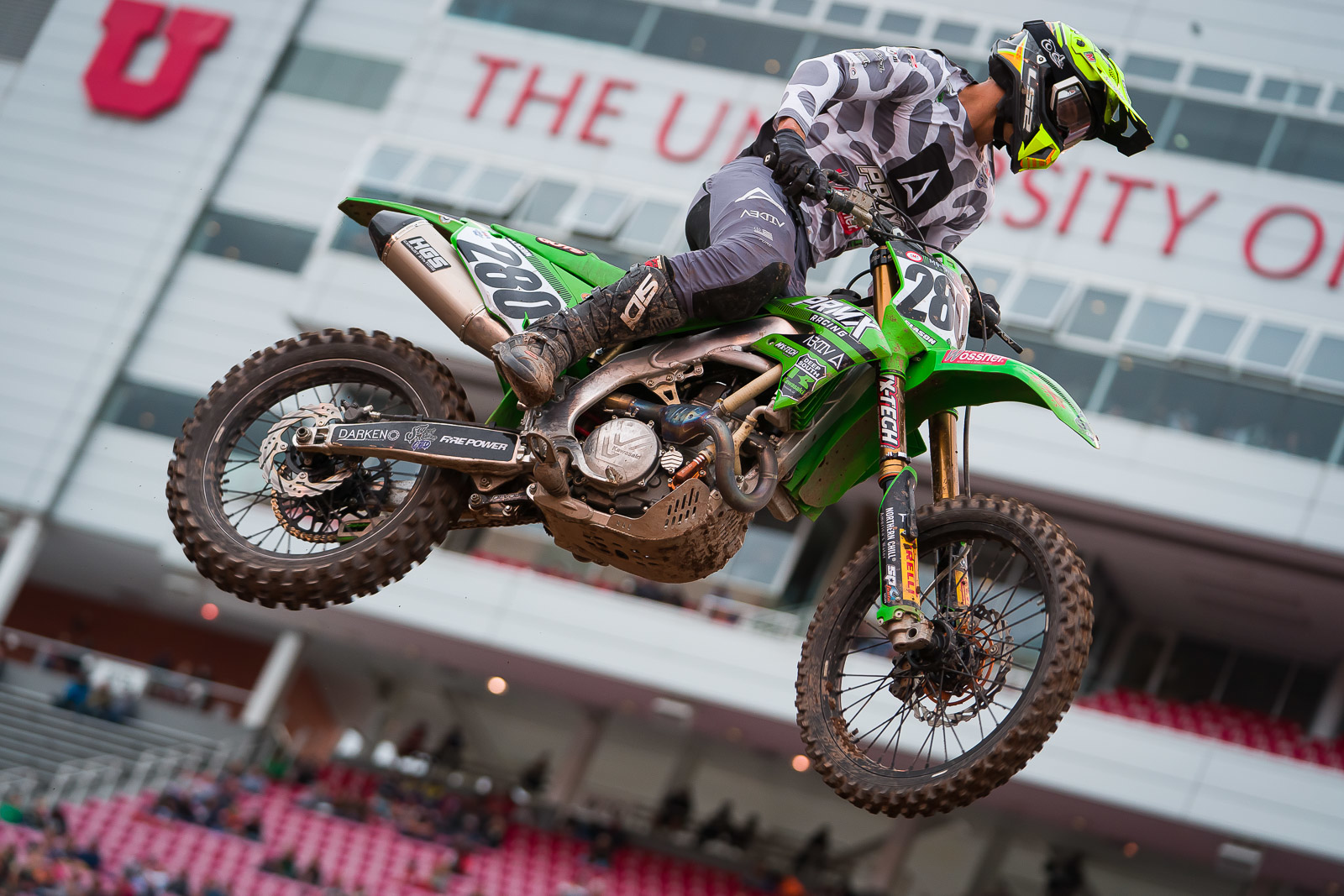 Cade Clason is a racer that’s aware of what’s happening with himself and those around him. He’s often one of the first guys in the staging area before practice sessions or motos, which allows ample time to see what others are doing on the track before putting in laps of his own. The likable rider was absent from the starting line at the kickoff of the 2021 Lucas Oil Pro Motocross Championship, but that didn’t keep him from watching the action and taking notes of different moves or line choices used by the competition. For this installment of Moto Tips, we asked Cade to explain what he looks for when watching other riders, what traits indicate a good technique, and how he applies the ideas during practice or races. Take it away, Cade.

The most important thing I’m looking for when I’m at the track is what rhythms and lines are other people are doing, or if there’s something crazy that we didn’t before but they decided to try. Other than that, it’s really more, “Can I cut down here in a corner?” or “Is someone making this line work?”

If you can stand on the track and watch different people go through one corner, you will see when one person stayed lower and that looked significantly faster, or sometimes that it’s better to go the long way around and carry more speed. That’s the type of stuff that I’m looking for, plus which side of the whoops or jumps they’re going down.

The main thing I look at when watching a rider is their head. If their head is rocking back and forth a lot, that usually means that they’re having to change body positions to kind of dictate where their weight goes. If you watch someone who’s super smooth, their head doesn’t really move; it kind of stays neutral. It’ll shift forward when they’re coming out of corners, and it’ll shift back a little bit as they accelerate.

I try to watch every lap. If I’m not racing, but it’s on television, I’ll watch every single lap. It’s nice because you can see what guys are doing and how they ride the tracks and then try to apply that to when you get to ride or race. They follow one guy at a time on the TV, so you don’t always get to see every angle of everything.

It’s easy to go to a track by yourself and make your own lines, but when you watch the races on TV and you see that they have to go straight down the insides, or they’re starting way on the outside, or having to hop bumps and cross the track to get to a different line. That’s the kind of stuff that I have to look for and apply when I get to go racing.

When you watch Jett Lawrence ride, he looks like he’s flying around a pump track on a bicycle. He’s hopping the little bumps and creates his own lines. When he gets sketchy, he doesn’t freak out; he just stays on the throttle, almost leans into the mistake, and then the bike and the power of his technique pull him out of it.

When you watch Ken and Eli ride, they ride with their feet on the pegs a lot, and I think that guys are starting to apply that more. I like to try that stuff, too.

When I go to the practice track, I have a journal full of the things I want to work on that day, and those are the types of techniques that I write down and plan to do.

I don’t think trying something once specifically and thinking that that’s the perfect way to do it, you know? I’ll go out and ride 20 minutes with my feet on the pegs, or won’t take my feet off, because I want to apply it in different situations to see where it works and doesn’t work.

Sometimes I’ll use an entire moto to try something. If I go work a section over and over, I may be able to simplify it and get perfect and that section, but it’s easy to take a section and break it down and make something work. But if I apply it over time or when I am getting tired or making mistakes, it’s easier to see and then apply it, because it becomes more natural. I love working sections and doing stuff like that, but I don’t feel that it is a great representation of applying the technique to a full moto.

I know that everyone’s different, but I try to switch stuff up. If I feel myself getting a little bit of brain fade or bored at the practice track, like when I don’t have anyone fast to ride with, then I try something different in my lines or experiment with techniques.

Sometimes when I’m making a lot of mistakes at the races, I’ll do two or three laps where I keep my feet on the pegs or will try some different lines. Yeah, it might be slower, but most of the time you’re doing 18 laps anyway, and it’s not going to kill you to try something different.

I’m a big believer in experimenting while you’re on the track, because there’s no way to learn like you do at a race.

2021 Atlanta One Supercross | How Was Your Weekend