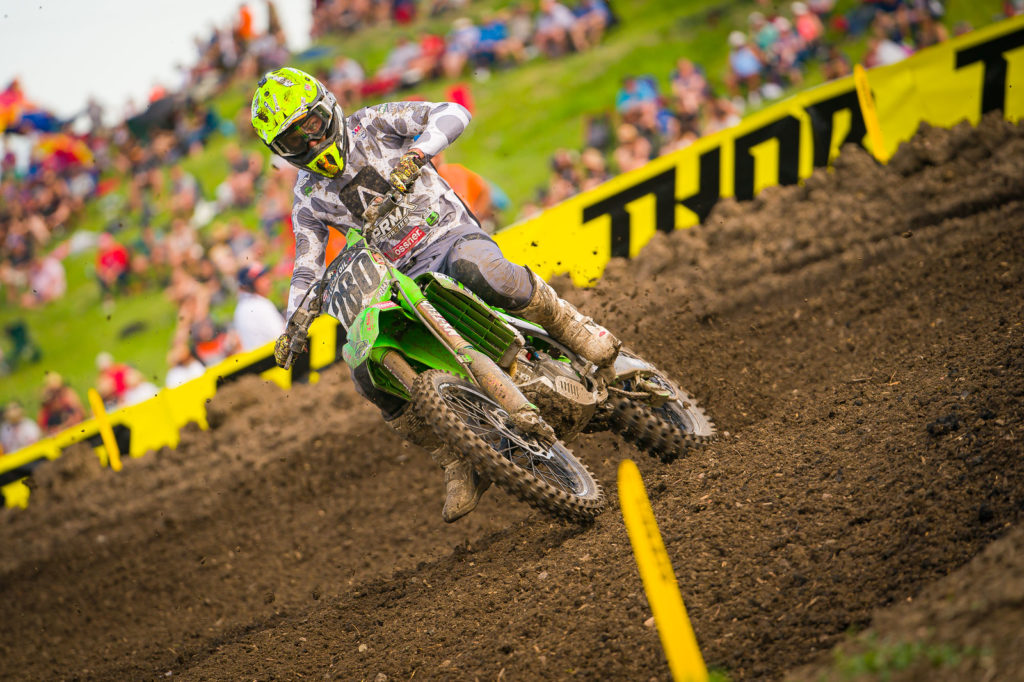 For this installment of Moto Tips, we asked Cade to explain how he scouts out new lines during a race, why it’s important to keep an eye on the riders around you, and when you can use bumps to your advantage. Take it away, Cade.

The first thing I look for is the sweeping lines that open up the track, but those go away rather quickly because that’s what everyone looks for, too.

After that is when you need to look for direct and straight lines because, usually, the shortest ones can be the smoothest. When you’re doing 35-minute motos, you have to figure out how to avoid as many bumps as possible. Hammering through them is just going to tire you out and increase the chances of mistakes.

That said, sometimes the best way to avoid the bumps is to find a bigger one and use it as a jump to go over a bunch of other ones.

There will be five to 10 lines in a single corner at the Nationals, and sometimes you won’t even know how to follow or use one until you see somebody else do it. It’s important to watch the people around you as you ride because of their sketchiness and so you’re aware of what they’re doing.

There are certain people that I don’t love to be around because they’re so sketchy, and their mistakes will become yours. But there are other people that, when they’re around me, I’m like, “Dude, that line is so smart.” I love watching people around me.

It makes you lift your eyes and your focus up. The further you can look ahead, the slower everything comes at you. So many people look straight down and don’t see far enough ahead, even though it makes finding new lines easier. If you’re looking down, you might not see a sweeping line from the outside to the inside; you only see what’s just ahead of you.

Cade Clason on the SML Show