Moto Tips | Practicing With A Partner 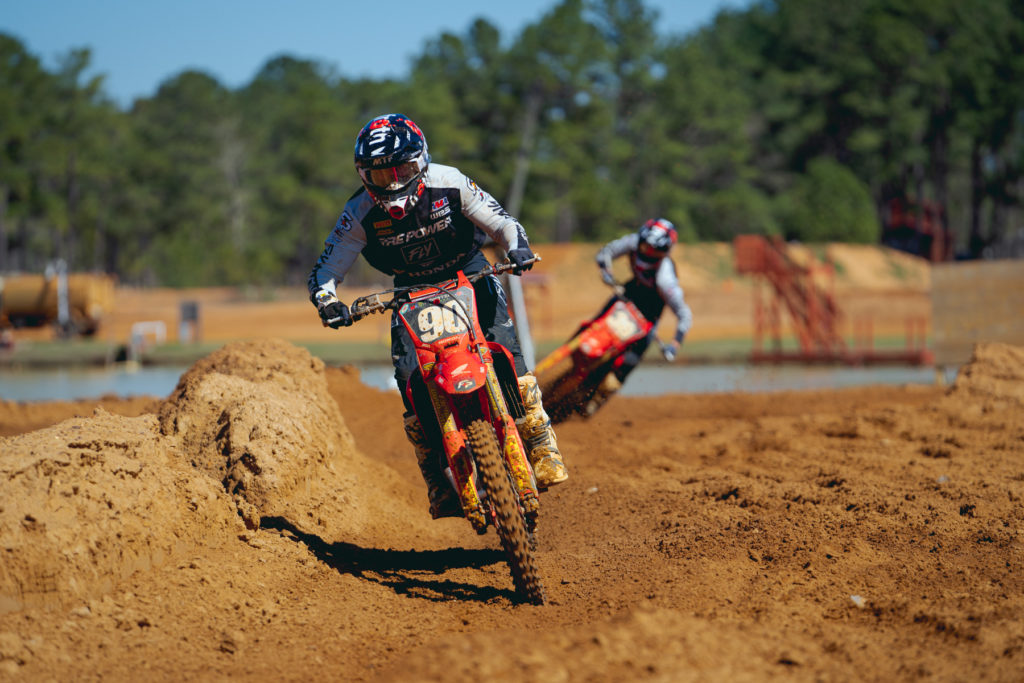 Really, there are two ways to practice being a motorcycle racer. One, you ride alone, focusing on lines and skills you’re determined master with every solo lap around the track, hoping that no one else gets in your way. Or, you have a group of partners who are relatively similar in speed, people you trust enough to show a wheel to in a corner and don’t mind getting roosted by.

A recent visit to Millsaps Training Facility gave us a chance to watch the elite of riders,  a group that includes longtime MTF resident/Fire Power Parts Honda rider Jordon Smith, go through part of their daily routine. Smith has learned plenty in his decade-plus at the southern Georgia training spot, and after the moto, we asked him to guide us through a assortment of topics, including the perks of practicing with a partner.

“Who you practice with is very important. I’ve seen a lot of people come and go in my years at MTF, so I’ve gotten to ride with some fast guys, but then there’s times when I am the fastest person and have to push myself.”

“It’s really good if you can find someone that can start, is willing to be aggressive enough, holds their lines, and can run the same speed. That way you can really replicate the race days anytime and work on things a so that you never go to the line thinking that you’re missing something.”

“At the first couple of races I didn’t get the best starts, so during the week I’ve been starting behind the guys so that I can get better at going through the pack.”

2022 Daytona Supercross | How Was Your Weekend
Michael Antonovich March 6, 2022

Checking In With Jordon Smith

2022 Daytona Supercross | How Was Your Weekend