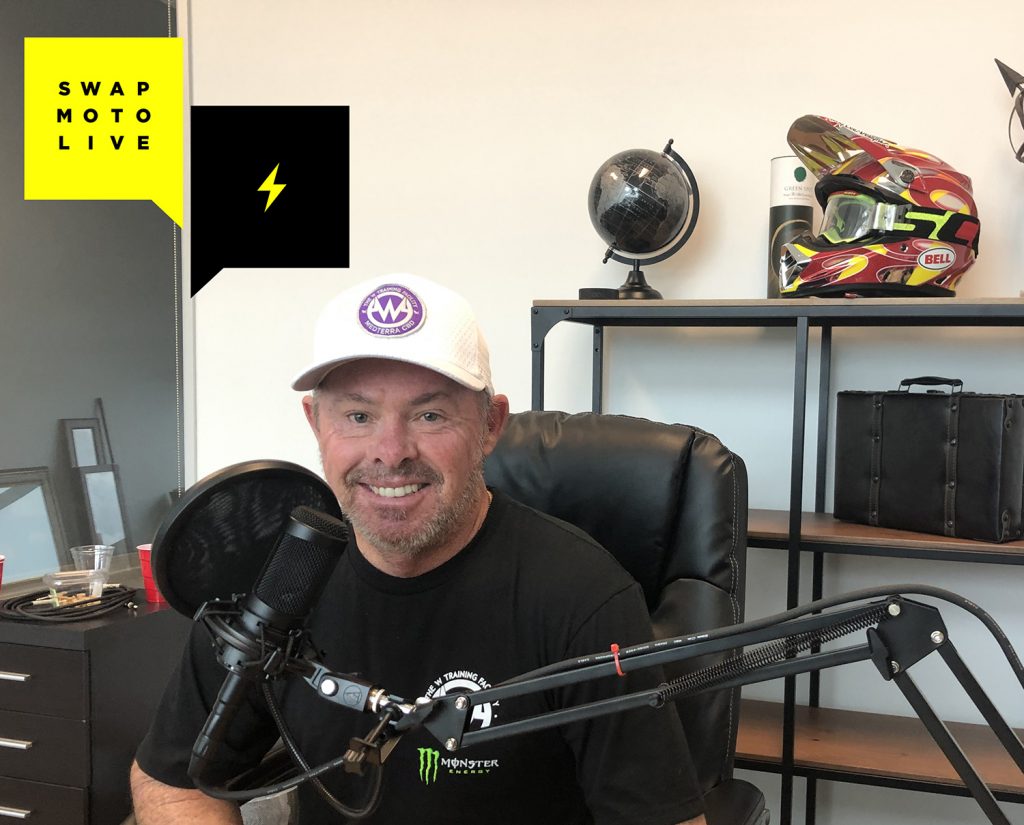 For the people who want to watch as they listen, here’s the video version of the Jeff Ward Podcast, presented by Ogio.

Jeff Ward is an absolute legend of our sport. The seven-time motocross and Supercross Champion has won championships in every division and discipline at least once: 125, 250, and 500 MX, and well as 250 Supercross. Along with Johnny O’Mara and David Bailey, Wardy helped elevate the fitness levels in professional racing to all-new levels in the 1980s and 90s. After his career in moto was done, Ward went on to enjoy success in professional mountain bike racing, Indy Car, and Supermoto. Now, at the age of 57, Ward will throw his hat into the ring in the American Flat Track Series at selected TT events. And we won’t be surprised to see him on the podium! We’ve seen Wardy in action with a steel shoe, and he flies!

Jeff Ward on the SML Show

One Supercross Lap with Jo Shimoda