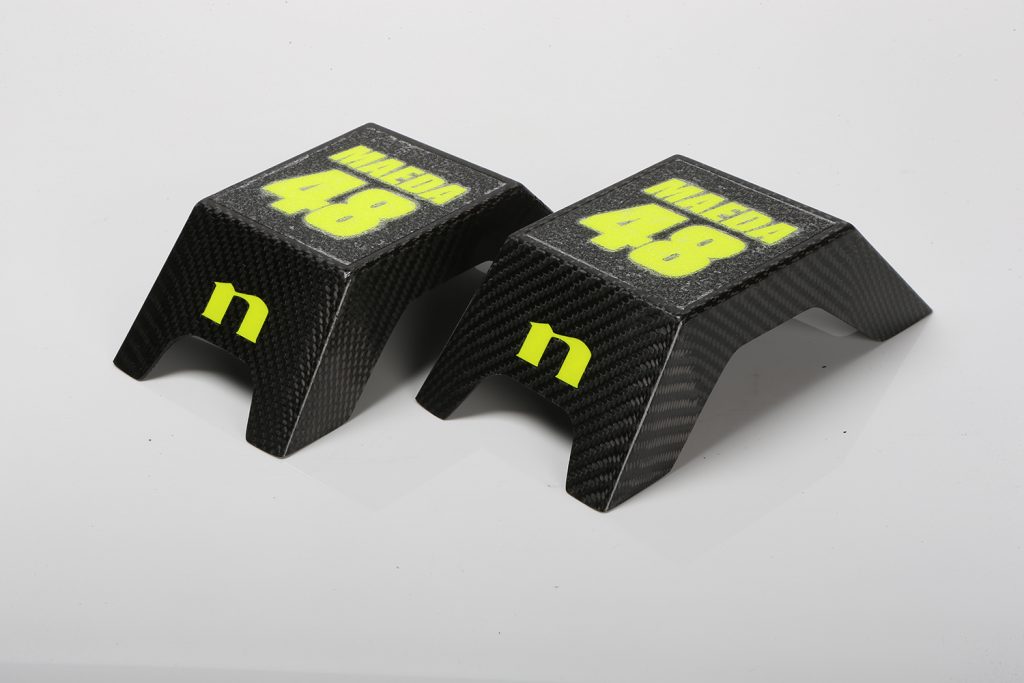 There are some products that make you do a double take, and these Carbon Fiber Starting Blocks from the crew at Niholo Concepts definitely qualify. Starting blocks have been in use for years at the amateur level, but it wasn’t until the introduction of the expanded steel starting grates in Monster Energy Supercross that they became legal at the pinnacle of the sport in America. In the past if a top racer was vertically challenged, he or his mechanic would have to build small mounds of dirt to help him balance for the start. With blocks being legalized, we’ve seen factory teams using everything from standard aluminum blocks that you might see riders using at a local race, all the way up to custom-fabricated titanium blocks with teeth to lock into the steel starting grates. Recently, we saw Rockstar Energy Husqvarna’s Jordan Bailey using a very trick set of carbon fiber starting blocks made by Nihilo Concepts, and they absolutely blew our minds…and especially so after we picked them up while we were hanging inside the team’s pit area.

Imagine our surprise when a box showed up a couple weeks ago, and inside it was a set if the very same Carbon Fiber Starting Blocks that we had drooled over a few days earlier at Supercross! To be honest, we thought there might be a T-shirt inside the box because it was so light. At first, the parts were so thin and light that we suspected that they might not be able to withstand much weight. Boy, were we wrong! We had our Advertising Sales guy Dominic Gaytan, or @dommer11 who is famous for #theprogram, stand on the blocks and they didn’t even flex! 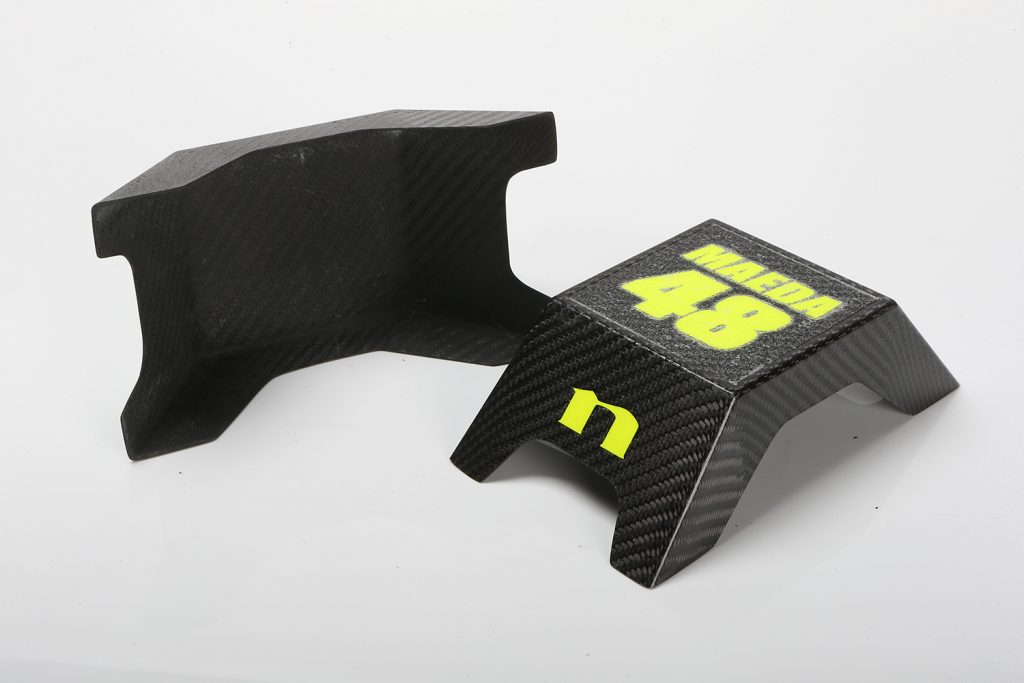 To be honest, we were scared to take them to the races with us, mostly because they are so nice we were sure they would be swiped on the starting line. The truth of the matter is, that you need a mechanic or friend to collect them after you blast off the starting line, because leaving them and hoping that they will be there when you come back is kind of like dropping a fat wad of cash on the ground and expecting no one to pick them up. At $249.95, these babies are like smashing an ant with a sledgehammer when it comes to providing a platform for you to balance on before the gate drops. But then again, half of the allure of motocross and motocross racing is having the trickest stuff out there, right? Yeah, a couple of rocks or a pair of wood blocks will also work just fine, but we know several vet riders who have all the bling and these would be just what the doctor ordered to complete their racing kit.

Nihilo Concepts will personalize every set of blocks with the rider’s name and number, then cover it with clear grip tape that both protects the customization and offers traction for your boots.

So…do you really need a $250 set of exotic starting blocks? No. But then again, you don’t really need that $1000 exhaust pipe on your 450, either! If there was not a market for the coolest set of starting blocks that money could buy, the guys at Nihilo Concepts wouldn’t have bothered to put them into production.