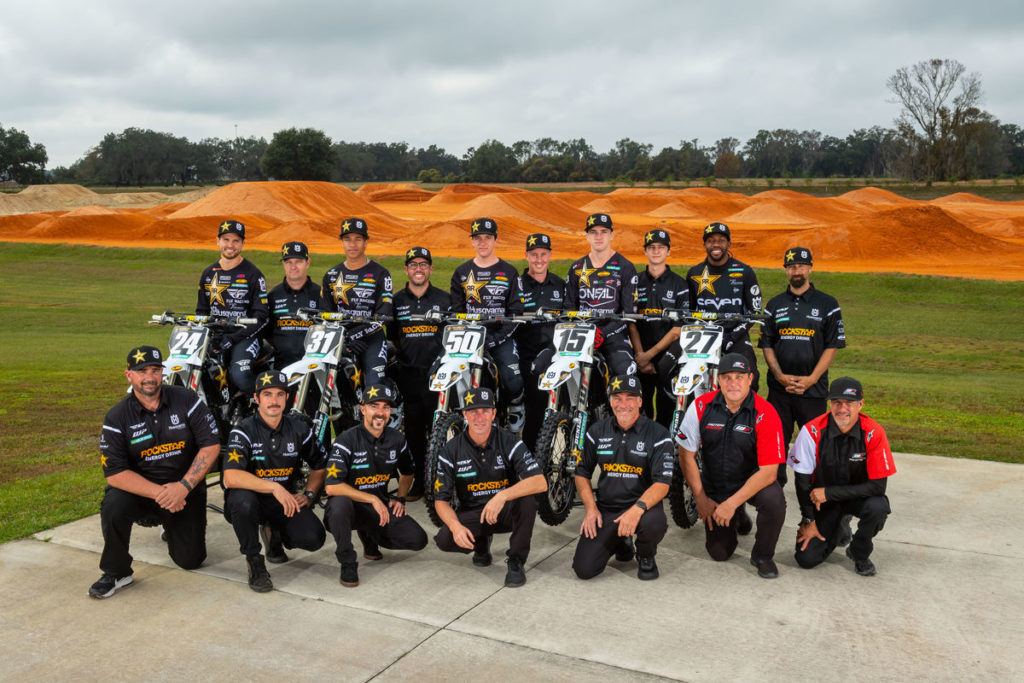 Rockstar Energy Husqvarna Factory Racing has announced Steve Westfall will leave his Team Manager role over the Supercross-Motocross program. Although the decision comes just before the 2022 season, Westfall will assist the team through the first races of the Monster Energy Supercross Championship.

Westfall has been a part of the Rockstar Energy operation for nearly a decade, and his career path mimics the organization’s progress. During the team’s privately-owned Suzuki era, he served as a mechanic and won several 450 Main Events with Davi Millsaps. “Scuba” was promoted to Crew Chief when Husqvarna acquired the group in 2014 and took on the Team Manager responsibilities when former owner Bobby Hewitt stepped away entirely in 2020.

Sean Murphy, the current Race Team Coordinator at Husqvarna, is expected to take on a larger role as Westfall transitions out of his current position.

Husqvarna’s complete statement, including a quote from Westfall, is posted below.

Ahead of the upcoming 2022 AMA Supercross Championship, Husqvarna Motorcycles North America, Inc. and Stephen Westfall have announced that he will step down from the position of manager of the Rockstar Energy Husqvarna Factory Racing Team. After a successful relationship with the team, Westfall has made the decision to step away and focus on time with his family.

Westfall, also known as “Scuba,” began his tenure in 2008 as a highly-respected technician working with many of the sport’s top riders. In 2014, Westfall was promoted to Crew Chief for the Rockstar Energy Husqvarna Factory Racing Team, where he served as an integral part of the team’s championship-winning success, including three 250 cc titles with Zach Osborne and capturing the brand’s first-ever 450SX Championship with Jason Anderson. Westfall became the U.S. SX/MX Team Manager in 2020, leading the squad to a very successful season despite a challenging year amidst an unprecedented global pandemic, which culminated with a first-time 450MX Championship from Osborne.
“This is probably the hardest decision I’ve ever had to make but ultimately I have decided to step down as Team Manager and head back to the east coast to spend more time with my family,” Westfall said. “I want to thank Husqvarna Motorcycles for giving me the opportunity to work here over the past eight years and wishing my Rockstar Energy Husqvarna Factory Racing Team all the best in the upcoming season – I will be rooting for them every weekend!”
Westfall will remain on-board through the west coast rounds of the 2022 AMA Supercross Championship in order to help the team transition to a new manager, which will be announced at a later date. The opening round will take place next Saturday, January 8 in Anaheim, California.
Tags: