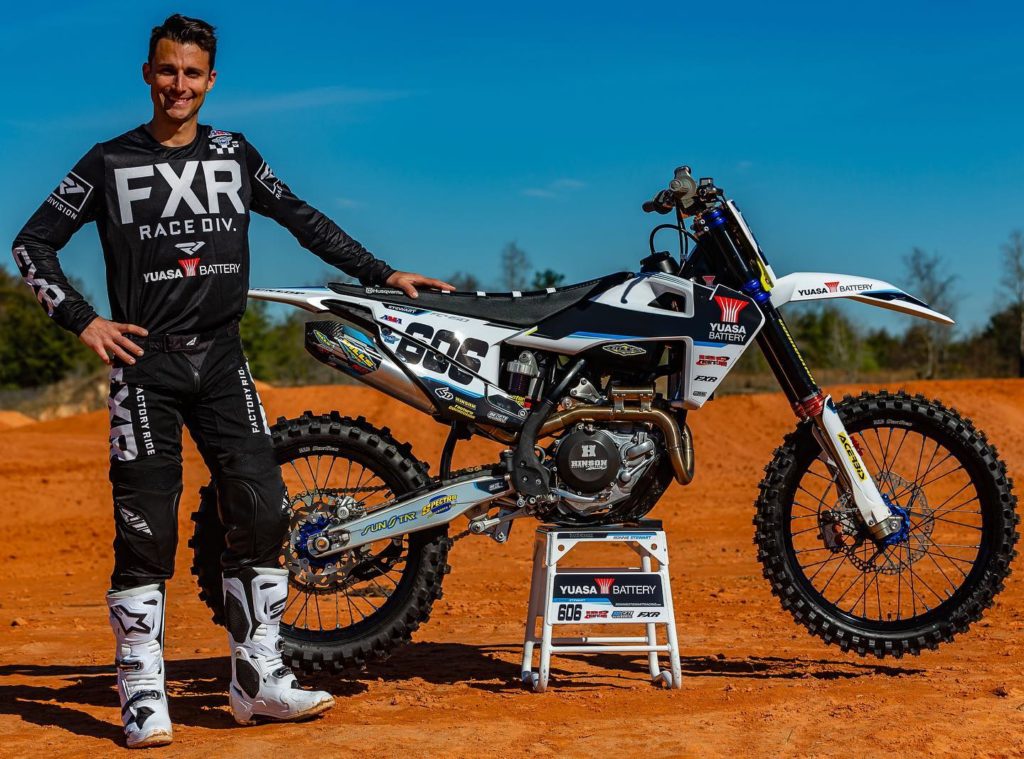 Ronnie Stewart Racing and Thundercross Associates are pleased to announce a new partnership that will be beginning at round seven of the 2020 Monster Energy Supercross Series. This exciting collaboration will see Yuasa Battery Inc., the industry standard for powersports batteries in the US and globally for more than 40 years, join as the premier sponsor of Ronnie Stewart Racing. New York businessman, Frank Russell, has joined to support the team with their Husqvarna race bike for 2020.

“Two generations, each with their unique backgrounds, have come together with the same goal in mind. To represent partners at the highest level of professionalism and to stimulate and grow the sport.” Stated Alex Moroz, President, and Owner of Thundercross Associates, the original producer of the Legends and Heroes moto museum. “The Legend and Heroes moto museum tour have worked diligently to preserve the value of the 40+ years of our supercross and motocross history and its impact on the legacy of American motorsports. Ronnie has owned and operated his team since 2013, making a name for himself as “the peoples champion” by his approachable and friendly personality. Ronnie has brought in new, out-of-industry sponsors to his racing efforts, and will continue that same mindset in 2020 building into 2021.”

Officially, Ronnie Stewart Racing, powered by Yuasa Battery, will begin their campaign at Raymond James Stadium, February 15th, and will race nine (9) rounds this Supercross Season. Ronnie says, “I am thrilled to have the opportunity to go racing with our team operating like it previously has. I’m excited to work with Alex and look forward to what is to come.”

Ronnie’s wife and manager, Brooke Stewart, brings a fresh perspective and a resurgence of vision and potential for the team. As a female in a male-dominated sport, there is a focus on getting more women involved, interested, and empowered in the space.

The team is relatable to the average rider and fan. With this in mind, a series of new marketing initiatives will take place this season, including a series of storytelling pieces that will showcase the behind the scenes preparations and what it takes to go racing at a professional level.

“The new partnership with Alex and Yuasa Battery Inc. provides us the platform to share our passion,” said Brooke Stewart. She continued with an important message. “We are not above or below any one person and represent that by demonstration. We focus on being accessible and positively influencing people in and around the supercross circuit. These actions are how we separate ourselves from others within the racing community. We have always put much emphasis on what we can do off the track and continue strengthening this effort into the future.”

Ronnie Stewart Racing Powered By Yuasa Battery is proud to have support from the following amazing companies.

This week on the SML Show presented by @ogio_powersports and @fmf73, @ryanvillopoto stops by the office to discuss his partnership with canvas and more. The episode goes live at 11 AM on swapmotolive.com ! #swapmotolive #sml ...