Seth Hammaker | The Rookie Is Ready 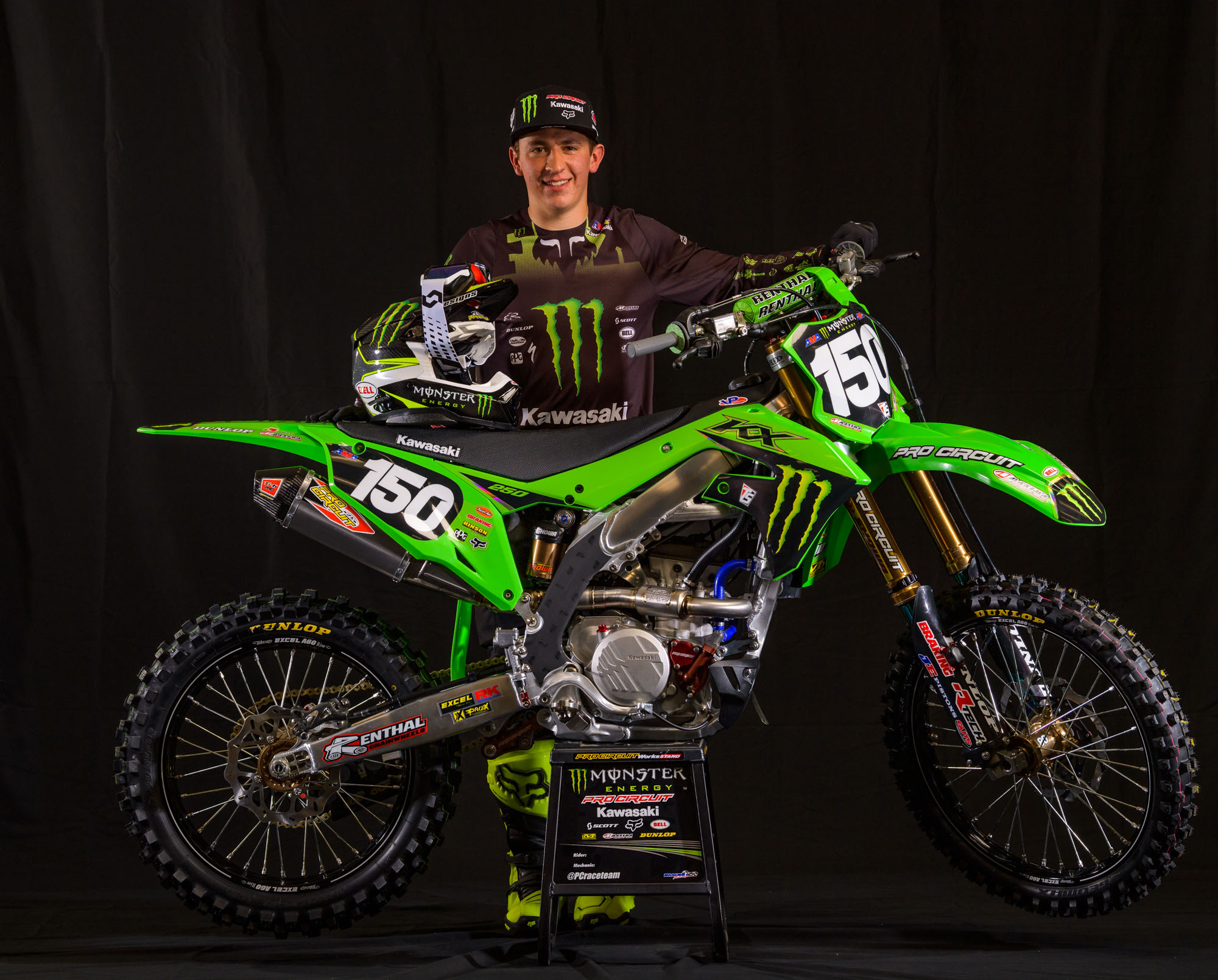 Seth Hammaker will make his long-awaited pro debut at some point in the 2021 Monster Energy Supercross Series. We say “some point” because the Pennsylvania rookie doesn’t know himself right now. Part of the Monster Energy/Pro Circuit/Kawasaki squad, Hammaker followed Mitch Payton’s orders and got in race-shape for the Houston One Supercross, just in case he needed to be on the starting line in the East Coast region. Hammaker will be ready for his first race, regardless of when or where it happens, and we got to know the teenager, discussed past issues that delayed his debut, and talked about what it’s like to ride for the decorated team in a quick ten-minute chat.

UPDATE | Pro Circuit has announced their rider-coast assignments for 2021, with Hammaker as part of the West Coast.

This will be a big season for you. I know that it had been brewing for quite a while, over the last few years even, so what led to finally turning pro in 2021?

Like you said, it’s been brewing for a couple of years now, getting everything to line up to make my pro debut. I’ve been healthy and had a good offseason coming into 2021, so the team and I have decided this is my best time to do it.

There had been rumors about you stepping up over the last few years, but issues came up. How close had you come to racing for PC before this?

It’s been going on for a year and a half, at least. I was going to do it in 2020 but had injuries. I had to have surgery on both of my shoulders to get those fixed up, I had been having issues with that, and it led to the pro debut getting pushed back. It all worked out because I did another year in amateurs, and I made sure I was ready. We didn’t want to get thrown into the pro ranks without being prepared. I should have gone pro already because my age group has already had it with guys like Jo Shimoda and Pierce Brown. I’m just a year later, but all in all, it will work out.

This year’s issue was getting sick with Epstein-Barr. You’re a younger guy, so you’ve probably heard about it forever, but how was it to actually deal with it?

Yeah, I’ve always heard about guys that had dealt with it, and then I came up with it. Luckily, I had good people around me to guide me in the right direction, and I got over it as fast as possible. It’s tough because you want to do stuff, but the best thing to do is rest so that you can get over it. That was one of the hardest things to do.

You’re an East Coast guy, but you’ve spent the last few months in California riding and testing with the team.

Yeah, I’m an East Coast guy that came out here. It’s a different scene, but it’s good! The moto stuff out here is awesome, and it’s the place to be. There are way more people, and there is way more traffic, but it’s sweet for what I’m doing. 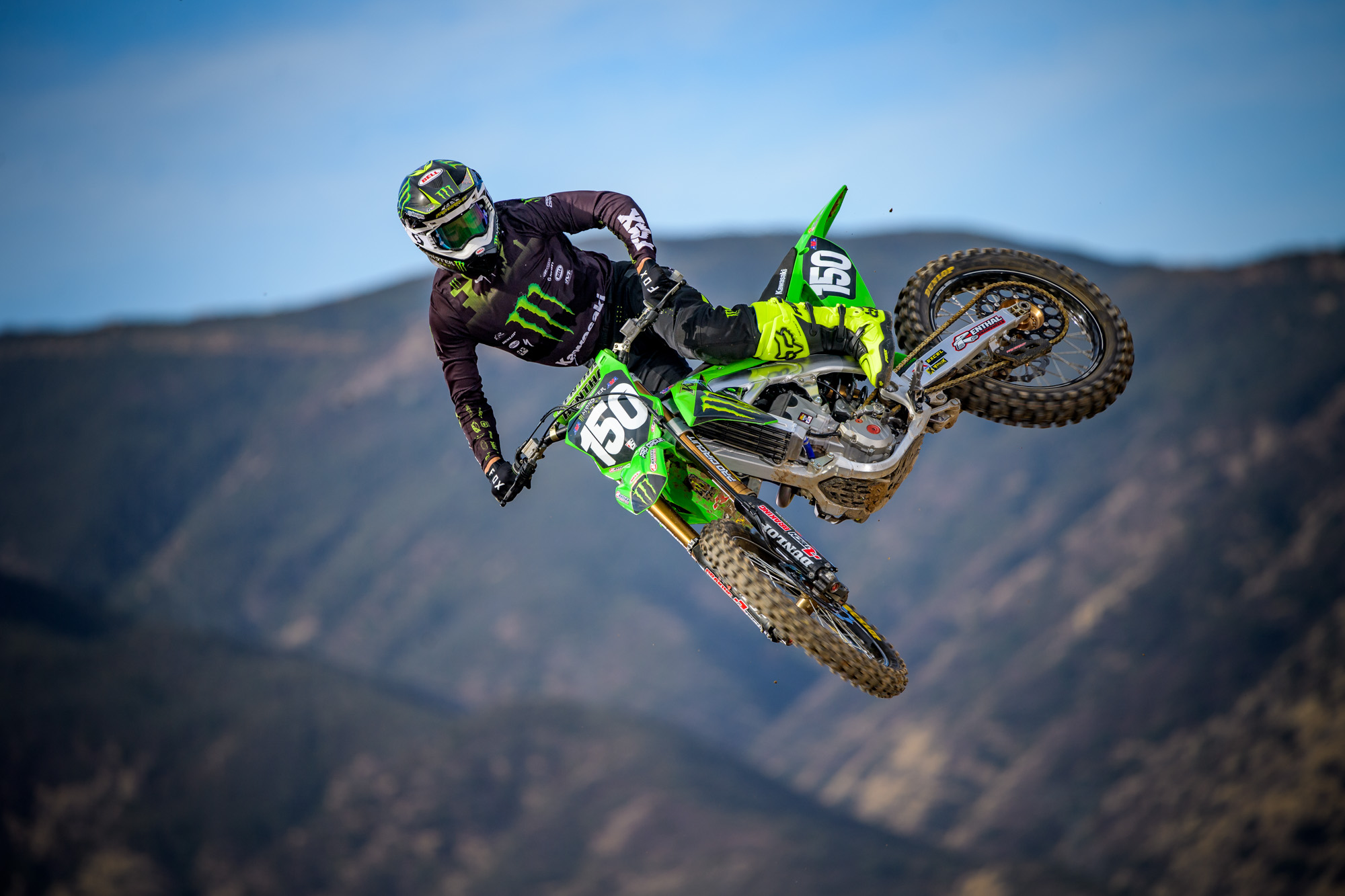 “I should have gone pro already because my age group has already had it with guys like Jo Shimoda and Pierce Brown. I’m just a year later, but all in all, it will work out.”

You’ve done the amateur program where you hit a handful of races in a year, so this will be completely different in the way that you’ll be traveling and racing much more. How has the preseason prep been? Was it a big change to your program?

At first, it was kind of normal, and with Supercross, I gradually eased into it. Nothing too crazy too soon. But as of late, it’s been a lot of laps. I’m mentally preparing myself for the full season because I know it’s going to be a lot of races and travel, which I’ve never experienced before. I want to be ready for that grind all season, so now is the time to put in the work.

It sounds like Mitch Payton has you guys on the usual Pro Circuit “wait until the last minute to assign a region” program right now. Everyone is ready to go, but you don’t know for sure when you’ll be racing. Are you good either way, going to Houston or waiting until February?

Yeah, he told us to be ready for the first one. So if that’s the case, I’m ready to go. 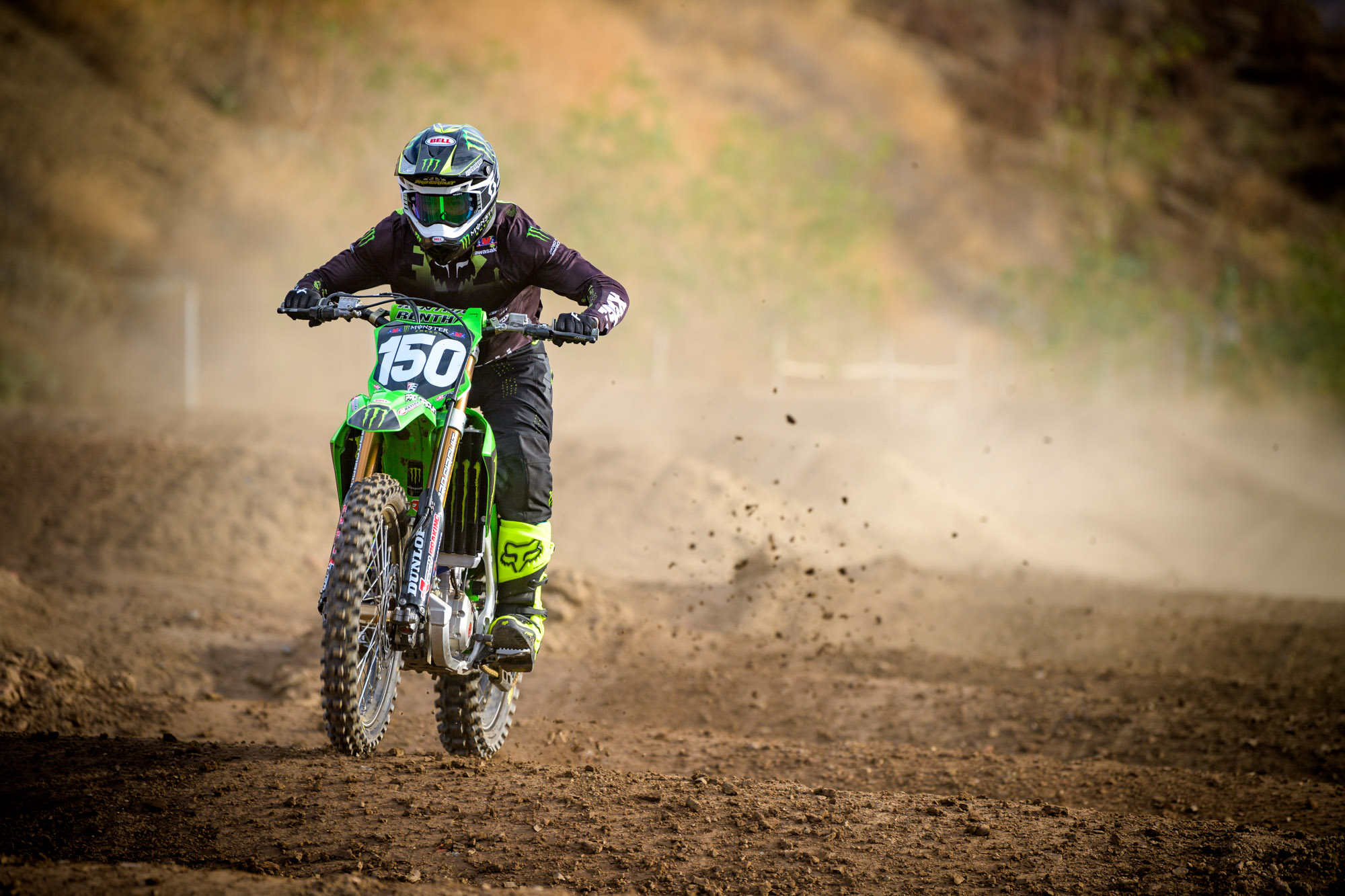 “I want to be at every race, put in solid finishes, and stay healthy. I feel like the more I run upfront, the more experience I will get being from being with the other guys, and that’s the goal.”

There are some Supercross-style events that happen each year for amateurs, like the Monster Energy Cup, but it’s a completely different thing to go to the practice track that’s tucked away at Glen Helen. What was the easiest obstacle for you to learn, and what was the most difficult?

The trickiest has for-sure been the whoop section, and the easiest is the Supercross finish line and triples. The whoop section is a work in progress. With Monster Cup, there are never any whoops. So that’s been a change, but I feel like most rookies, that’s part of the learning curve. Every week I can see a big change and improvements. You have to go through them; that’s the only way to learn.

What were your first thoughts riding the Pro Circuit race bike? Mitch is known for coming up with a good setup, and the 2021 KX platform is the best it’s ever been. How did it compare to the stuff you rode as a Team Green guy?

The first day I hoped on it, I was all smiles. I couldn’t believe it. The Team Green bike, that was great, but getting on this thing was that much better. To ride one of Mitch’s bikes and to know the amount of work that goes into it is awesome.

Did you get paired up with a new mechanic, or did you get to bring your guy with you?

Jacob Martin was my practice bike mechanic, and he’s coming with me.

That’s good to know that it’s someone you’re already familiar with. Like we said earlier, you’ve never really done the travel and everything you experience will be new. Aside from the racing itself, what is it about turning pro that you’re most excited for?

I would say going to different venues and seeing different places is what I’m looking forward to. We’ll be in those places for a little bit longer period of time in-between races, so we can spend time in one spot, but we won’t see as many venues as we would in a normal schedule.

When you’re an amateur, you race back-to-back days at an event, so I think this Saturday-Tuesday-Saturday thing could be in your favor.

Yeah, it’s going to feel a little like an amateur event [Laughs].

We always have to ask about an incoming rookie’s expectations. Everyone has a different goal, but I think for you, it seems like everyone wants to see consistent finishes and improvement so that you get through every race, more than being a championship contender at the first round.

Yeah, for sure, I want to be at every race, put in solid finishes, and stay healthy. I feel like the more I run upfront, the more experience I will get being from being with the other guys, and that’s the goal. I want to make it through every round, and I think it will lead to good results.

You’ve been at all of the public practice tracks lately and have ridden alongside established pro riders, guys that all run a different pace. Are the stopwatch times as good as you thought they’d be or was it difficult because it’s all so new?

At first, it was pretty difficult. To ride with the top pros, they were already going fast when I was learning everything, but I am getting better every week. It’s good to ride with those guys because then you know where you’re at and who you should gauge your speed from. 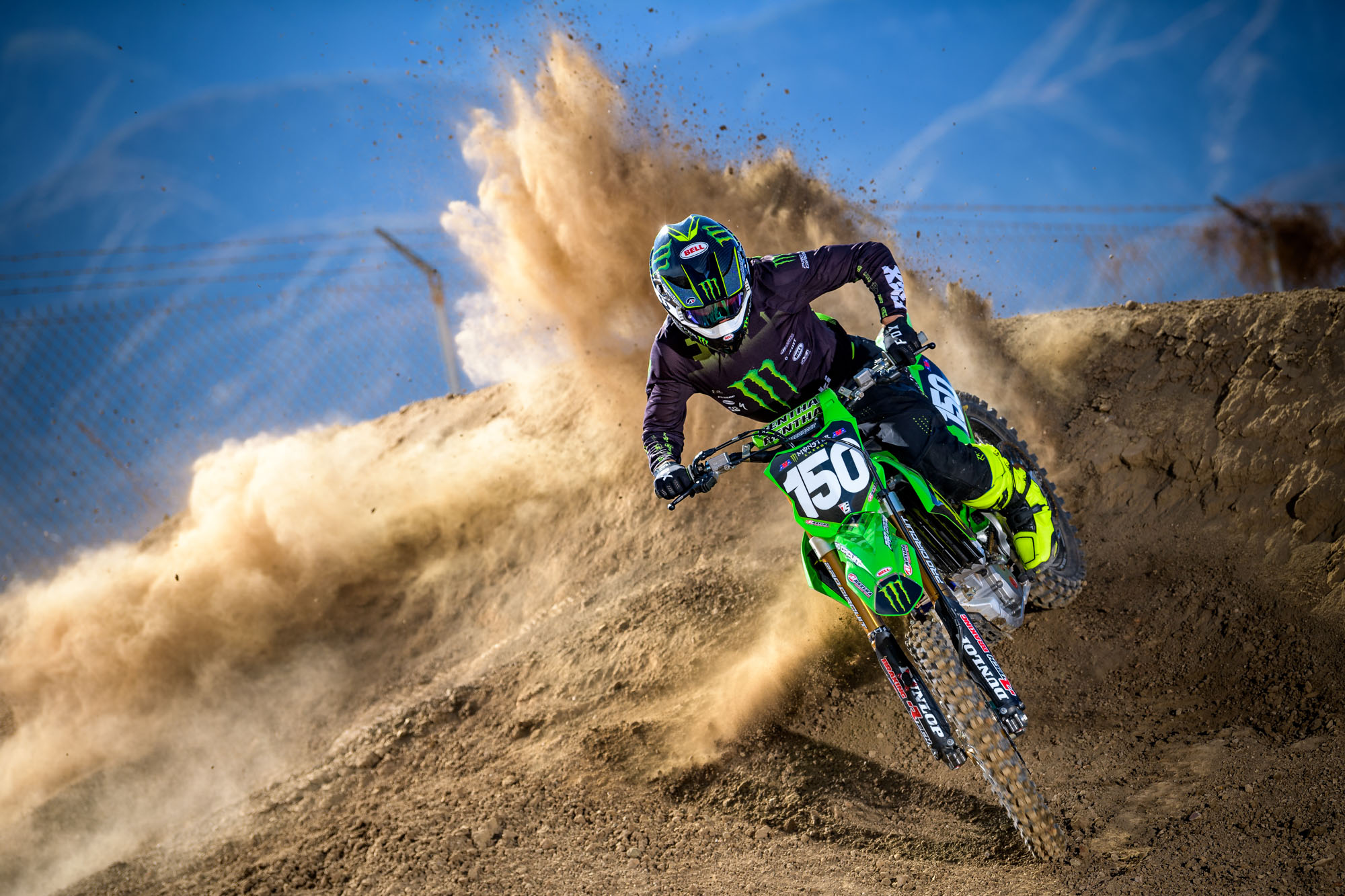