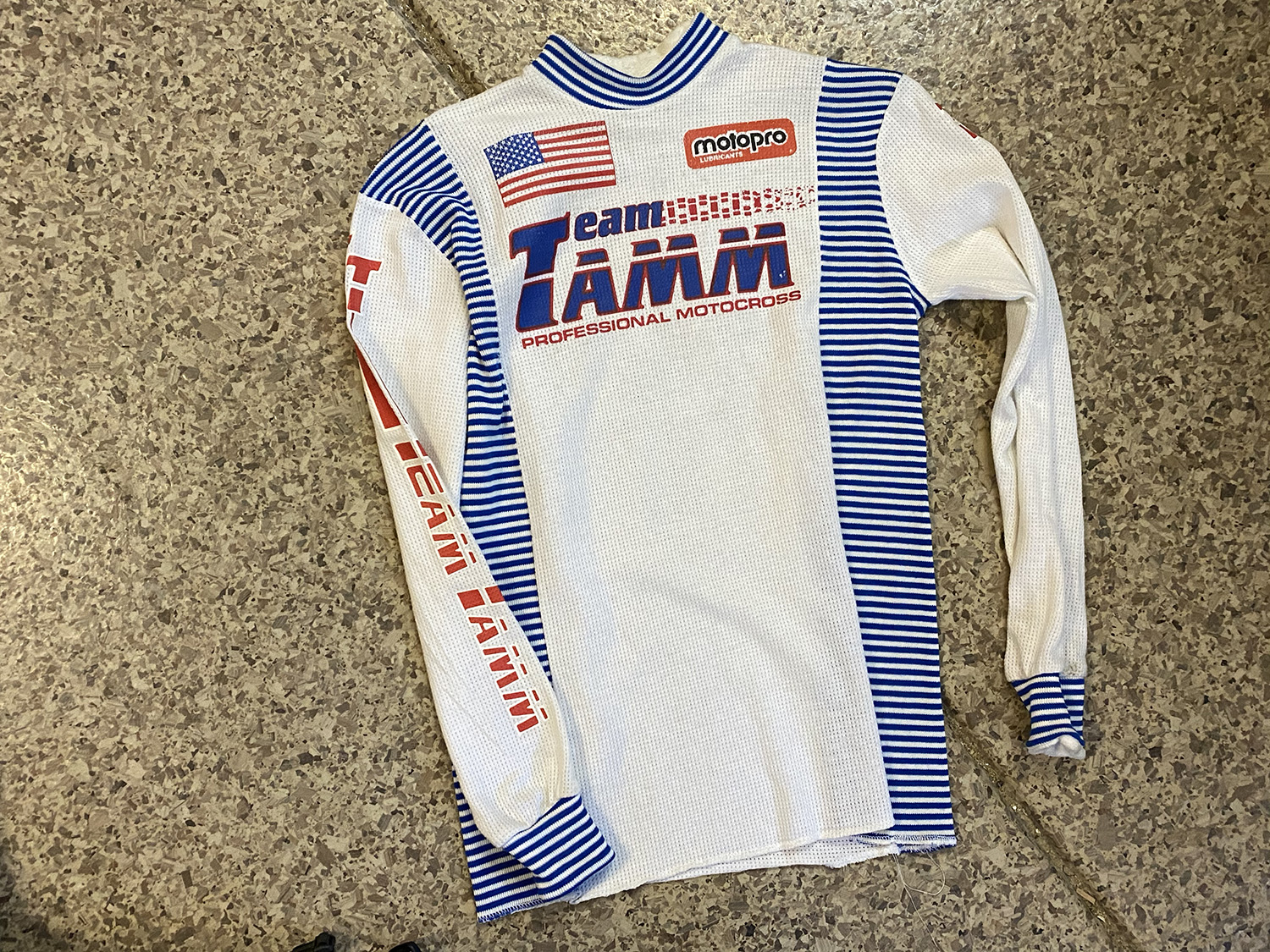 Team Tamm was a privateer race team in the 1980s that was funded by Bob and Julie Tamm. Funded by the sale of their auto parts company, Team Tamm enjoyed Honda support in ’84 and made quite a statement with a six-man team. The riders wore custom-made Team Tamm apparel, which became available to the public, as well.

During Team Tamm’s glory days in motocross, I was still a young, impressionable three-wheeler racer. Though my racing hero was Jimmy White and I wore head-to-toe JT Racing gear to emulate him, there was another Kawasaki Tecate racer named Chris White (no relation) who I also idolized. Chris White must have been supported by Team Tamm in some capacity, as he wore the emerald green, blue, and white, version of the jersey you see above. I thought the Team Tamm was sick, so I saved my allowance and bought the jersey first. The pants would have to come a few weeks later when I had enough doe…When the jersey arrived, it was even cooler in person than it was in the magazines! The emerald green body was contrasted beautifully by the blue and white striped spandex stretch panels. I went straight to the Arcadia Mall and had my name and number ironed on the back in those fuzzy letters. I was dialed.

The next weekend, my dad took me to Indian Dunes to race on the International Track. I saved my precious new Team Tamm jersey for the first moto…didn’t want it to get muddy during practice! At the time, my dad was big on me wearing a chest protector when I rode, and mine was the space-age looking JT V2000. This, of course, posed a dilemma. I didn’t want to cover my cool new jersey with a chest protector, so I wore it over my V2000. If you know what the shoulders of a V2000 looked like, you know that I looked like Herman Munster in a football uniform as I went to. the line. Somehow, the planets were aligned that day and I holeshot and led every lap en route to the first moto win. Back at the truck, I changed into a T-shirt and chugged some Gatorade as it was a hot summer day. When my dad got back to our pickup he said, “What happened? Did the bike break? I didn’t see you out there!” “What do you mean?” I replied. “I holeshot and won! Didn’t you see me?” Dad looked puzzled for a moment, then replied, “Oh, wait…was that you in the CLOWN OUTFIT out there?”

That was the last time I wore my Team Tamm jersey. Haha! 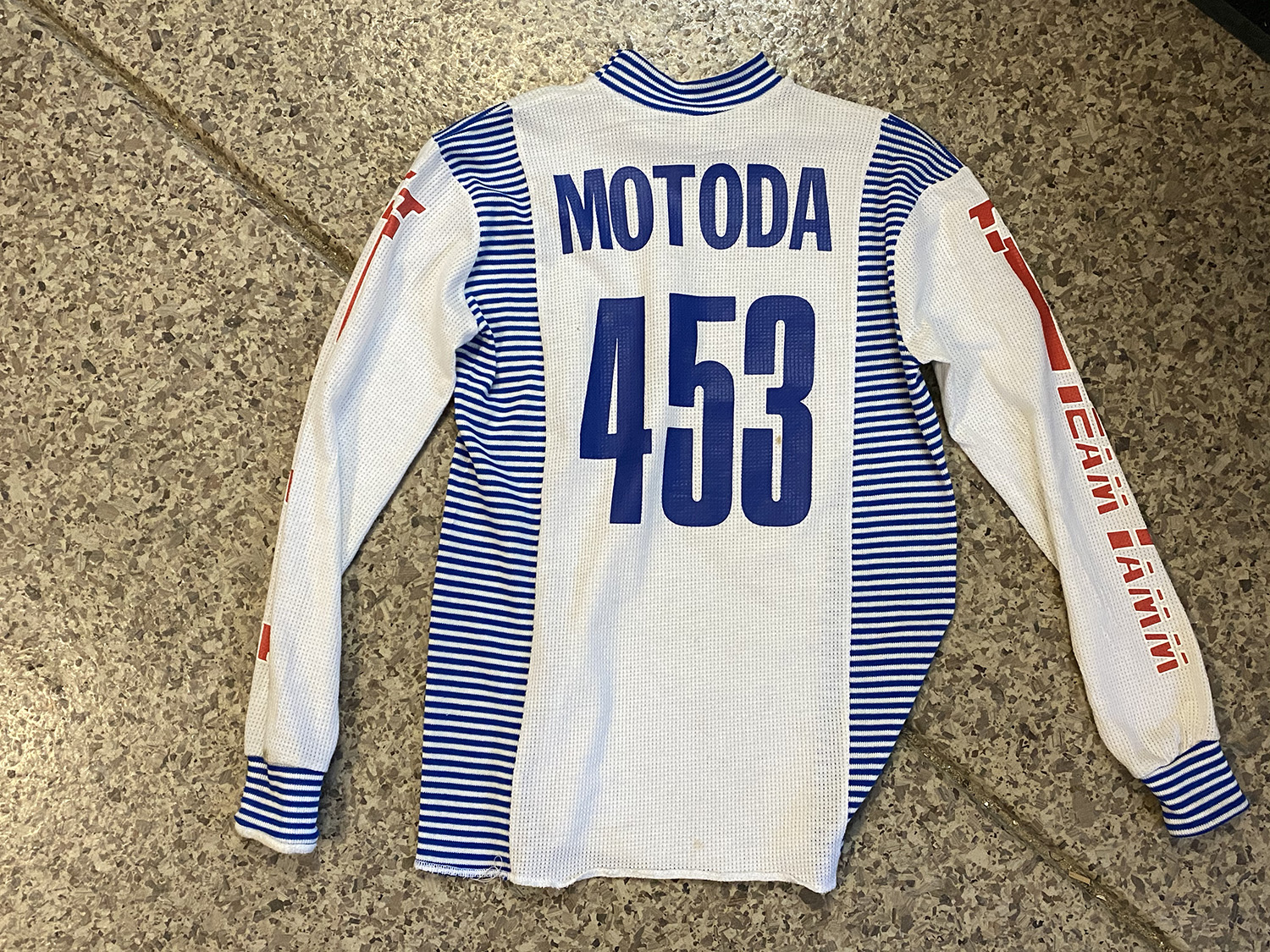 A few months ago, I got a message from Greg Landers (@zeke27g) on Instagram. Somehow (I’m not exactly sure how), he had come across a Team Tamm jersey with Motoda 453 on the back, at a garage sale or eBay or Craig’s List. Upon seeing it, Greg reached out to me because he knew that I might want it. Darin Motoda was one of my best friends, and he worked as a dealer rep for brands like Bell Helmets, RS Taichi, OGIO, and White Brothers. Tragically, he passed away in December of 2005 from head injuries sustained in a crash at Lake Elsinore MX Park. My brother Ross and I were devastated; we spent most weekends riding wit Darin and I spoke to him on the phone almost daily. To this day I miss him terribly and think of him often…usually when something funny happens to me and I know he’d laugh hearing the story… 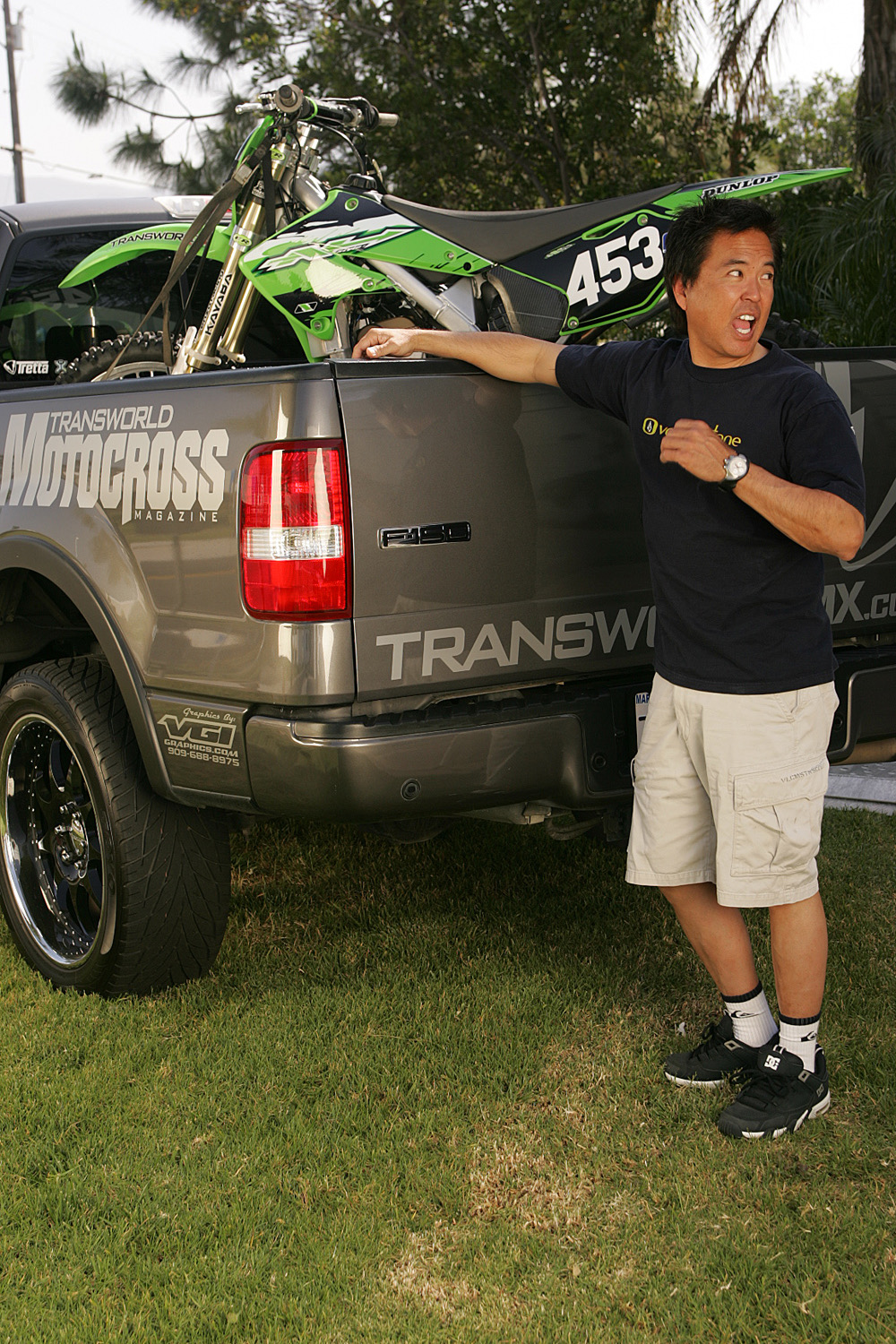 The funny thing about Darin’s Team Tamm jersey is that I don’t have any memories of him ever wearing it. But then again, that would have been the time frame before I was riding dirt bikes, and I was never invited to join Ross and Darin on my trike. It is, comforting, though, to know that even before we were great friends, Darin and I shared the same misguided fashion sense. Haha! Thanks for the jersey, Greg! It means more to me than you know… 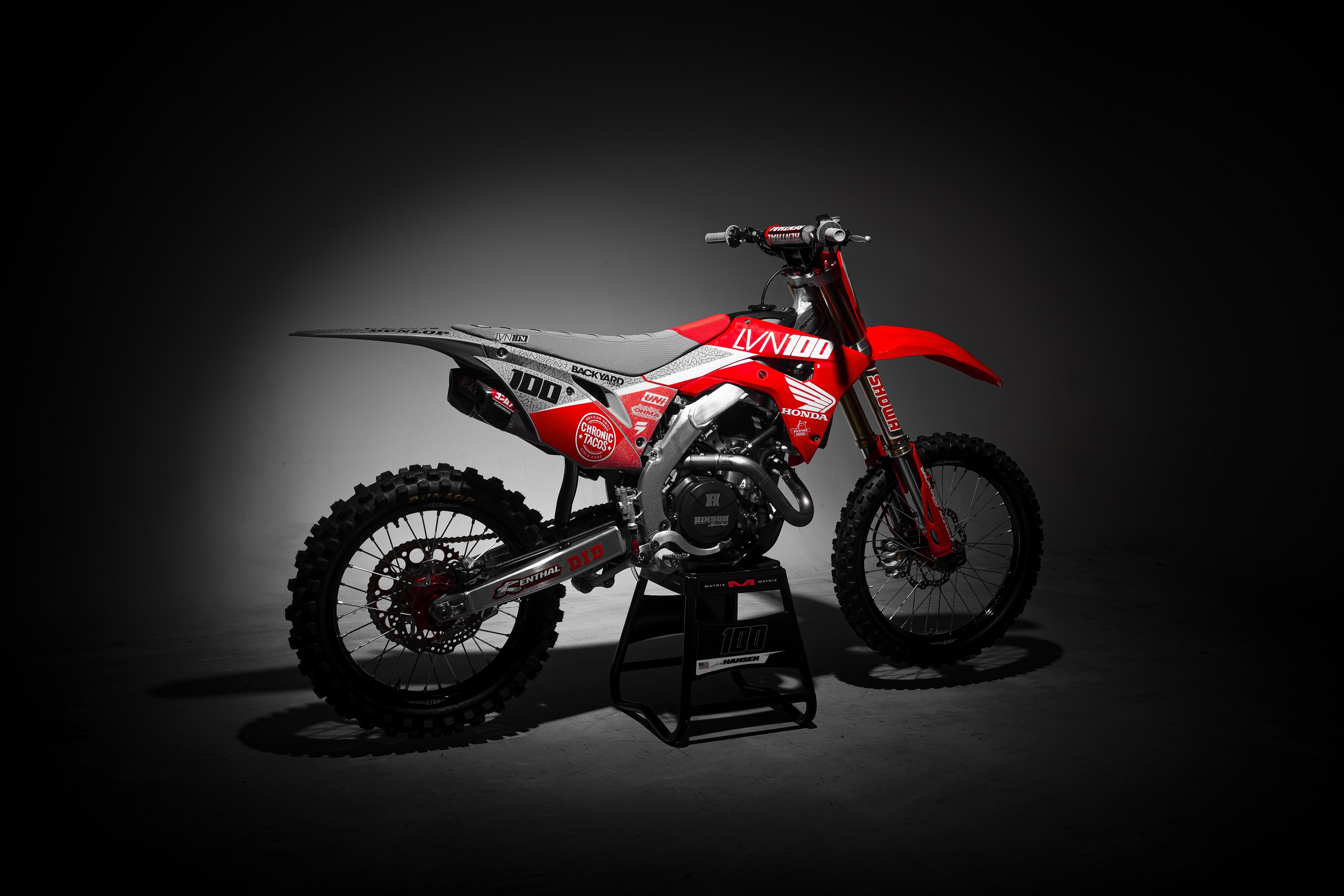 Josh Hansen is known well as one of the most naturally talented and stylish riders on two wheels, and he just had his personal graphics kit redesigned by Jared Hicks and the crew at Backyard Design. In contrast to his original LVN100 kit that was only red and white, the new kit incorporates more color and flair. This kit is available as is, or you can customize it with your own number and sponsor logos.