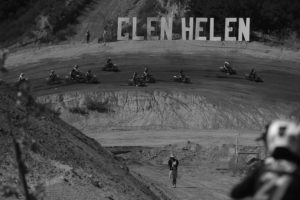 And we’re off! The 2020 AMSOIL Terra Firma race series is officially underway, as we kicked it off this past weekend at Glen Helen Raceway. We have to say, we’ve been astonished by the recent turnouts that the race series has turned up and we were once again stunned with arguably our largest turnout at Glen Helen raceway for round one of the series. Over 700 racers filtered through the gates of the San Bernardino, CA facility eager to get back to racing. With a sunny forecast, two perfectly prepped tracks, and one of our largest turnouts yet, the Terra Firma series was off to a great start! 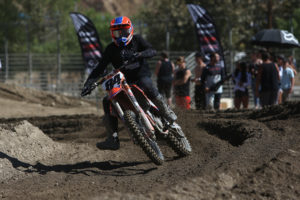 Quite a few classes benefited from the large turnout at our series opener, one of which was the pro classes. Not only did the stacked gates provide for some exciting racing, but the large number of racers in all of the pro classes contributed to quite a large purse payout. Our good friend Dennis Stapleton was feeling racy after his performance at Loretta Lynns and came out to log in some more gate drops in both the Pro 450F and 30+ Pro classes. Despite going against some of the fastest local pros in SoCal, Dennis smoked his fellow vet racers in the 30+ Pro class and then showed the youngsters in Pro 450F how beneficial experience is, as he swept both classes and took home four individual moto wins. 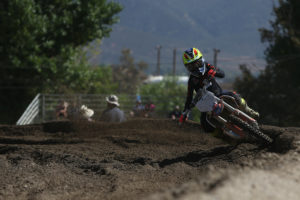 The Open 85-150F/Supermini class is always one to watch at the AMSOIL Swapmoto race series, as it showcases some of our sports fastest up and coming youngsters. As for action on the track, the exciting class never disappoints. However, round one of the Terra Firma series held some of the best and most intense Supermini racing to our recent memory, as 32 talented kids lined up to do battle, making it the largest class on the main track. Amongst the packed field was Orange Brigade’s Enzo Temmerman, who didn’t seem to be fazed a bit by the competition as he rode his way to an impressive 1-1 result. After sweeping on his Supermini, Enzo lined up for only his second race on a big bike and contended in the Open Non-Pro class, where he earned a respectable second place in moto one. We’re eager to see what Enzo can do at this year’s Mini Major in just a few weeks!