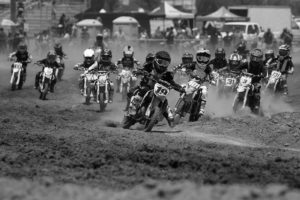 The AMSOIL Swapmoto Race Series rolled into State Fair MX this past weekend for round two of the Terra Firma series. The sun was out and the temperature was high, however, that didn’t seem to stop our race series regulars, as well over 500 racers filtered through the gates of the Perris, CA facility for an exciting day of racing. The track crew at State Fair spent a good amount of Saturday evening and early Sunday morning grooming both courses to provide racers with the best tracks possible. All said, round two of the AMSOIL Terra Firma series was definitely one for the books and we look forward to continue the series in two weeks at Perris Raceway, see you there! 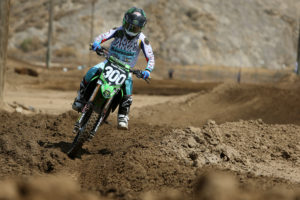 Along with our race series regulars, we had a handful of new faces attend round two of the Terra Firma series. Team Green’s Drew Adams made an appearance at State Fair MX, as he’s been on the West Coast to do some testing with the team before Loretta Lynns. Though, the number-300 KX85 may look familiar to some of you, as Drew turned quite a few heads at our 2020 Mini Major East back in November. That said, it had been a while since we last saw Drew. We’re happy to report that the youngster seems even faster now, as he easily set the fastest mini bike laps of the day. At the end of the day, Drew had won every moto he lined up for and left State Fair MX with four individual wins and the overall victory in both the Open 85-150F/Supermini and Big Wheel Open 85/150F classes. 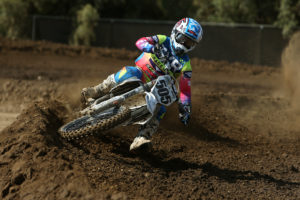 Longtime race series regular Sean Lipanovich came out to do motos at State Fair for the second round of the AMSOIL Terra Firma series. If your eyes didn’t already gravitate towards him and his rainbow gear, you surely noticed him from his flat out speed. Sean raced his way to six individual moto wins on the day, that’s right… six. The Southern California motocross trainer dominated every race he lined up for, including his 20-minute Pro Open (125-450) races. When the dust settled, Sean left State Fair MX with the overall victory in the 30+ Pro, Pro 450F, and Pro Open classes.

Prior to race day, round six of the Stacyc Gromcross went off Saturday night on the newly tamed down supercross track. Youngsters were all smiles as they got to race their exciting electric bikes on a unique course at State Fair MX. We were on-hand to capture all the action, so make sure you check it out in our recap video!

Mini Major East by @sevenmx_ is coming to @monstermountainmxpark Sep 10-12 and we have just opened pre registration! Lots more info and a full post on the Swapmotoraceseries.com site tomorrow! It’s going to be epic! #minimajoreast ...

Check out this post from our friends @glenhelenraceway and make sure you know how to get in July 12-24. 👍 ...