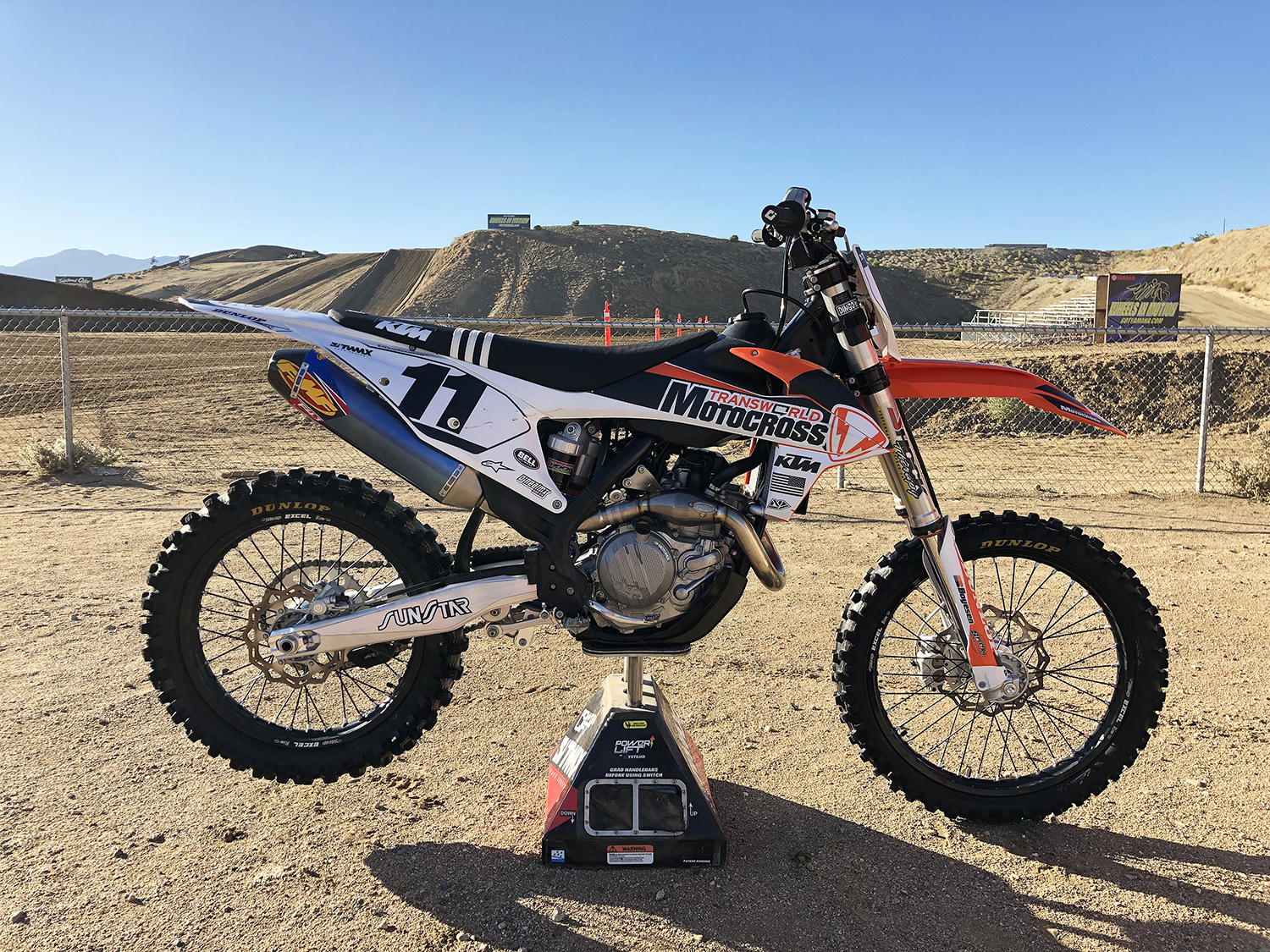 When we took delivery of the 2019 KTM 450 SX-F, we already had an idea of what to expect from the orange machine based on the ’18 Factory Edition model. We knew that KTM had made some changes throughout and were very surprised to find that the motor of the ’19 was not as violent as in years past.

After putting some hours on the stock bike, it was time to take the bike in for a tune-up so we dropped our bike off at KTM headquarters in Murrieta to have head media technician David O’Connor give it a once over. While he was going through the bike, he also bolted on an FMF Racing KTM Edition Factory 4.1 RCT titanium anodized full system with carbon end cap. This system can be purchased through KTM’s massive online catalog, or through your local KTM dealer. 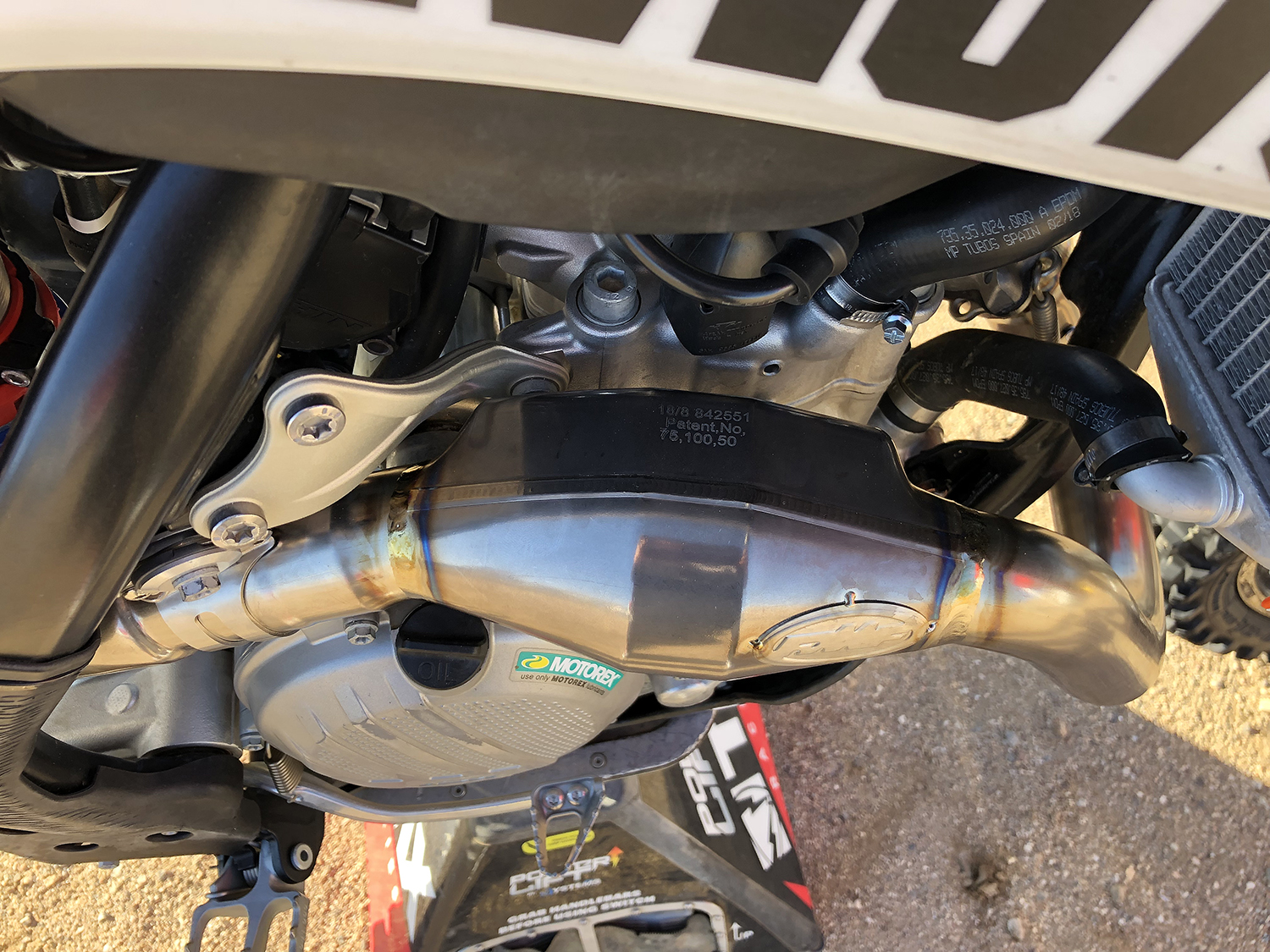 When we picked up our test bike, the look of the titanium and carbon system caught our eyes immediately. For those of you that are more concerned about looks over performance, there is not a better of a visual setup than the FMF and KTM system. We, however, could not wait to get it out on the track and see if it added more punch to the orange machine. For an initial test, we went out to Glen Helen Raceway and took advantage of the elevation that the California facility offers. Just firing up the machine, we knew we were in for a treat. 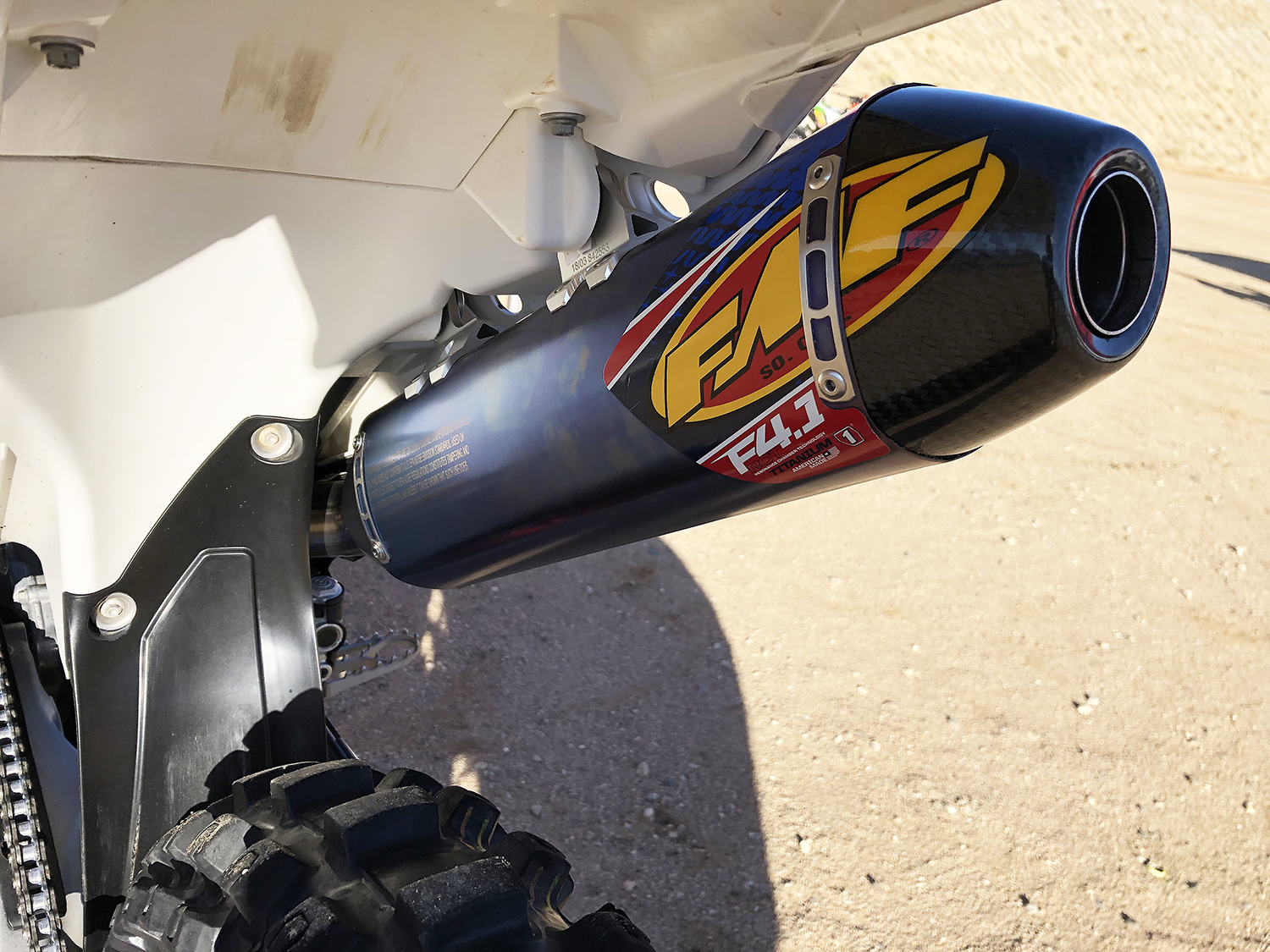 In stock condition, the 2019 KTM 450 SX-F is arguably one of the fastest bikes in the 450 class, but as we mentioned before, the 2019 model seemed to lack that massive punch of previous years. During our initial laps, we noticed right away that this bike was now the complete race weapon for all.

Power was very smooth and not arm-jerking, and it got into the meat of the power a lot quicker than the stock system. While going up the big hills of Glen Helen, the bike seemed to pull forever, no matter what gear I was in. I myself am not a revving rider, I like to lug the bike more, and you can definitely do that with this new system as it boosted power everywhere. 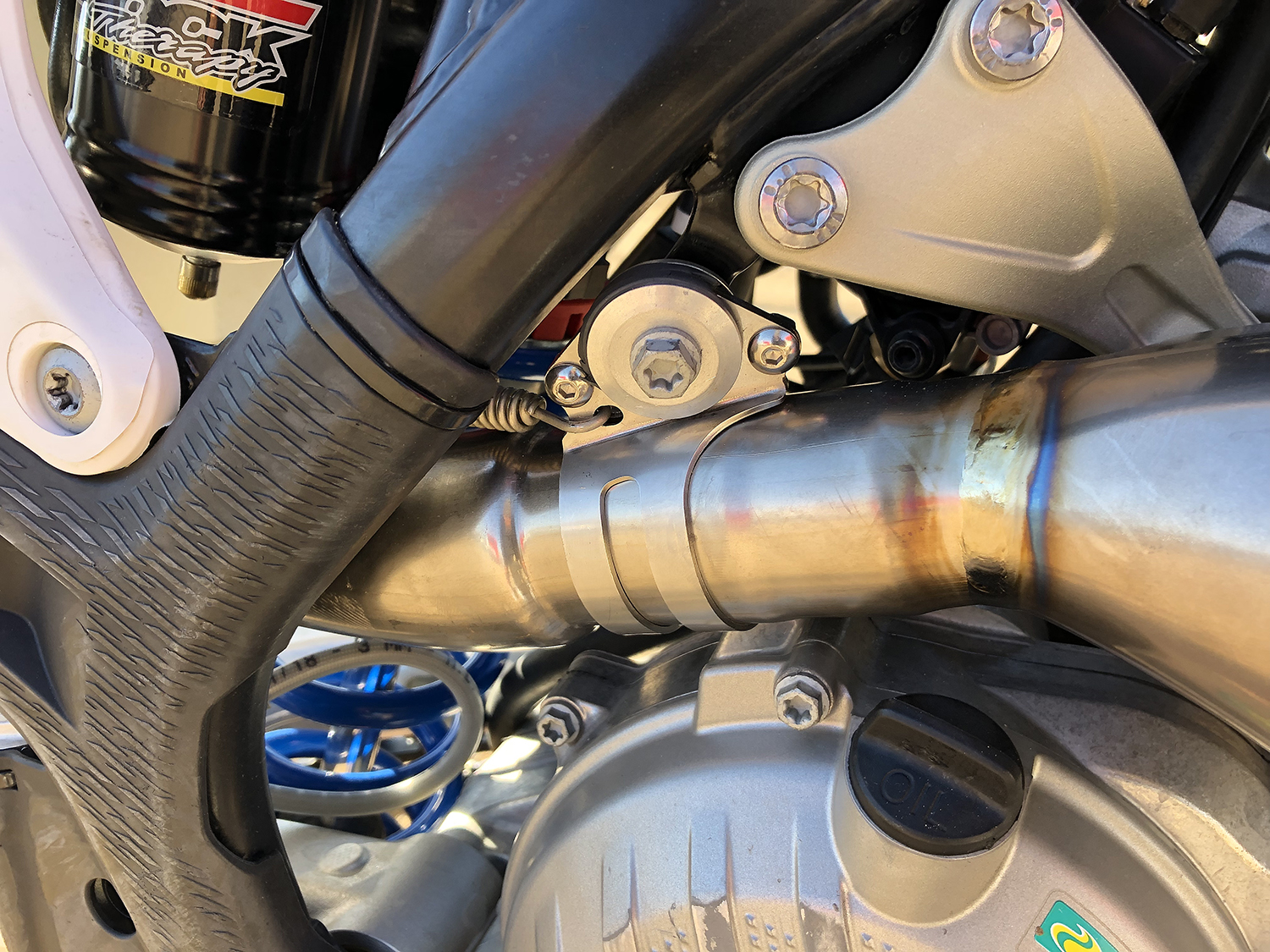 Roll on power was so smooth coming out of turns that I had no worries about the rear tire breaking loose. But once you got it straight, the power range climbed very fast and made the bike even more fun to ride. Since the first day, we have put about 25 hours on the system with not one problem or cosmetic flaw. Overall, the 2019 KTM 450 SX-F is already one of the best bikes you can buy but adding this KTM FMF edition system is something every KTM 450 SX-F rider should look into adding to their machine. 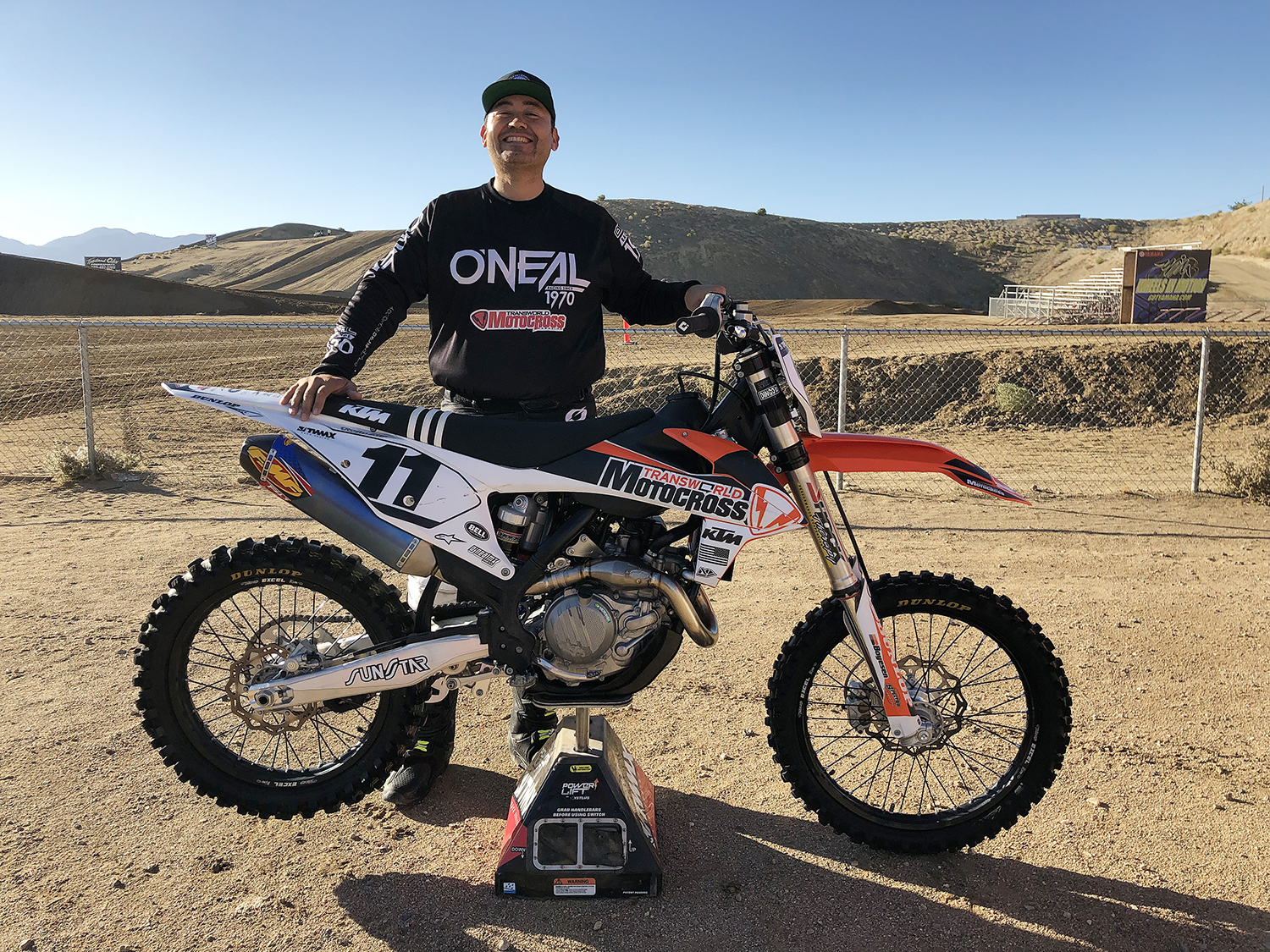 About the author: Dominic Gaytan is the Sales Manager for Swapmoto Live and is a lifelong rider and racer. He practices a vegan lifestyle for ethical reasons, yet has no morals at the start of a motocross race as he is well-known for rolling into the start area and jumping the gate. 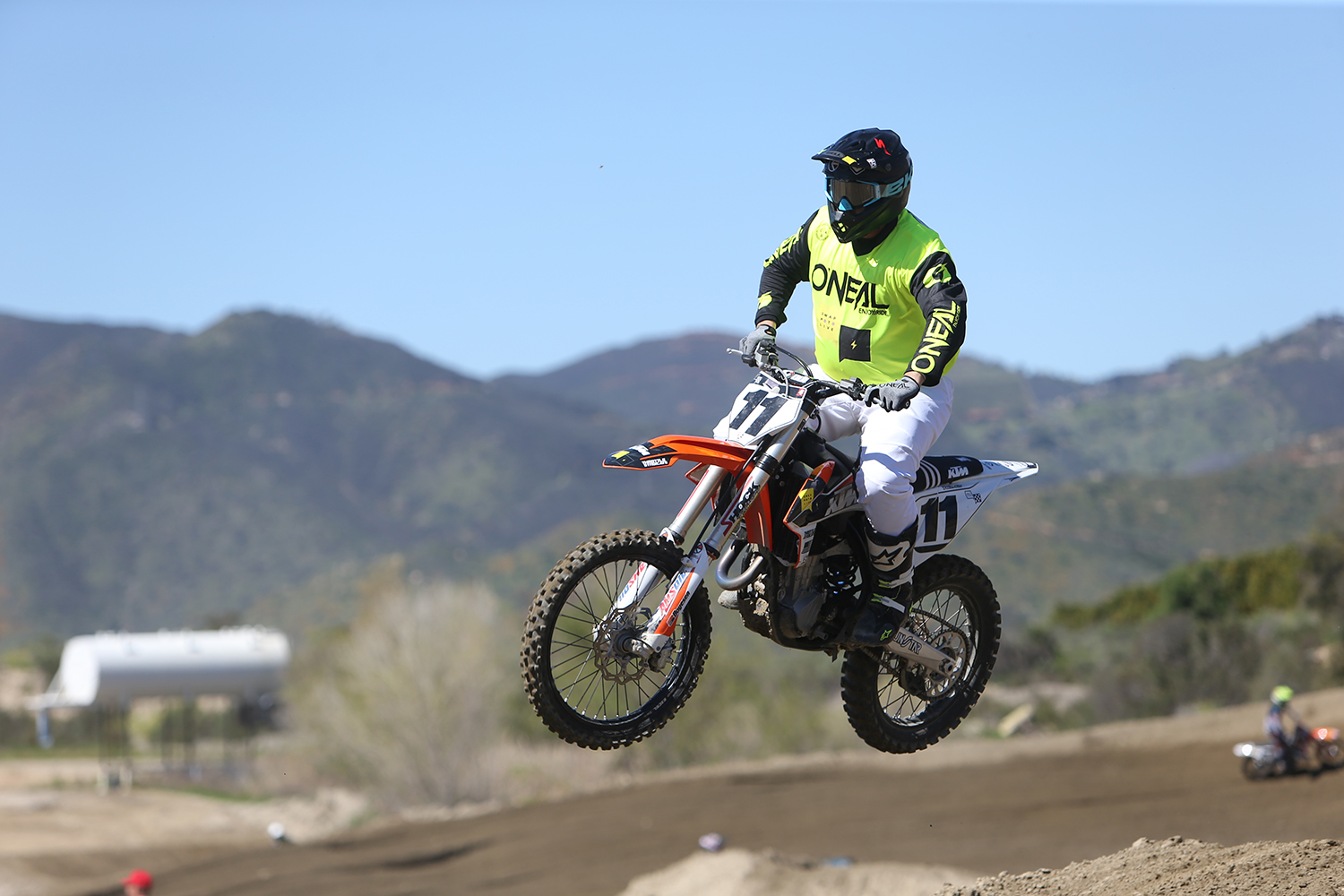