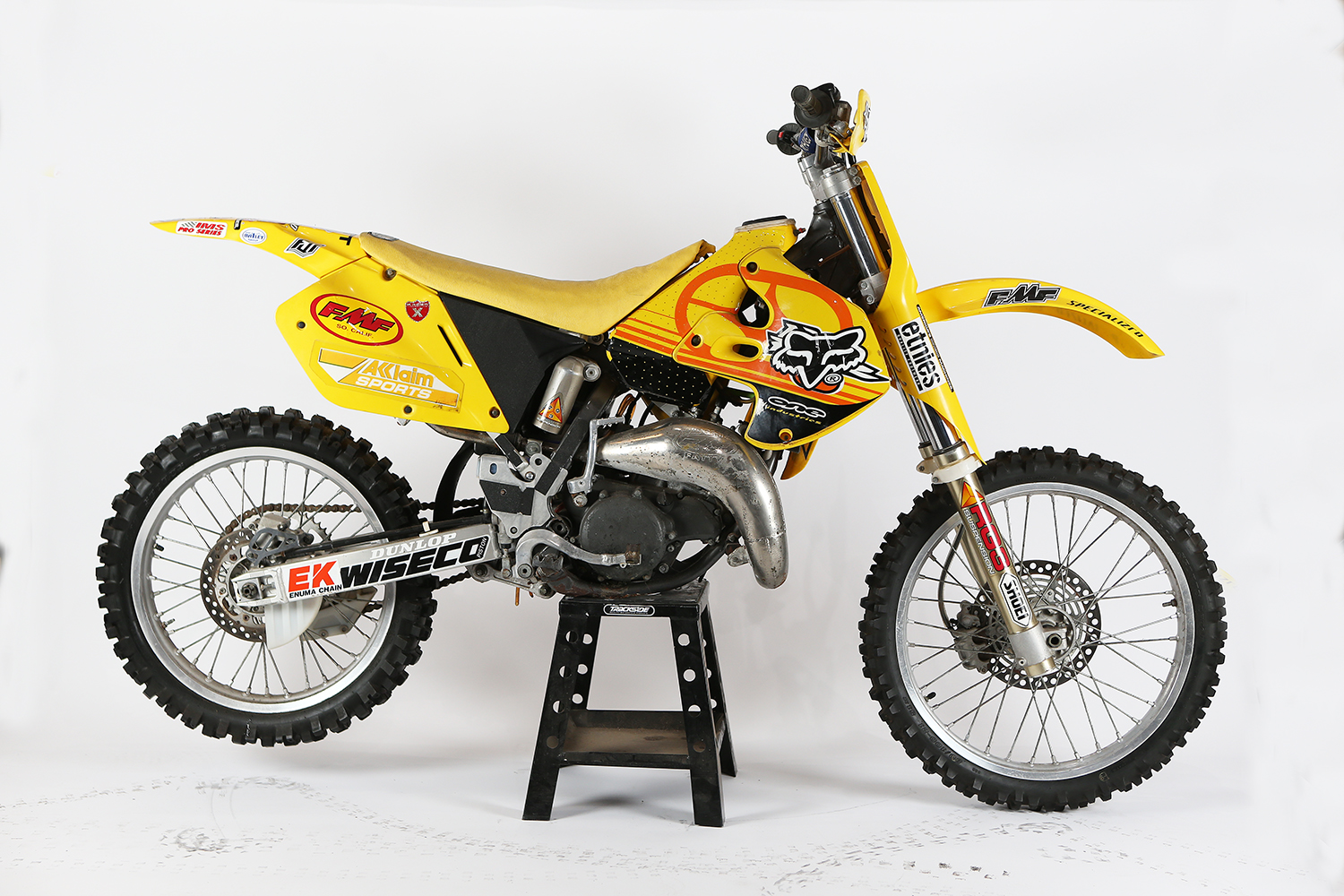 In July 1999, 15-year-old Travis Pastrana swept the MotoX Freestyle competition at the Summer X Games with his hard-charging style and amazing catalog of tricks. Born and bred a racer, Pastrana’s ability to charge the freestyle course in between jumps not only looked spectacular but it also allowed him to squeeze one or two more jumps into his timed run that his competitors. In what has permanently earned a place in motorsports history, Pastrana’s final gold medal run was capped off with what was initially portrayed as a “spur of the moment” launch off one of the course’s berms and into the San Francisco Bay. Truth be told, Pastrana and his team planned the stunt well ahead of time, but no one involved expected the consequences that followed. According to the SF Gate, Pastrana’s team had drained all the oil out of the engine and only filled the bike with two minutes worth of gasoline, but environmentalists were predictably upset about the motorcycle being launched into the bay. Furthermore, X Games spokesman Chris Steipock condemned the stunt as dangerous, as it endangered those in the bay and also X Games employees who were on the dock that Pastrana launched himself over. As a result, X Games awarded Pastrana his gold medal but withheld his $10,000 prize money. The funds were used to hire a salvage team to recover the motorcycle, and the balance went to a charity that specialized in cleaning up the bay. Pete Fox personally paid Pastrana his lost $10,000 in prize money.

Today, Travis Pastrana’s legendary 1999 Suzuki RM125 is housed within the Fox Racing headquarters in Irvine, California. The machine was retrieved by a dive team in the days following the X Games and delivered to Fox Racing in its previous location in Morgan Hill, California. “The bike was pulled out of the bay and delivered to us, as Pete Fox bought it,” says Fox Racing’s Mark Finley. “As far as I know, it wasn’t so much as washed off.”

And it appears as if that was certainly the case, as the bike is now completely seized up…with practically every moving part on the motorcycle completely frozen solid. The front wheel is permanently straight as the steering head bearings are rusted solid, and neither wheel will spin as the same goes for the wheel bearings and especially the chain. It seems fitting, however, that the bike is in a permanent state, frozen in time if you will.

“For me, that whole event was definitely at the pinnacle of motocross in action sports,” remembers Pete Fox. “It was huge back then. When you think of the impact that moto and action sports had on youth culture globally, it was amazing. That X Games was the closest it had ever been to the Fox Headquarters in Northern California, and Travis was doing things at the time that no one had ever seen. It’s crazy to think that at the time, no one had yet attempted a backflip.

“I remember that when I arrived at the venue that day, some of Travis’ team pulled me aside and told me that he was going to try and launch off a berm and do a backflip and land in the bay and that we had to coordinate a boat to pick him up afterward. Travis was young – heck, we were all young – and though Travis’ safety was a concern of mine, none of us ever thought it would cause the sort of trouble that it did.

“So we got a friend to get a boat out there, and Travis put on a life vest underneath his jersey. A few photographers and cameramen knew it was coming, and Travis actually didn’t even come close to pulling off a backflip. I think he just got upside down and jumped off the bike. Even after I grabbed him and pulled him out of the water and got him back on land, we never really thought about the bike and it being at the bottom of the bay. We weren’t really thinking about the bike going into the water and the effect it would have on the ocean; we were just thrilled and high-fiving about the whole stunt.” 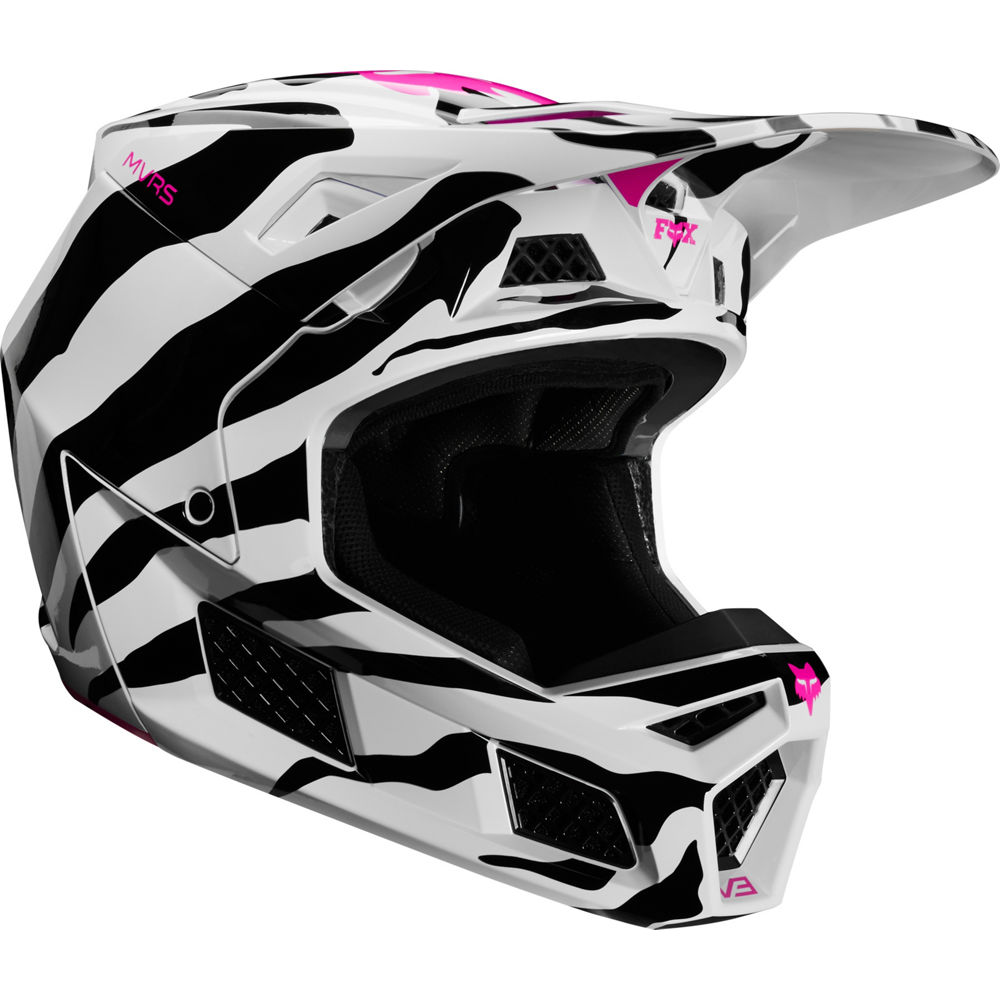 Introduced last month, the all-new Fox V3 Helmet boasts a wealth of new design and safety features that make it stand out from other premium off-road motorcycle helmets. At the heart of the new helmet is an all-new MCT (multi-composite technology) shell that comes in four shell sizes, and is paired with a Varizorb EPS liner, which features multi-density foam to help disperse impact energy more efficiently thanks to its cone-shaped injected design. To address the dangers of rotational impacts, Fluid Inside technology is incorporated into the inside of the helmet, between the EPS and comfort liner. The fluid pods are designed to mimic the cerebral fluid that protects your brain from coming into contact with the inside of your skull, offering both linear and rotational impact dampening. In total, seven Fluid Inside pods are spread throughout the helmet to help disperse impacts in a crash. Another unique feature of the new V3 helmet is its two-piece construction. While the main shell is traditional in design, the entire eyeport and chinbar is a separate piece, dubbed The Cage. Made of composite materials, the piece is designed to offer impact energy management than a traditional one-piece design. The entire helmet is extensively vented, with massive ports that are protected by injected mesh screens. Finally, Fox’s patented MVRS magnetic visor system is incorporated. Designed to detach on impact in the event of a crash, the system helps guard against snagging on the ground and mitigate external rotational forces.

The all-new V3 definitely looks unlike any other motocross helmet. In fact, it looks much like the Rampage Pro Carbon mountain bike helmet we’ve come to love. What do we think of the new moto helmet, though? Having given it a thorough and complete test (unfortunately?) by suffering a massive crash in it on our first day of riding in it, we can confidently give it a two thumbs up review.

But let’s get to our pre-crash impressions, first! The new V3 fits very well, and we encountered none of the pressure points that we initially suspected that we might from the Fluid Inside pods. Instead, the helmet slips on nicely and has a soft, luxurious feel inside against your head and face. Unlike the previous V3, the new helmet has a deeper fit, and the chin bar offers plenty of clearance for your face. The previous V3’s chinbar felt close to our face and had a much different feel. We love the fit of the new helmet, and it offers a great field of vision and accepts all goggles well, even the current trend of oversized goggles from other manufacturers.

Ventilation is amazing in the V3, as air flows through the massive vents and cools your head. On cold days, we found ourselves actually cold inside the V3! As one might expect, more sound reaches your ears due to the generous venting, but that is something that only takes a few laps to grow accustomed to.

The MVRS visor is not adjustable, but the height of the visor seems just right for the majority of riders who will race in it. Trail riders might wish for a lower setting, but the standard location is proper! The MVRS is more sturdy than it was on earlier helmets, and it takes quite an impact to dislodge the visor. But, we can state from experience that it does indeed detach on impact.

The crash we had in the new V3 was pretty significant. (Switch to a first-person account, here.) An overdose of throttle in a dry, slick corner sent me into a violent high-side, and I slapped my head onto the hard-packed SoCal dirt with such force, that it rendered me kookoo for the better part of an hour. A trip to the ER for a CT scan revealed no bruising, bleeding, or swelling of my brain, and I was released with a clean bill of health and a prescription for pain killers. Initially, I was bummed out about suffering a mild concussion in the new helmet, but a few days later I connected with Mark Finley from Fox Racing and got to take a look at my crash-damaged lid. The damage done to the helmet made it obvious that the impact it protected me from was pretty damned big. Having more helmet-smashing experience than I’d like to admit, I can honestly say that the V3 likely saved my life, and I would have suffered a mild concussion at best in any helmet I could have been wearing. The brunt of the impact was in the right forehead area, and the EPS was compressed to the point that it cracked. The Cage eyeport and chinbar was completely intact, proving that the two-piece design is indeed sturdy enough to protect against big impacts.

Would I ride and race in the new Fox Racing V3 again? Absolutely. Learn more about the helmet in the video below, and see my crash-damaged V3 in the video beneath it.

Is Kyleigh Stallings The Next Girl To Make It In MX?
Chase Curtis August 20, 2021

Is Kyleigh Stallings The Next Girl To Make It In MX?