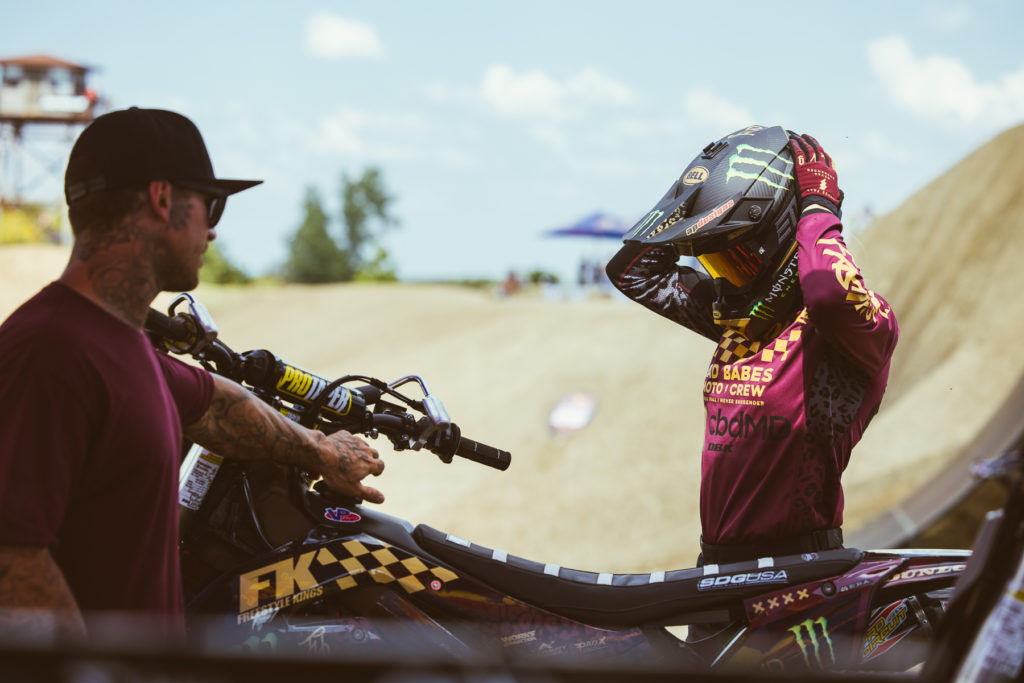 Vicki Golden is one of the best motorcyclists in the world. Yeah, you could add in the fact that she’s the only woman in a male-dominated world, but on the bike, the racer turned free-rider looks like anyone else in the one-percent category: badass. Years spent riding with the massive FMX crew in Southern California and on the Nitro Circus tour have taken Golden’s skills to a new level, and now she’s just as capable of hitting a 90-foot ramp-to-ramp setup as she is ripping laps around the track.

The 2021 Red Bull Imagination event put Golden to the test in every way. After being understandably intimidated by the all-dirt obstacles and jarred after a burly overjump in practice, she took advice from close friends like Tyler Bereman and Jeremy Stenberg, put the issues aside, and strung together a solid competition run.