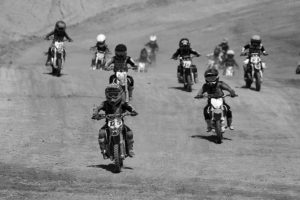 Round two of the AMSOIL DBK West Coast Open race series is officially over, as racing went off this past weekend at Glen Helen Raceway and man, it was fun one! The wind let up just before gates dropped and the perfect temperatures seemed to appeal Southern Californian racers, as hundreds of riders joined us at the iconic San Bernardino, CA facility. The track crew prepped both of the fast and fun courses to perfection, which included a new layout on the main track and a new starting line on the vet track. As the dust settled, hundreds of riders left Glen Helen Raceway with smiles on their faces, as they were able to enjoy a day throwing down laps and doing battle. 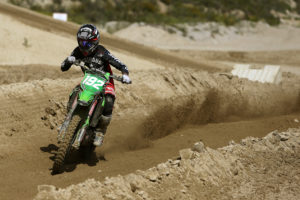 Long-time Swapmoto Race Series attendee JP Alvarez came out to Glen Helen Raceway for the second round of the West Coast Open. The Fasthouse backed off-road racer got it done in both the 250cc Pro and Pro Open classes, as he held off Josiah Natzke and Jason Fichera in each of the four motos. JP left Glen Helen Raceway having swept the fastest classes of the day and laid down arguably the fastest lap times on the challenging course. 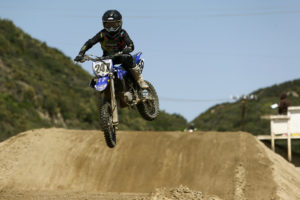 We are just a few short days away from the 2022 Mini Major West, as action kicks off this Thursday at State Fair MX. That said, the youngsters were out in full force at the second round of the West Coast Open, as they logged one last day at the races before heading to the biggest mini exclusive race of the year. Yamaha Factory Amateur Team’s Wyatt Thurman made an appearance at Glen Helen Raceway this past weekend and spun some of the fastest lap times aboard an 85cc. The kid out of Texas managed to earn three individual moto wins and take the overall victory in both the Supermini and 85 8-12yrs Open classes. We’re excited to see how the Yamaha backed youngster does this weekend at Mini Major West!

The Trans Am Vet Classic is this weekend! It’s a race for over 25 year old riders only on a unique layout at Glen Helen used only once per year. The layout uses all the hills on both Main and Vet tracks! We’ve had riders like @ryanvillopoto @jeremymcgrath @joshhansen100 @mike_sleeter @alexray_87 and many more create bench racing memories at this event over the years. It’s a kick back weekend full of riding with your buddies. If you are 25+ don’t miss it! @waltersmbsprinter @ogio_powersports @matrixconcepts @glenhelenraceway @swapmotolive @swapmotoraceseries Trans Am Schedule:

The Trans Am Vet Classic is this weekend!!! We layout a special track with sections on Main and Vet and all the hills! All classes are 25+ years and up. Pre register at www.swapmotoraceseries.com @ogio_powersports @waltersmbsprinter @matrixconcepts @swapmotoraceseries @zingginc
Friday
Open Practice 11-2pm
Father Son Race Mini and Big Bike Class
2:30 start
Gates close at 8pm

The Mini Major West by @sevenmx_ is in the books! Make sure you save the date for future rounds and don’t miss a single stop! Please make note we did move the Championship date @freestonemx by one week to help with a local race event conflict. Next up is @monstermountainmxpark on the Mini Major a schedule. 🤘

That’s it!!! Another amazing and shocking Seventh Anniversary Mini Major West by @sevenmx_ in the books!!! This year was incredible and unique in many ways. Congratulations to all those who went home with trophies and for those who’s weekend may have ended early we hope for better luck next time. Tons of coverage coming on www.swapmotolive.com so stay tuned! Tag us in your stories so we can see your experience and re post. 🤘

Saturday we will race until #15! Championships will be rewarded between race 9-15. Top three riders will need to meet at the podium 15 minutes after the race is concluded. Sunday we will start with race 16-30 then 1-8 to complete the Championships!