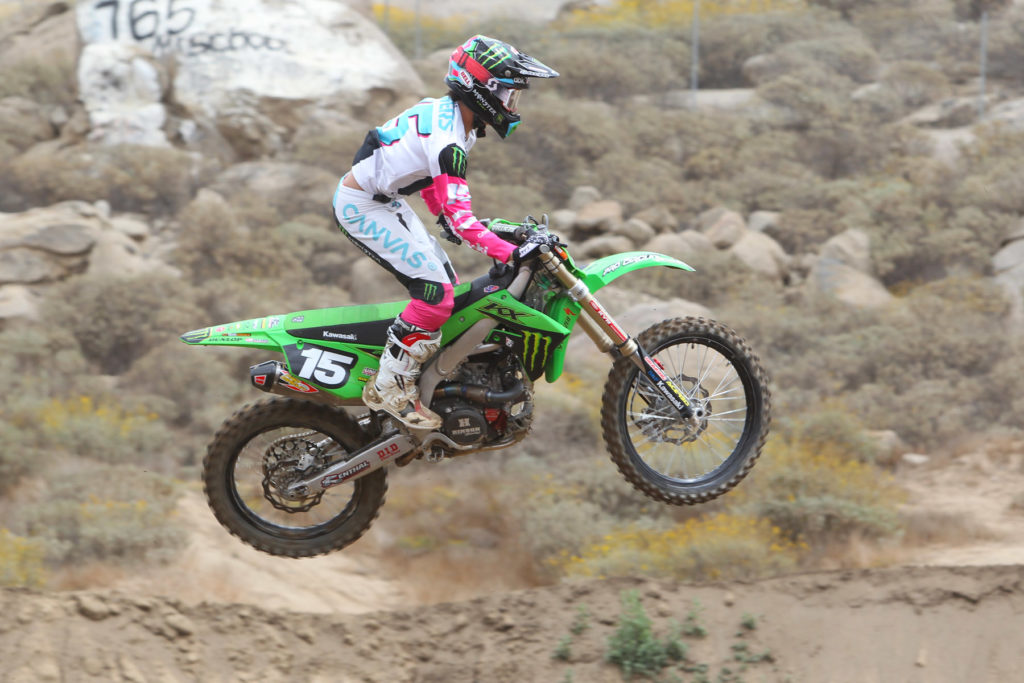 Gavin Towers sails through the air of Perris Raceway.

A capacity crowd filled the pits of Perris Raceway for the fourth round of the West Coast Open Series.   Both tracks had very full gates throughout the day as the points battles heat up with one round remaining in the series.  There were also other races getting back onto the gate to prepare for the upcoming Trans Am Vet Classic at the end of the month.  Perris Raceway was prepped perfect to kick off the day and the track crews kept water on the track to keep it in the best conditions for racing. 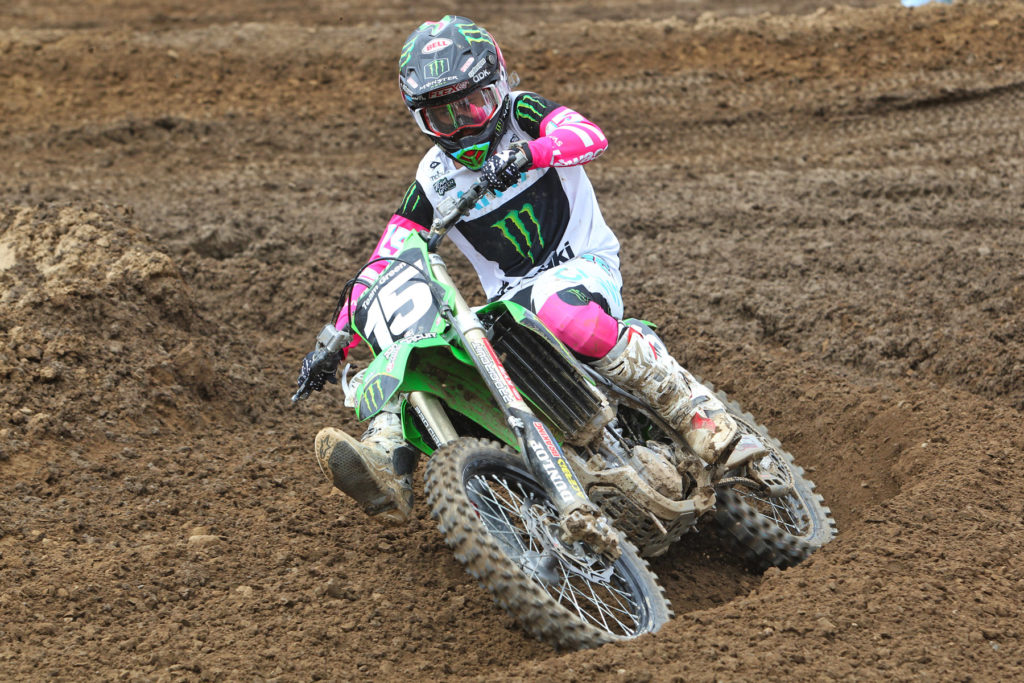 Gavin Towers had a big lead early in his first moto of the day.

Monster Energy/Team Green Kawasaki amateur rider Gavin Towers came out to this round and had a very strong day in the Schoolboy and 250F Intermediate classes.   He took four wins in the four motos to take the overall victory in both classes.   His first race of the day was in the 250F Intermediate class, and right from the gate he grabbed the holeshot and moved out into the lead.   He never let off and had a big lead at the finish line.  The second moto was almost a repeat of the first for the second win.  Riley Ojeda and Riley Morgan battled for the runner up position,swapping 2nd and 3rd place between each other during the moto.   After the second moto, Ojeda got the advantage for second overall with his 3-2, while Morgan ended the day 2-3 for third. 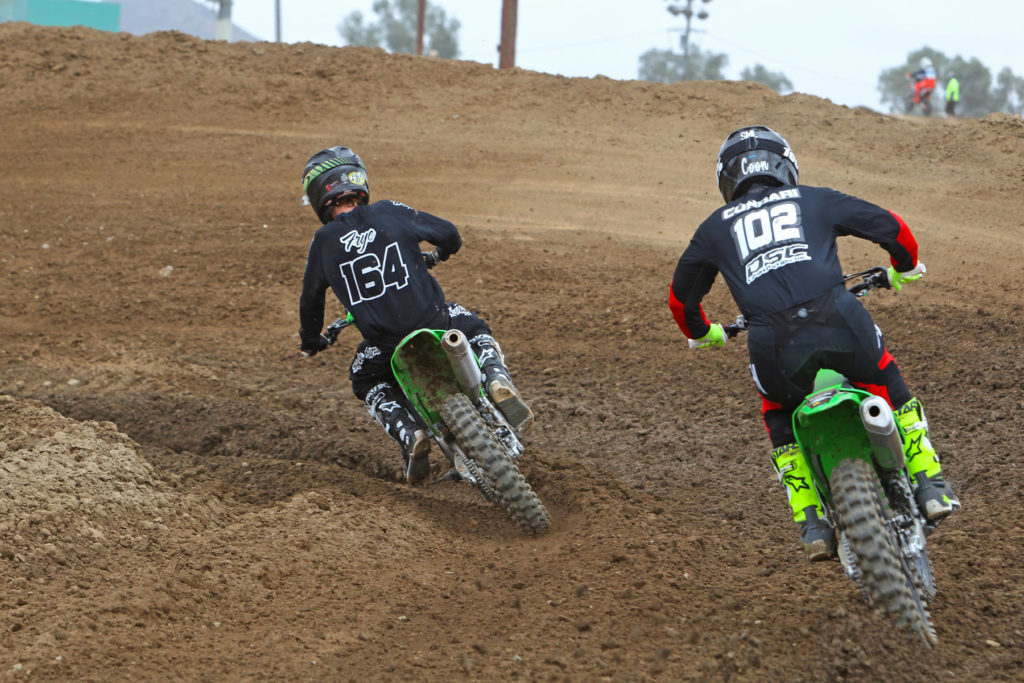 Lucas Frye and Mike Cundari battle in the 30+ Pro class

The first moto of the 30+ Pro class had a fierce battle between Lucas Frye and Mike Cundari.  Frye got the early advantage off the start with Cundari in hot pursuit.   Frye had almost a 1 second lead early on in the moto and Cundari was working hard to cut down that lead.   On the white flag lap, Cundari was pushing for a pass with only a few corners left.  As they approached the finish line, Frye dove into the corner and dropped his bike, handing the moto win to Cundari with only one more corner left.  When the gate dropped for the second moto, Cundari got out into the lead, not wanting to have to work like the first moto.   Once he had a clear track, he slowly increased his lead that got bigger as he neared the checkered flag and getting the second moto win.  The 1-1 gave Cundari the overall for the day, while Frye got second with 2-2 and Loren Pochirowski returned after a short break from racing to take third overall with 3-3 placing. 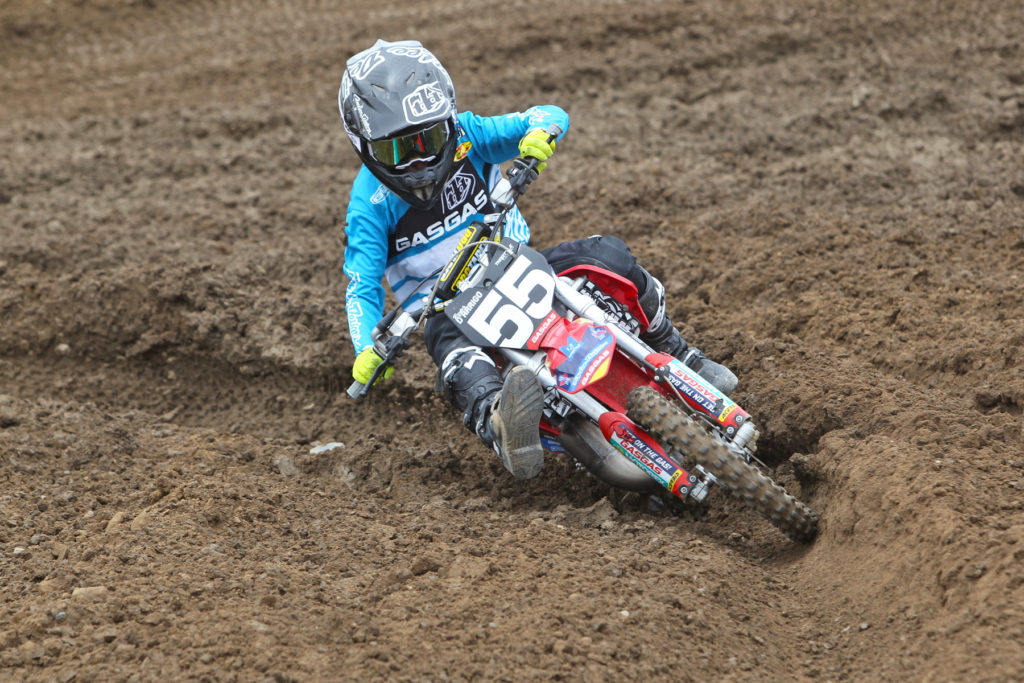 Ryder Darrigo had a successful day at Perris.

Ryder Darrigo has had a strong showing throughout the series and at Perris Raceway he kept that performance on track.   He took home four moto wins to claim the overall victories in the 9-11 yr 65cc and the Open 65cc classes.   Darrigo put his Gas Gas motorcycle at the front of the field in both classes.  He currently has the points lead in both classes, 8 points in the 65cc class and 17 points in the 9-11 yr 65cc class, so another pair of wins in the final round would give him the series championship for those two classes. 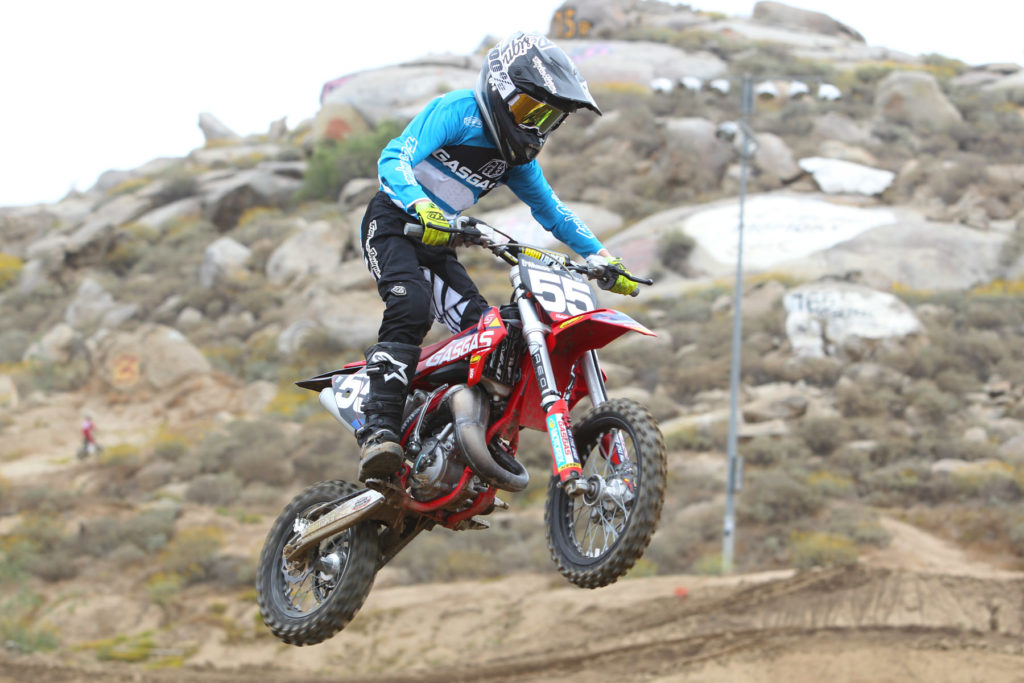