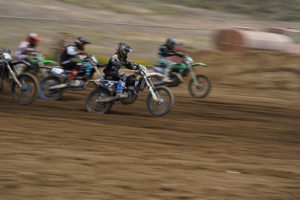 The AMSOIL Swapmoto Race Series rolled into State Fair MX this past weekend for round two of the West Coast Open series. Partly cloudy skis and temperatures in the high-70s made for a perfect day at the track, not to mention two perfectly prepped tracks by the crew at State Fair MX. Over 700 racers filtered through the gates of the Perris, CA facility for an exciting day of racing. Round two of the AMSOIL West Coast Open series was definitely one for the books and we look forward to continue the series in two weeks at Glen Helen Raceway, see you there! 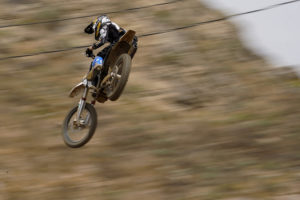 Talon Hawkins has been a familiar face at the Swapmoto race series for many of years, in fact he was our 2018 Mini Major champion. That being said, we’ve been fortunate enough to watch Talon’s journey and racing career develop over the years to where it is currently. 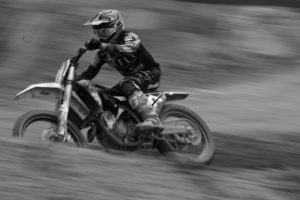 The Rockstar Energy Factory Racing Husqvarna racer came out to State Fair MX for round two of the West Coast Open and did some damage aboard his Rockstar Energy backed FC250. Talon picked up  the win in every moto he lined up for, as he raced to overall wins in both the Intermediate 250F and School Boy (125/250F) classes. Although Dayton Briggs kept him honest throughout the day, there is no question that Talon laid down the fastest laps at round two of the West Coast Open. 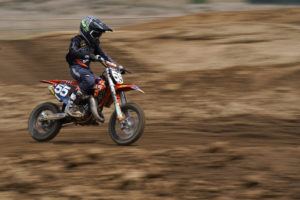 As for the youngsters, yet again the 65cc classes were some of the largest gate drops of the day at State Fair MX. GasGas backed racer Ryder Darrigo came out to round two of the West Coast Open series and took his MC 65 to multiple wins in both the 9-11 years 65cc and Open 65cc (No Beginners) classes. Young Ryder seemed to be unfazed by the 13-rider field in the Open 65cc class, as he charged to the front of the pack with ease in both motos. When the dust settled, Ryder left State Fair MX with four more moto wins to his name. Way to go, Ryder!

Overnight parking reservations for Mini Major West by @sevenmx_ will open next week. We will@post a couple day prior to release. We are negotiating for more space on asphalt. ...

What an awesome event this year for the Mini Major East by @sevenmx_ ! We checked off a lot of our goals this year but we still have a list of things that we’re looking forward to making even better. East Coast MX has a great vibe. We are happy to say that we have committed to returning to @monstermountainmxpark in 2022 and we can’t wait to be even bigger and better next year. Thank you to everyone for coming out.
@sevenmx_
@ridestacyc
@ktmusa
@husqvarnamotorcyclesusa
@monstermountainmxpark
@swapmotoraceseries
@swapmotolive
@swapmotolivedotcom
#minimajoreast ...

The quietest start of the day in the Electric Challenge by @husqvarnamotorcyclesusa and @ktmusa ...

It’s trophy day at the Mini Major East by @sevenmx_ !!! Stoke for all the families who came from all over the country to race with us this weekend. Tag us in all your posts and stories as we want to see the race weekend through your eyes. We will re-post.

Good morning @monstermountainmxpark it’s practice day! For all our new followers on the East Coast make sure and keep an eye on our stories for updates throughout the day. Practice schedule starts at 8am. Practice 1 – Supermini / 85/150f / Age Groups