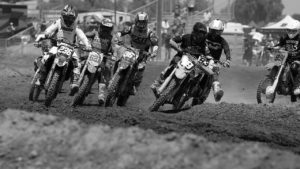 Round three of the AMSOIL DBK West Coast Open race series is officially over after racing went off this past weekend at State Fair MX for the final time, as the facility announced its permanent closure shortly after the final checkered flag waved. Fortunately, hundreds of riders filtered through the well-liked facilities gates one last time and the perfect temperatures and partly cloudy skies provided Southern Californian racers with perfect conditions. As the dust settled, hundreds of riders left State Fair MX with smiles on their faces, as they were able to enjoy a day throwing down laps and doing battle. 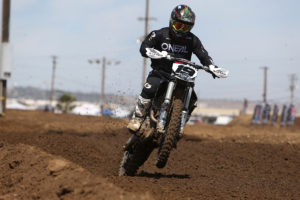 Well-liked privateer Brandon Ray made an appearance at State Fair MX for the third round of the West Coast Open, though, he wasn’t supported with a bike from Team PRMX Racing. Instead, the professional supercross and motocross racer was ripping around a dated Husqvarna FC250. However, the older technology didn’t seem to hinder Brandon’s performances on the track, as he snagged four moto wins in the Pro Open and 250 Pro classes. Along with the results, there’s no doubt in our mind that Ray spun the fastest lap times of the day. 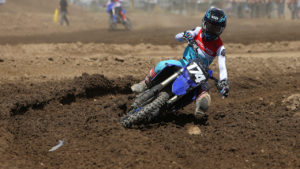 Swapmoto Race Series regular Peyton Marks joined the fun at State Fair MX, as he made an appearance at the Perris, CA facility and contended in three different classes. Peyton caught our attention from the very beginning of the race day, as the ripper out of Ventura dominated in the 125/450 Open Novice/Int, 250 Intermediate, and 125/250 Schoolboy classes. At the end of the day, Peyton left State Fair MX for the final time and this time having added six more moto wins to his name.