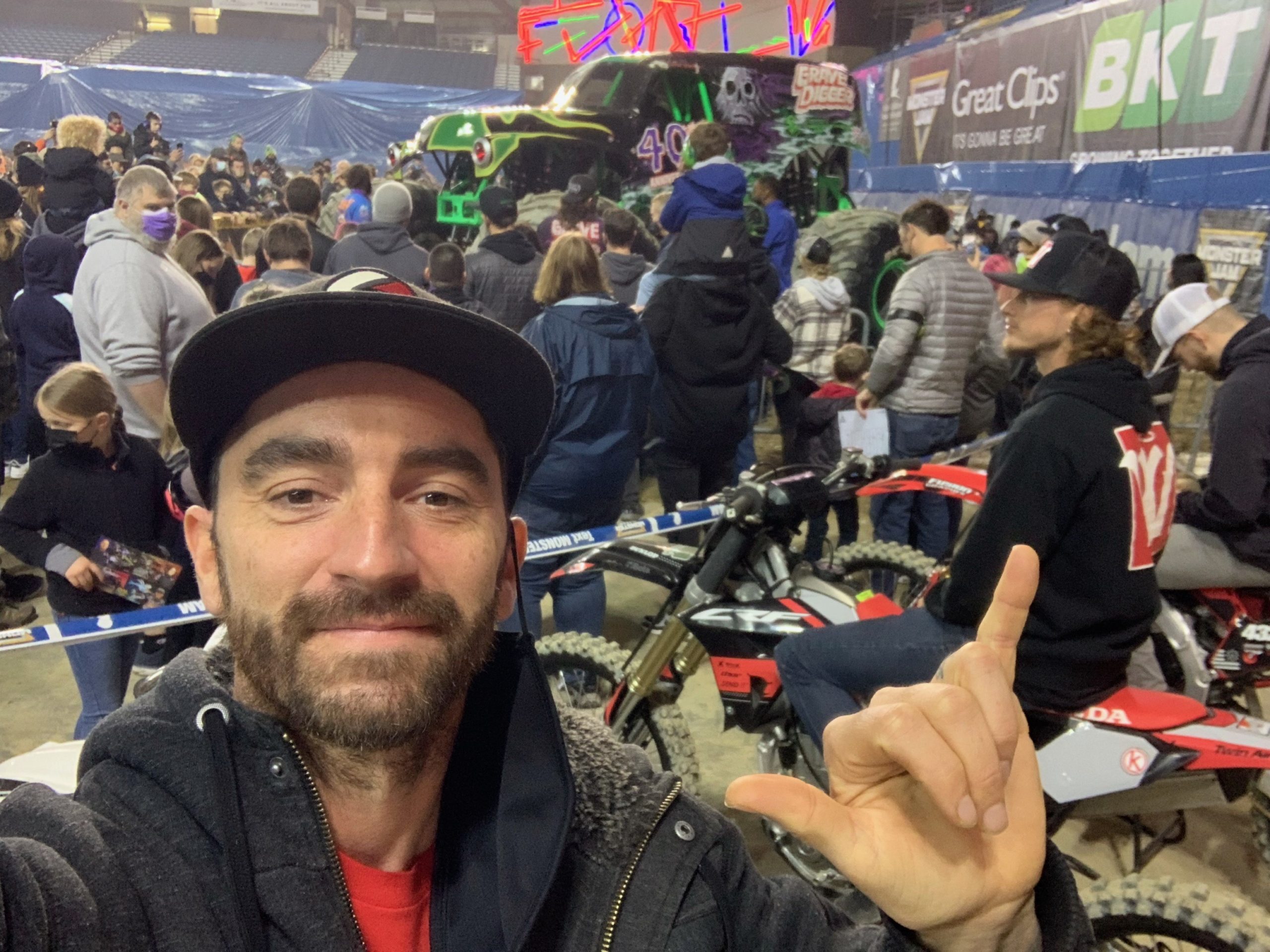 20 YEARS AND TIME FOR HOME
Last month marked my 20-year anniversary as a professional FMX rider, and on that anniversary I had the privilege of riding in the same stadium my FMX career started in. Before I get to that though, I gotta say, it has been a freaking crazy week and a half. Over the last 20 years I’ve spent a lot of my time on the road. I miss home when I’m away, but I know what my calling is and know that if the bills are to get paid, this is how it has to go. Normally I can stomach the days away, but this week I hit a level that seems unmanageable. Part of the reason it seems unmanageable is probably because of its unexpected nature. If you plan on being gone three weeks it’s hard, but if you plan on being gone one week and end up being gone three weeks it’s REALLLLLY hard. My extended work trip started on Wednesday, January 5th, my son got picked up for his time at his mom’s, and I jumped in the truck and headed to Salt Lake City. 20 years ago on the first weekend of January, I was headed to my first professional FMX event…remember that last blog about Mad Mike helping me get started? Well if you remember the story (how could you not, it was so riveting and I’m such an exceptional writer! – heavy sarcasm) that weekend we were also headed to Salt Lake City. So down to the exact weekend 20 years later, I got to go back to the same stadium and Salt Lake City to continue my FMX career…how wild is that! Rather than going any more in-depth into that weekend, why don’t you watch my vlog below so I can skip the details of me watching monster trucks do donuts and standing in an hour and a half long pit parties so we can get to the real story here? For reals though, watch the blog… it’s fun and exciting, and one guy even yard sales right in front of me during one of the trains.
After a long weekend in SLC, I was excited to come home Sunday night and see my family. Kim and her two kids had to head back to the UK for the holidays, so by the time I came home, it would have been almost three weeks since I last saw them. There was tons of excitement for me to wrap up at the Vivint Arena and hit the road at a decent hour to get home and see everyone before bed, but of course…the unexpected happened. The day after Kim got home from the UK she developed full-blown COVID symptoms. What a massive pickle this put me in because I wanted to see everyone, but if I went home and accepted getting COVID I would be out of work for as long as it takes to recover and show a negative test. It could have been one weekend, could have been two, but either way, I knew I couldn’t afford to be missing weekends right now while I have work lined up. How strange also to have a sick wife at home with two kids, and know you have to leave, rather than stay home and help her out while she’s feeling crappy. Strangely enough, though a few hours before Kim told me she had symptoms, Rick from Nitro Circus called me and offered me a gig with Americas Got Talent in Southern California for two days mid-week. Initially, I said no way….I only had three days home that week and I was set on spending them with my family. After Kim developed symptoms though, I called Rick back and asked if it was too late to take back my initial response. Somehow Rick squeezed me back in, so now I had some plans for how to spend my week in limbo. I drove home Sunday night until 10 pm, unlocked the RV, and fired up the heater since it was a frigid 40º inside. How weird to come this far to be home and not be able to see anyone. We waived at the window and Raven left numerous peace offerings like bracelets and necklaces at the door, haha, but that wasn’t the homecoming I was hoping for. I woke up in the morning, jumped back in the truck, and drove another eight hours to Southern California. The warm weather was a nice change of pace, but it didn’t keep my attention off home for long. I had a bag full of mostly dirty clothes, and mostly dirty gear, and six more days to manage smelling like a homeless person. I was in California though so I figured id fit right in. We did two days of work with America’s Got Talent, which was a super cool experience to be part of such a big production, but wrapped at 7 pm Thursday night and I was immediately back in the truck for another seven-hour drive. The F-150 was revved out all the way back to Reno until about 2 am when I jumped out of the truck, and back into the cold RV in the driveway. Two hours of sleep was going to have to be enough because it was already time to jump back in the truck and head to the airport for my next regularly scheduled event in Tacoma WA. As nice as it is to have things going on, and make a couple of extra bucks….damn was I tired. Physically tired, tired of being on the road, tired of living out of my bag and wearing dirty socks, and tired of being away from my family. It’s amazing what just a couple of days at home can do to recharge your body and your spirits, and without that recharge, I am surely feeling like an iPhone on the low power setting…ill make it, but performance is not going to be optimal, haha! 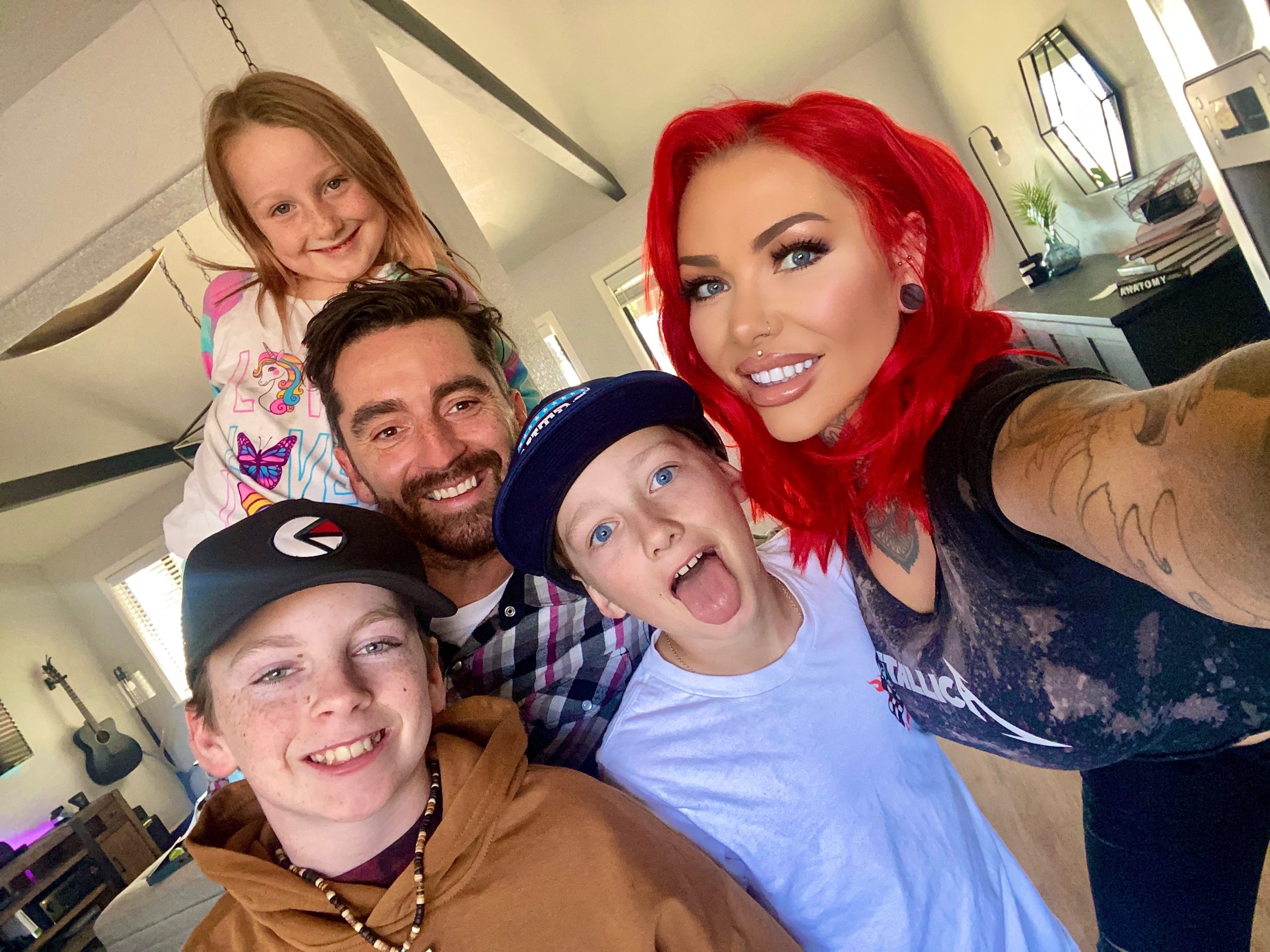 After this weekend is over life will return back to normal. I’ll leave for my two or three days on the weekends, and have the weeks to spend at home recharging and working on my bikes and my riding. So the light at the end of the tunnel is near, I just have to power through a few more days and a few more shows until Monday morning when I finally get to walk into my house, and not just to the motorhome in the driveway. Time to yourself can be good when you’re out working and making your living, but the time has come to go home, and I’m anxiously awaiting it!
Tags: