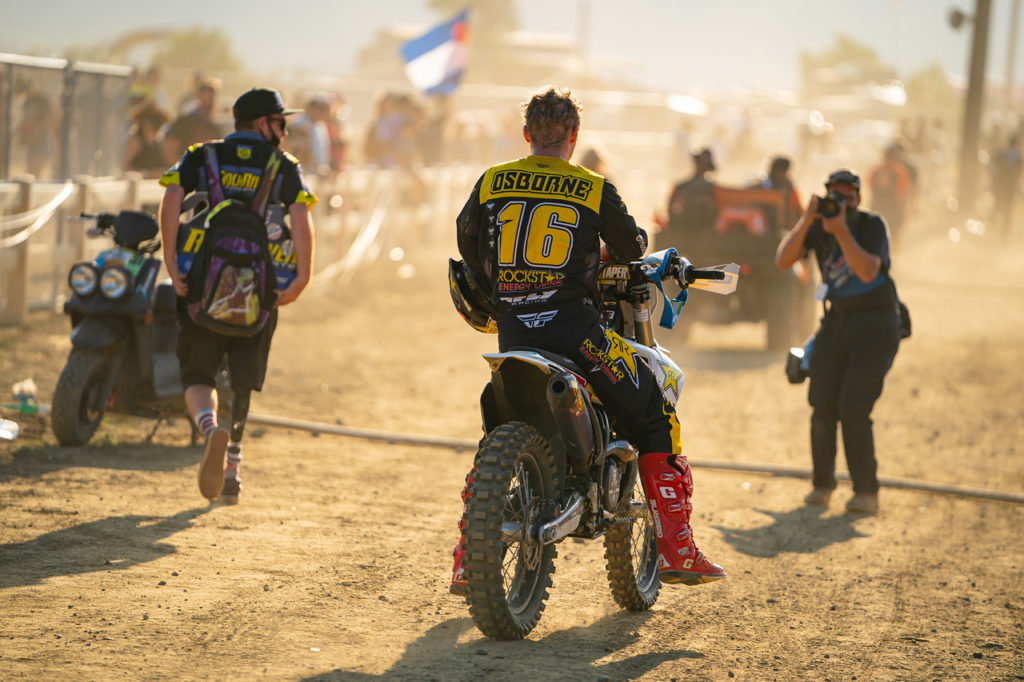 After a very uncertain year, Zach Osborne has announced his retirement from professional motocross, an immediate end to a 16-year career. The multi-time champion cited an ongoing and complicated back injury as the reason for his decision, a situation that caused him to miss most of the 2021 race season and from defending his number one plate in the 450 Class.

Respect for the job and the responsibility that comes with it has been Osborne’s outlook through the ordeal. “At this time, I don’t think it’s really possible for me to continue racing at the highest level and the level that I get paid to be at,” explained the 32-year-old in a video released by Husqvarna. “With that, I think it’s time to retire and call it a day.”

Although Osborne did not race much in 2021, he took on other tasks at Rockstar Husqvarna Factory Racing, including a coaching role with 250 Class competitors Hampshire/Swoll/Robertson and increased input towards the team’s management. The summer granted him extra time to consider treatment options, and after the OEM extended their decision deadline to October 1st, sort out a possible future within the Husqvarna group.

In July, Osborne privately told us he had decided to retire and that the final word wouldn’t come until the conclusion of the 2021 Pro Motocross season. Options for recovery at the time were limited to therapy that could manage the pain or surgery that would restrict his range of motion and jeopardize his quality of life. He seemed even more committed to the choice when we talked at the Western Power Sports sales meeting in August, but by the summer finale at Hangtown, talk within the Husqvarna group was that he’d recommitted to racing.

Osborne spent the first part of October’s offseason putting in practice motos at the 83 Compound (he’d made an amicable split from Aldon Baker’s program), but over the last few weeks, word had circled through the sport that he was again having back issues.

“I’ve tried everything in my power over the last six months to get my health back up to the standard it needs to be to race at the highest level and after just a few weeks of riding supercross at full intensity, I realized it just wasn’t meant to be,” Osborne shared in the Husqvarna press release. 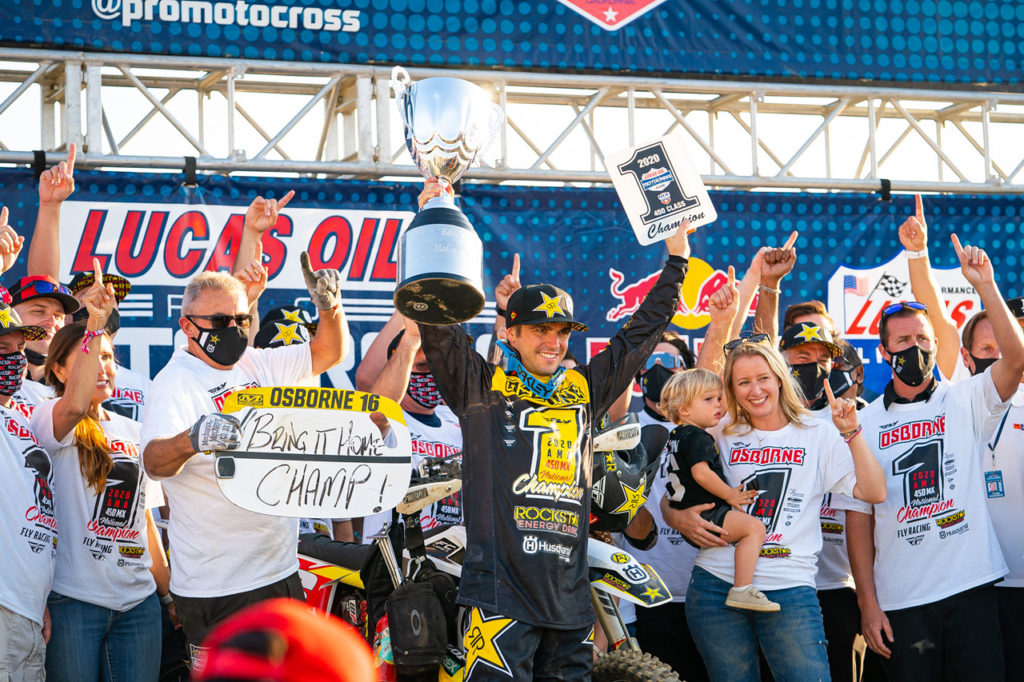 Osborne was closely tied to the KTM Group throughout his career, including time in the amateur ranks that doubled as development for the OEM’s first-ever 85cc motorcycle and the seven-year stint that earned him 250 MX, 250 SX, and 450 MX titles.

Rockstar Energy Husqvarna Factory Racing will continue as a five-rider team in 2022, with Dean Wilson and Malcolm Stewart in the 450 Class while Stilez Robertson, Jalek Swoll, and RJ Hampshire compete in the 250 Class. 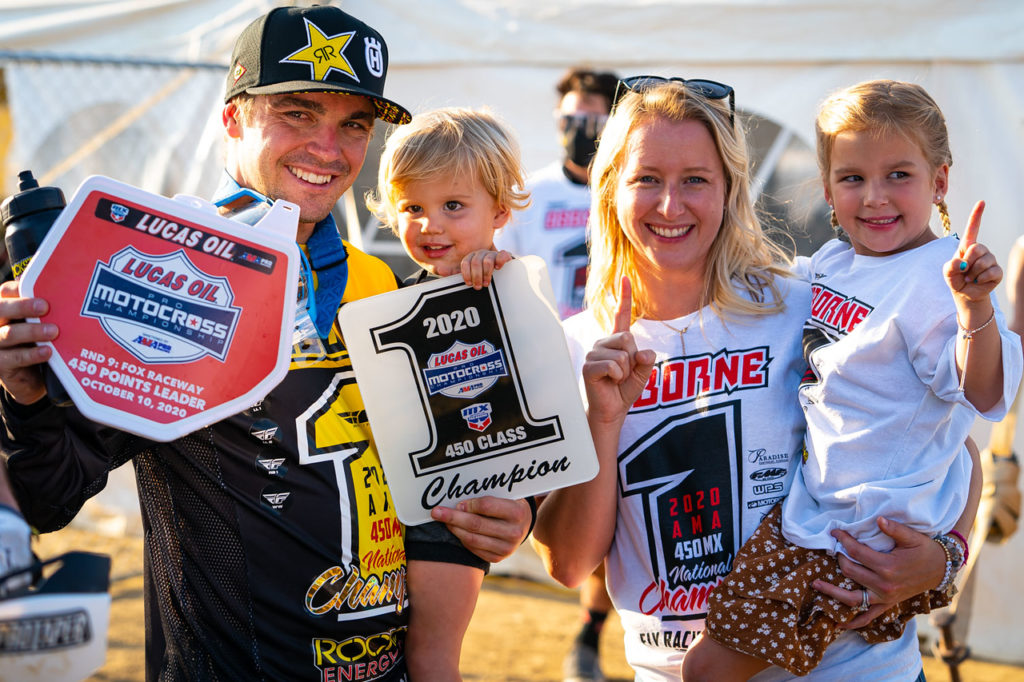 Below is Husqvarna’s complete press release…

Wrapping up an illustrious career spanning over 16 years, Zach Osborne has announced his retirement from professional motocross and supercross racing. Over the last seven years, the 32-year-old has secured four major U.S. championships and countless triumphs with the Rockstar Energy Husqvarna Factory Racing Team and for that, Husqvarna Motorcycles would like to express a sincere thanks to Zach as he moves into his next chapter.

Known for his tenacity and never-give-up mentality, Osborne has established himself as a fan favorite over the years while amassing an impressive list of accomplishments together with Rockstar Energy Husqvarna Factory Racing. Beginning a tenacious run in 2017 aboard the FC 250, Osborne swept both the 250SX Eastern Championship and the AMA 250MX Championship in the same season before returning to successfully defend his 250SX Eastern title in 2018.

He stepped up to the premier 450 class in 2019 and he quickly hit his stride on the FC 450 ROCKSTAR EDITION, finishing on the podium seven times (six in motocross, one in supercross) during his rookie season. He went on to secure his first-career 450SX Main Event win at the Salt Lake City SX finale in 2020 and he set fire throughout the summer claiming the 450MX Championship in what would ultimately serve as his last full season of racing due to an ongoing back injury throughout 2021. Ending his career on a high note with plenty to be proud of, Husqvarna Motorcycles sends a big congratulations to Zach on a successful career.

Zach Osborne: “After 16 years of professional racing, the time has come for me to call it a career. I’ve tried everything in my power over the last six months to get my health back up to the standard it needs to be to race at the highest level and after just a few weeks of riding supercross at full intensity, I realized it just wasn’t meant to be. I’m so grateful for the journey I’ve had as a professional. I’ve met so many incredible people and been a part of some of the finest organizations in motorsports. This was not an easy decision, or one I took lightly, but it was the right decision. I’m forever grateful to my family, fans and teams for their support throughout my time as a professional. In the next chapter, I want to focus my time more on giving back to those who have given to me.”

Stephen Westfall – Rockstar Energy Husqvarna Factory Racing Team Manager: “I’ve had the pleasure of knowing Zach for a long time dating back to his amateur days and it’s been awesome getting to work with him for the past seven years. Zach helped put Rockstar Energy Husqvarna Factory Racing on the map, winning four championships for the brand and being a good mentor for the younger riders. He has had a great career and we wish him all the best in his next adventure.”

Robert Jonas – VP Motorsports Offroad: “Zach’s achievements during his time with the team has really elevated the Husqvarna Motorcycles brand in the USA. He won four championships in AMA Supercross and Pro Motocross on both FC 250 and FC 450 machinery, and without a doubt he was at his very best during the seasons that he raced for us. His career was not a conventional one, but through hard work and dedication, he really emerged as one of the best racers in the world in recent years. On behalf of Husqvarna Motorcycles, I would like to congratulate Zach for everything that he has achieved with us and I wish him well for the future.”

Osborne’s pioneering roots actually began with the Austrian-based company more than 20 years ago as he launched his amateur motocross career with KTM in 1996. A young Osborne became the second-ever KTM Jr. Racing SX Champion in ‘98 before going on to headline the brand’s minibike efforts on the new KTM 65SX. Following impressive results at the national level, Osborne became an instrumental part in developing the new-generation 85SX in the early 2000s, which has significantly impacted the bike’s success over the last two decades.

Zach Osborne | Out For Remainder Of 2021 Pro Motocross