When my wife and I were dating, I bought her a little Honda XR100R so that she could ride with me. We spent many Sunday afternoons riding together and eventually, she even decided to enter a race! Even though she finished third in one of her motos on her mini bike, it was a one-and-done affair as she didn’t like the nerves that came with it. Still, it was super cool having a girlfriend who understood the sport that I love so much.

Eileen in action on her mighty XR100R!

We lived in Altadena, California, back then, across the street from the NASA Jet Propulsion Laboratory, which was nestled inside of a canyon that separated Altadena from La Canada. Down in the canyon was plenty of room to ride a motorcycle – as long as it was quiet enough – and we goofed around down there a ton. I gave Eileen figure-eight drills to do over and over again, and soon enough she was a dang good rider. 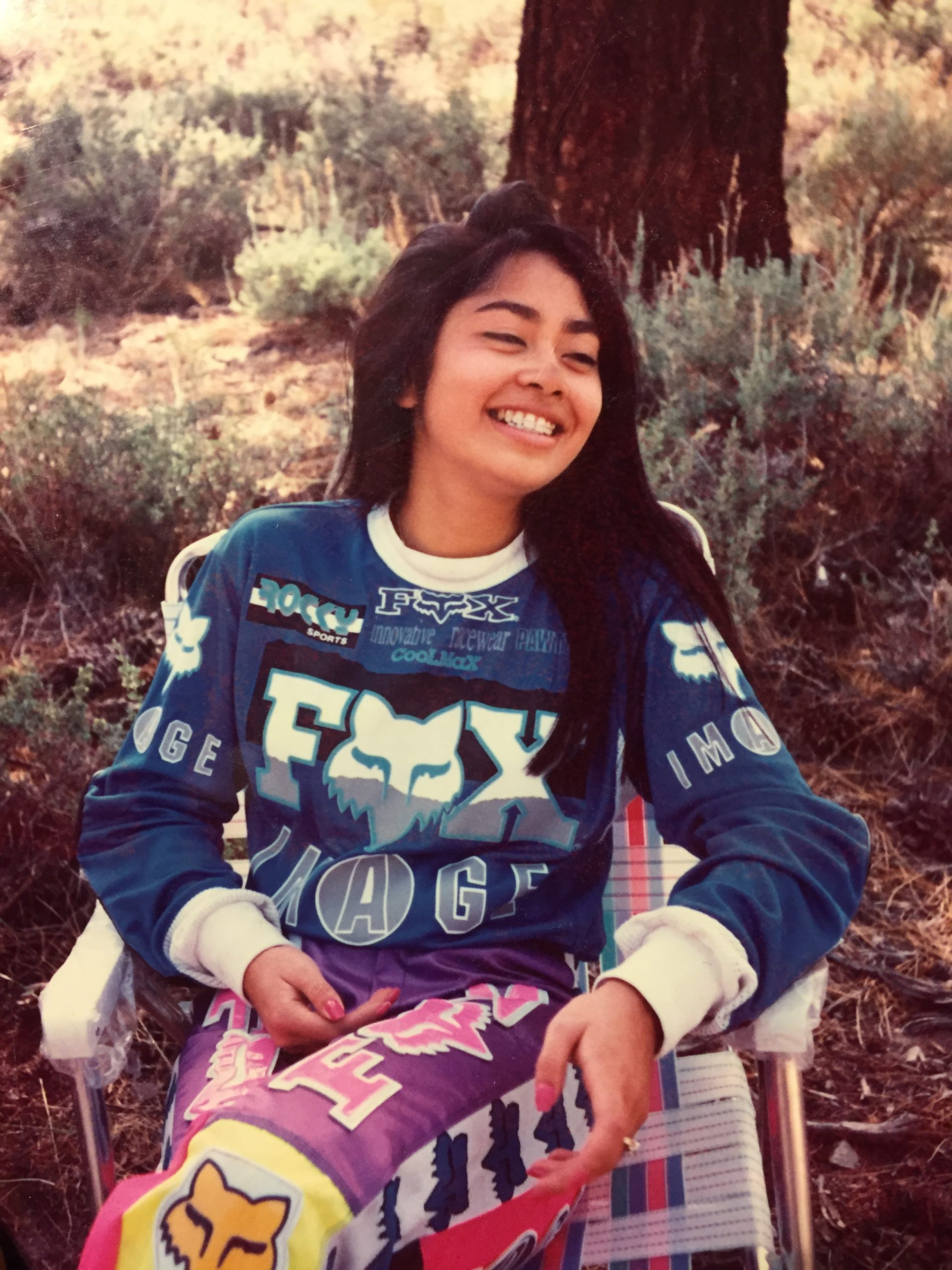 Years later, after we were married, Eileen was hired to do a couple of gigs in the motorcycle industry. The first was the 2000 Kawasaki Super Sherpa brochure that you see at the top of the page. I guess that because it was a small dual-sport motorcycle, the Kawasaki marketing team thought a woman would be best in the brochure photos. The shoot itself was impressive: We met at Irvine Regional Park and photographer David Bush had a van with a special trailer hitch mount that allowed him to sit on the back of the van while his assistant drove it, and snap photos of Eileen as he rode towards him.

Even in 2000, I couldn’t stop laughing when Eileen was handed her “props” – sunglasses that made her look extra Asian and a beige windbreaker. I remember feeling extra proud, watching her navigate the parking lot over and over for photos with complete control.

Things got even crazier a couple of months later when Yamaha called and hired Eileen to ride a scooter through the streets of downtown LA for a scooter commercial that would only air in China…with some little Chinese kid on the back! I wasn’t allowed to attend that shoot as it was a massive production that involved permits, street closures, and dozens of producers, assistants, cameramen, and more. Somewhere in our house, I have a VHS tape with a copy of the commercial on it, and it is a riot! 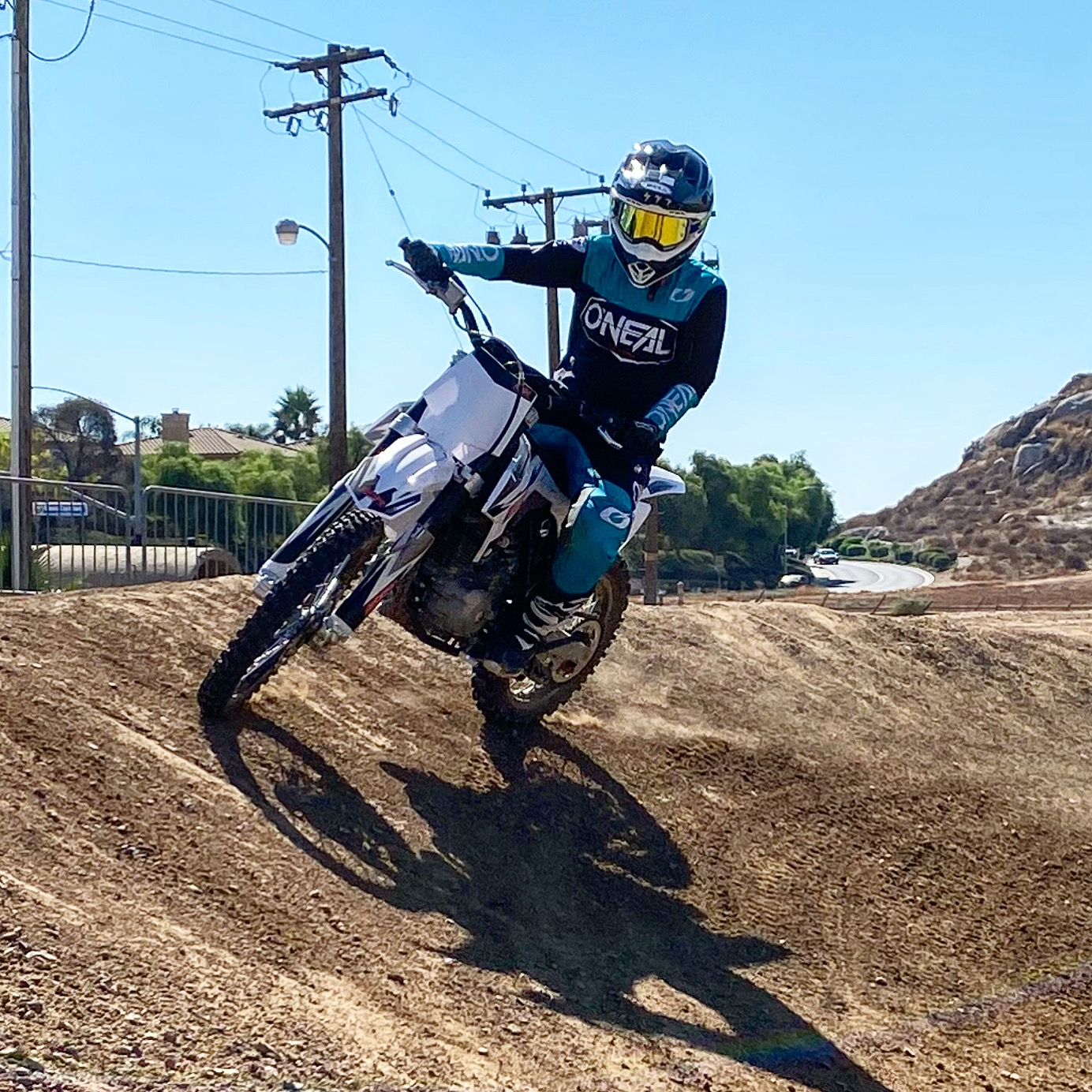 Recently, my daughter Megan has asked me to teach her how to ride. Fresh out of college and cooped up in our home thanks to the COVID-19 pandemic, Meg declared that she needed a hobby to pass the time, and I’ve really enjoyed having her accompany me to the track. Her learning curve has been much steeper than her mom’s…she left the figure-eight drills behind halfway through her first day at the track and she’s moved on to shifting and gripping the bike with her knees. Sure, there’s some anxiety in the pit of my stomach as I watch her ride, but more overwhelming is the sense of deja vu I get when I watch her ride. Okay, who’s got a scooter they need to be ridden for TV? Haha! 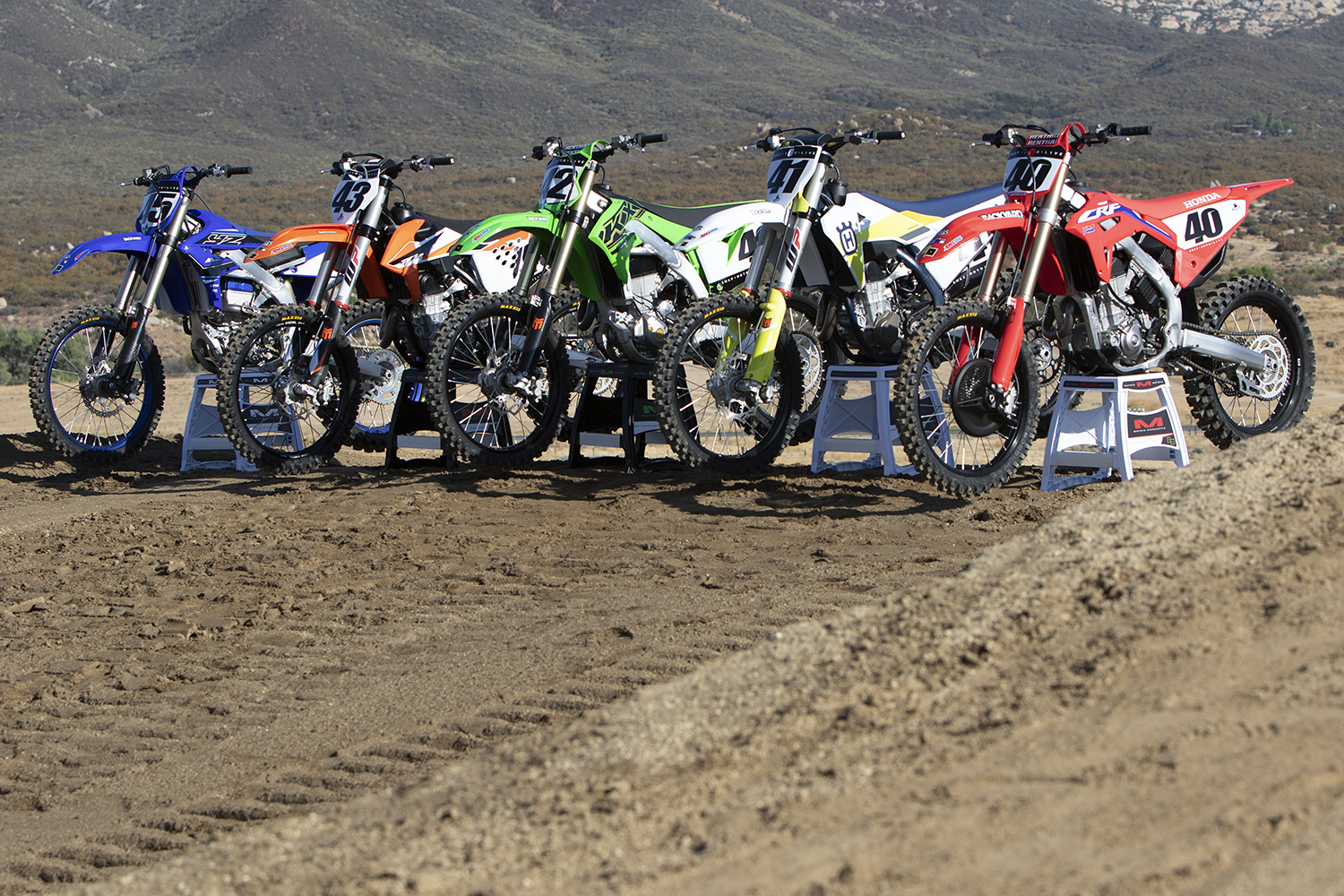 If you’re just looking to add a set of numberplate backgrounds to your bike that perfectly matches the stock graphics and fit like a glove, look no further! When it comes to testing all of the new 2021 motorcycles, we rely exclusively on Backyard Design to supply our numberplate backgrounds, and they are always mint! What’s even better is the ease in which they go on…we installed all five sets – at the track – the morning of our 2021 450 shootout and didn’t need to use a hairdryer or heat gun. Yes, they go on that easily and they last! Look no further than BYD for all your bike graphic needs!