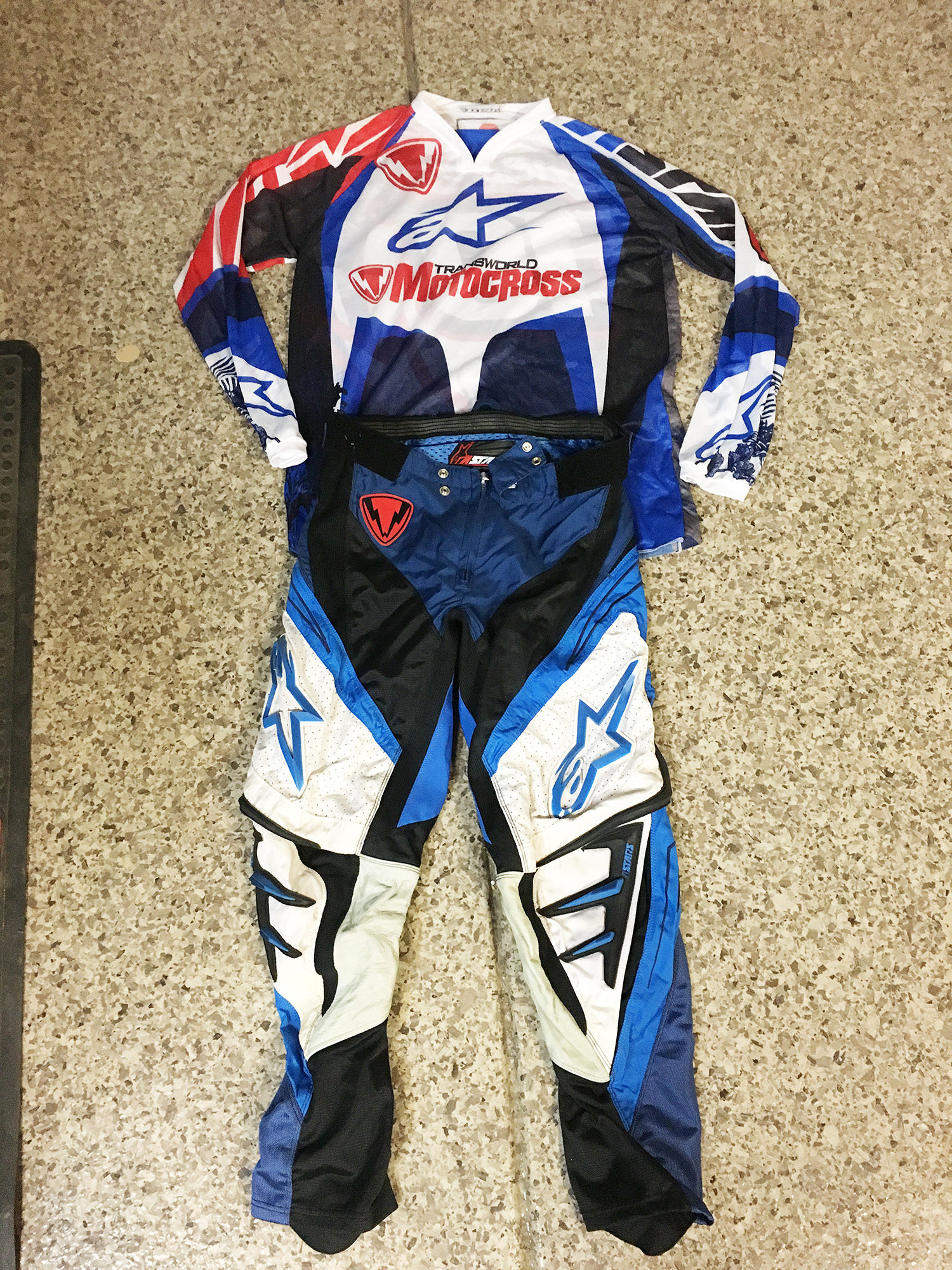 Back in 2007, I got a wild hair up my ass and decided to race the 30+ class at the Loretta Lynn’s Area Qualifier at Comp Park. I had no intention of racing at the famed Dude Ranch in Hurricane Mills, Tennessee, but I went to the race with a couple of my buddies who had their sights set on National glory. And you know what? I won! With that, I decided to see if I could do well at the Regional a few weeks later and to my surprise, I earned a ticket to the ranch with a fourth-place finish. 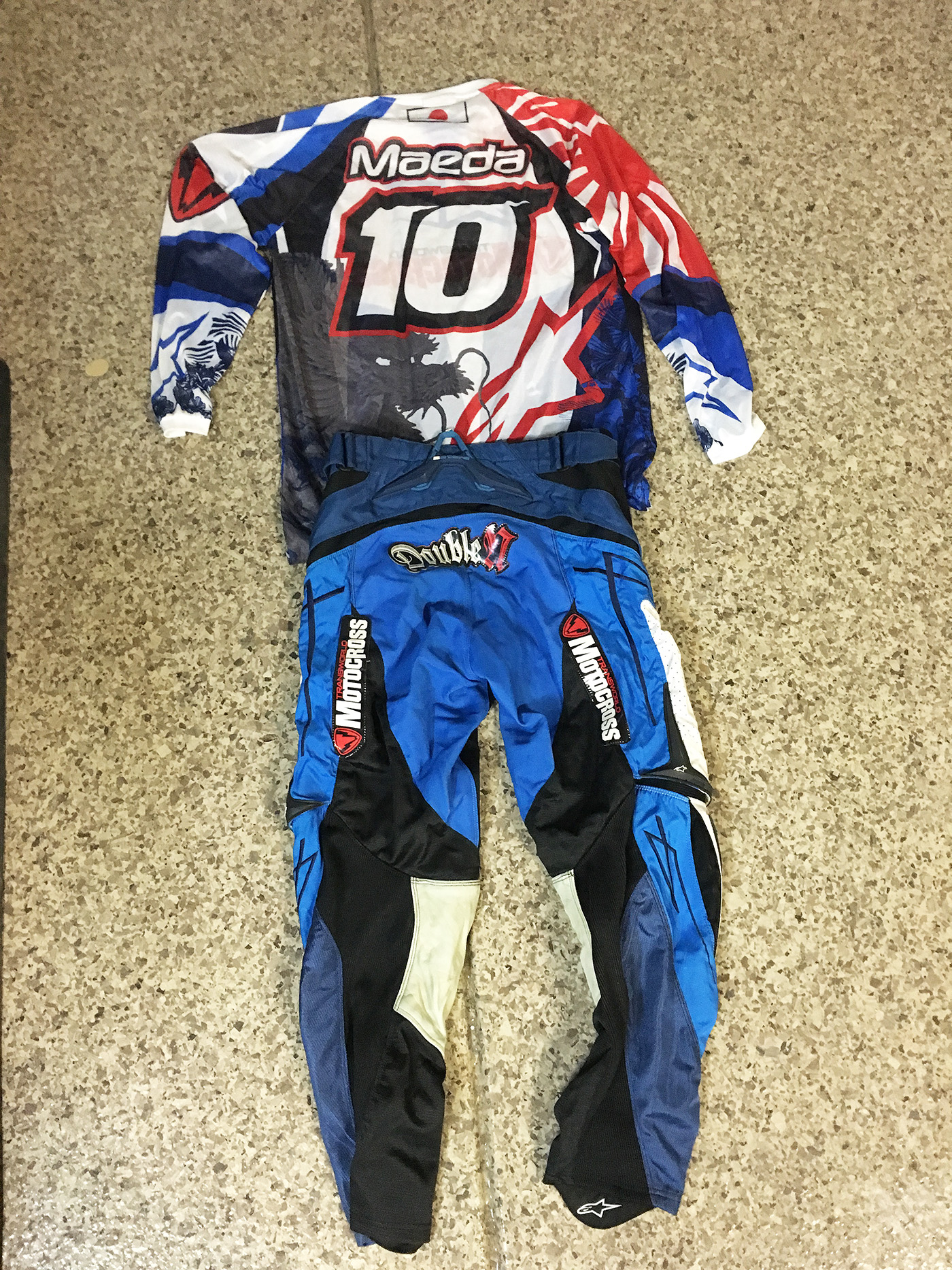 A few weeks before the Loretta Lynn’s Amateur Nationals, I had a meeting with Alpinestars head honcho Gabrielle Mazzarolo to discuss some editorial projects we were working on at TransWorld Motocross, and when I mentioned that I had qualified for Loretta’s he got super excited and asked what boots I planned to wear. Truth be told, the version of the Tech 10 that was current at that time didn’t fit my ankles just right and they weren’t my favorites. Trying to be clever, I quipped that I’d wear Tech 10s if I had the gear to match. At the time, Alpinestars gear was not available for sale in the United States and the only racers who had it were sponsored factory riders. Within a few days, I got an e-mail from an Astars designer with a proposed design. I loved the Japanese theme and gave it a thumbs up. The following week, I was surprised when ten sets – TEN! – showed up at my office. Needless to say, I looked a lot faster than I rode as I raced to 15th overall. Today, Alpinestars gear is readily available in the United States and is equally as cool! 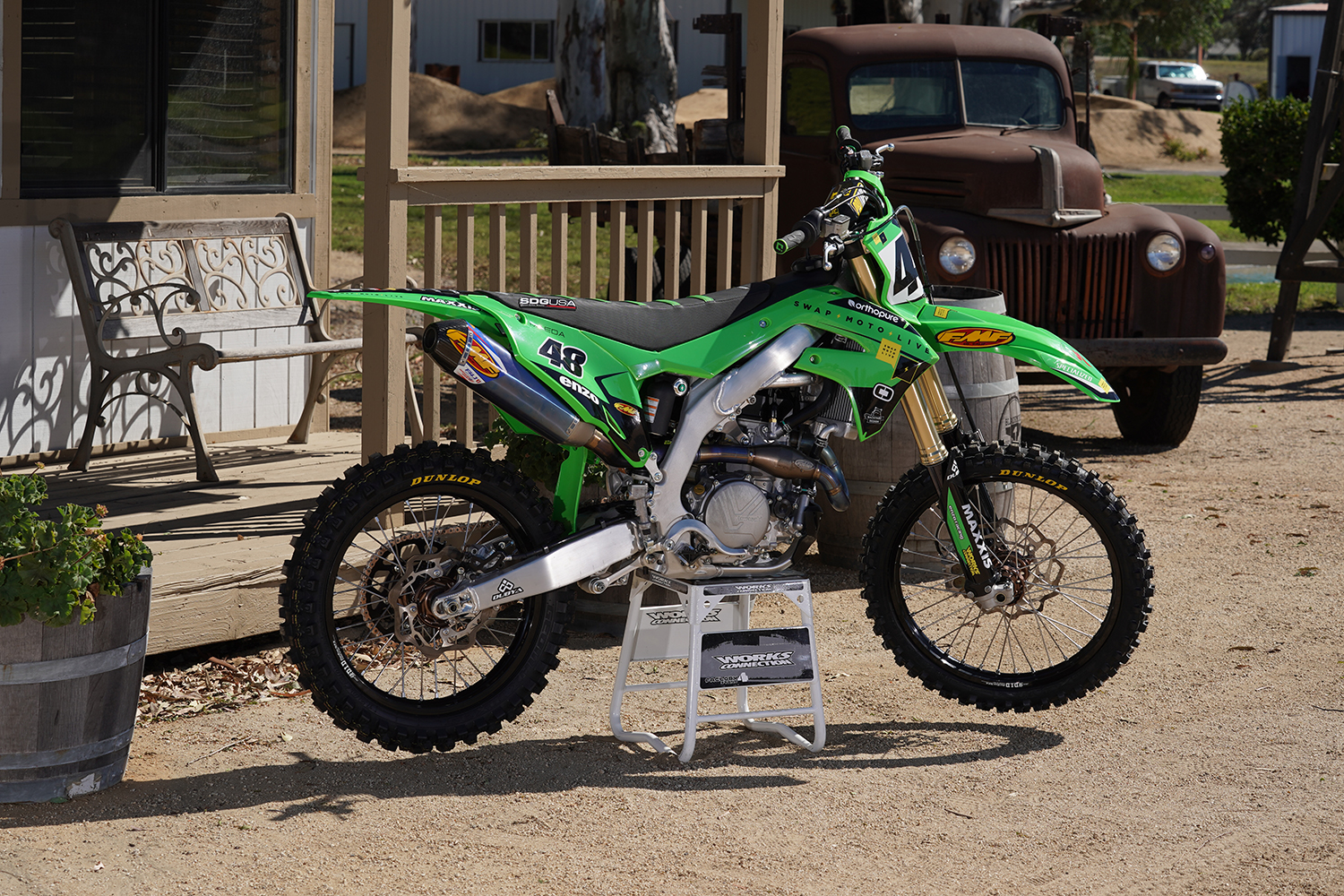 We’ve relied exclusively on Backyard Design for all of our number and graphic needs over a year now and we are consistently blown away by their ability to design exactly what we had imagined, and deliver it to us in lightning-fast fashion. When we took delivery of our new 2021 Kawasaki KX450, we mentioned that we loved the kit we ran in 2020, but wished for a tad more green, like the kits AC and ET ran at last year’s Monster Energy Cup. Three days later, this kit showed up on our office doorstep, and we are stoked! What do you think?  If you’re in the market for a new graphic kit, you’d be a fool not to check out BackyardDesignUSA.com