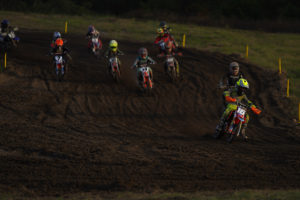 The first-annual Mini Major East by Seven MX is officially in the books, as racing took place this past weekend at Silver Dollar Motorsports Park in Reynnolds, GA. The three-day mini specific race attracted hundreds of entries for its first appearance on the East Coast and when the dust settled Sunday evening; 26 champions had been crowned. We were on-hand sunrise to sunset on each of the days to capture all of the action, as the fastest youngsters in our sport battled it out on perhaps the most appealing track in the south. After watching the on-track action all weekend long, one thing is for certain, the future of our sport looks brighter than ever! Although it’s nearly impossible to recap all of the exciting and noteworthy moments, we’re going to do our best to highlight a few of the youngsters that put together impressive performances at the first ever Seven MX Mini Major East. 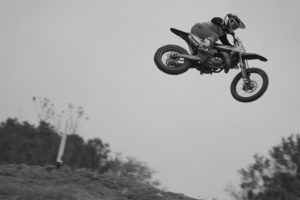 After having to miss out on the Mini Major West, due to a severe burn he suffered weeks before, Seven’s very own Noah Viney flew out from California to line up on the East coast. The trip seemed to be well worth it, as Noah put together a list of dominating rides in each of the 85/150F Supermini classes. Although he had some competition from east coast rippers Leo Tucker and Drew Adams, Noah managed to collect five individual moto wins and take home the overall class victory in both the 85/150F Supermini 1 and 85/150F Supermini 3 Open classes. So after going 1-1 in two of his three classes and scoring another moto win in the third, we’d say Noah Viney was pretty happy with his performance at the first ever Mini Major East. 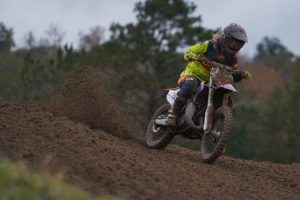 How about those girls! Matt Walker wanted to do something special for the up and coming girls in our sport, so he put together a $1200 purse in the Girls 85cc/Supermini 13-16yrs class. As you’d assume, that seemed to motivate the young ladies a-bit more when gate drop came, as the racing was some of the best we witnessed all weekend. However, there was a clear winner in both motos, as Katie Benson from South Carolina swept both Motos to not only take home the overall win, but also the cash prize! Well done, Katie! 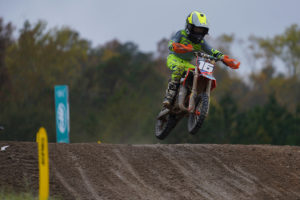 As for those 65’s, the racing seemed to get tighter and tighter the smaller the bikes. In fact, a few 65cc classes saw different winners each moto. However, perhaps the most consistent 65cc performance of the 2020 mini-major east went to Carson Wood. The youngster scored some impressive results in all three of the classes he competed in, the most impressive being his four moto wins he earned in both the 65cc Open 9-11 years and 65cc Open 4-11 yrs Amt/Nov classes. Carson’s 1-1 performance in both of the classes made math easy when it came time to tally up results for the overall class champion.

Check out https://linkin.bio/stux_usa today! They are looking for ambassadors and signing people up. 🤘 Don’t click this image. Visit the website. 😂 @stux_usa ...

Pics are up at SwapmotoLive.com from the Trans Am day 1 of racing! Thanks to everyone who came out to race the Vet only event. @customupfits @odigrips @ogio_powersports #transammx ...

@Ogio_powersports recognizes the Trans Am Vet Classic pulls in racers from all over the country so with that, they've decided to reward “The Kings of the Road” with the best travel package in motocross! Ogio will be rewarding the racer who travels the furthest, gifting them the all new Trucker gear bag, ONU22 carry-on as well as the new drifter backpack! #transam @customupfits @ogio_powersports @odigrips ...