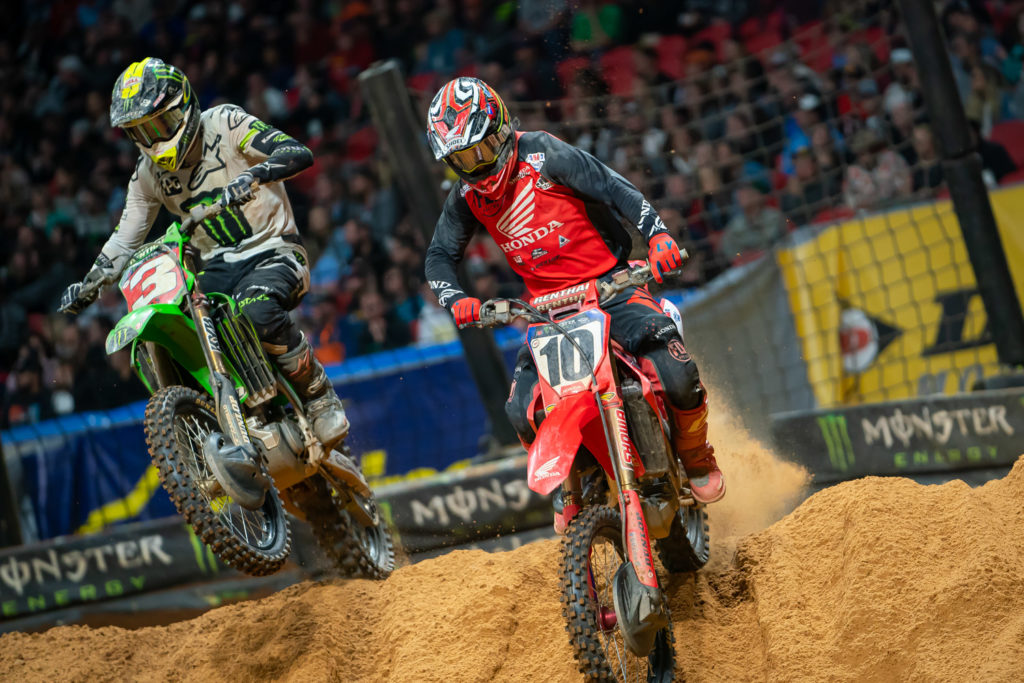 Despite last week’s announcement that the Detroit-Seattle-Denver-Foxborough rounds of the 2020 Monster Energy Supercross Series were canceled, there was a glimmer of hope at the time that Feld Entertainment would try to squeeze in the Las Vegas and Salt Lake City races at some point in the Spring. We knew there were talks between the promoters and the race teams to go to those two towns, with the potential for multiple “rounds” in the same locales, but that seemed to go away when Feld Entertainment laid off a large number of their staff late last week and Nevada-Utah took measures to combat the COVID-19 situation for the foreseeable future. There was an unspoken understanding that the series would take the rest of the Spring off and return after the 11-race Lucas Oil Pro Motocross Championship had concluded, but there was no confirmation that the two races were “off” officially.

On Wednesday, Feld Entertainment announced that the 2020 Las Vegas Supercross and 2020 Salt Lake City Supercross were canceled completely and explained that the remaining rounds (11-17) would be completed at a later time in the year, but when and where remains to be determined.

This brings some sort of resolution to the matter, as we now can expect the Supercross series to pick back up at a later time, with the hope of a seven-race run that will determine the titles in the 250 West Coast, 250 East Coast, and 450 Classes.

The statement from Feld Entertainment is posted in full below…

The 2020 Monster Energy AMA Supercross, an FIM World Championship, is now scheduled to complete rounds 11-17 later this year. The race locations and dates have not been finalized. The following Supercross events have now been cancelled due to this change. Event ticket refund information can be located on the venue or ticketing website: • April 25 in Las Vegas, NV at Sam Boyd Stadium *Includes Sunday Supercross Futures Cancellation • May 2 in Salt Lake City, UT at Rice-Eccles Stadium *Includes Sunday Supercross Futures Cancellation We value you as a fan and appreciate your patience and understanding during this unprecedented time, we look forward to dropping the gate again soon. Continue to visit SupercrossLive.com for real-time updates 💻 #SupercrossLIVE 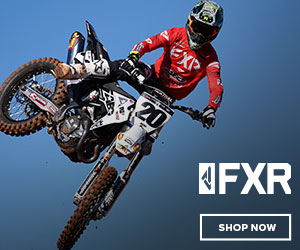