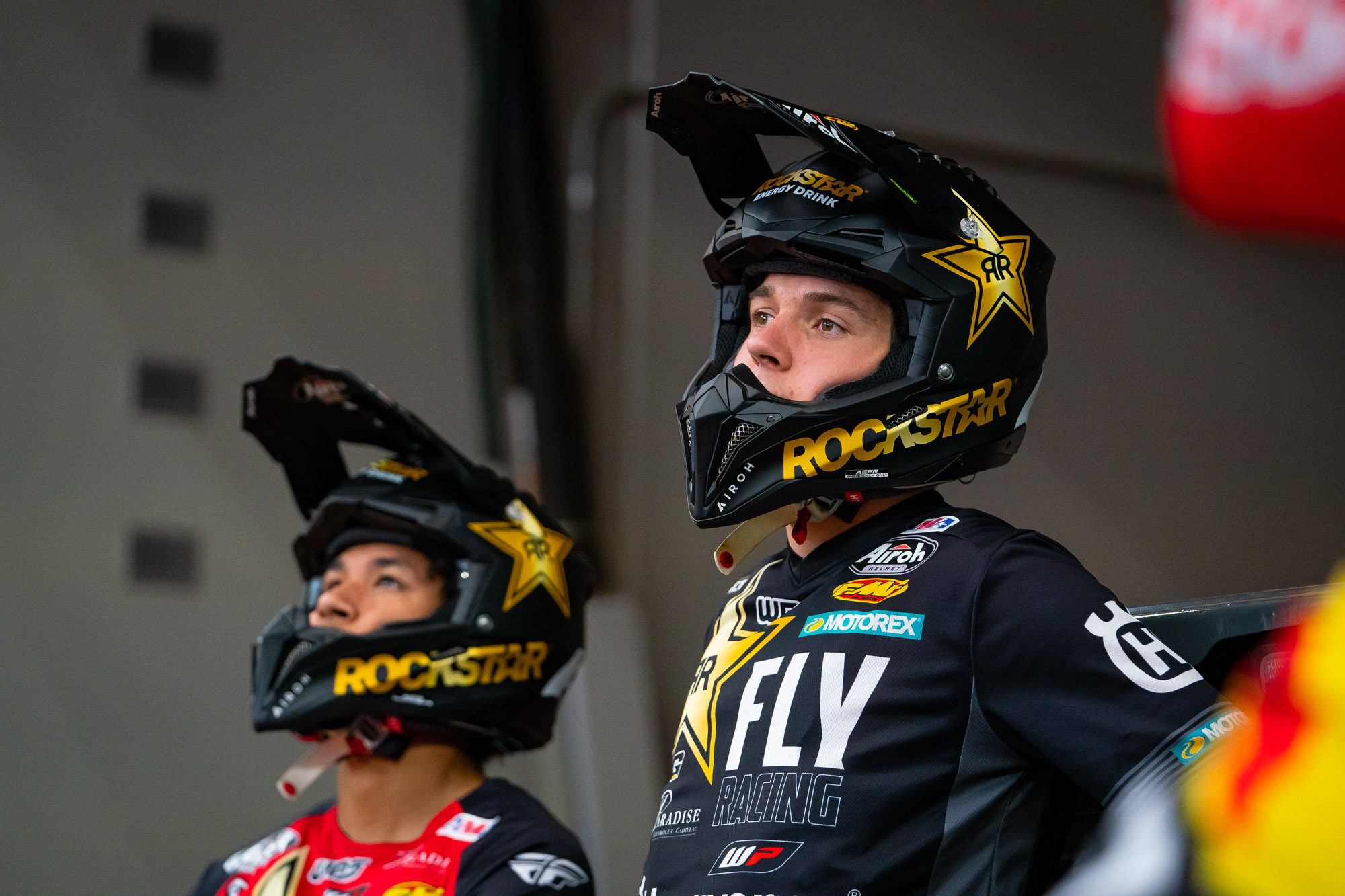 Our time in Texas is almost over. Riders are ready for the 2021 Arlington Three Supercross, the twelfth round of the 2021 Monster Energy Supercross Series and the third race in seven days at AT&T Stadium. We’ve been at it for a while now and the total number of laps, plus the short turnaround time between races, has taken a toll on riders in the field. Fortunately, this checkered flag will bring a two-week break in action and give everyone a chance to regroup before the last leg of the series. 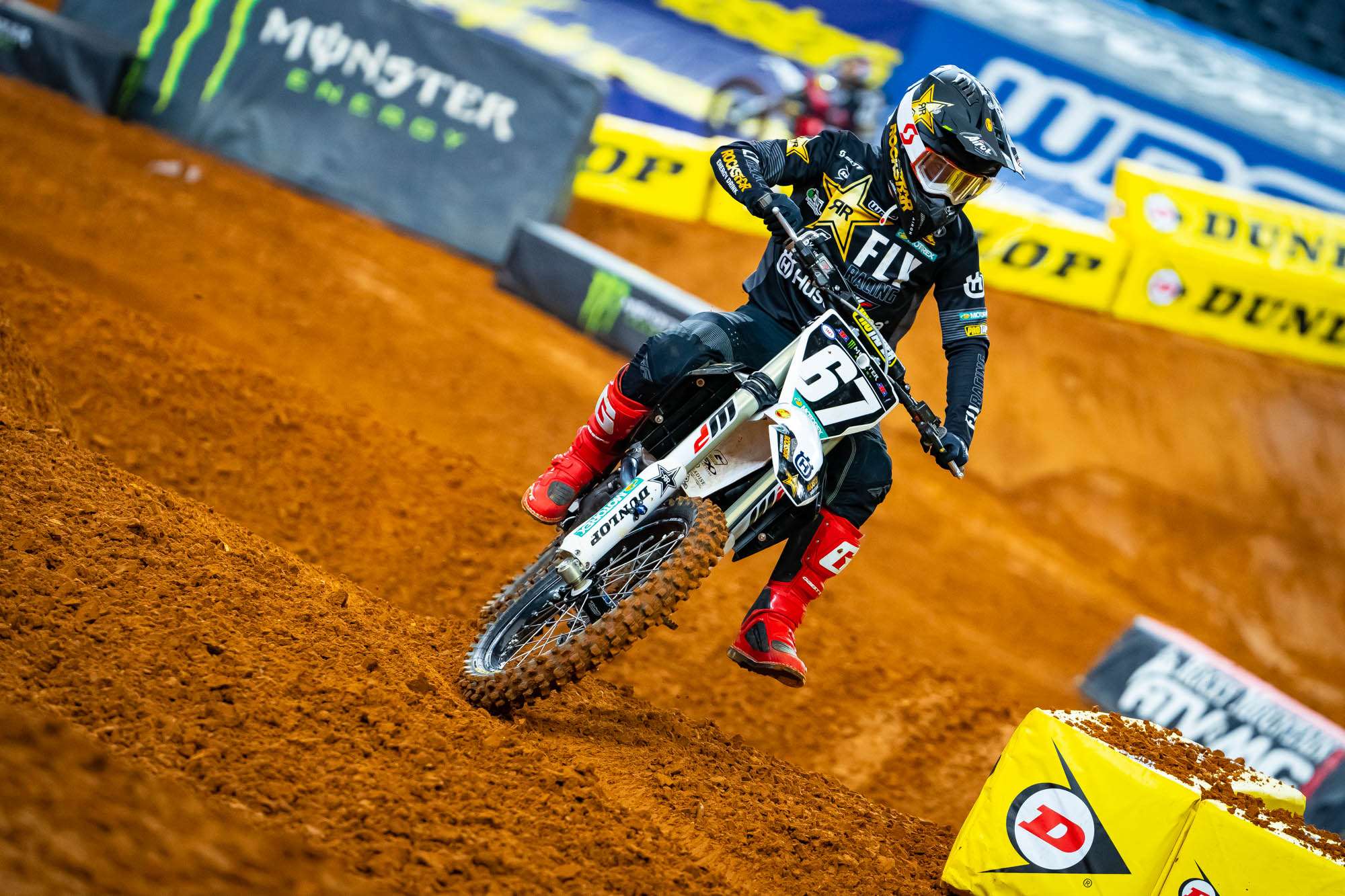 67. Stilez Robertson | The Rockstar Energy Husqvarna Factory Racing rider missed sat out Tuesday’s Main Event due to a foot injury, but is on the entry list for Arlington Three.

80. Jordon Smith | The Monster Energy/Pro Circuit/Kawasaki rider’s ongoing thumb issues led to a crash at Orlando Two, a run-in with another rider’s footpeg at Daytona required 20 stitches and a left him with a sore tailbone, and a crash in the Main Event at Arlington One. He will be on the line for Arlington Three.

6. Jeremy Martin | The Monster Energy/Star Racing/Yamaha rider is absent from the lineup after dislocating his shoulder at the opening round. It’s unclear how long Martin will be sidelined, but he is already back on the bike.

26. Alex Martin | The Manluk/Rock River Yamaha/Merge Racing rider will miss Arlington Three due to a recent wrist injury; Martin was hopeful to race this weekend and will likely return for the Atlanta events.

45. Pierce Brown | The Troy Lee Designs/Red Bull/GASGAS Factory Racing rider will miss the rest of the Arlington races due to a broken thumb.

53. Jake Masterpool | The Supercross rookie will sit out Arlington Three after a number of crashes took a toll on his body.

61. Joey Crown | The CLUBMX rider will miss an undetermined amount of time due to a concussion he suffered at Daytona.

63. Martin Castelo | The JMC Motorsports Husqvarna rider is dealing with an ongoing issue in his hand (fractured bone, ligament damage) that will require surgery. After a crash at Daytona, Castelo has decided to sit out Arlington.

66. Jordan Bailey | The Florida racer will be sidelined for an undetermined amount of time due to a crash and shoulder injury at Arlington Two.

90. Dilan Schwartz | The BARX/Chaparral/ECSTAR/Suzuki rider will sit out Arlington after crash at Daytona left him beaten up. He will return at a later date.

137. Sean Cantrell | The BARX Motorsports/Chaparral/ECSTAR/Suzuki rider broke his collarbone at the opening round and had it plated in order to return to action as soon as possible.

182. Izaih Clark | The TiLube Honda rider had a hard crash in Timed Qualifying at Arlington One and will be absent from Arlington Two.

815. Colton Eigenmann | The Florida racer twisted his knee on Tuesday and will sit out Arlington Three., 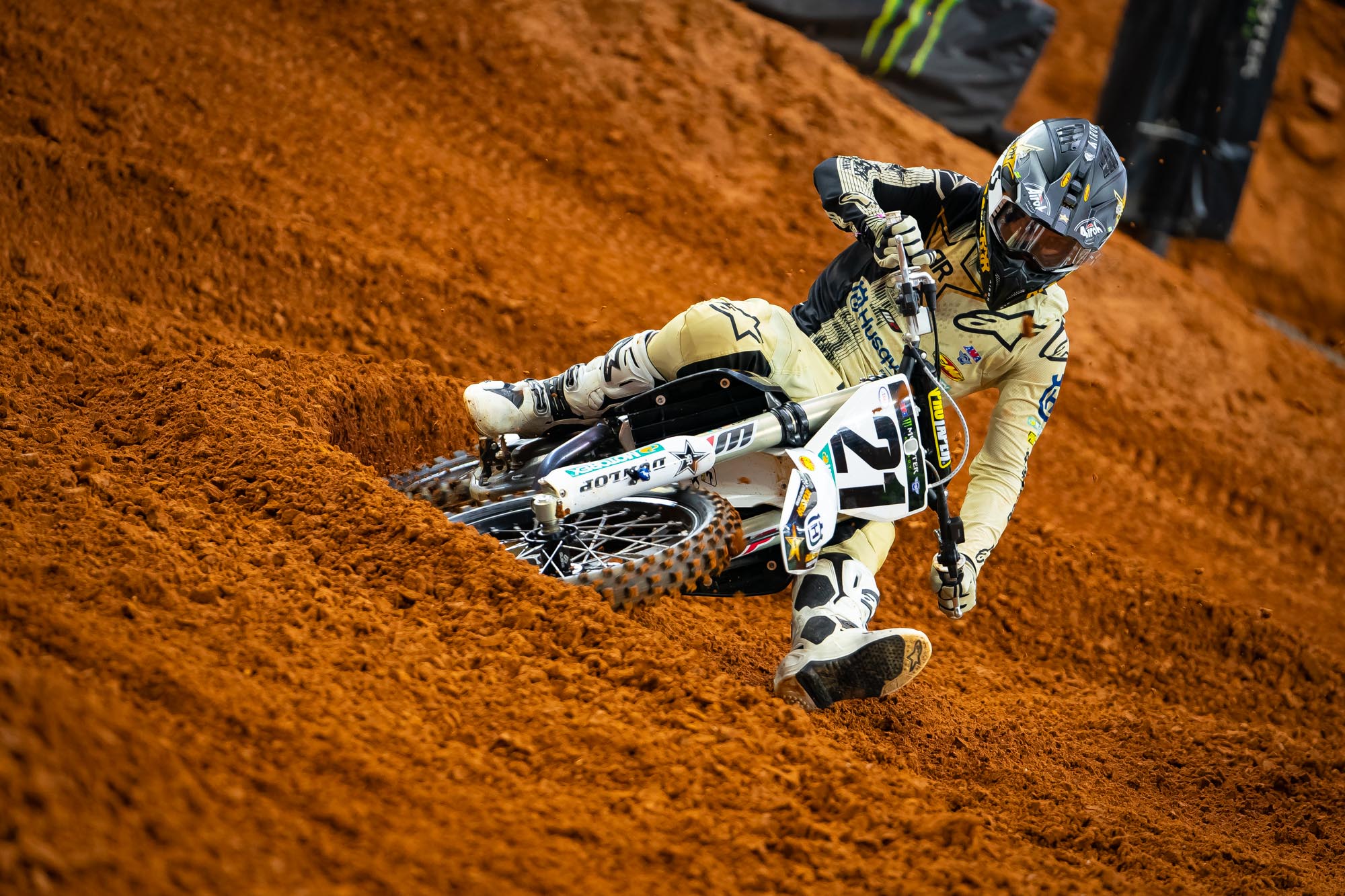 25. Marvin Musquin | The Red Bull KTM rider had a hard crash at Arlington One and sat out Arlington Two, but rode during the week and is on the entry list for Arlington Three.

519. Josh Cartwright | After missing the first part of the season with an ankle injury, the PRMX Racing rider will make his return to competition at Arlington.

9. Adam Cianciarulo | The Monster Energy Kawasaki rider is expected to miss multiple rounds due to a broken collarbone.

12. Shane McElrath | The SmarTop/Bullfrog Spas/MotoConcepts/Honda rider is dealing with pain in his back, something similar to the issues he faced in 2019, and will sit out Arlington Three. He is hopeful to return in Atlanta.

16. Zach Osborne | The Rockstar Energy Husqvarna Factory Racing rider has a bulging disc in his lower back and will miss Arlington.

37. Benny Bloss | The SmarTop/Bullfrog Spas/MotoConcepts/Honda rider injured his foot at Arlington Two and will sit out Arlington Three.

43. Fredrik Noren | The privateer suffered a compound fracture to his femur at Arlington One and will sit out Arlington Three.

57. Justin Rodbell | The SGB Racing/Babbitts Online/Kawasaki rider will an undetermined amount of time due to a knee injury.

722. Adam Enticknap | The Twisted Tea/HEP Motorsports/Suzuki rider will miss Daytona due to a broken collarbone. He will return later in the season.

805. Carlen Gardner | The Team BWR rider suffered an arm injury in the LCQ at Arlington One and will sit out Arlington Two.

981. Austin Politelli | The HRT-backed privateer has been dealing with lingering symptoms from a concussion and another hard crash at Daytona has put him on the sidelines for Arlington. 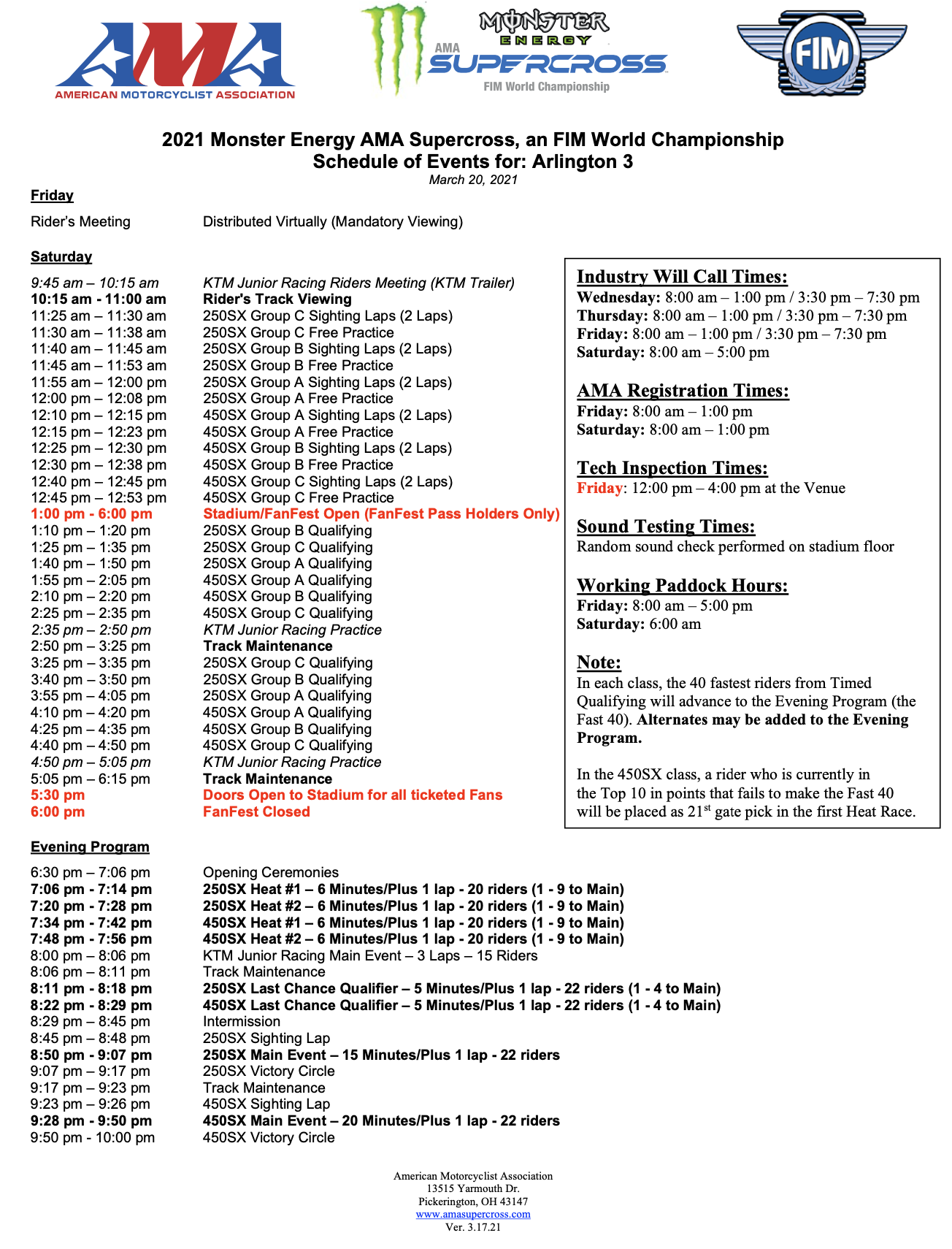