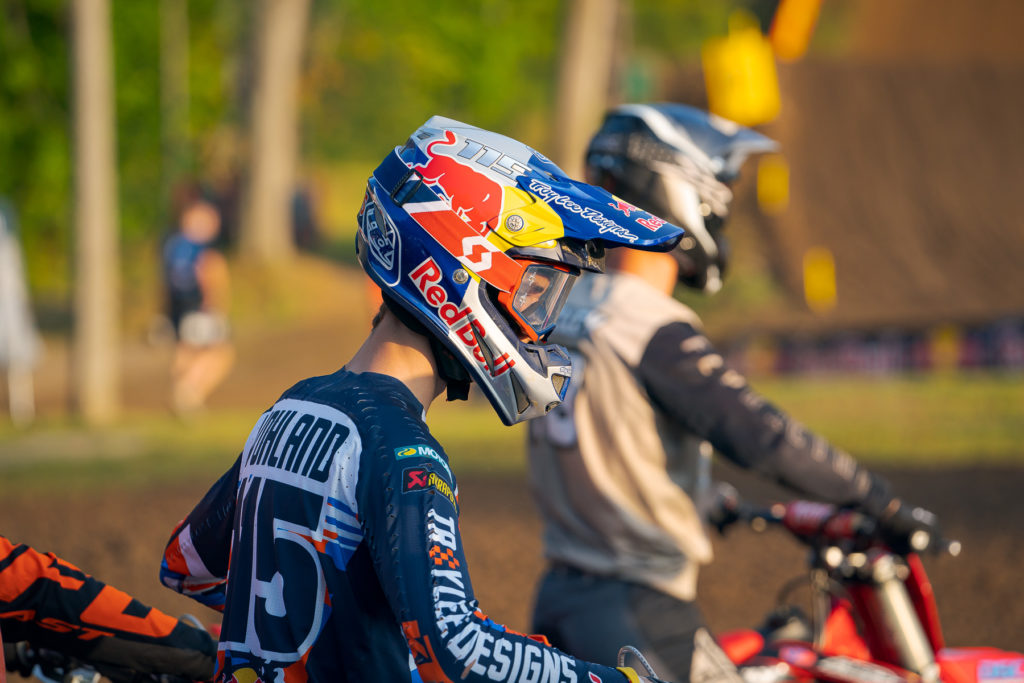 Back to where it began. The 2021 Lucas Oil Pro Motocross Championship has returned to Southern California for round eleven of the summer, the 2021 Fox Raceway Two Motocross. This will be the only track on the Pro Motocross tour to get two races this year, and fortunately, it’s a place that riders know well.

The track crew has made some modifications for the weekend, including a reversed layout that you can see below, but the main talking point of this post in the competition. Illness and injuries have sent a number 250 and 450 Class racers to the sidelines, and you’ll see that some more names have been added-subtracted from the entry lists for the SoCal round.

18. Jett Lawrence | The Team Honda HRC rider leads the championship standings; the overall win at Ironman puts him 11-points ahead of Justin Cooper.

32. Justin Cooper | The Monster Energy/Star Racing/Yamaha rider is now second in the championship standings; Cooper has allegedly been saddled by a thumb injury and illness in recent weeks.

33. Derek Drake | The BARX/Chaparral/ECSTAR/Suzuki rider returns to action after undergoing surgery to repair a lifelong heart condition earlier in the summer.

41. Hunter Lawrence | The Team Honda HRC rider is third in the championship standings; he trails leader Jett Lawrence by 95 points.

227. Jae Min Lee | The Korean National champion will line up in the 250 Class at Fox Raceway.

6. Jeremy Martin | The Monster Energy/Star Racing/Yamaha rider is out for the rest of the summer due to a broken arm at Ironman.

47. Jalek Swoll | The Rockstar Energy Husqvarna Factory Racing rider dislocated his shoulder repeatedly at Ironman and is out for the rest of the summer.

48. Garrett Marchbanks | The CLUBMX rider is out for the remaining races due to a recent diagnosis for Addison’s Disease, which has limited production of necessary hormones; Marchbanks and the team will reassess his health for the final rounds of the season. He also recently underwent an elective procedure to address arm pump issues.

64. Colt Nichols | The Monster Energy/Star Racing/Yamaha rider injured his shoulder in 250 Moto Two at Washougal. Although Nichols got back on the bike and put in practice laps in California, he will sit out the rest of the season.

67. Stilez Robertson | The Rockstar Energy Husqvarna Factory Racing rider has dealt with a lingering knee issue all summer and sat out Washougal due to an illness. He raced 250 Moto One at Unadilla, withdrew from 250 Moto Two, and is absent from the pre-entry list for Fox Raceway.

80. Jordon Smith | The Monster Energy/Pro Circuit/Kawasaki rider underwent surgery to repair a shoulder injury and will sit out the Pro Motocross season.

150. Seth Hammaker | The Monster Energy/Pro Circuit/Kawasaki rider will sit out the final races of the summer after a hard crash and concussion at Budds Creek.

3. Eli Tomac | The Monster Energy Kawasaki rider is third in the championship standings; he trails leader Ferrandis by 71 points.

7. Aaron Plessinger | The Monster Energy/Star Racing/Yamaha rider had a wild loop-out at Unadilla, was sent to a local hospital after he coughed up blood and was discharged with a bruised liver and bruised lung. He pulled out of Motos at Budds Creek and Ironman, but intends to try again at Fox Raceway.

25. Marvin Musquin | The Red Bull KTM rider missed Ironman due to COVID, but is back on the entry list. It’s uncertain if he will race as of yet.

29. Christian Craig | The Monster Energy/Star Racing/Yamaha rider had a body-jarring slam in 450 Moto One at Budds Creek and sat out Ironman due to ongoing soreness, but will be back for the final races.

34. Max Anstie | The Twisted Tea/HEP Motorsports/Suzuki rider has completed the COVID protocol and will return to action at Fox Raceway.

51. Justin Barcia | The Troy Lee Designs/Red Bull/GASGAS Factory Racing rider missed multiple races because of injuries from a recent practice crash. Hopefully to return before the end of the season, Barcia is on the entry list for Fox Raceway.

94. Ken Roczen | The Team Honda HRC rider is second in the championship standings; he trails leader Ferrandis by 50 points.

15. Dean Wilson | The Rockstar Energy Husqvarna Factory Racing rider dealt with Epstein-Barr Virus for much of the summer and will sit out the final races of the season.

21. Jason Anderson | The Rockstar Energy Husqvarna Factory Racing rider suffered a broken hand and busted teeth after a mechanical issue caused a practice crash. He is not expected to return before the end of the season.

464. Dominique Thury | | The CLUBMX Yamaha rider tore his bicep at Unadilla and is done for the summer. 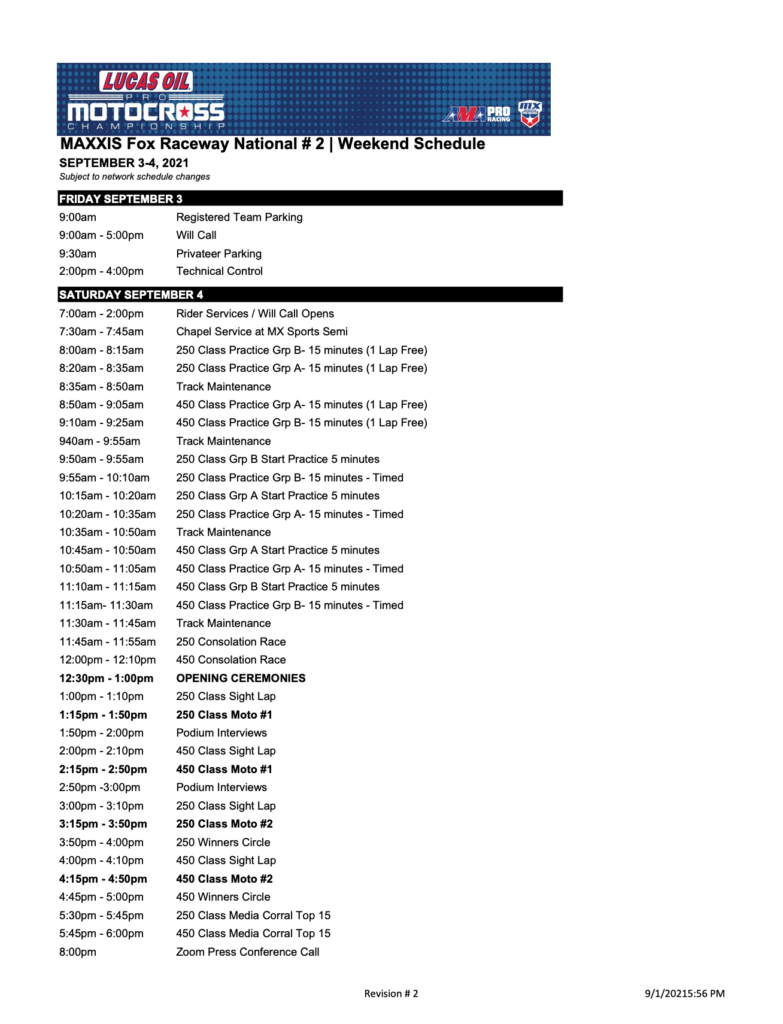